It was a mystery. We were on our way to the mountains and stopped at a fuel station to fill up with Diesel only to find that we had no petrol (or should it be diesel) cap.

Paul swears that he didn’t forget to replace it when we last filled up. So has someone taken it? We have never had the key, so it would have been possible for someone to filch it, but why would they? There didn’t appear to be any fuel missing so we hadn’t been siphoned.

Anyway, to avoid any conflict I’ve given Paul the benefit of the doubt. We picked up a universal spare so that we at least have something over the hole, but a search for a proper replacement would have to wait until we get somewhere with some auto or camper spares shops.

In the mean time we made it up into the mountains, stopping at a free sosta near Civitella Alfedena (we couldn’t work out how to dispose of our toilet waste here but there was water). We had intended to investigate the ski resort nearby but the area was incredibly busy and we couldn’t find a reasonable parking spot near to the skiing. We later found out that it was the Italian Under 16s ski championships, typically we only found this out as we left the area. 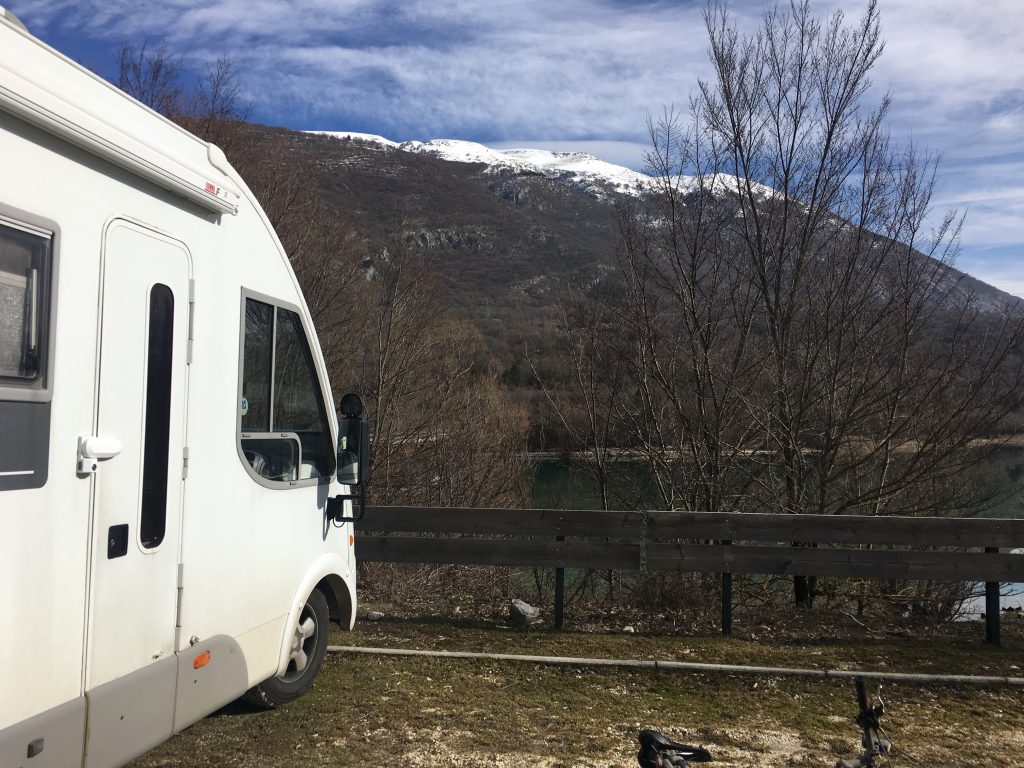 The sosta here is on the shore of a lake and we decided to take a quick trip around the lake on our mountain bikes before heading off again. This was our first ever cycle over snow, a much more strenuous experience than I’d expected with the tyres skidding over the snow and ice and requiring a lot more effort and careful handling to gain any traction. Where the snow had started to melt the ground was very slushy and the mud was deep. Thankfully it was an easy route so it gave us an opportunity to practise, I had even more respect for the guys who had cycled up Vesuvius over snow. 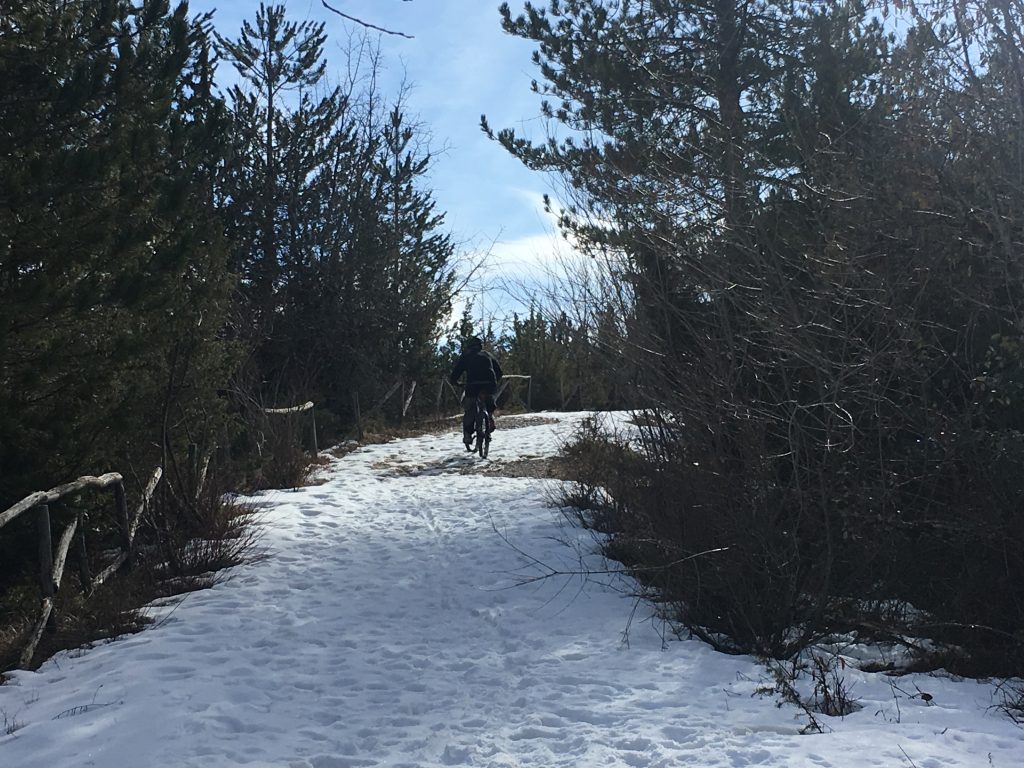 A little hill, but still tough over the snow 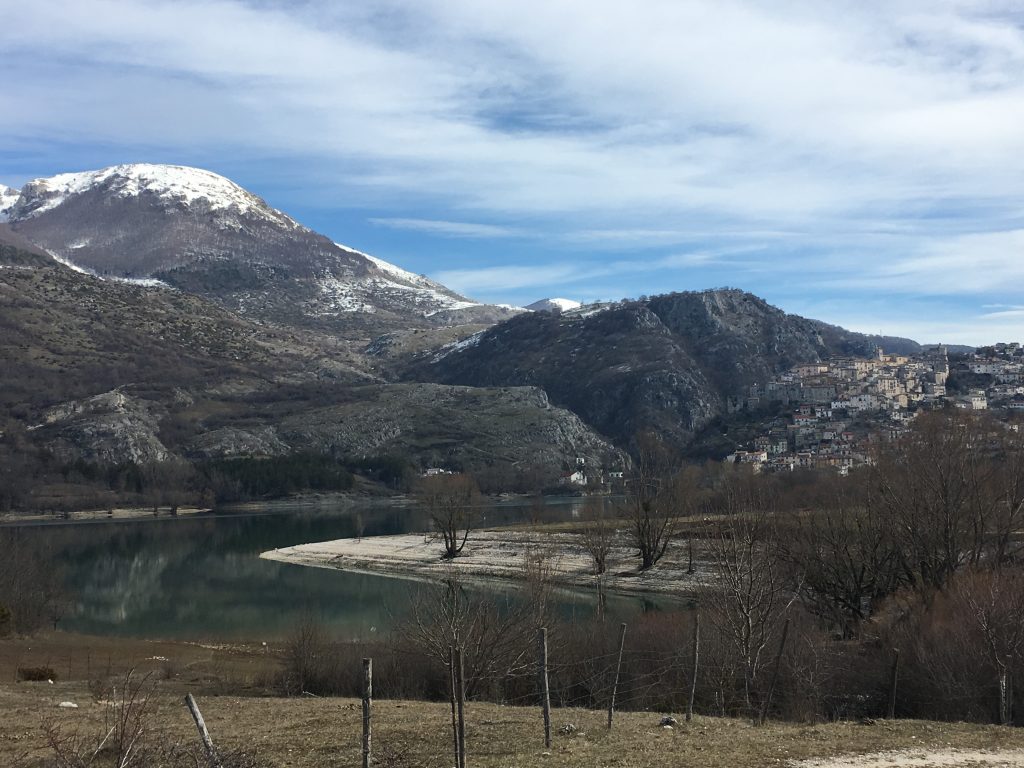 The view across the lake 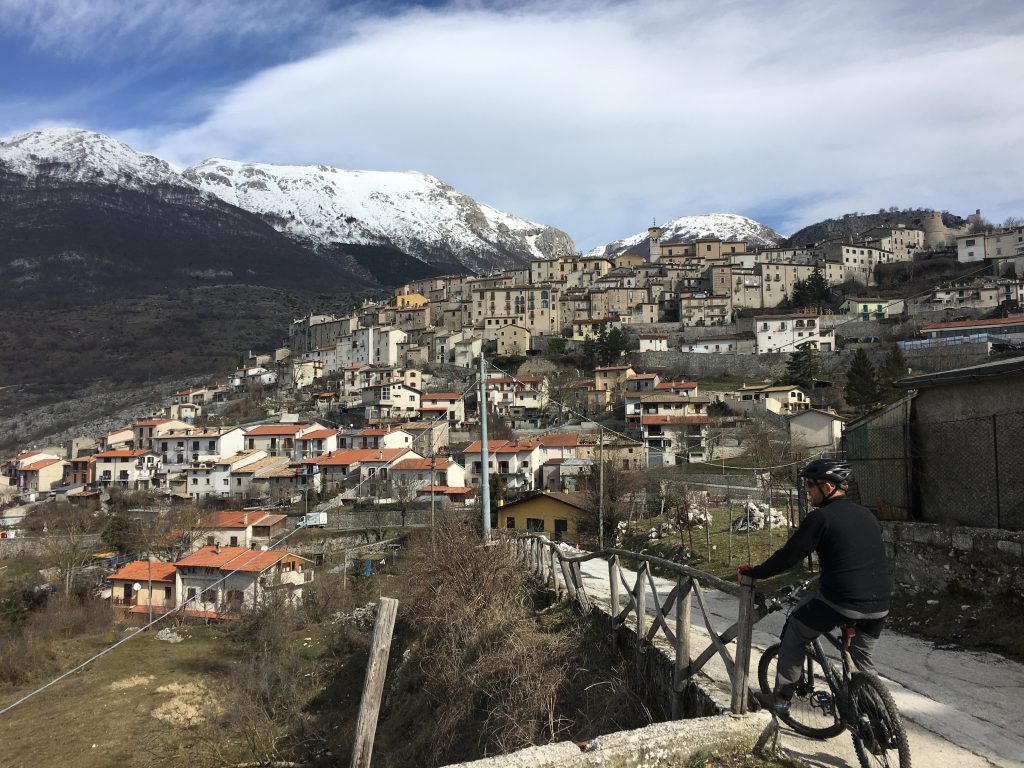 The village of Barrea at one end of the lake

Without the option of skiing there wasn’t much to keep us here – the walking trails were deep with snow and we don’t have snowshoes (maybe something for the future). More snow was forecast for the coming days, so we made our way back down from the mountains before we got stuck. We’ve seen how beautiful the area is and will be back again.

2 thoughts on “Whatever Happened to that Petrol Cap?”