The weather seemed to have suddenly turned a corner, we had gone from cool breezy spring days to warm and muggy almost overnight. It was the sort of weather that invited thoughts of refreshing sea breezes and taking a dip in the ocean. Our bedding did not match the weather, flannelette may have been a god-send in the winter when we wanted a bed that felt warm as soon as we were in it, but now it was time to change back to fresh flat cotton that feels cool to the touch.

We had parked up along the coast at Specchiolla, between two beach restaurants that were still in pre season maintenance mode. When we turned up there were a number of Italian vans who had been enjoying a weekend by the sea, but they left by dark and we were in peace with just the gentle sound of waves on the shore. 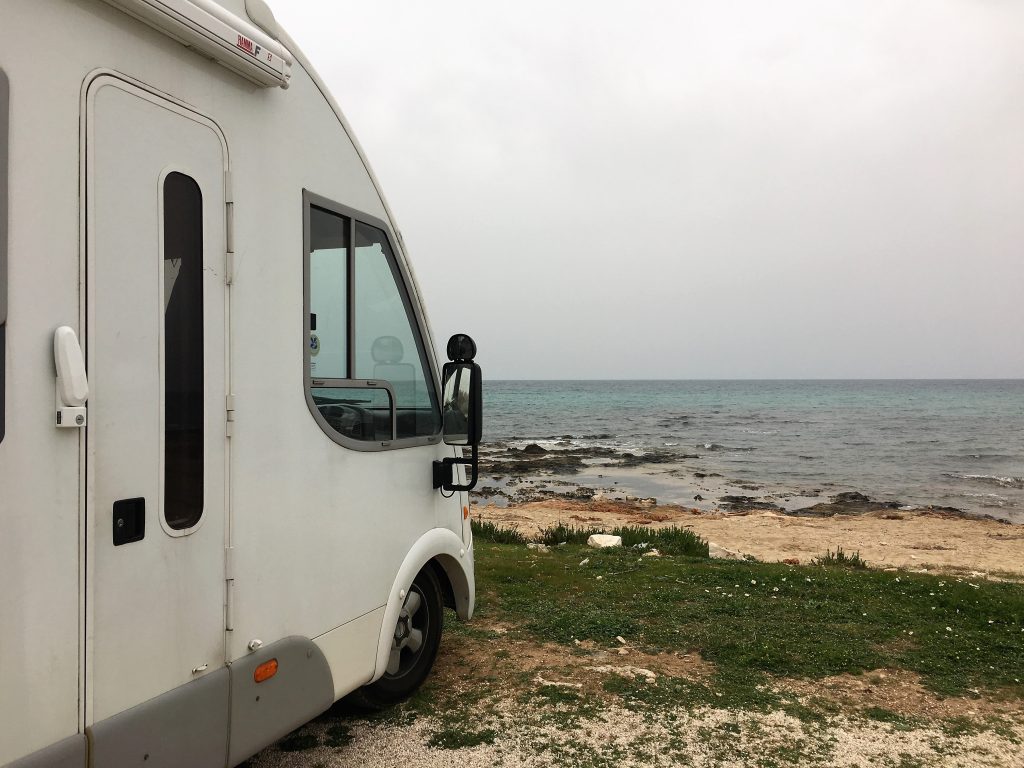 Bertie by the sea at Specchiolla

The following day we took a walk along the coast to the nature reserve of Torre Guaceto. It was a beautiful walk besides sandy beaches and coves with crystal clear water beckoning us invitingly. On the way back I took the plunge and went for a swim, the sea was bracing and Paul only just managed a paddle, a few other walkers going past shivered as they watched the mad English woman. 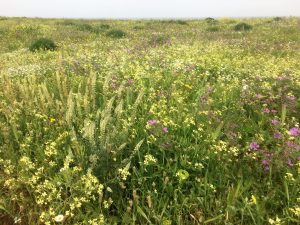 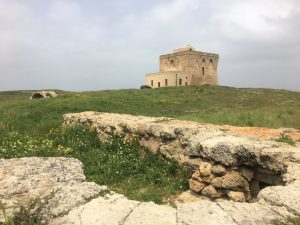 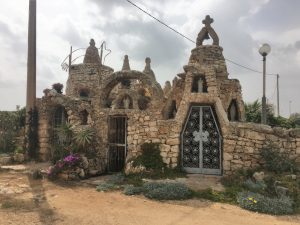 Shrine at the entrance to someone’s villa 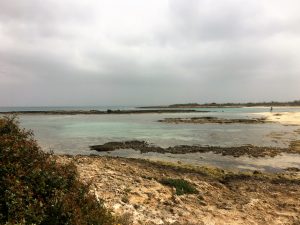 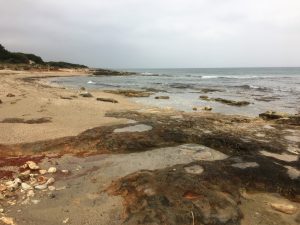 Where we were parked the rocks formed pools and inlets full of seaweed active with small crabs, shrimps and tiny fish. That evening we watched people fishing with strange lures, we weren’t sure what they were trying to catch – we didn’t see anyone catch anything.

The following day we moved down the coast, passing by Brindisi where we stopped for some supermarket essentials. We parked in Torre San Gennaro, a seaside town that was almost lifeless apart from a couple of cafes doing their pre-season painting. The coast here was friable limestone and clay, a look could crumble it into the sea. Our parking area had new bollards in it to stop anyone from venturing too close to the edge where the sea had undercut the asphalt. We bimbled around the coast, wondering what had created the perfectly round rock pools, like miniature craters. Lumps of clay – we surmised – that had been scoured out of the harder rock by the sea. 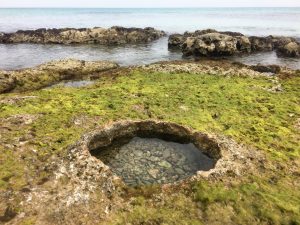 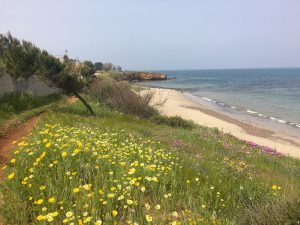 Along the crumbling coast 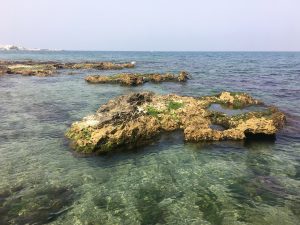 That evening we were treated to a mysterious spectacle of fishermen and snorkelers using bright torch light to hunt for sea creatures. Octopus maybe? Some of them were carrying spear guns with multiple spikes on the end, others were using glass bottomed trays to spy under the water. Whatever they were doing it provided an evenings entertainment. 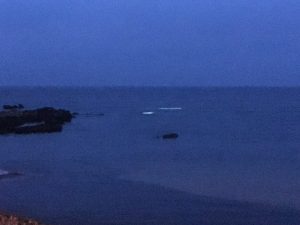 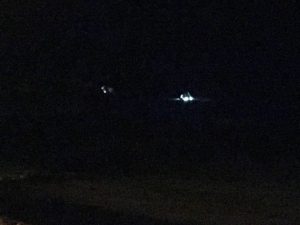 2 thoughts on “Watching the Fishermen”