We spent 30 days in Portugal, travelling from North to South. You’re never far from the coast in Portugal, but we found some of our favourite spots inland and ended up zig-zagging between coast and country.

The weather while we were in Portugal (early November – early December) was mostly hot and dry. Unseasonably so. We met a number of local people who commented on how unusually dry the year had been and how the autumn was usually much wetter especially in the hills. The dry weather was wonderful for us tourists, but for the locals it was worrying with tragically severe forest fires earlier in 2017 and many people’s agricultural income affected.

Number of nights spent in Portugal: 30

Number of different overnight locations: 21 (of which 3 were campsites and the rest were parking spots, most of which were free but 2 were paid). We didn’t use our ACSI Camping Card at all in Portugal, two of the campsites we used were part of the Orbitur group who have a string of campsites down the length of the country. You can get a discount card for Orbitur which might be worth considering if you want to spend a lot of time in Portugal, their campsites were well placed but in my opinion the facilities needed a bit of investment for the price. The other campsites that were open tended to be ACSI prices anyway even if they weren’t part of the scheme, a lot were closed for the season in the north of the country.

We found plenty of spots for grey/black waste and water, some of these were in supermarkets – Intermarche in particular. We bypassed most of the Algarve and didn’t encounter any issues with free parking. Police either ignored us or just gave a quick salutation, we don’t tend to indulge in ‘camping’ behaviour (i.e. tables and chairs outside) outside of campsites which might have helped, we don’t know.

Number of miles driven: 1215 miles in Portugal. Our average fuel (in)efficiency was 23.18 MPG. Our cost per mile was 22 pence. Fuel in Portugal was pretty expensive, but cheaper fuel could be found in Supermarkets (particularly Intermarche). Apart from that there seemed to be no rhyme or reason to the cost of fuel, grab it where it’s cheap.

We used toll roads in Portugal because it was quite difficult to avoid them completely. There are two types of toll roads. One is more traditional and uses tickets that are collected at the start of the journey and the toll is paid on leaving the main road (avoid the Via Verde lanes unless you have a Via Verde device). The second type uses automatic number plate recognition, the easiest way to pay for these is to register at the drive through stations, but there are only four places to do so. More details can be found on the website here.

Lots of towns and villages have traffic control cameras that will turn traffic lights red if you are speeding, this slows down traffic particularly in 50kph zones, but can be infuriating when you think you’re under the limit. Slow right down in towns and villages.

For overnight locations we mostly used the information available through the Camper Contact app (called Parkings in the app store), or Park4Night. Sometimes we found locations on the searchforsites.co.uk website but it generally had less information that the other two apps. We don’t carry the ‘All the Aires’ books as – we find that the apps are good enough.

You can find the map of the parking locations we have used here.

We loved the inland areas in Portugal. The Peneda-Gerês national park was particularly beautiful with it’s granite mountains. No denying that the beaches are beautiful, but we were surprised by the variety and interest inland. We will definitely be back to explore more. We also enjoyed our walk on the Paiva walkways and would like to go back and explore that region more. We just want to go back!

There are so many castles, forts and monasteries that it would be difficult to choose the best. The best of the forts seem to be inland on the defensive border with Spain. We ended up deciding to visit at least one of each on this trip and probably didn’t chose the best ones, but that leaves more to do next time.

Porto was amazing – Lisbon had been visited before and is also a great city. Port is good value if you avoid buying it in the tourist resorts, but don’t expect a major bargain.

The sound of surf when at the beach became so ubiquitous that we missed it when we headed inland. We aren’t surfers but we enjoyed watching the surfers and playing in the surf where it seemed safe enough. We did miss swimming in the sea though and I can see why there are so many river beaches in Portugal – far too cold in the winter though.

Portuguese cakes and pastries were incredible. I tried a different variety everywhere I went. Most cakes are egg, sugar and nut based and can be sickly if consumed in excess, although somehow I couldn’t stop myself. From the guardanapos, which looked a little like custard sandwiches, to my favourite honey and walnut biscuits, which looked dry but tasted like a soft nutty gingerbread. 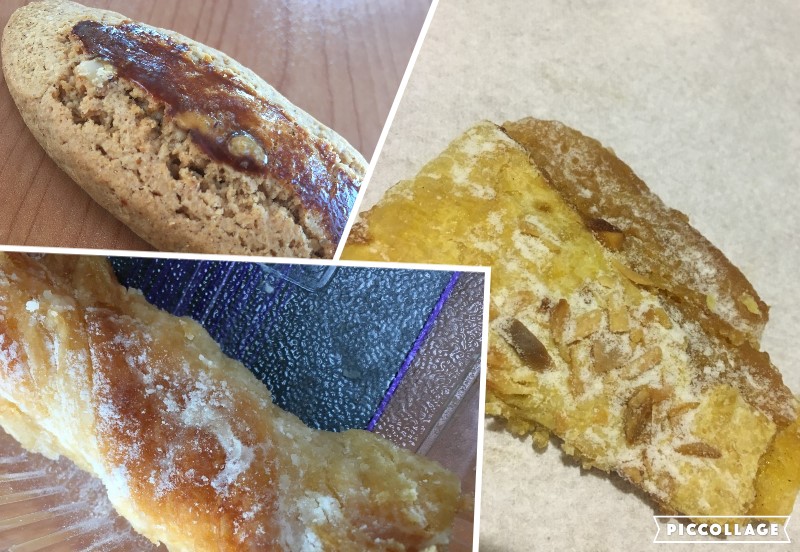 A selection of cakes – they may not have the sheer artistry of French patisserie, but they are sweet and satisfying

Portuguese seafood is also exceptional – in my opinion Atlantic seafood is much better than Mediterranean. Try percebes (goose neck barnacles) and the mussels will always be good.

We did a lot of supermarket shopping in Intermarche. They seemed to have the widest variety of produce and also sold French cider which was very important. They also sometimes had motorhome facilities and self-service laundrettes.

Every supermarket sold Bacalhau – dried and salted cod, usually from Norway, stacked in great heaps in the supermarket – you can smell it. Don’t be put off by the smell though, once soaked and re-constituted it’s just pleasantly firm, slightly salty, cod that makes great fishcakes and bakes.

Paul was very disappointed with the Portuguese varieties of Strongbow and Somersby cider which were mixed with apple juice for a unique taste that was almost, but not quite, entirely unlike cider. 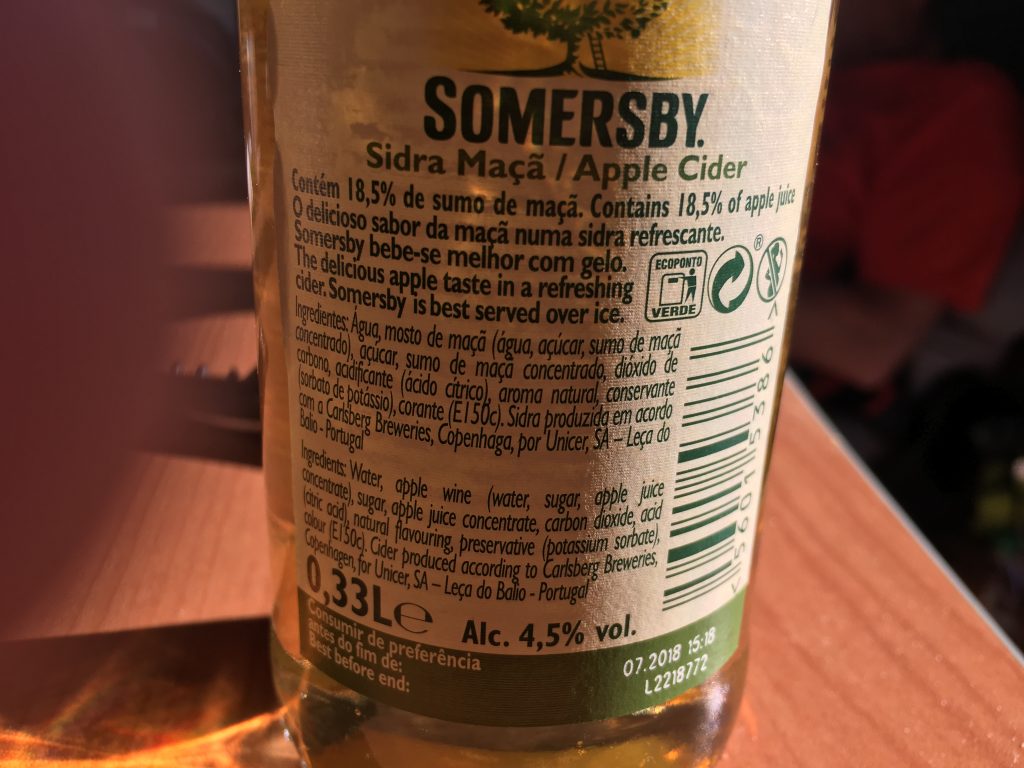 Most people speak some English, from supermarket checkouts to tourist offices, although this made us feel very lazy it did help us interact as our Portuguese is limited to stock phrases.

Eating out was good value but not as cheap as it was 2 or 3 years ago. A product of the exchange rate but also of the general rise in the cost of living. A meal for two could easily come in for under €30 if you stick to local dishes and wine. Meal times are far more aligned to UK times than in Spain, but still our experience was that it doesn’t liven up in restaurants until 8pm.

For walking and cycling routes we used tourist information and wikiloc. We didn’t buy any detailed maps, on the occasions we wanted to we couldn’t find anywhere selling them and I think you’d have to buy in the bigger towns or order online. Many waymarked routes had been impacted by forest fires and tourist information offices were always very well informed about the latest status of paths.

Visit! Don’t just do the Algarve, see the west coast beaches, the mountains, the history and the culture. Compared to France and Spain it’s a compact country and easy to take in a bit of everything in one holiday.

2 thoughts on “Portugal – So Many Things to Do, See, Eat and Drink”