Every blog I’ve read has reported disappointment with the Leaning Tower of Pisa. So it was with lowered expectations that we headed for Pisa. A bit of backtracking but the weather forecast was gloomy and we thought it would be a better day for sightseeing than for outdoorsy stuff.

After Lucca this was another location with reports of thefts from vehicles so we opted for a parking spot that seemed slightly more secure with a manned office (not 24 hours, but we weren’t intending to spend the evening out). It was on the Via di Pratale and was signposted at most junctions. Our satnav told us that we were entering the Pisa environmental zone (the Zona Traffico Limitato) at one point, and although we didn’t see any roadsigns for it I cant guarantee there weren’t any – there were lots of signs that I couldn’t keep up with. There is a map of the ZTL entry point cameras on the official site here.

We got to the site and got ourselves parked up – no need for electric so it was €12 for 24 hours – then it was off to explore Pisa and see what all the disappointment was about.

From the parking spot we followed the Medici aqueduct into the city. This work of renaissance engineering once bought waters from the hills north of Pisa. Now, although mostly intact (we had to drive under it to get into the sosta) it is no longer in working order. It still runs all the way to Asciano though and you can follow a bike path along it’s length. 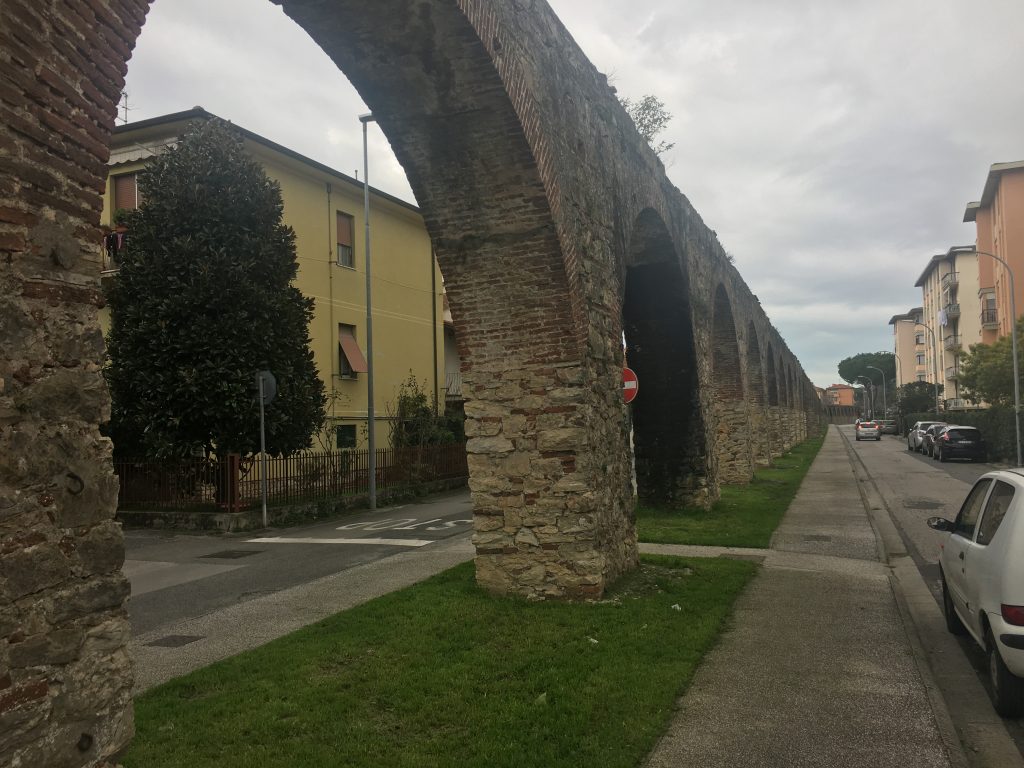 The aqueduct running through Pisa

The old town of Pisa seemed very similar to Lucca, plenty of renaissance buildings, cobbled streets and piazzas. We wandered around for a bit before heading to the tower planning to be underwhelemed.

As we entered the Piazza del Duomo our first impression was of the striking white buildings. In contrast to the earthy tones of the surrounding buildings each of the buildings in the piazza were radiantly white, like the bones of the city exposed. There is more to Pisa than the tower, and maybe this is one source of disappointment. The tower was built as the bell tower of the cathedral, and so was never meant to be the starring feature of the area. The cemetery is a massive block of marble, the cathederal likewise is huge and imposing. The baptistery with it’s impressive dome adds some more graceful curves. The tower is small in comparison to all three, and it’s not even unique – all the buildings in the area are leaning slightly. But despite the relatively small size it really does make an impression, when you stand next to the tower and look up you get the vertiginous feeling that it’s toppling down on you. 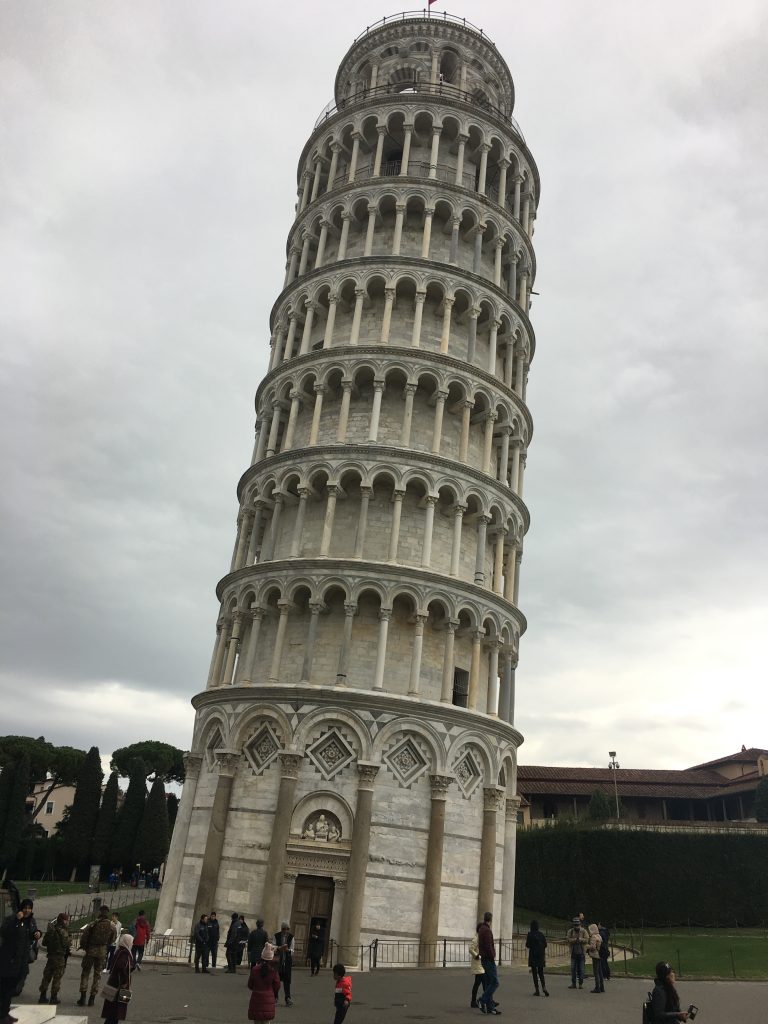 Yes – it really does lean 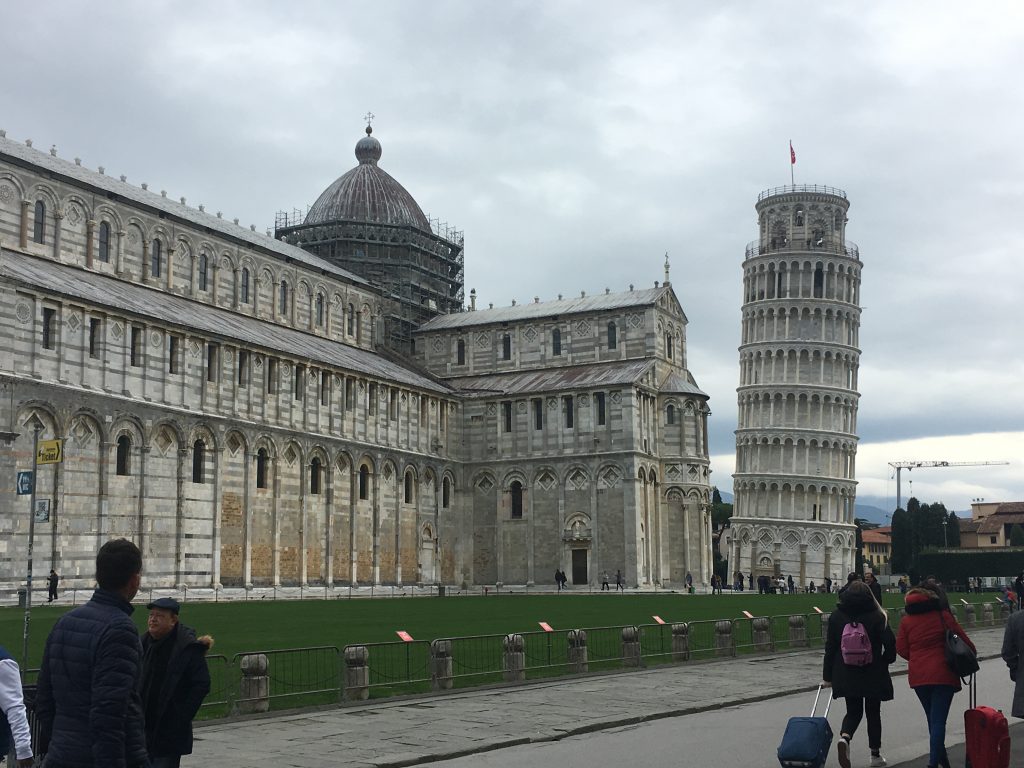 The cathedral and tower, it gives a sense of the angle the tower leans at. 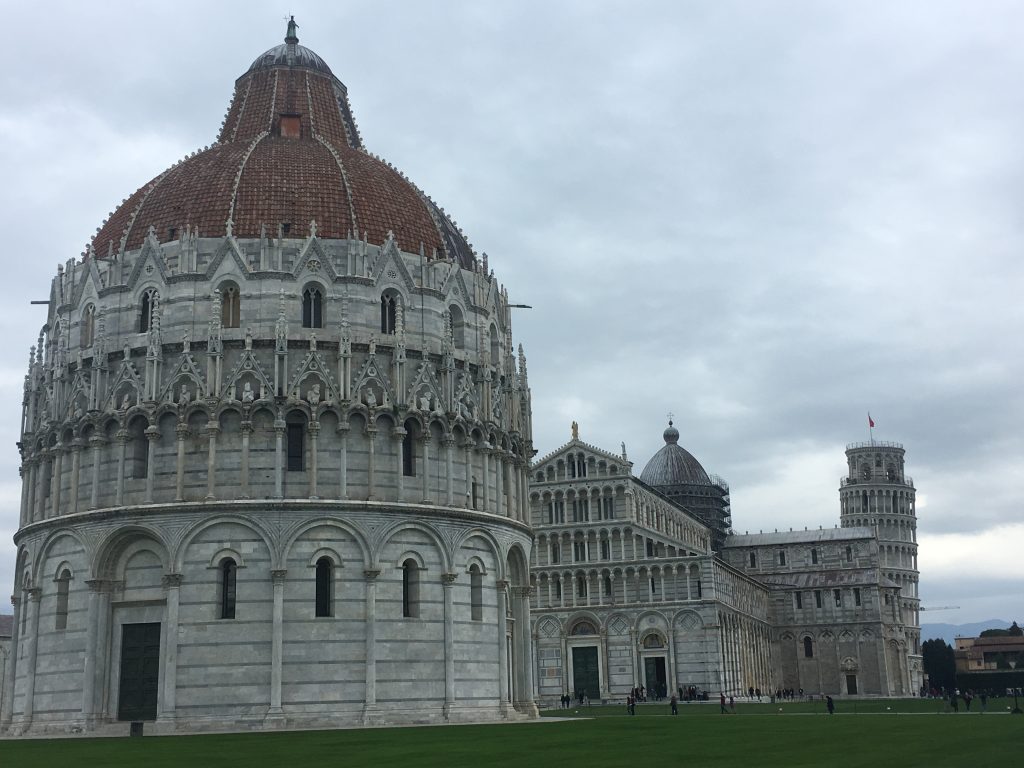 We visited the cathedral, which is free but you have to pick up a ticket to get a time slot. We would have liked to climb the tower, but at €18 a pop it was far too much for us, especially as we had plans to spend our money later that day. We enjoyed wandering around the Piazza dei Miracoli, although the only thing remotely miraculous was the number of foreign tourists that had emerged from the woodwork. 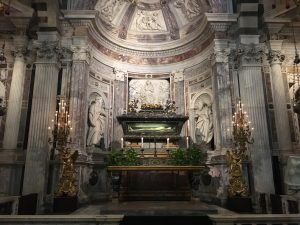 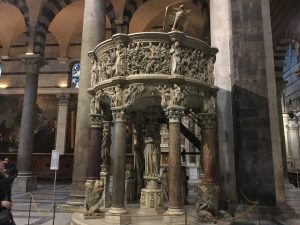 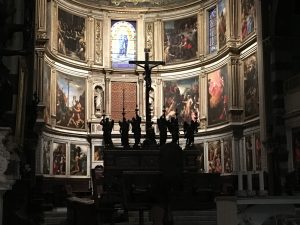 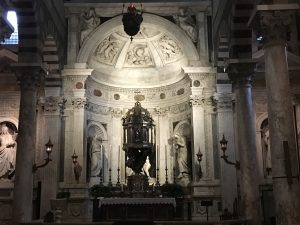 Later we wandered down to the Arno river heading for Palazzo Blu. When i’d been googling places to visit in Pisa I’d found out that there was an Escher exhibition being held. It felt like a stroke of good fortune to be able to see this after our visit to the Dali Museum, bringing back fond memories of the posters on my university bedroom walls. The exhibition bought together a large volume of Escher’s work, arranged mostly thematically, but also with a bit of history. I had been a fan of the paradoxical towers and geometrical pictures when I had been younger, but this time it was the reflections that captivated me. 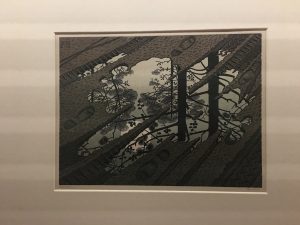 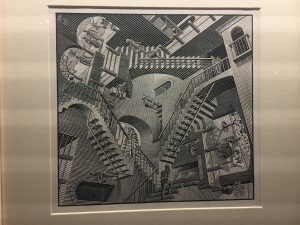 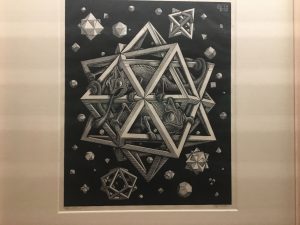 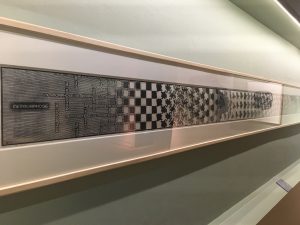 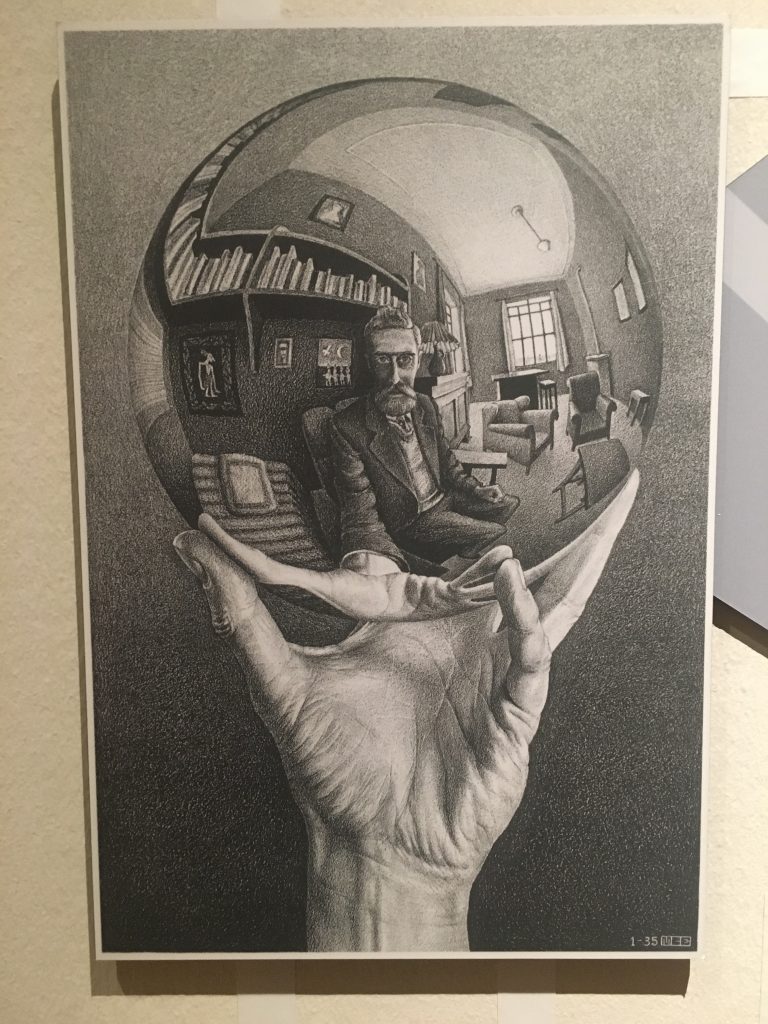