Part of the appeal of Tuscany, we decided, was the amount of green growth we could see. Even in winter when the trees were mostly bare, the hills and pastures, riverbanks and gardens all had a verdant glow. And of course that reminded us of home, the ‘green and pleasant land’ of the UK. No wonder so many British people gravitate here, there is enough similarity to the UK to make it comforting but at the same time there are enough differences to make it feel like a foreign land. The exclamation points of cypress trees, the olive groves with their silvered leaves and the endless vineyards all tell you that you are somewhere else. 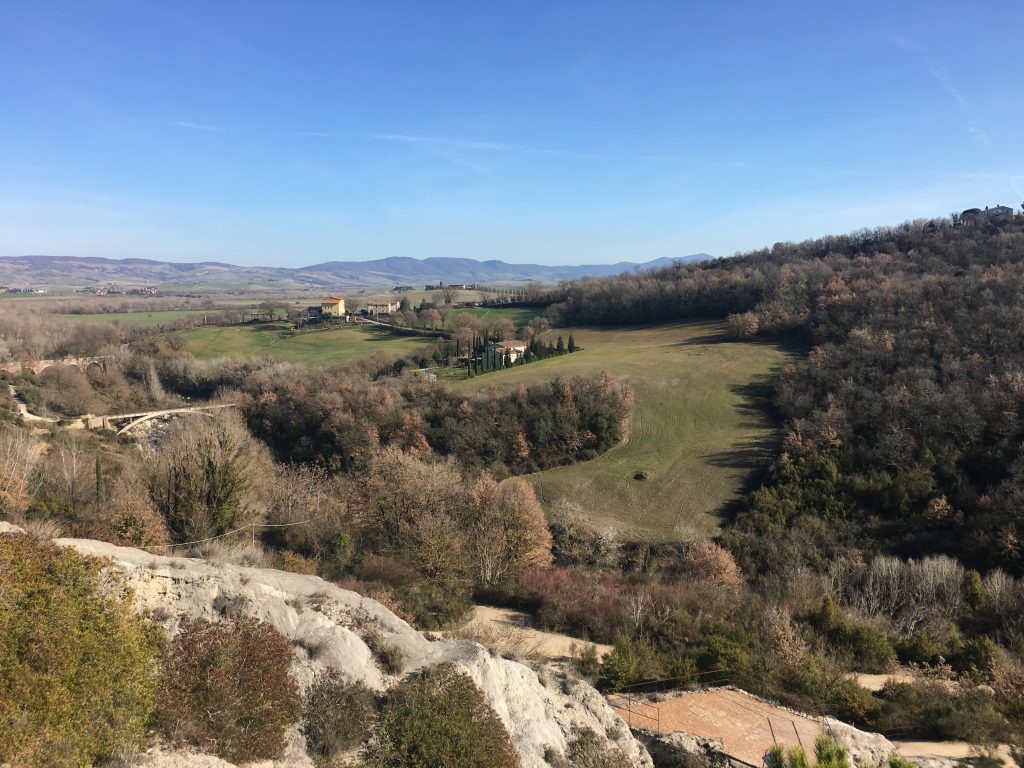 We started our voyage through the Tuscan countryside in Greve-in-Chianti, the main town in the area. We arrived on the Saturday afternoon with the market starting to pack up, but still it was a busy town with mainly Italian visitors making the most of a fine weekend. The sosta was free, set in a circle with waste disposal under a cover in the centre (which took us a while to find); if it was busy it could make toilet emptying a spectator sport, but it was fairly quiet today with just a handful of Italian vans.

Because it was a nice day and we still had about three hours of daylight left I persuaded Paul that we should go for a ‘short’ bike ride. This started by cycling through the town and then heading uphill on a road that quickly became a track. Up and up and up we went, past fields and vineyards and those beautiful Tuscan farmhouses of golden stone with glossy dark green shutters. Further up, through wood and moorland now, we were feeling the burn in our calves! The hills of Tuscany may look pleasingly rounded but they are bigger than you think.

Finally we reached the point where we would turn off the main track and descend through the woods on some singletrack, in the distance we could hear the sound of dirt bikes revving. We later met these bikes who were using the same tracks as us, fortunately we heard them coming and quickly got out of the way. The downhill had been described as easy but fun, it was definitely fun, but the rocky drops were occasionally too much for me and I ended up getting off a number of times to push my bike down. I expect in summer when the paths are dry it is slightly easier, but in winter the fallen leaves hid tricky sections and the mud was deep and churned by the bikes.

By the time we finally reached the end of the wood and dropped onto a track through a vineyard we were properly mud splattered, just the way it should be. Already knackered we didn’t realise that the next section was back uphill again, steep enough that an elderly couple in their car stopped to cheer us on and provide encouragement (I think). We made it to the village of Lamole where we stopped for some snacks to provide a bit of energy, looked at the map and decided that we should cut the ride short and only go downhill from now on. So we retraced our steps for a short way and then picked up the road leading back to Greve-In-Chianti. Along the way we managed to pick up a fellow mountain biker heading back the same way, so we followed him back until he turned off for home just a few yards from the Sosta.

That evening we were well and truly shattered. and I felt I’d earned a glass or two of Chianti. 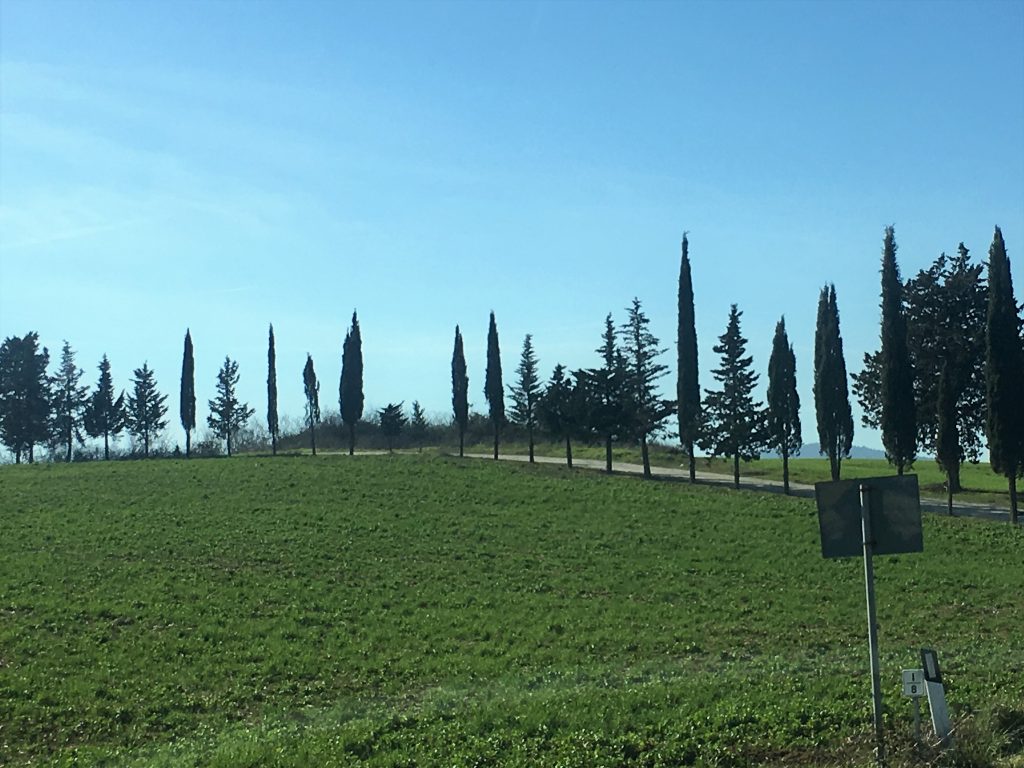