At the bottom of the Valsavarenche, just above the village of Introd which proudly proclaims it is a ‘Friend of Popes’, another valley splits off. This is the Valley of Rhêmes. We popped down to Introd in a search for a shop to replenish a few items, passing the posters that show Pope John Paul II in front of mountain scenery. He used to enjoy holidays in the village and Benedict XV also uses the area as a retreat. This has proven enough of a draw to other tourists that a museum to the Pope has been set up in the village, it didn’t really do anything for us though, we were more interested in finding a general store.

After stocking up we drove down the Valle de Rhêmes for our final exploration of the area. In the village of Rhêmes-notre-dame there is a sosta, but we decided to explore further up the valley and ended up parking at Thumel on a large gravel car park. No facilities but it was free and in the usual glorious surroundings. On arrival we didn’t do much. It was enough to wander along the river bank, spotting marmots, yellow billed alpine choughs (as opposed to the red billed variety you will find in the UK) and one very large bird of prey. We hoped that the bird of prey was a lammergeier – they have recently been reintroduced in France and make their way to the Gran Paradiso every now and again – but it’s silhouette and colouring weren’t right and we were seeing a golden eagle, which was a good enough spot in it’s own right but somehow a bit of a disappointment. 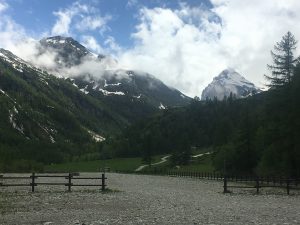 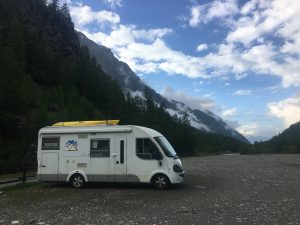 The following day we walked up the valley to the Rifugio Benevolo, we were hoping to do a circular walk, following paths 12, 13A and 13. But very quickly we found our first obstacle; the bridge across the fast flowing river had been taken out by an avalanche. We looked at alternatives but decided that we would just cut across the river valley to path number 13 and follow and there-and-back route instead. Part way along the path there were a number of walkers contemplating a steep snow slope that partially covered a waterfall. They didn’t want to go up it, but when we saw a park ranger easily descending we decided that we could go for it. It was a steep little climb and once up I started to look for alternative ways down – I didn’t want to do it in reverse. 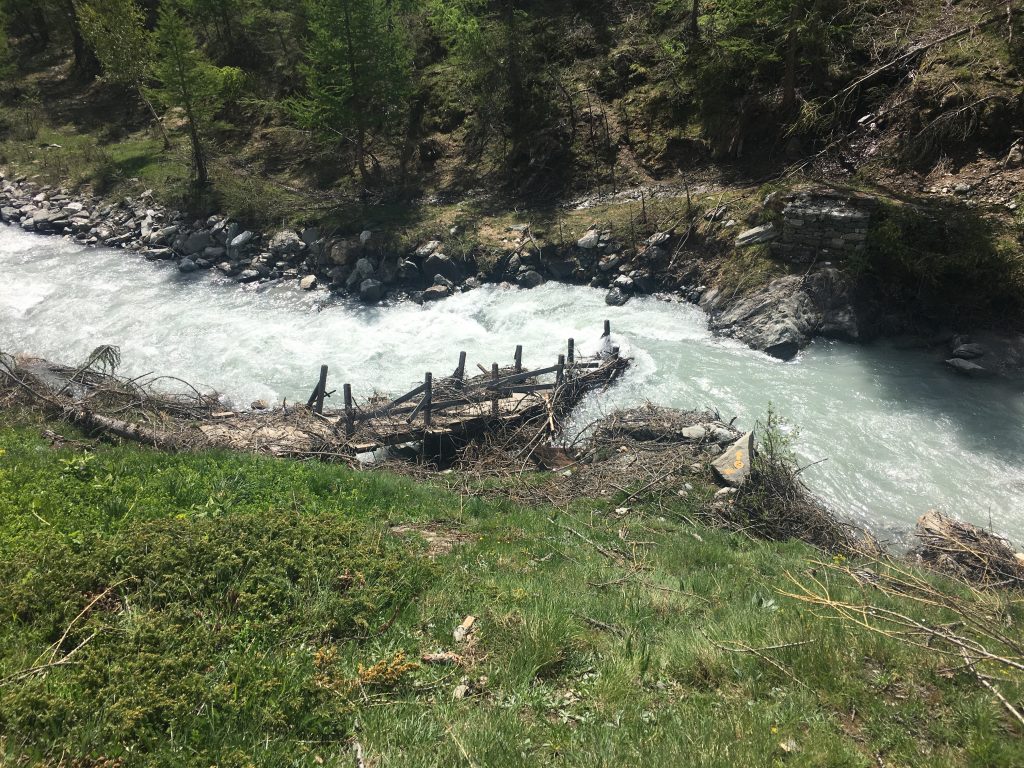 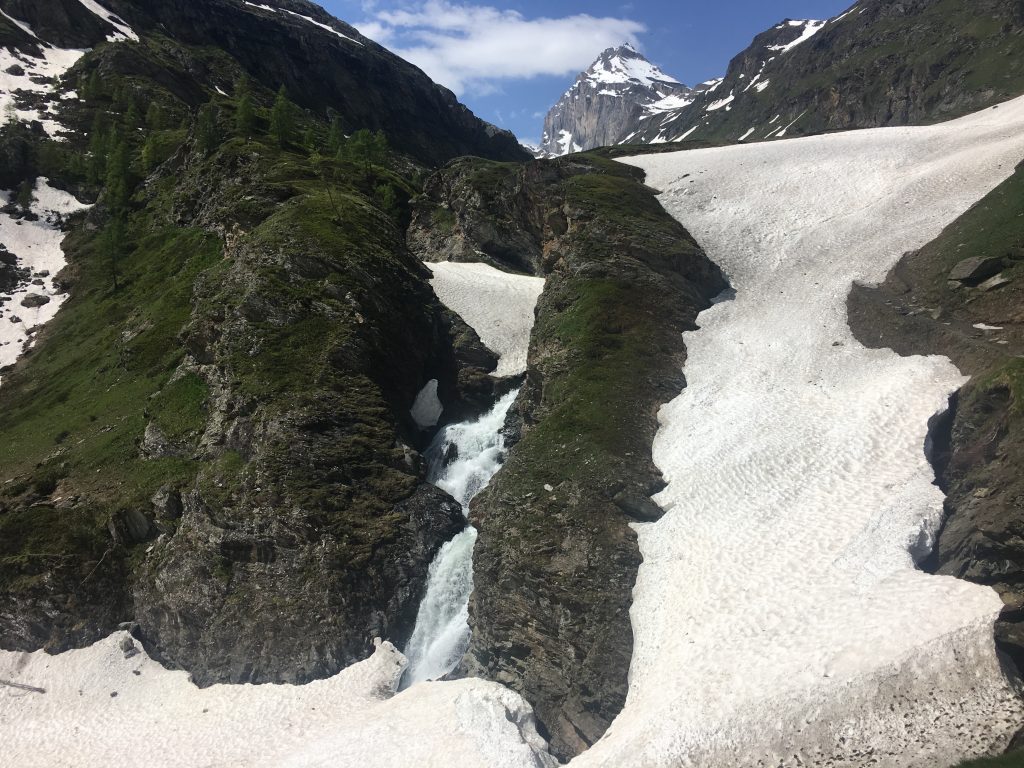 As we got closer to the rifugio we met the service track from Thumel – this was to be our path down – a young man on an electric mountain bike was making short work of the ascent, only having to dismount to cross the snowy sections.  We were only slightly jealous! 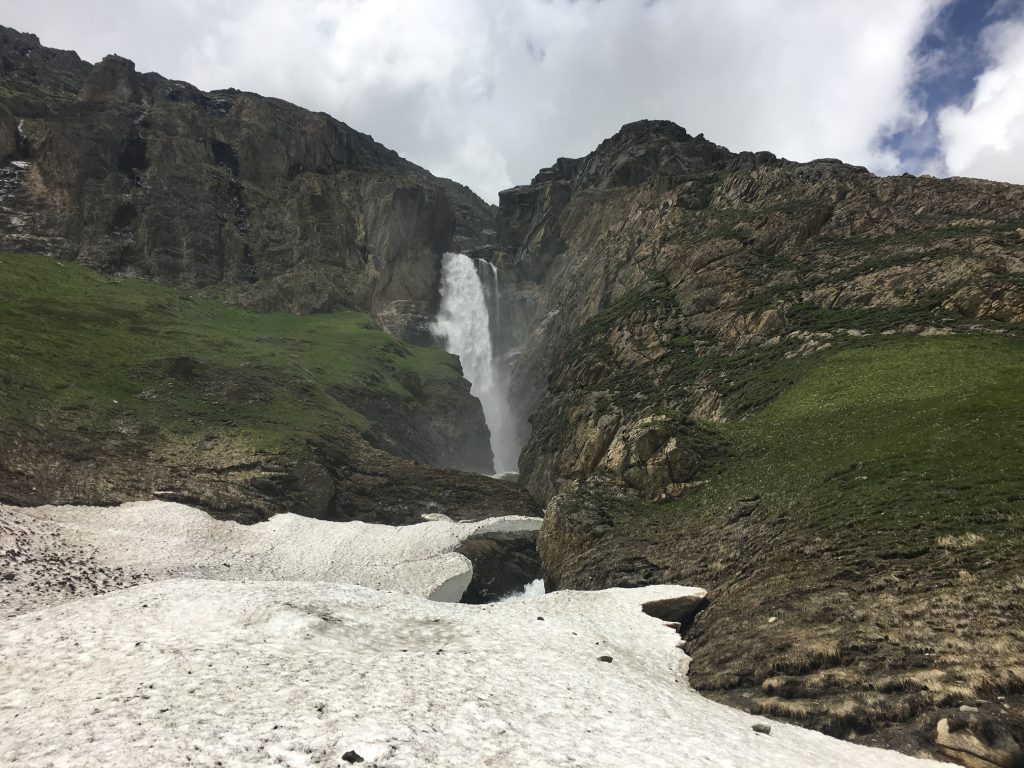 Powerful waterfall on the route 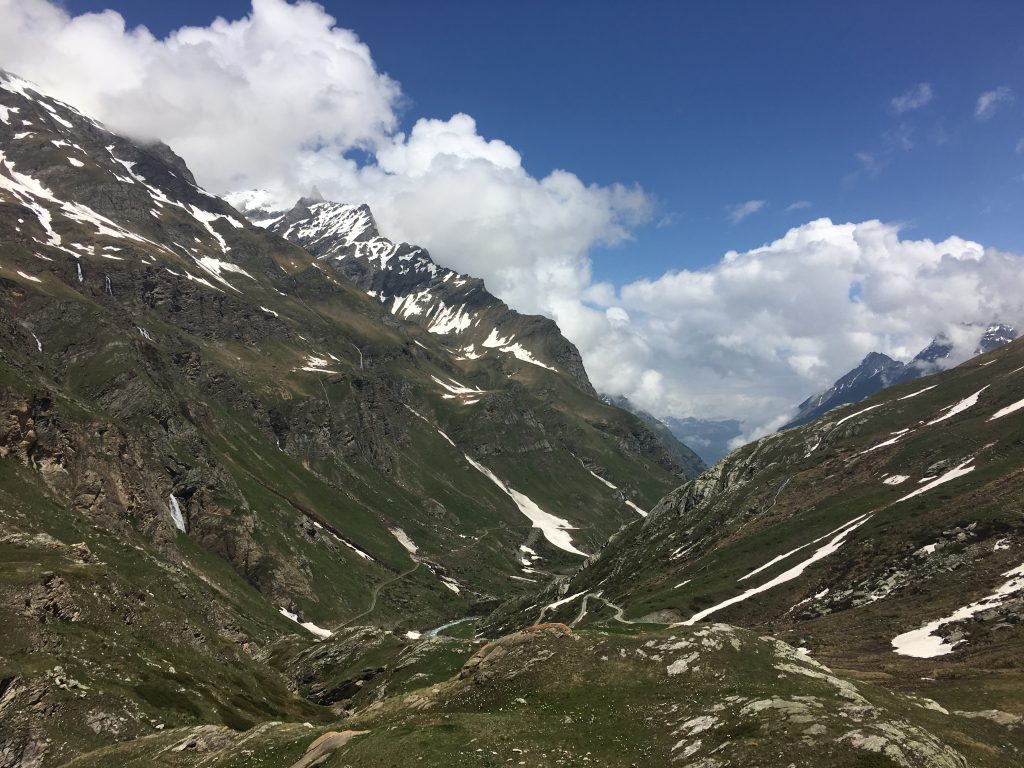 Views back down the valley from the rifugio 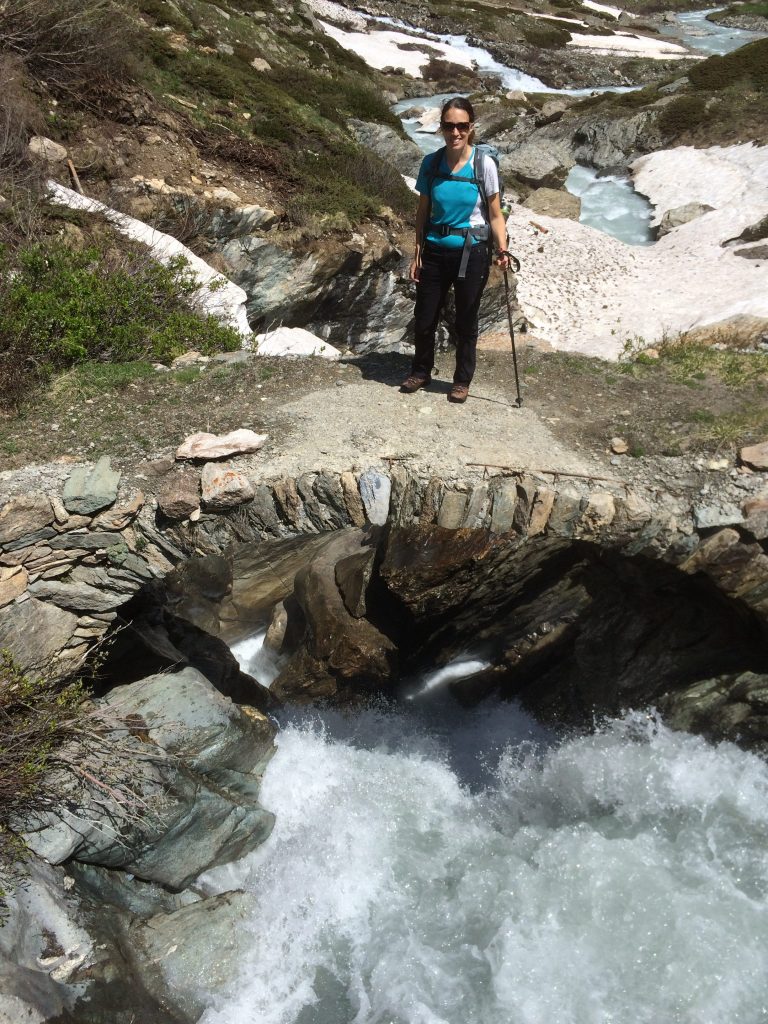 We got back to Bertie knowing that we had to leave the Gran Paradiso area, it had been a great few days in this beautiful national park, motorhome parking was easy, walks and bike rides were clearly marked, the tourist infrastructure was excellent and the cheese was exceptional. I would strongly recommend a visit.