We were still heading north and fancied a walk in the Serra d’Irta natural park. This area of hills and coast is between Peniscola and Alcossebre and we’d walked the coastline here almost a year ago when on our way to Italy. This time we wanted to hike the hills so we turned off the N-340 to park up next to the Calvary hermitage. It was a hidden and sharp right hand turn off this busy road which no one behind us was expecting. So even though we were indicating and had slowed down there was a bit of horn honking as we turned off.

The pretty hermitage is on park4night but I wouldn’t recommend it as an overnight stop unless you are immune to the noise of traffic; it nestles in between the N-340 and the toll road. As a parking spot for our walk though it was pretty perfect and it seemed to be a popular picnic spot with a couple of other Spanish vans joining us. If you were even more adventurous you could drive further into the park but it was single track roads and dirt tracks from here. 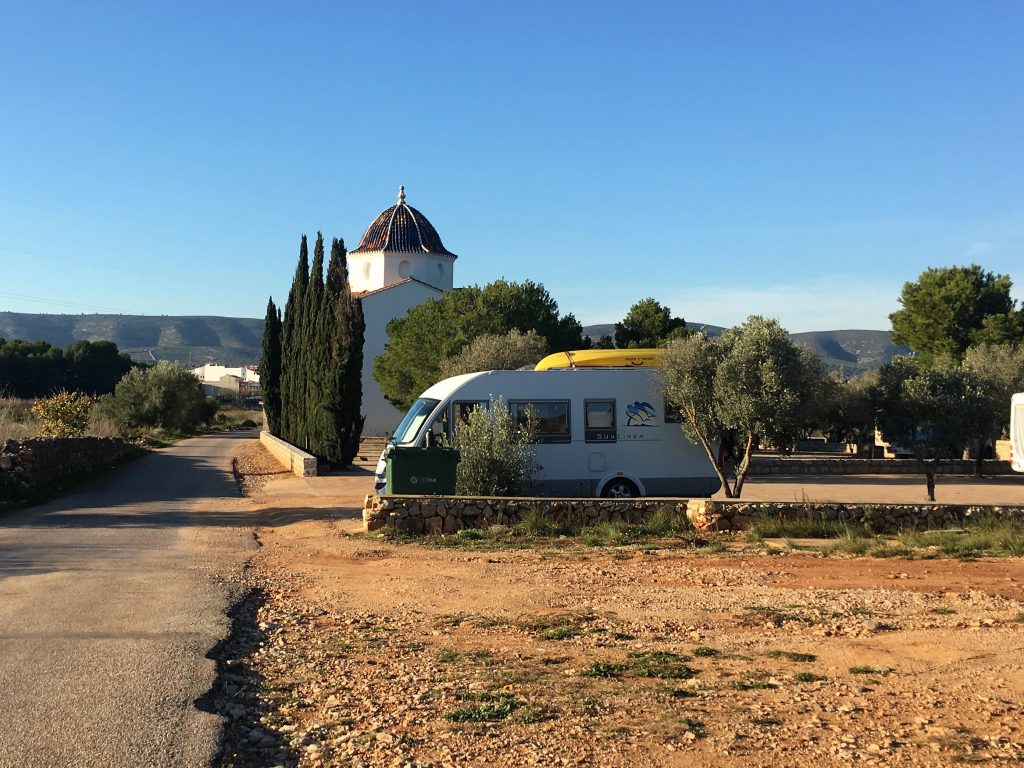 Parked up at the picnic spot next to the hermitage.

There are plenty of walking and mountain biking paths in the park and you can choose to walk as far as you like. Our plan was to walk east and then turn north to walk along the ridge of the Campanilles which includes the highest point in the park. From here we would turn west on one of the mountain biking trails before heading south to Xivert Castle and then back to the van.

The walk started by following the single track Cami de l’Espotet, crossing a road bridge and walking between orange and olive groves. Eventually the road turned right and we continued straight on a dirt track that took us up the Barranc de la Carrera. From here the path was well signposted to the Campanilles ridge where we started to encounter a lot of broken limestone rock underfoot and some interesting opportunities to scramble the crest of the ridge instead of sticking to the path. Here and there amongst the usual scrubby foliage and pine trees we could see purple flag iris providing an unusual dot of colour. 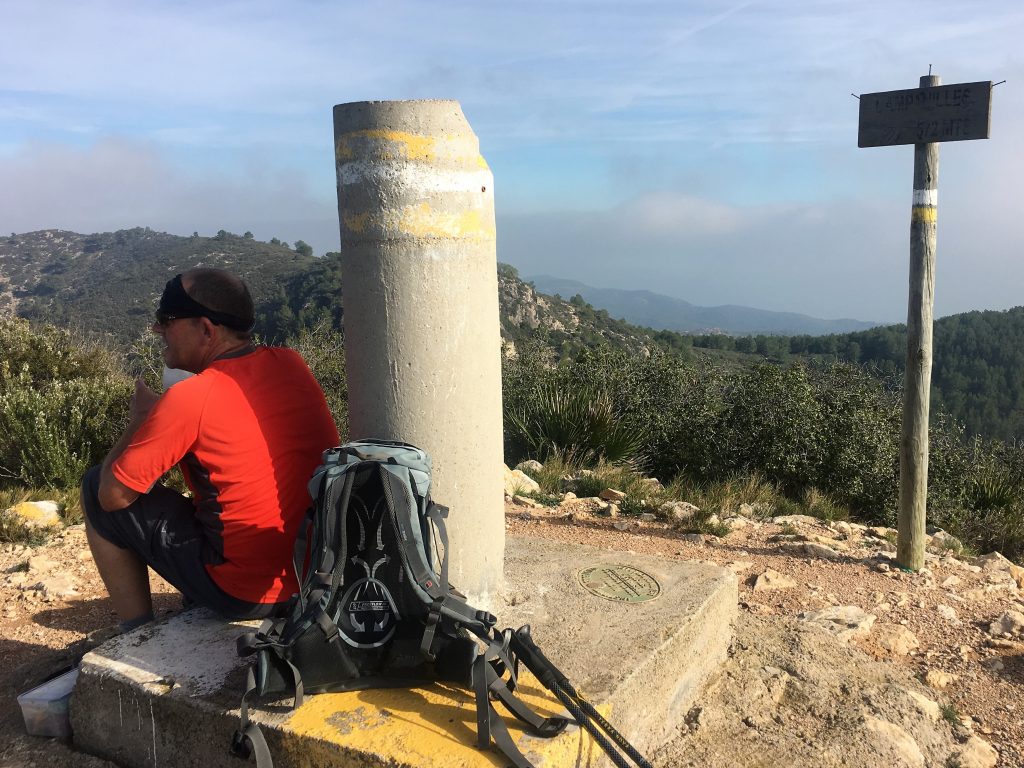 Taking a rest at the highest point of the Campanilles 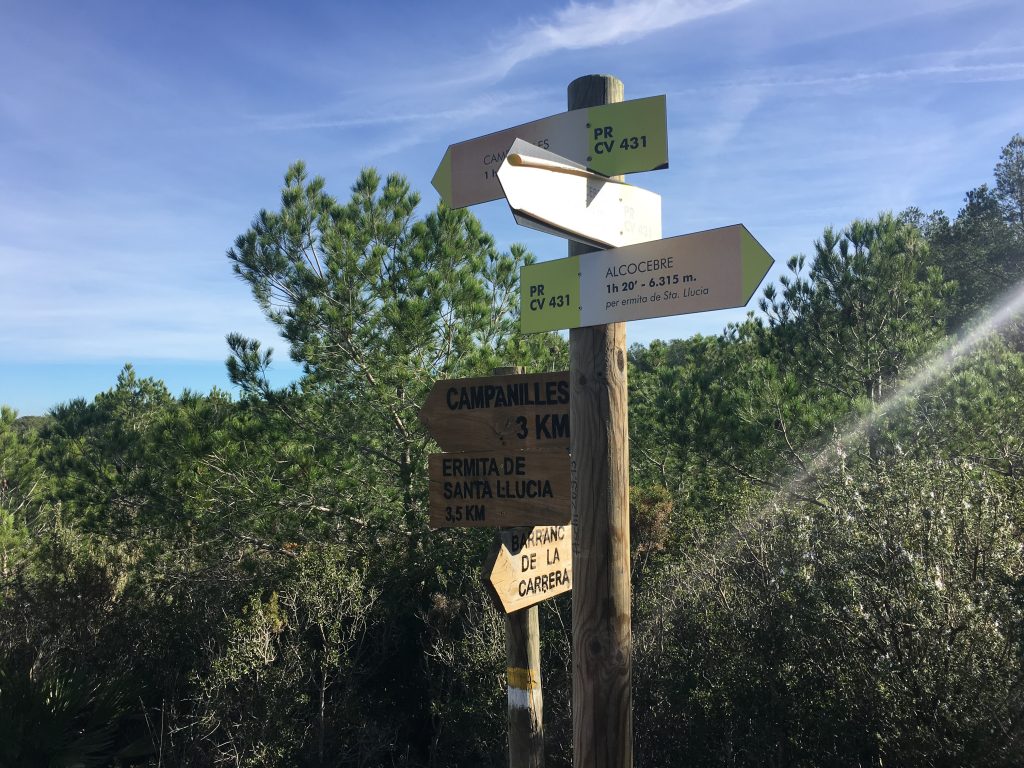 There was no skimping on signposting 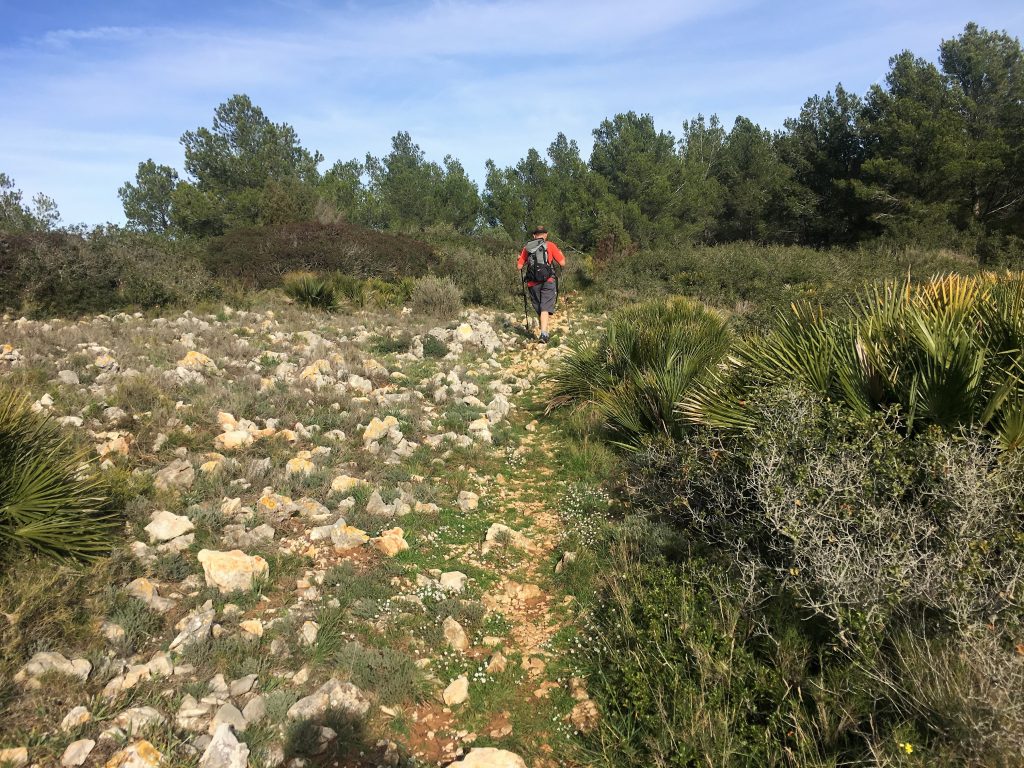 This ridge continues to the northern side of the natural park, but we took a left turn where it crossed an obvious and wide dirt track, marked as a mountain biking route.  From there it was a case of following signs to the Castell de Xivert. The castle is an obvious landmark as you drive the N-340 and it is impressive up close too if you like a ruined castle (which I do). Originally constructed by the Moors, the majority of the castle you can see now was constructed by the Knights Templar and added to in the middle ages. It is free to visit and the information boards dotted around have English information. Although there is a reasonable amount of parking I’m not sure how easily it would be reached by motorhome, it would make a good parking spot though if you were brave enough to try it. 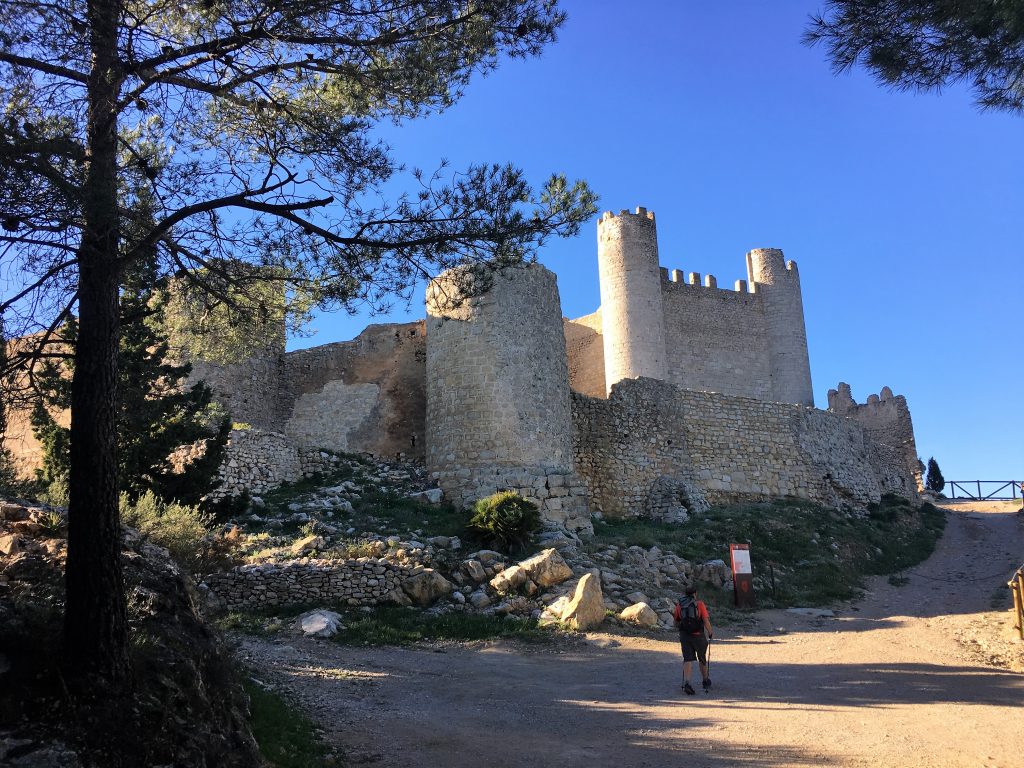 Xivert castle from the outside… 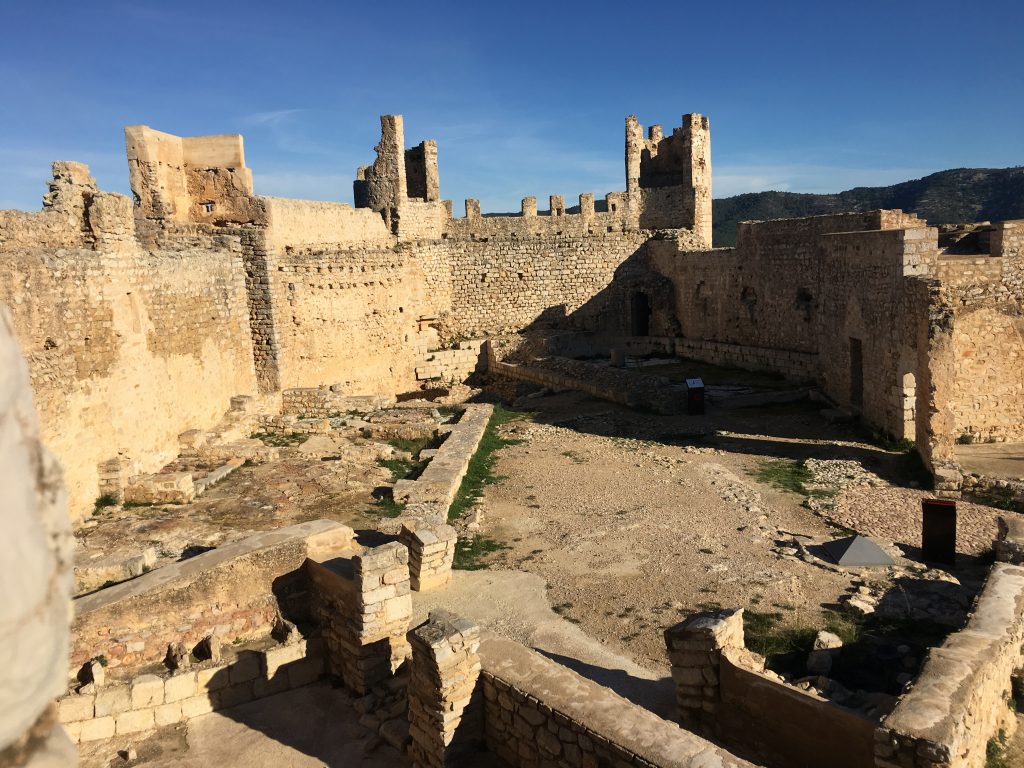 …and from the inside

The walk was 20k in total, and although we hadn’t climbed very high there had been a lot of ups and downs so it had been a tiring day. We were worn out by the walk and the very warm sunshine but still had to find somewhere to stop for the evening. We ended up pushing on to Benicarlo where there were free services with just seven parking spaces. Luckily for us someone left just as we turned up and we bagged the last space. We were very glad not to have to move again even though there was more parking a bit further north that would have been fine. Unusually all seven vans were British and we enjoyed a quick catch up with some of the residents before heading to the supermarket to buy something that wouldn’t take much cooking.

1 thought on “A Campanille and a Castle”