We got out of Moncofa as quickly as possible in the morning. Using the facilities (thanks Moncofa for providing them) and making tracks further north along the coast. The plan was to find somewhere in the Parc Natural de la Serra d’Irta where we could walk or bike for the day to take a little time off from driving long distances.

The spot we found, courtesy of Park4Night was at the Alcossebre end of the natural park, a lovely ‘wild’ spot on a rough dirt car park used as the entry point to some of the bike rides and walks. There was a modern faro here and, when we finally walked around the corner back towards Alcossebre we found the end of a promenade. But we didn’t do that until later that evening. The park ranger drove round a couple of times, and once the guardia civil drove by, but both just gave us a polite nod. People were coming and going, mostly dog walking or just enjoying a stroll along the promenade. 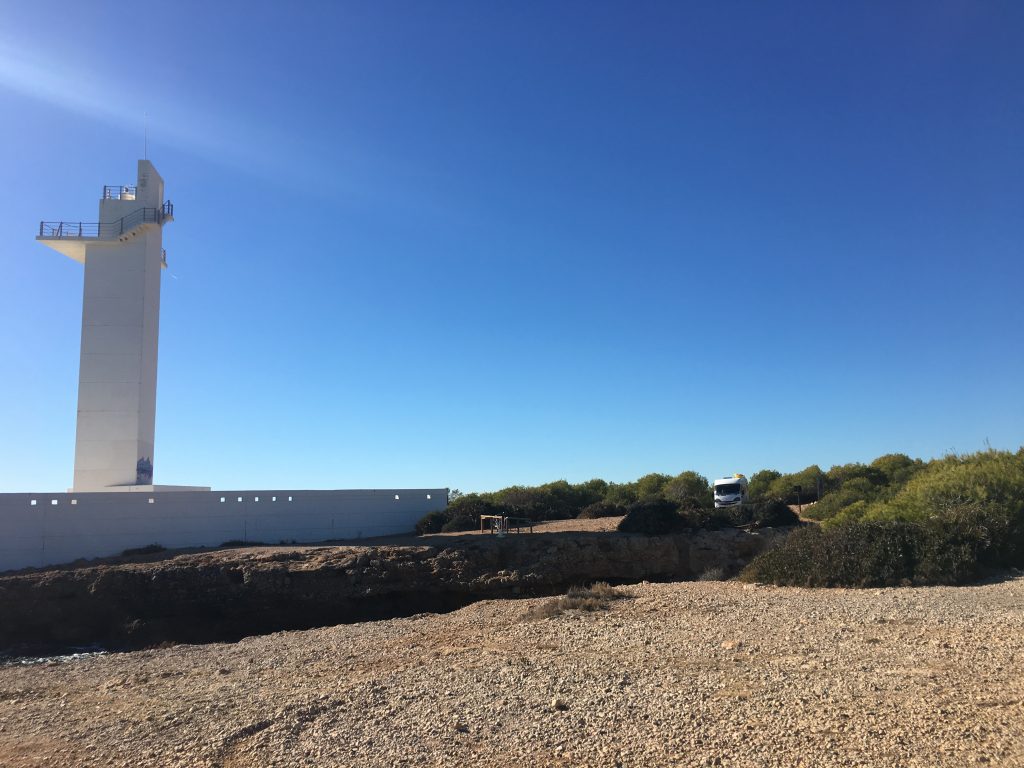 The modern faro at Alcossebre

We ended up walking, heading north as close to the coast as possible, which involved hopping between rocks following some yellow marks which seemed to indicate a route. The scenery was gorgeous and the sun was shining, although a sharp wind was blowing and taking the edge off the temperatures. The coast along here is mainly made up of a conglomerate rock, looking like some particularly badly made concrete. The sea has worn away some of the softer stone making an interestingly shaped rocky shore with many undercut sections where the waves boomed. 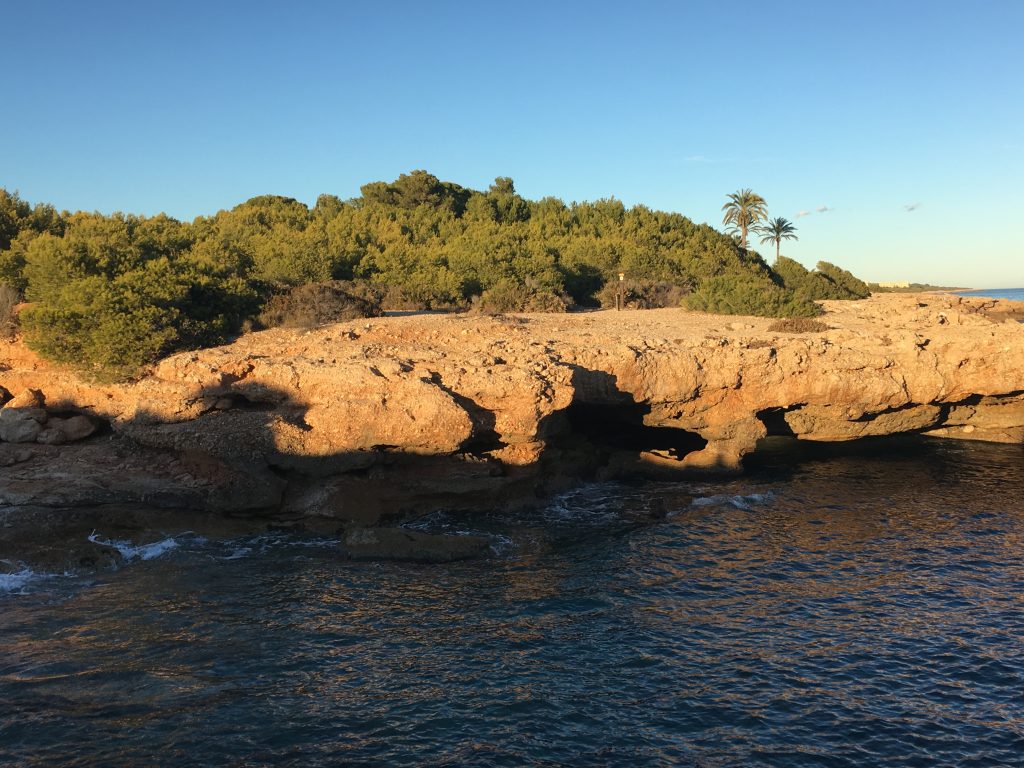 Undercut rocks along the coast

Occasional pebble beaches dot the coastline, and every now and again a particularly striking white beach is revealed to be made up of a myriad of shells of all sizes, some as small as a pin head. 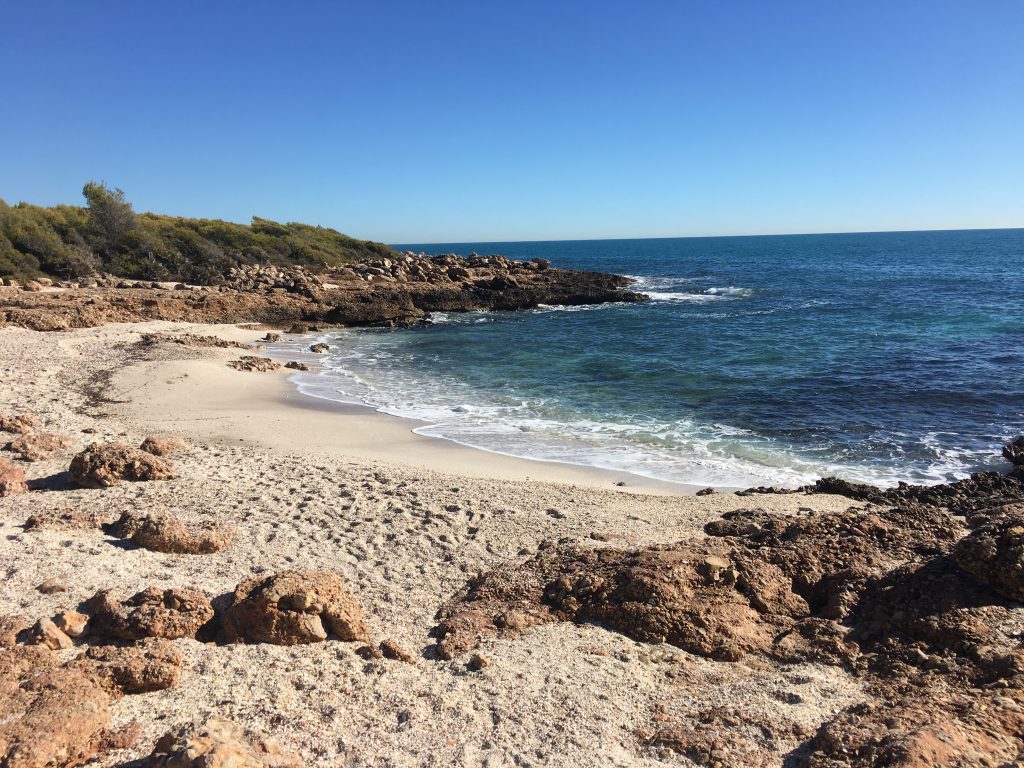 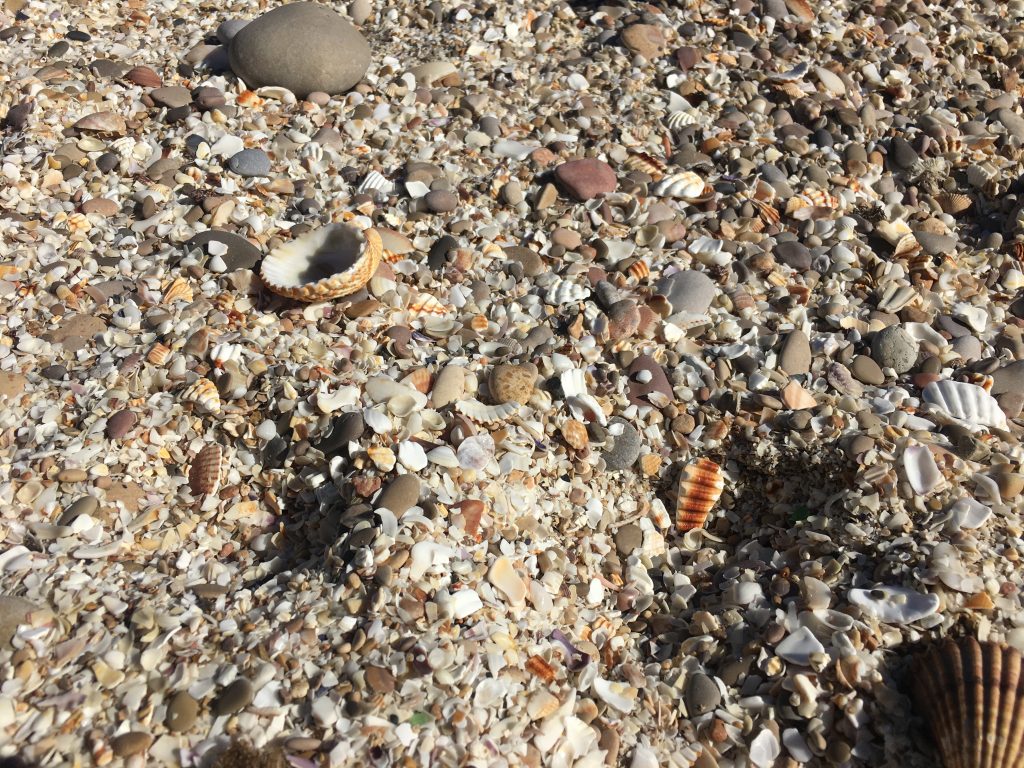 Shells on the shore

There is little development along here, at this end a few privately owned homes, a campsite and one hotel block that looks like a sawn off pyramid. At the other end a couple of holiday complexes. The dirt track roads are also a deterrent to visitors and so most people visit the resorts at either end of the park; Alcossebre and Peniscola, both of which are relatively charming resorts of low rise white buildings. 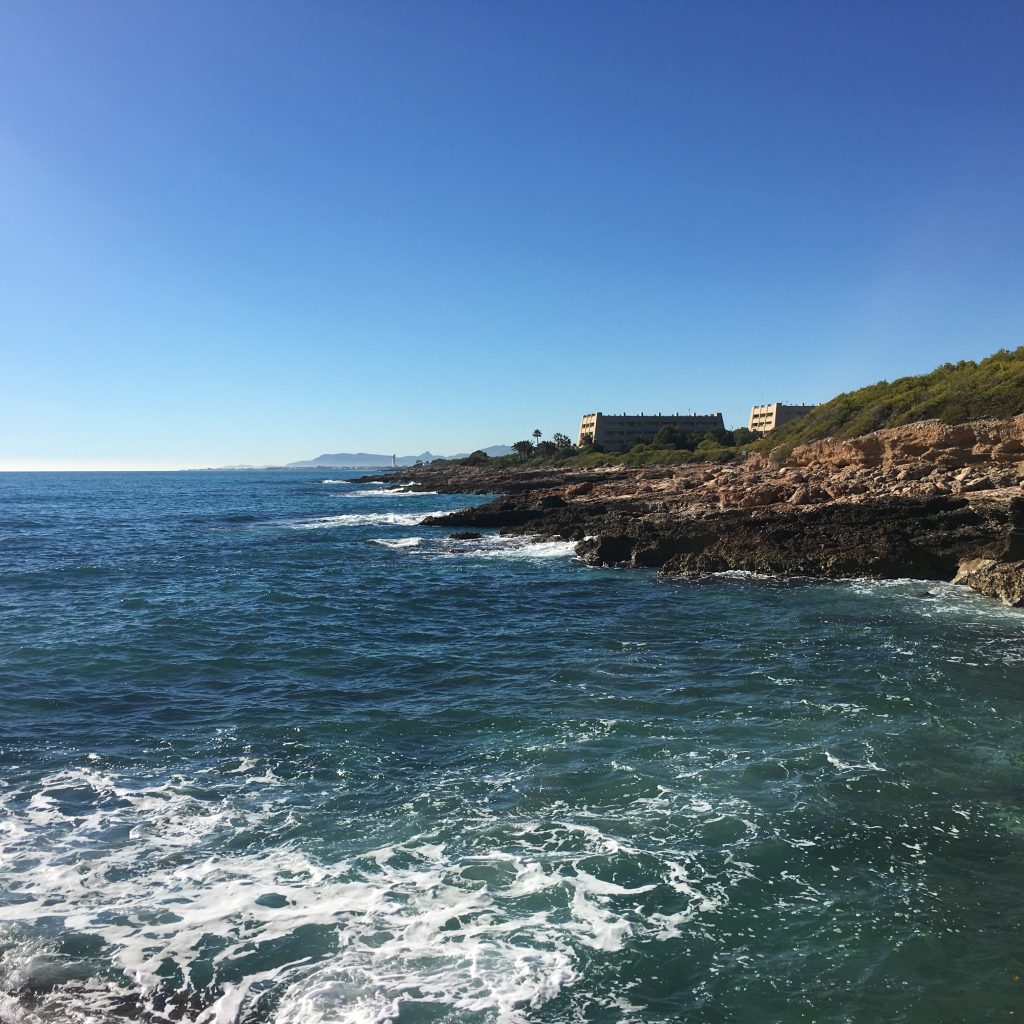 Apartment block in the middle of nowhere

When we felt that we’d had enough we headed inland a little way and picked up one of the waymarked tracks that run from end to end of the park to come back again, pine trees gave us some shelter from the sun as we walked back to Bertie. There were some far more demanding walks inland where the land rises to for a long hilly ridge, but we were happy enough to stretch our legs and enjoy the beautiful coast.

That evening the clear sky and lack of street lighting gave us one of the best starry skies of the trip so far, with the pale beam of the lighthouse making very little impression on visibility. We sat on the rocks watching the stars and I actually managed to see a shooting star. A rare occurrence for me.