With three weeks to go before we were due to be in Rome to watch the Six Nations it was time to start putting some miles in. We had lingered in Andalucia, making the most of the warmth and the sunshine, but we needed to start heading towards France.

With over 2500 km to go we would need to cover at least 100 km a day if we factor in visits to supermarkets and heading off the main route to find overnight spots. We decided though that we would try to do the journey in a number of long days interspersed with short hops to give us some respite from constant travelling. Having decided this we had to choose where to do the long hops. First was an agreement that we had to bypass Benidorm and Alicante.

So a couple of initial long hops took us up the Mediterranean coast. Firstly heading across the north of the Sierra Nevada mountains to Murcia where we stopped at the beach of Playa Carolina, and then a push north of Valencia to Moncofa. Two very different overnight spots; Playa Carolina felt very much like some of the Cabo de Gata stops (but much busier) – tolerated off season parking close to an attractive beach. Moncofa was a very neat and tidy aire in an area of apartment blocks and grids of roads where apartment blocks had not yet been built. Moncofa got our prize for the most depressingly located motorhome parking so far, I would rather have grubby city parking where there is some life than this dead and sterile environment, but then again it allowed us to empty and refill for free and we didn’t have to stay for long. 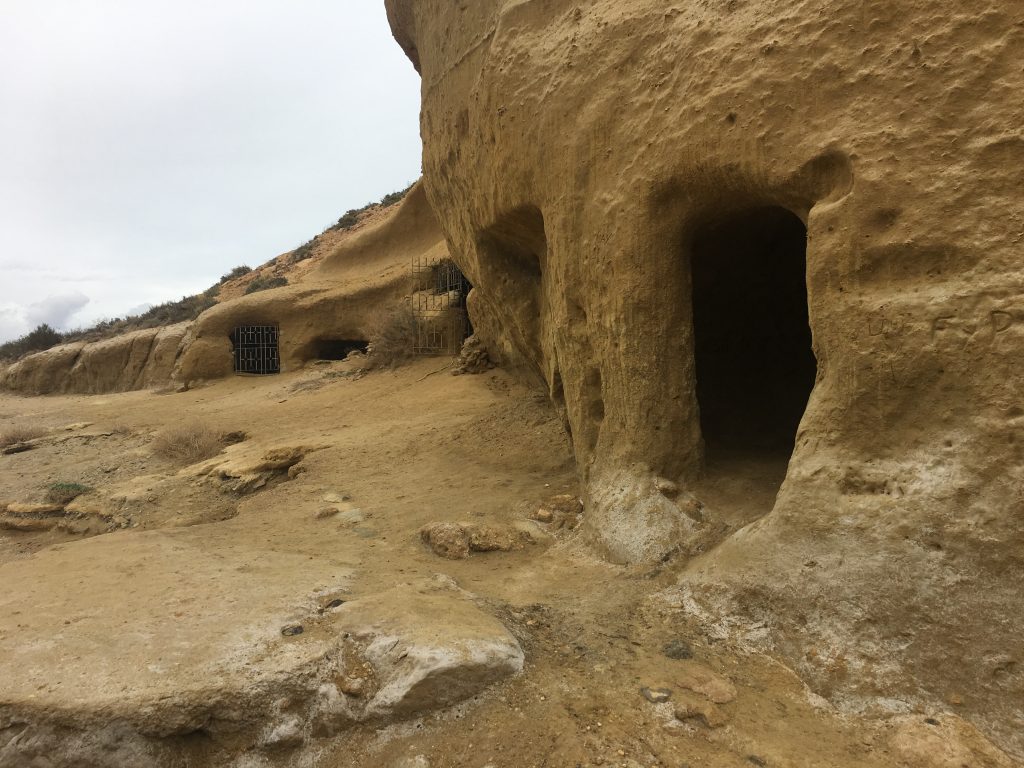 Caves carved into teh rocky headland at Playa Carolina 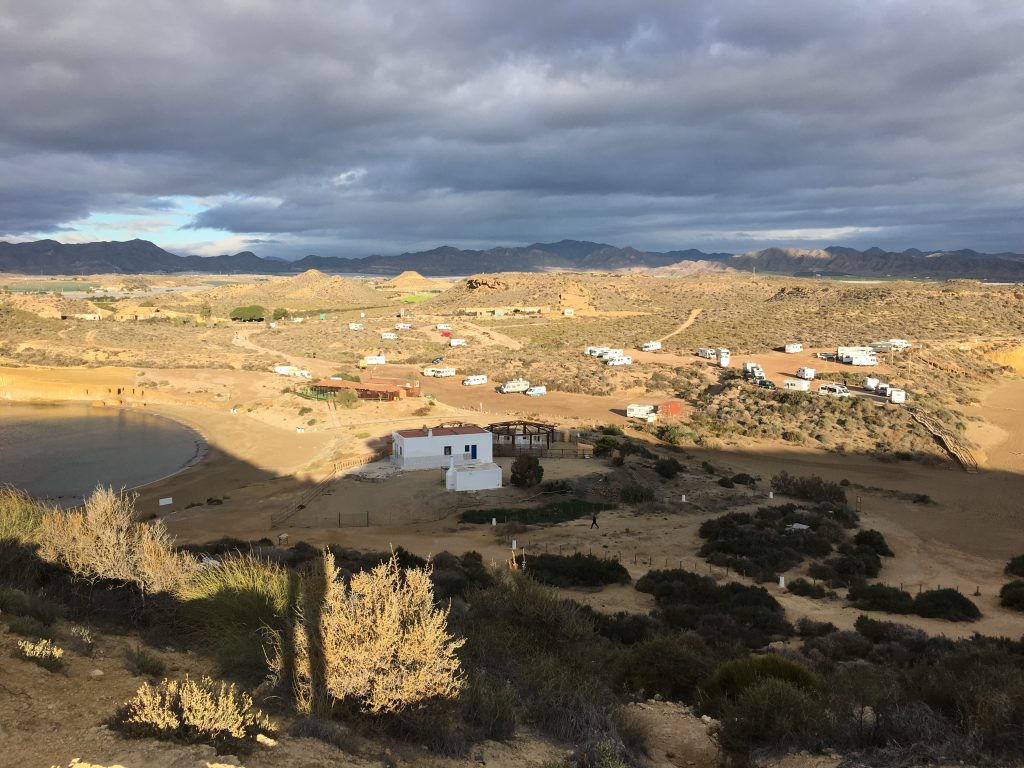 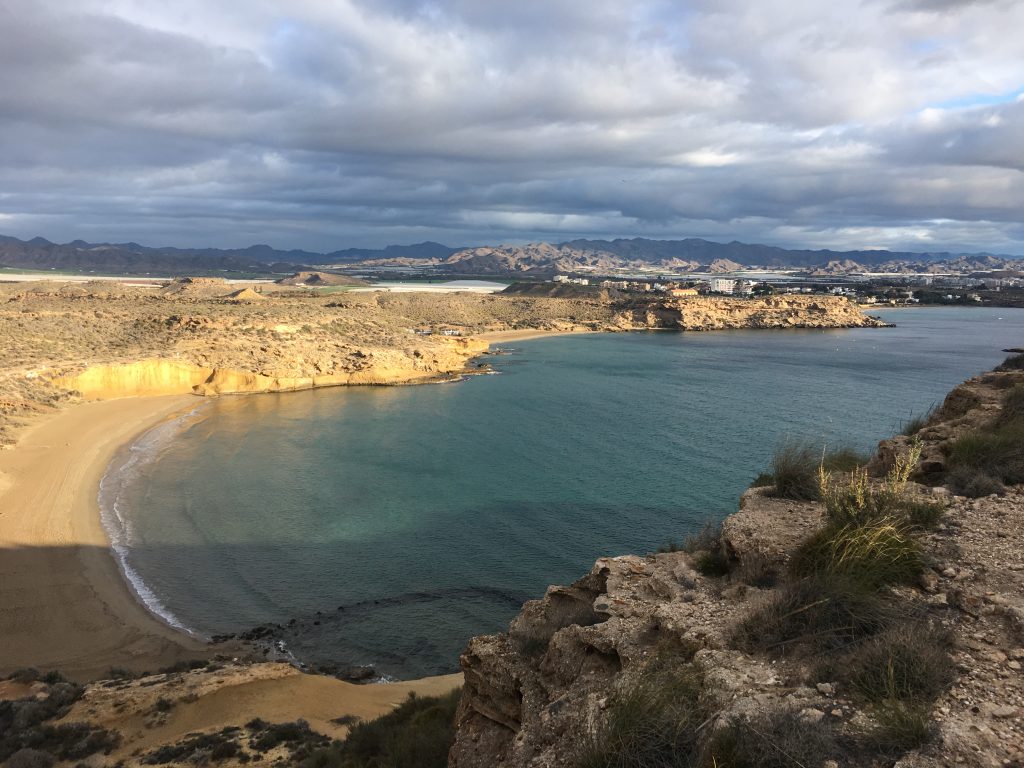 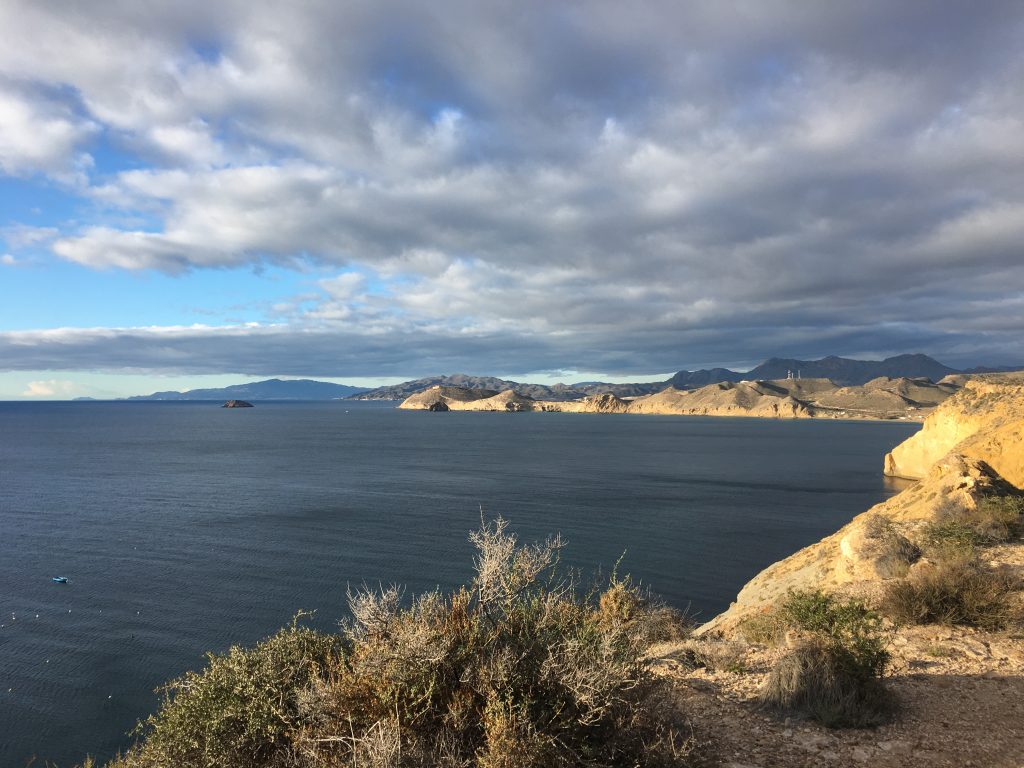 View back to the Cabo de Gata 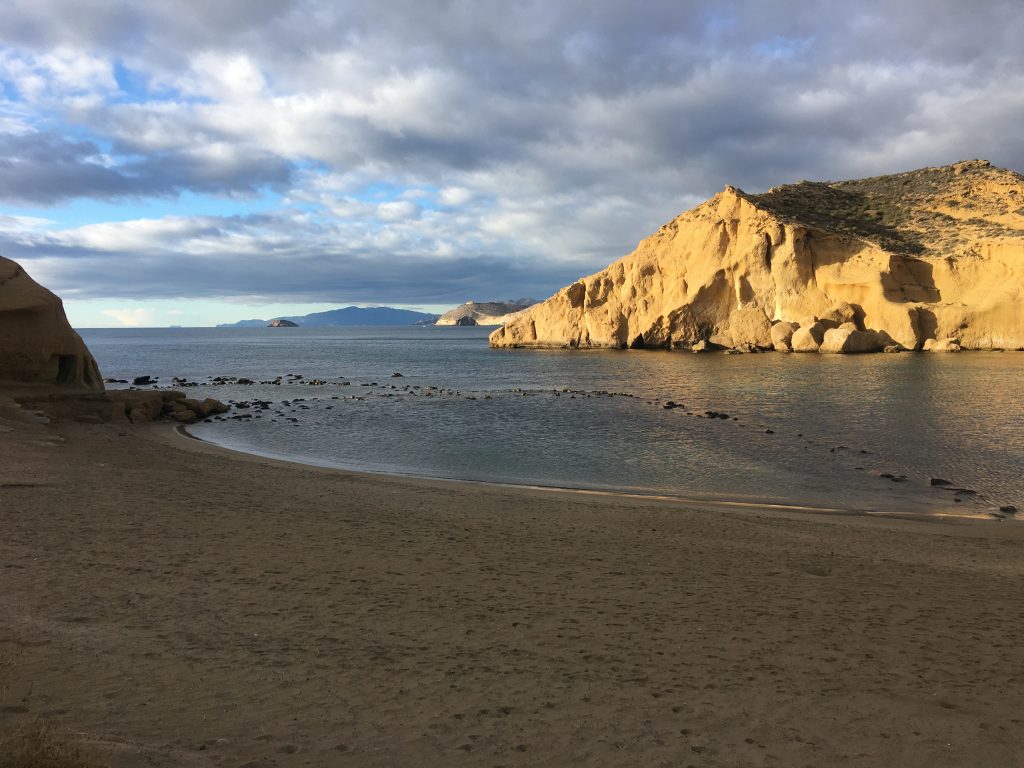 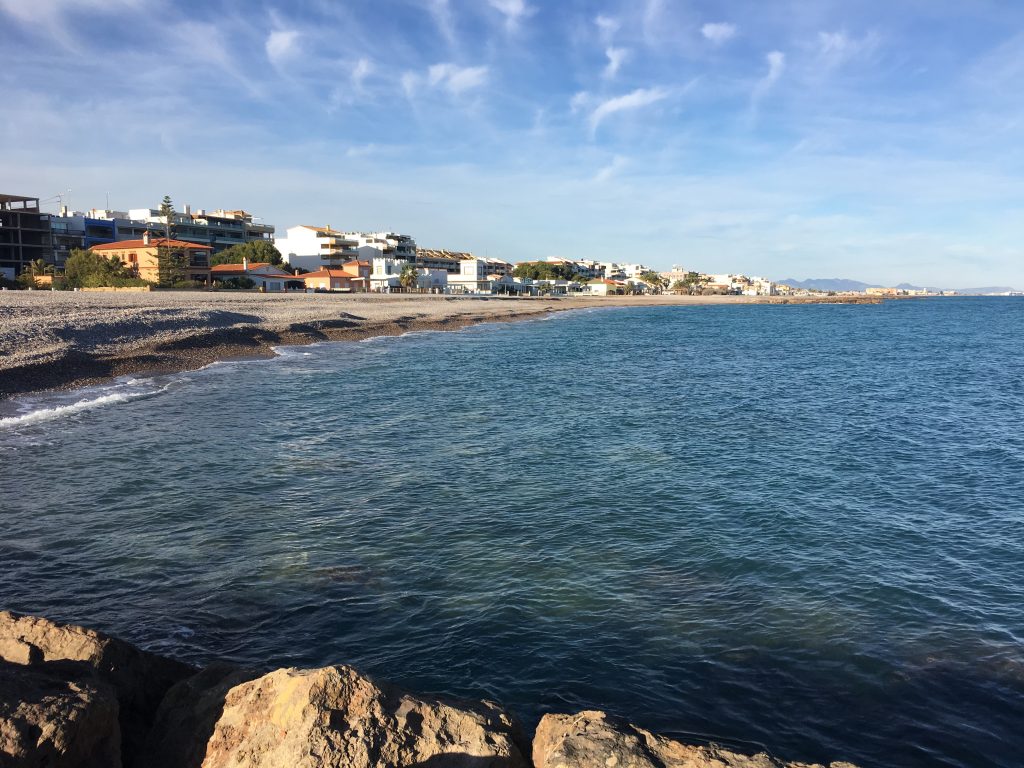 The sea front at Moncofa – from this angle it looks quite attractive, but this part of the town was just a series of empty apartment blocks. Perhaps the town centre was more lively.