After our short stint in the Alpujarras we were back in Malaga, completing a round trip we had started before Christmas. This time we were meeting friends Heather and Dave who were in Malaga for a few days and we actually braved the city. We picked our less than salubrious parking spot (bottles of suspicious yellow liquid, lots of rubbish and plenty of graffiti) because it was not far from their hotel, allowing us an evening out for a few drinks and tapas.

After an evening catching up we were hoping for some sleep as we were taking Heather and Dave off to Antequera the following day. Woken up at 3am by loud traffic we assumed it was the end of the night, but it only seemed to be the beginning of the end of the evening, which then became the beginning of the following day and we figured that the noise probably hadn’t stopped all night – it was just the wine that had initially knocked us out.

Bertie has never had all travelling seats occupied, so it was a new experience to have people sitting in the back as we took the road out of Malaga, earning a disapproving look from a Spanish gentleman on the way as we turned left where we shouldn’t have. Some of the junctions were a bit confusing.

In Antequera we were meeting another friend, Ruth, who Heather and I used to work with. She had settled in Spain ten years ago and it was an excellent opportunity to catch up with her. Odd to think that the last time we spoke was at lunch in the work canteen in Exeter, it didn’t seem as though that many years had passed.

Ruth gave us a guided tour around Antequera where we managed to see most of the sights without being rained on, and then to tuck into another tapas lunch and more drinks. 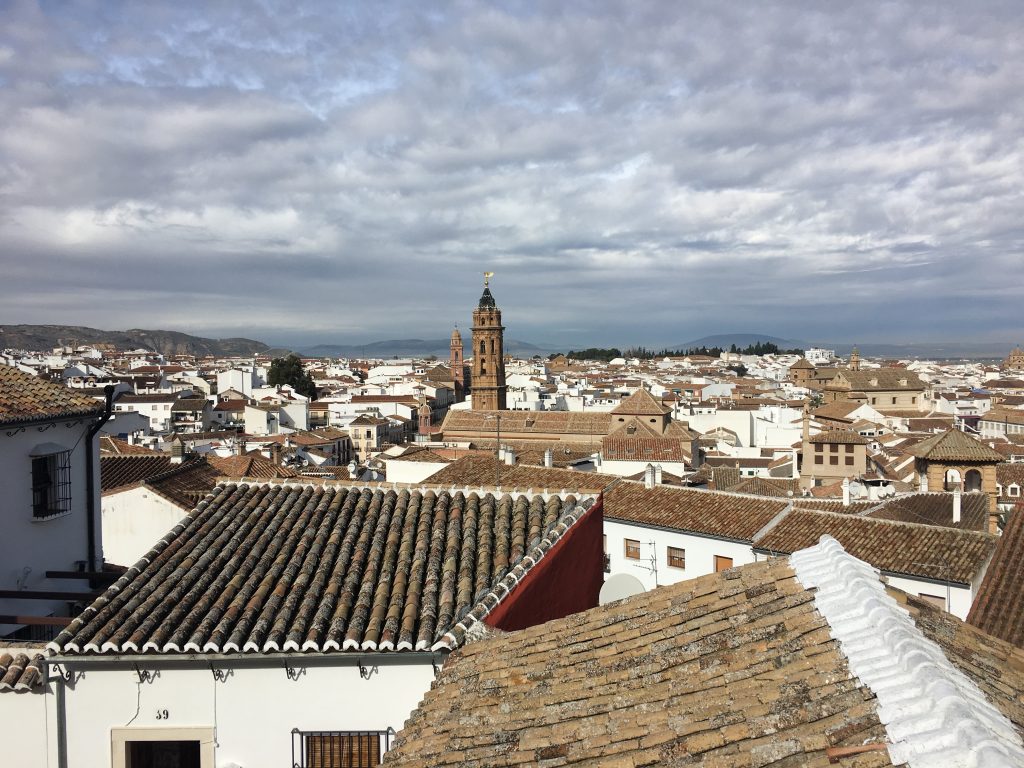 View across the rooftops of Antequera, taken from the castle courtyard 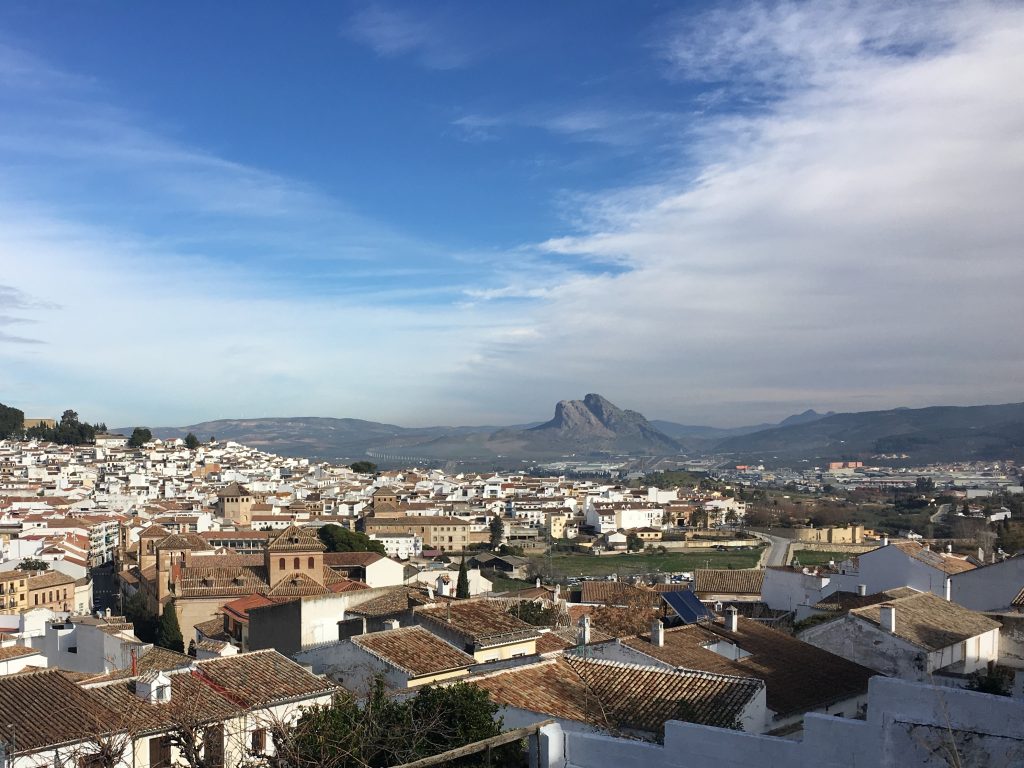 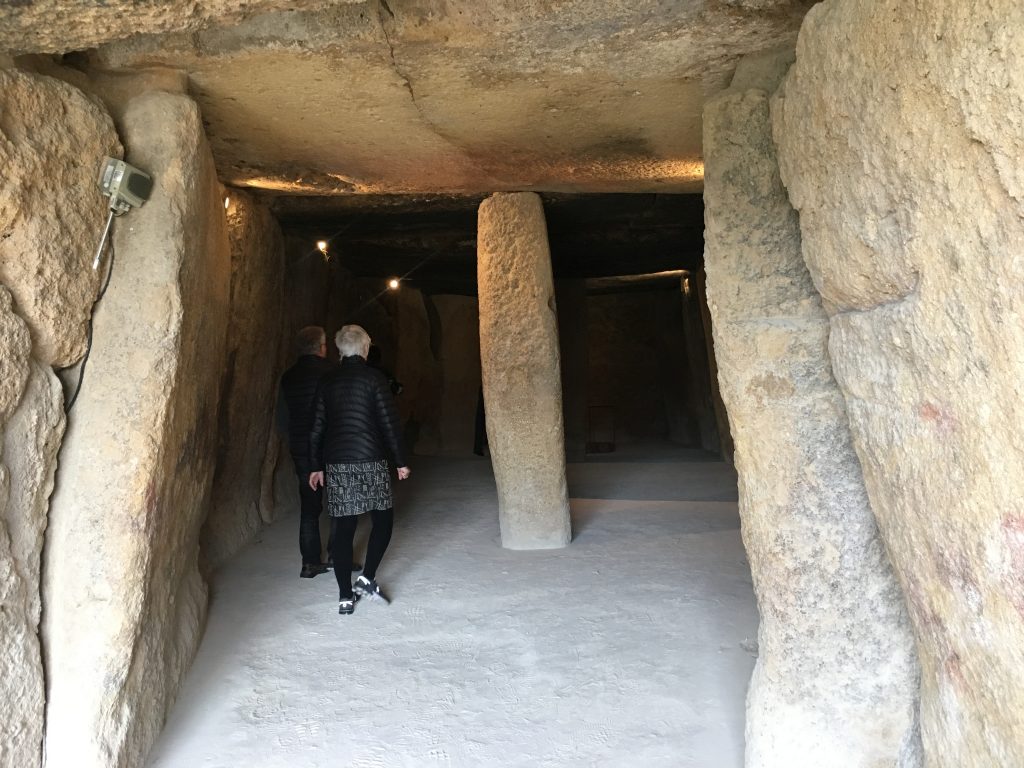 The Menga Dolmen, one of three megalithic structures in Antequera 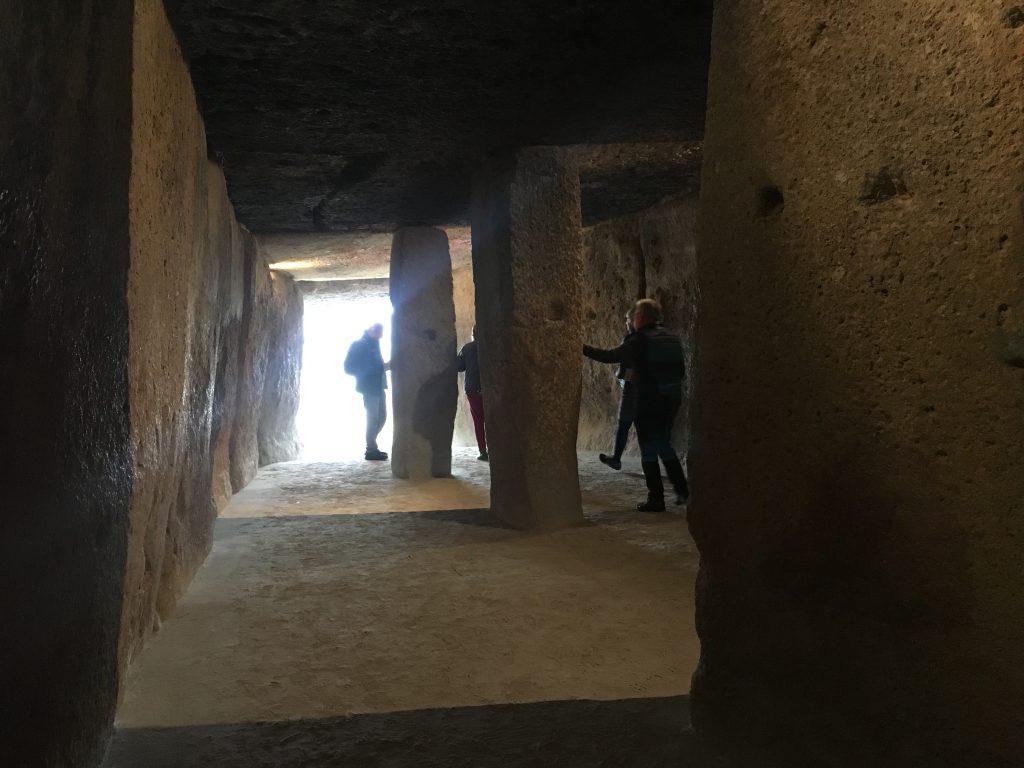 Later that afternoon we said goodbye to Heather and Dave at the bus station as they headed back to Malaga, and walked back to the car park with Ruth who was heading home. Bertie was parked in the motorhome parking area at Antequera and we spent the rest of the evening in post lunchtime drinking lethargy, unable to muster enough energy to pop out for another drink or even make anything to eat.

A fab couple of days meeting up with friends, it’s been a while since we’ve talked quite so much or eaten and drunk so much.