When you look at the Delta de l’Ebre (if you are Catalan – Delta del Ebro if you are Spanish) on the map it looks like a stingray swimming away from Spain’s coast, the two sandbanks, north and south, being the spread wings. It also looks like a pretty small area, but distances in Spain are deceptive and there was plenty to keep us here for a week let alone two days.

It wont be a place for everyone – it’s very quiet – but if you like being outdoors, watching birds and cycling it is a great place to visit. Rice is grown here in the fields and there are plenty of restaurants specialising in rice dishes. I imagine that in the summer there are a lot of unpleasant biting insects flying around, so it seemed we had picked a perfect time to visit, not too warm but nice and sunny. It has to be a contender for the top ten of places we have been to on this trip and that is a major accolade especially as Paul was pretty poorly while we were there. In fact maybe we enjoyed it so much because he was poorly and got to hang out in the van while I got out for some ‘me time’…

We spent two nights here, one in the mixed parking at the village of Poble Nou and one in the large motorhome parking area associated with La Casa de Fusta (free to park and a few euros for the service point). There are plenty of notices that forbid overnight parking on some of the most scenic spots, especially around the coast. Lots of people were ignoring these signs and secreting themselves among the rushes down sandy or muddy tracks that looked ideal for getting embarrassingly stuck, we chose not to follow their example. We did park up on the beach at Trabucador one day for Paul to sit in the van and watch the world go by while I cycled, but we stayed on the firm sand where we felt fairly confident because the salt lorries drive up and down several times a day. 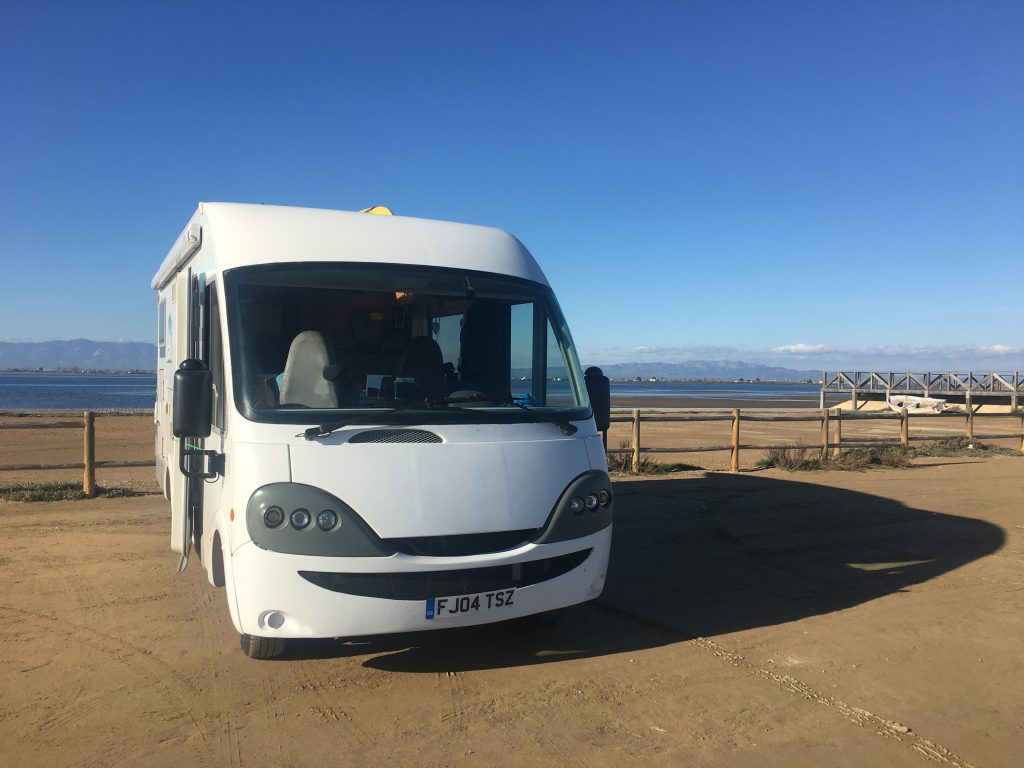 Bertie at the Beach

The roads around the park are quite narrow, with just a couple of key roads that have two defined lanes. I have to admit I wouldn’t feel confident driving in the dark because the single track roads are usually causeways raised above the rice paddies and bounded by watery ditches. it was also very popular with motorhomes, it was a holiday weekend so Spanish families were out in force; the parking at La Casa de Fusta was full and overflowing into the restaurant car park by the time the sun set.

We managed to get out for walks at dusk to see the glorious sunsets and the starling mumurations that dizzied us with their swirling patterns. Paul was ok so long as he didn’t stray too far from the toilet. 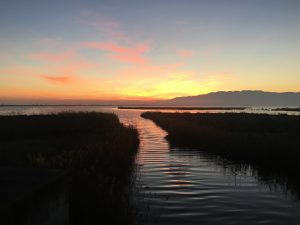 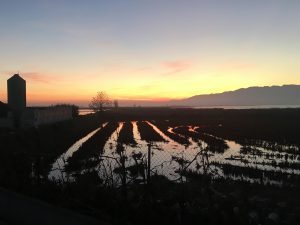 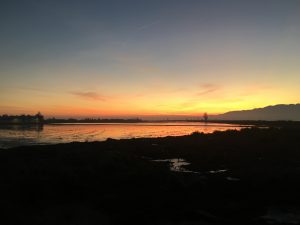 I also managed a good long bike ride, with some muddy sections along the beaches and then following the cycle path that follows the Ebro river. I would definitely recommend cycling here – although there are footpaths you can see a lot more by cycling and it’s nice and flat. All around the lakes were bird hides, so my cycle was punctuated by lots of stops to get the binoculars out and spot the many different birds, including flamingos (never boring no matter how often they are seen) and marsh harriers as well as many of the usual wetland species, I don’t think I have ever seen so many herons. In the Ebro river and behind the wings of the delta it was easy to spot fishes jumping lazily from the water, they didn’t seem to be falling for the fishermen’s lures though. 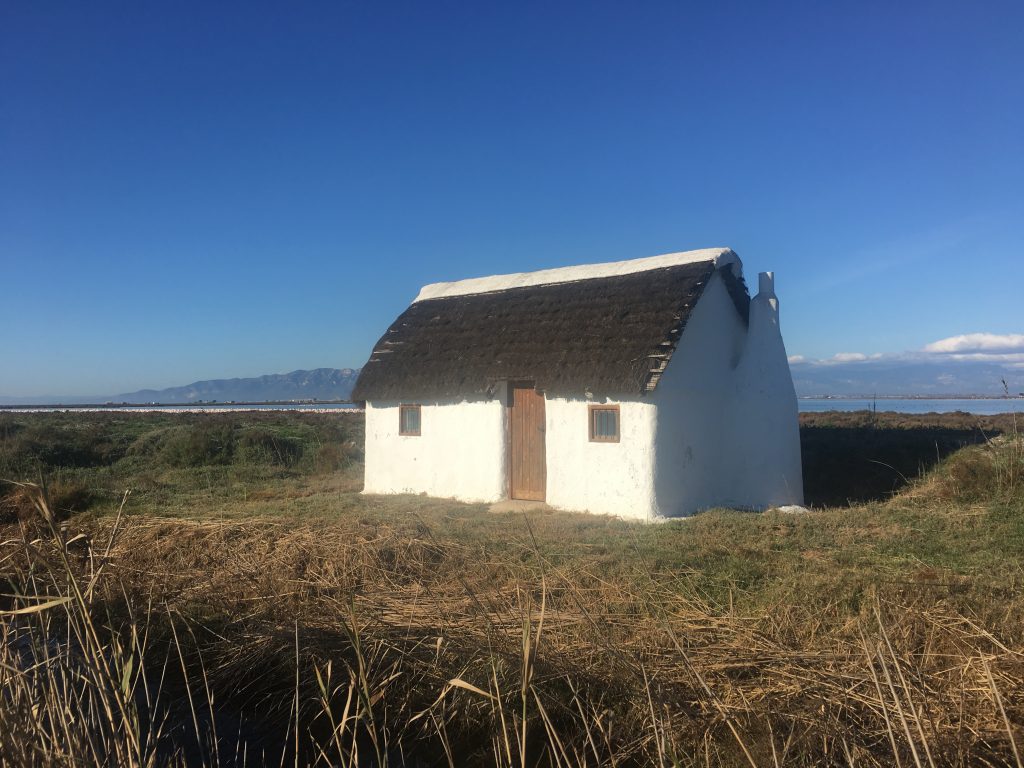 Traditional rice farmers dwelling – with some flamingos in the distance 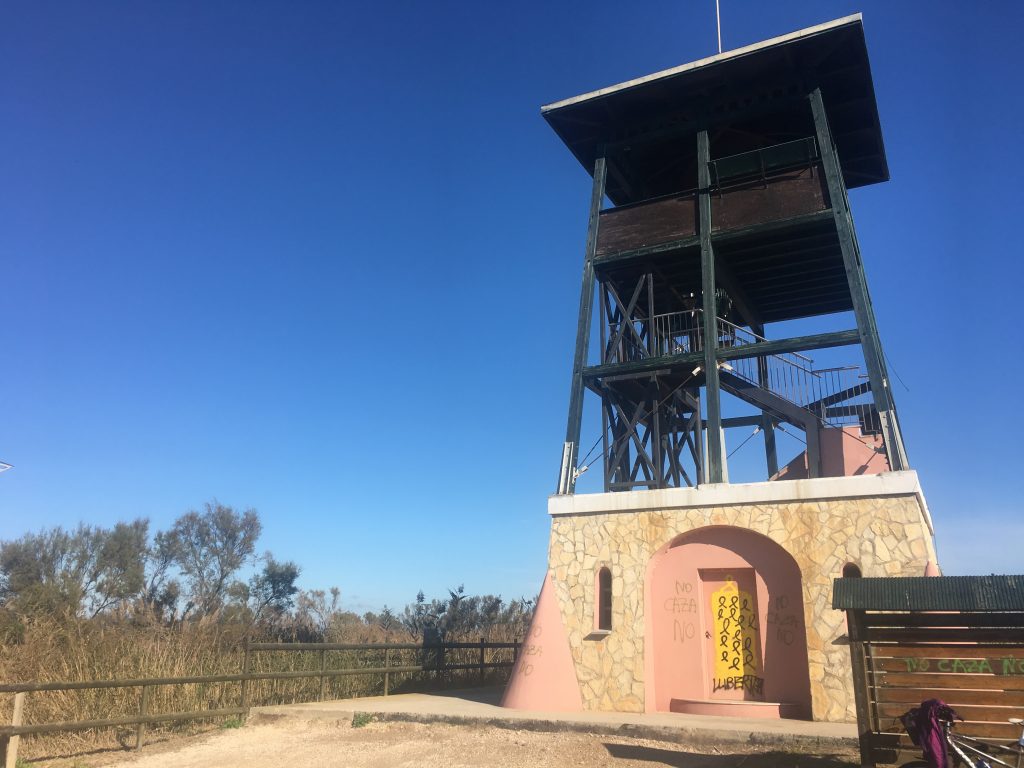 One of the many bird hides 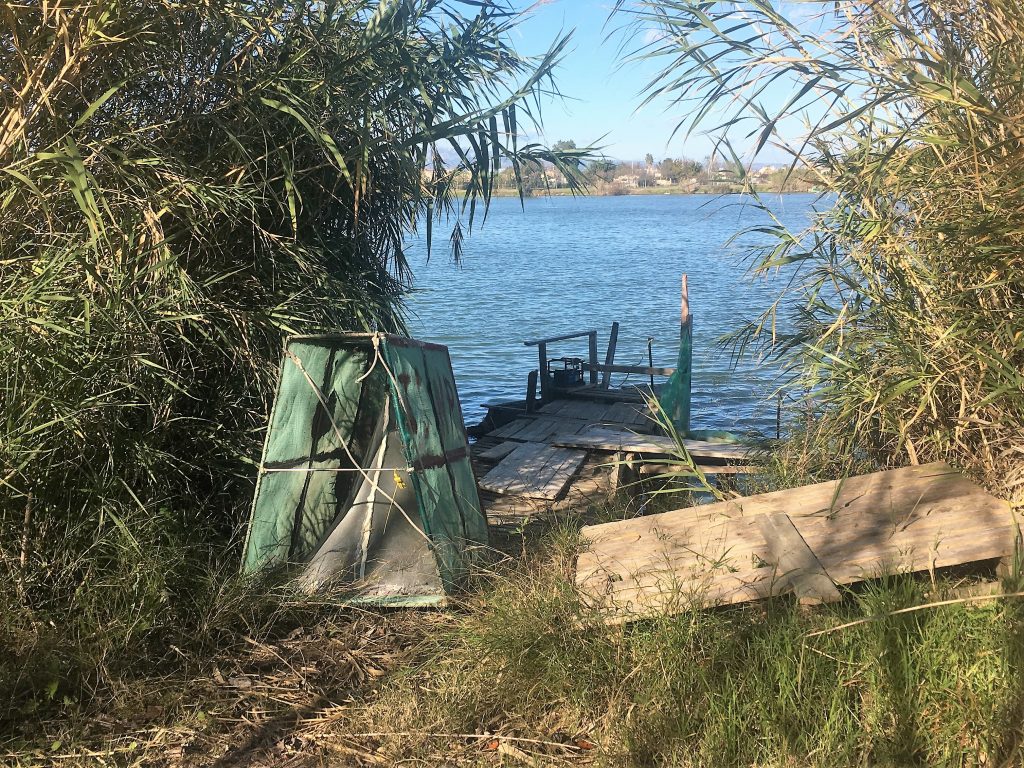 Fishing traps along the Ebro river 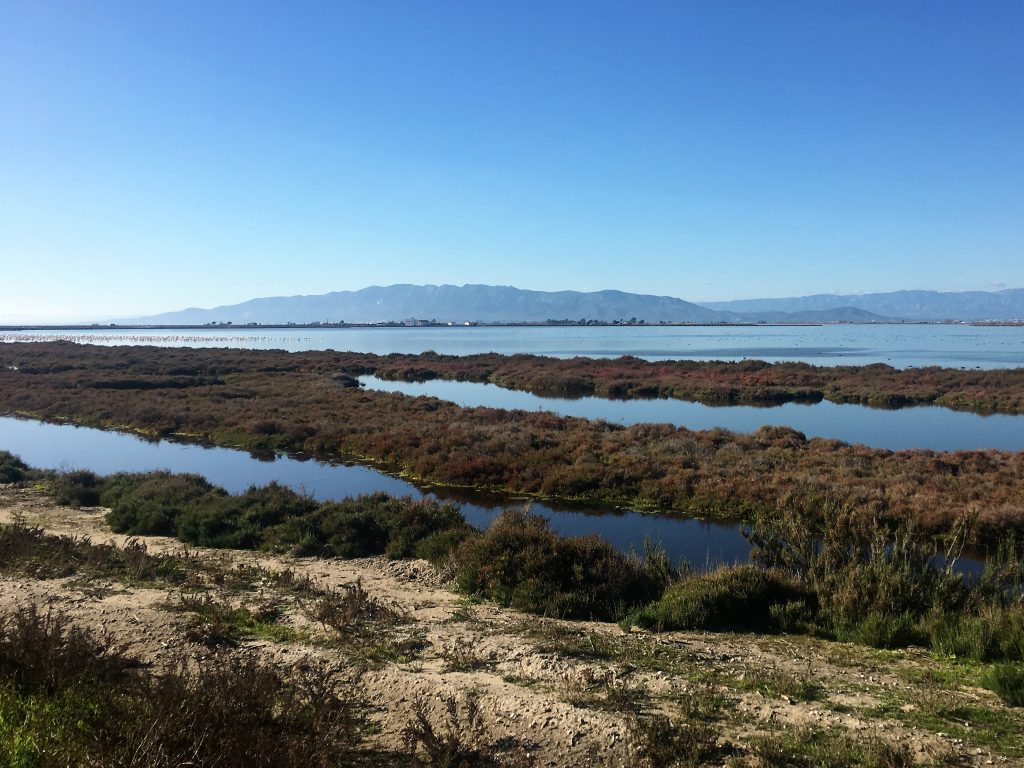 Views back to the Serra d’Irta