We could have been accused of having no imagination as we trundled back to the Castell Saint Jordi. With a colder spell of weather approaching we wanted to spend a last couple of days by the beach and decided we were safer going back to somewhere we knew and liked.

Although the sun was still shining the breeze was picking up and the air was already feeling fresher, but I was determined to get a final swim in before we made our way back to the UK so I was straight down the beach in my bikini, getting some very odd looks from the Spanish who were all wrapped up in their winter gear. Paul was still feeling a little under the weather so he was towel monitor. I followed the swim up with a nice walk along the coast to the south. 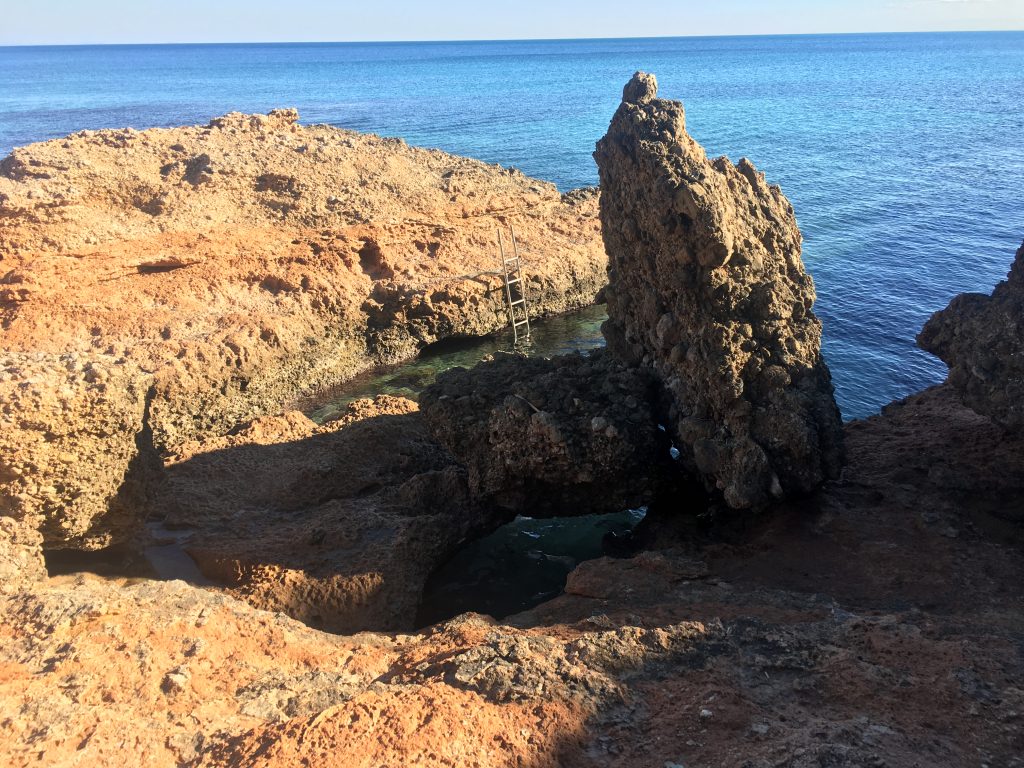 Paul was a little jealous of my swim and so when he awoke the next morning feeling bright and chipper he decided that we should go snorkelling. Yet again we provided entertainment as we walked down to the beach in our wetsuits. The snorkelling was brilliant with many colourful fishes and interesting caves and alcoves but it was quite chilly above the water as the breeze ruffled our hair. 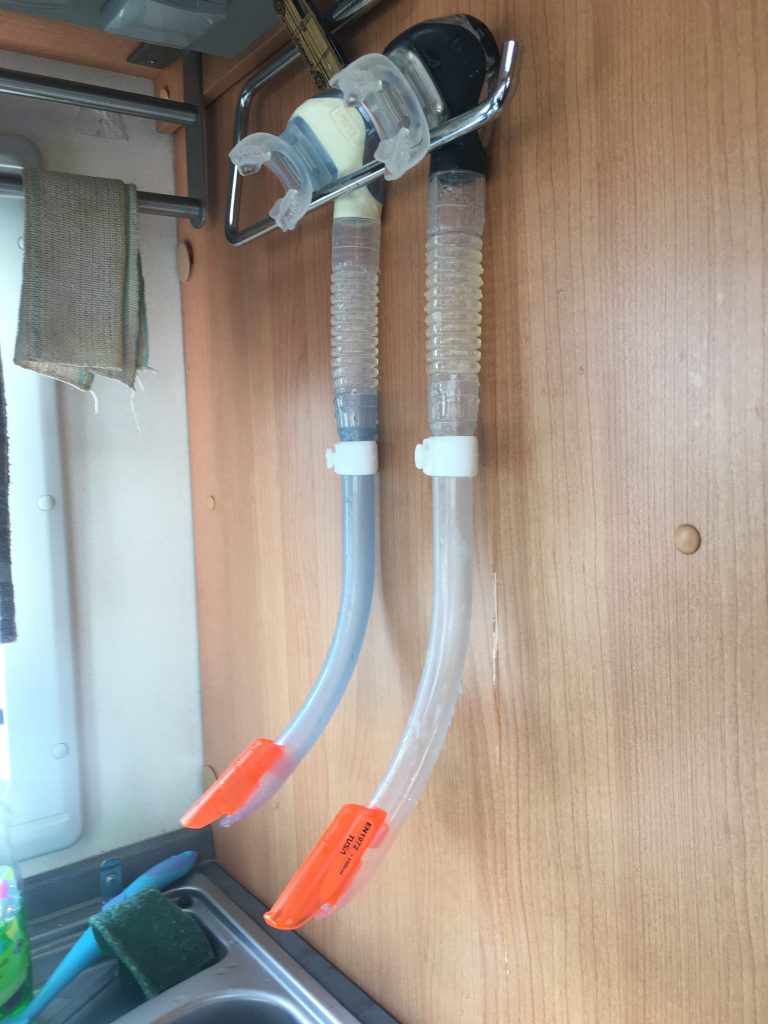 Drying out our snorkel tubes on the kitchen roll holder 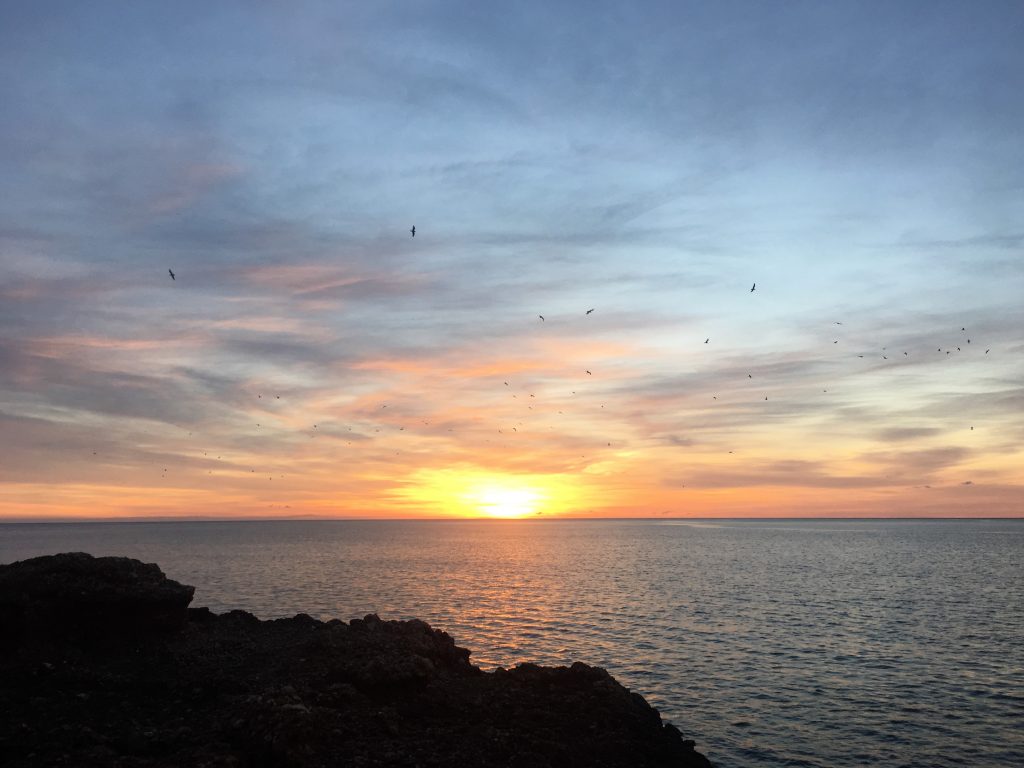 I finally got up early enough to see the sunrise.

We didn’t spend the whole time being stared at – on the Friday afternoon when we arrived we had a good old nosey at an altercation happening across the carpark from us. A Spanish couple and their children had turned up, presumably for the weekend. When the police arrived on one of their regular rounds they stopped outside the Spanish motorhome and had a good look around and then a long conversation with the man where there was a lot of arm waving on both sides. We couldn’t work out what the problem was until the police car drove away. Then we saw the big puddle of water under the van – presumably the grey waste. For those of you who don’t know, grey waste is the waste water generated from anything that goes down the plug holes i.e. showers and washing up. Normally it gets collected in a tank and you drive to a motorhome point where you can dispose of it by driving over a drain. It is not at all good form to dispose of it on a paved surface and although it’s not the worst effluent it can get a bit smelly. It was pretty obvious by the arm waving that they were being told to leave, but first the poor man had to endure a dressing down from his partner which also involved a lot of arm waving and shouting. It was with a very hangdog expression that he finally drove off.