09/12/18 – 10/12/18
We spent Sunday driving north through Spain. We had a destination in mind, but sometimes life throws us a little disappointment. We were almost retracing our steps through the Serra del Montsec and had decided to make good on our promise to explore the place more thoroughly. We had our hearts set on a dramatic walk through the Mont-Rebei gorge. Alas it was not to be. The main car park has a height barrier (boo hiss) and all other parking spots along the road were rammed. Coaches, motorhomes and just other cars we struggling to find spaces in the few laybys and lots of official looking signs sensibly prohibited parking on the single track road. We reluctantly, and with great sulkiness on my part, left this for another day. It’s obviously a very popular walk and so one for a weekday in winter.
We decided that, rather than look for an alternative walk in an area that seemed very deficient in motorhome parking – even park4night was drawing a blank – we might as well carry on to the Pyrenees and stop somewhere we knew would be motorhome friendly. And so we ended up in Les, a small town on the border with France. By the time we got here it was late afternoon and the town was pretty quiet with only one other motorhome parked up by the cemetery. Les was an odd border town. We had noticed that Spain’s prices were significantly lower than France, but we hadn’t realised that this would spawn border towns that were very much like Andorra; full of perfume, cigarette and alcohol suppliers. Not duty free of course, but the lower prices were enough to tempt people across the border to shop in bulk. Sadly the only shop we were really interested in – the local cider co-op – was closed. 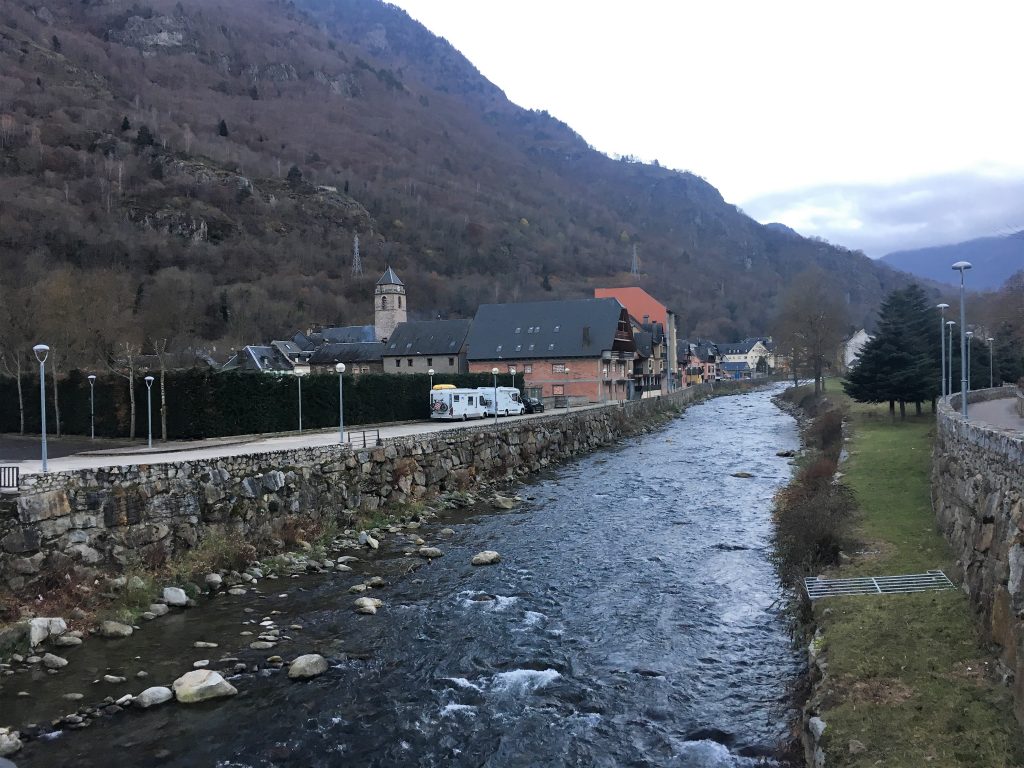 Parked up by the river in Les

We had one final walk in Spain before we crossed the border ourselves. From our parking spot we walked a figure of eight with the pretty village of Bausen as it’s waist. The route took us north of the village along the Camin dera Lana, past farm yards full of overwintering livestock, to the point where it crossed the main road. From here we crossed onto the road to Bausen and took the footpath that branched left from the road soon after the junction. We had left the Pyrenees shrouded in snow, but the snow appeared to have melted from all but the highest tops. The autumn leaves that had been clothing the trees in bright russet shades were now on the forest floor, hiding the rocks and mud (and dog poo) and creating a slippery uphill walk. 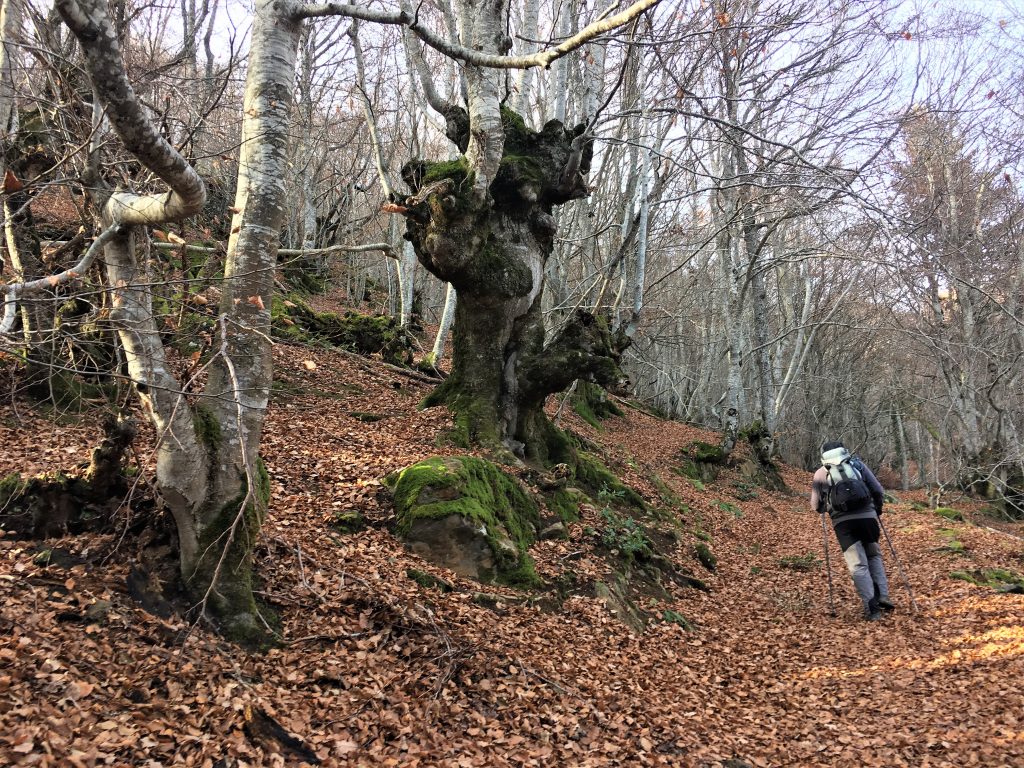 The path took us through Bausen where a number of paths meet. Our way on was via the Cami de Carlac that heads out of the north east corner of the village and on up along further forested paths. 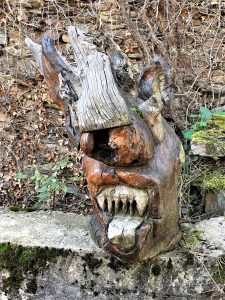 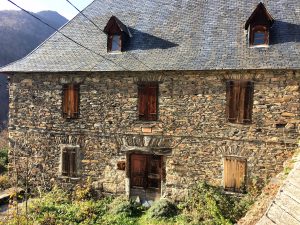 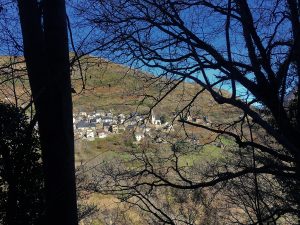 The village from a distance 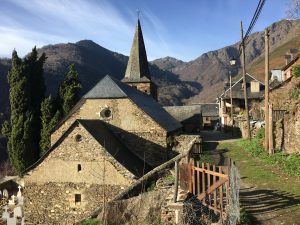 As we climbed out of the forest the path circled round to the west and south and we started to head back downhill across slopes with a very different character, bare of trees and with many ramshackle huts and houses that seemed abandoned. We assume that these are the homes and shelters used while livestock are on the summer pastures, although it seems unlikely that any are used now. Motorised transport means that farmers and herders no longer need to move up to the hills in the summer, they can remain in their village homes and hop on their quad bikes. 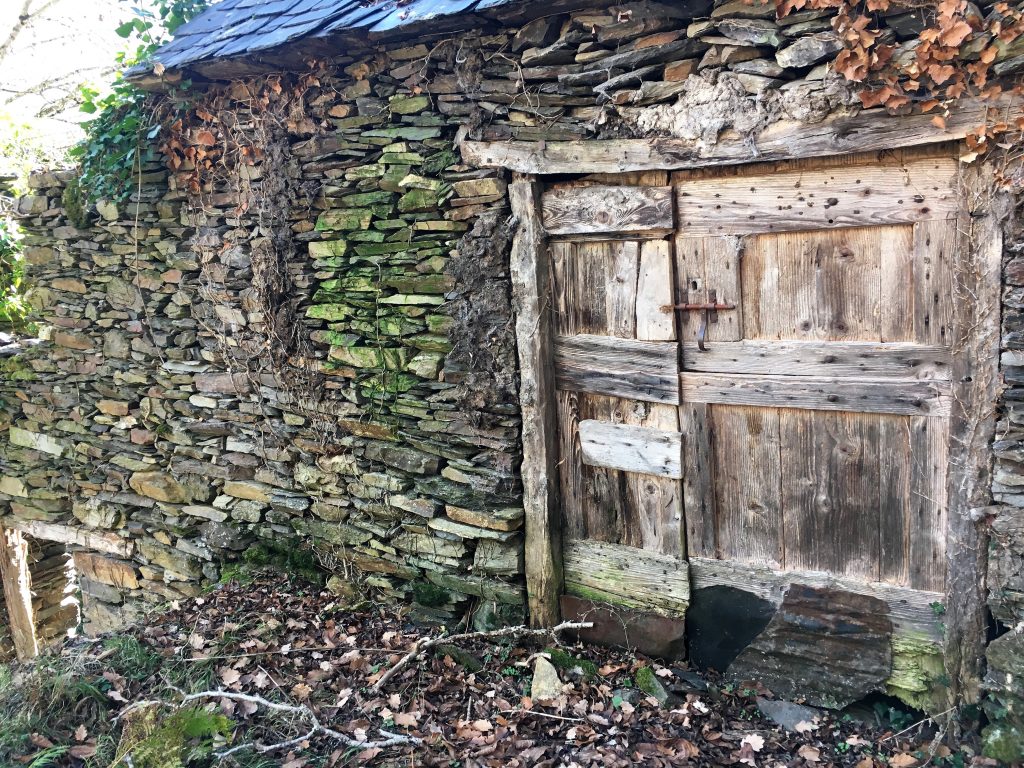 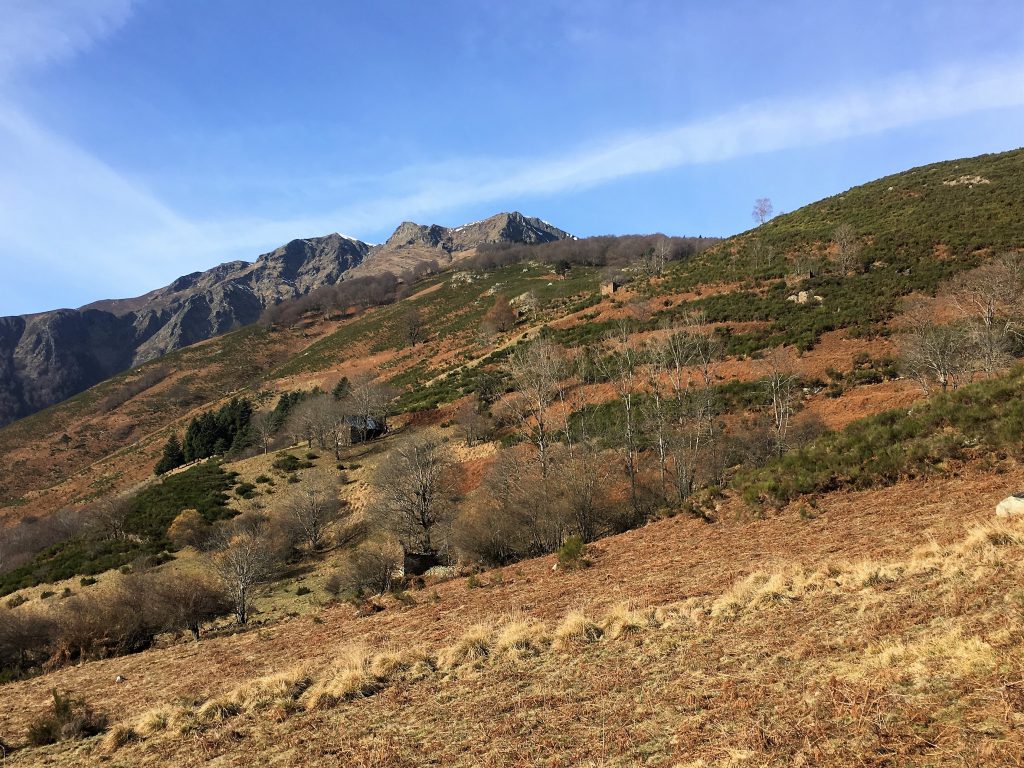 Mountain views, you can see that the near slopes are peppered with buildings.

The path bought us back down to Bausen, which we left from the south west corner this time, following the signs back to Les. We walked back through the village, passing the cider shop (still shut) on the way to Bertie. Although the walk was less wild than we had been used to it had still been enjoyable, particularly on the return leg where the forests had given way to views across the hills. 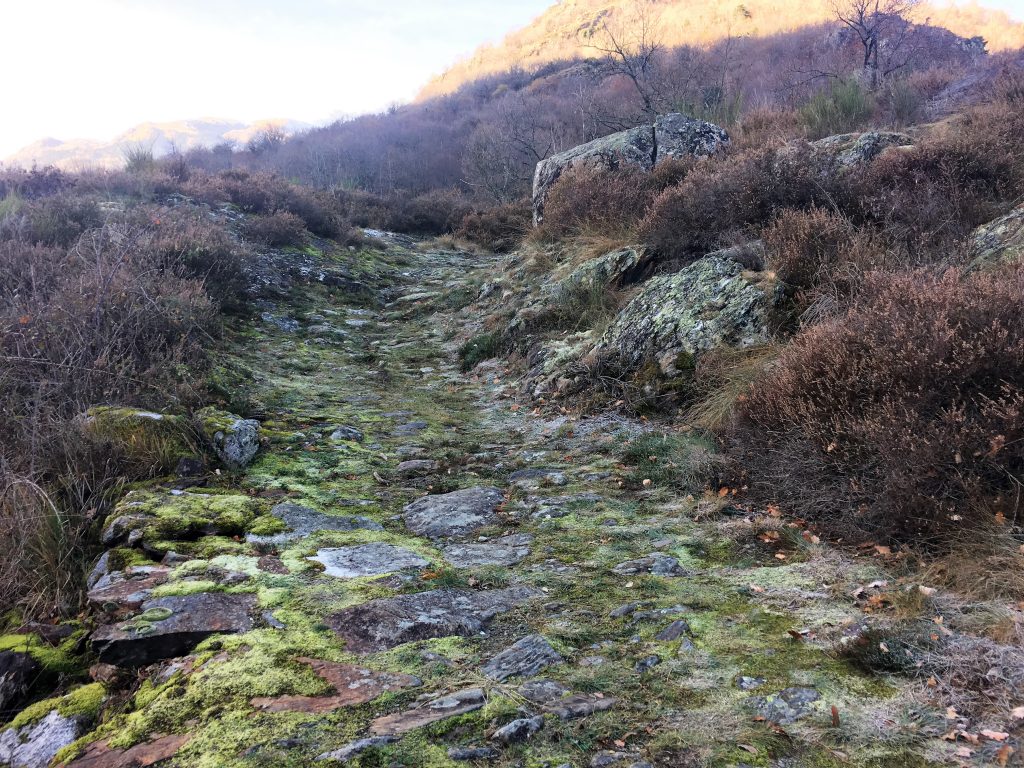 Old cobbled tracks on the mountains, ancient paths between villages and pastures

We decided to stay one more night in Les, our final night in Spain, and in the Pyrenees, for now.