We fancied doing the cycle trail alongside the Ystwyth river so scouted round for a parking spot, something that we could access easily with Bertie and would place us on the cycle path at a reasonable distance from Aberystwyth.

As an aside, I think I knew that the ‘Aber’ in welsh place names meant river mouth and preceded the name of the river, just like the suffix ‘mouth’ in Exmouth, but it still managed to surprise me that there was a river called the Ystwyth.

The parking spot we found was a picnic area near Trawscoed (translated quite literally on some maps as Crosswood – it wasn’t angry, just on a crossroads), a lovely spot with plenty of parking and picnic benches by the river. Although we hadn’t been planning to stay overnight we decided that we would be missing out if we moved on, it was a very quiet spot mostly used by dog walkers although we did see one suspicious transaction (man drove in, looked around and then left, second man arrives and gets out his phone, first man comes back, exchanges something with second man and then leaves, second man walks his dogs…hmmm. First man could have at least pretended to be making use of the car park – his undercover operations skills need some work I think), and there were a couple of pleasant short walks along the river banks. 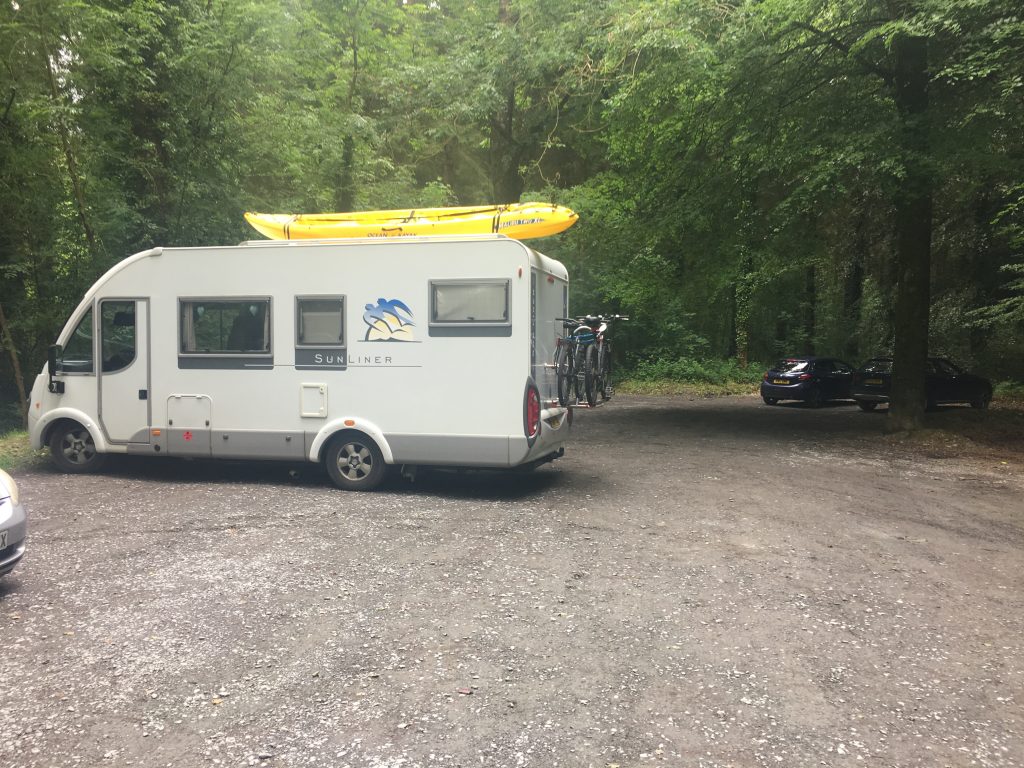 Trawscoed parking spot, the only problem with parking under the trees is that the solar panels don’t charge as quickly.

Now it was only ten miles into Aberystwyth, so not a long cycle ride by any stretch, and on a cycle route that promised to be very flat as it followed the river nearly all the way and the only gradient was where it met the coast. But this wasn’t going to be about pushing ourselves, we just wanted to enjoy more of the lovely scenery we had walked through the day before, that mixture of deciduous woodland, river and coast.

It didn’t disappoint, the sun shone sporadically through the clouds, bringing summer warmth whenever it managed to break through. We had a pleasant meander through Aberystwyth, going round in circles as we tried to break out of the one way system. On the way back we stopped to have a picnic on the pebbled river bank where Paul saw a kingfisher, his second of this trip, yet again I missed it – I’m beginning to think he makes these sightings up! 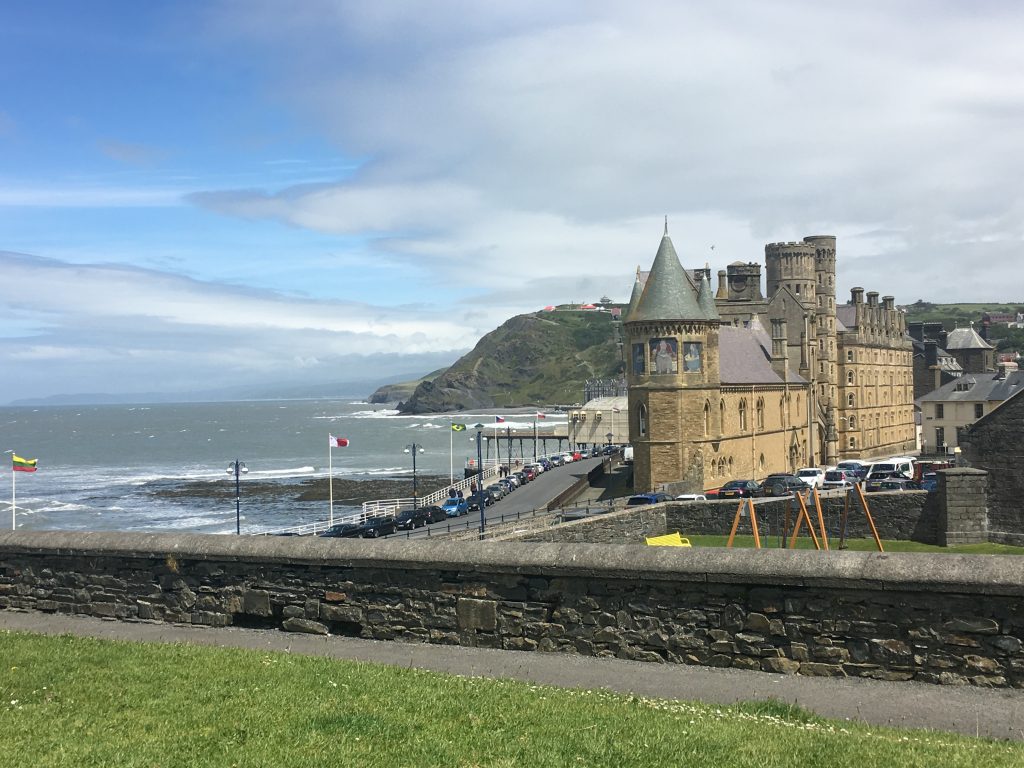 View across Aberystwyth from the castle 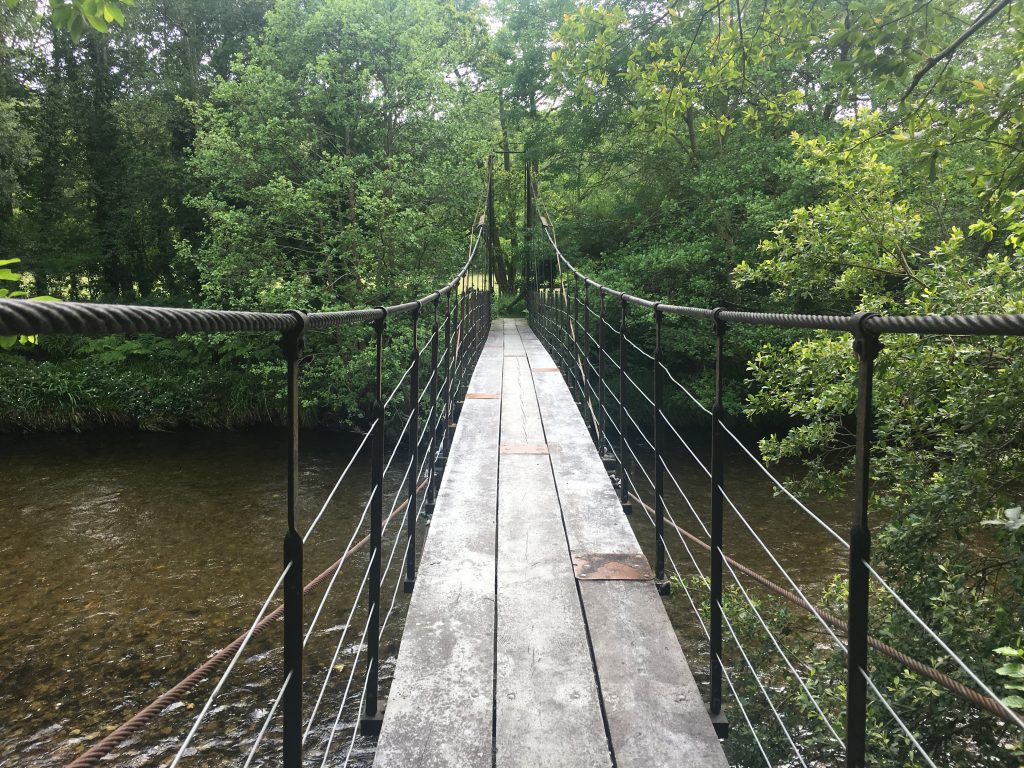 Springy suspension bridge across the Ystwyth 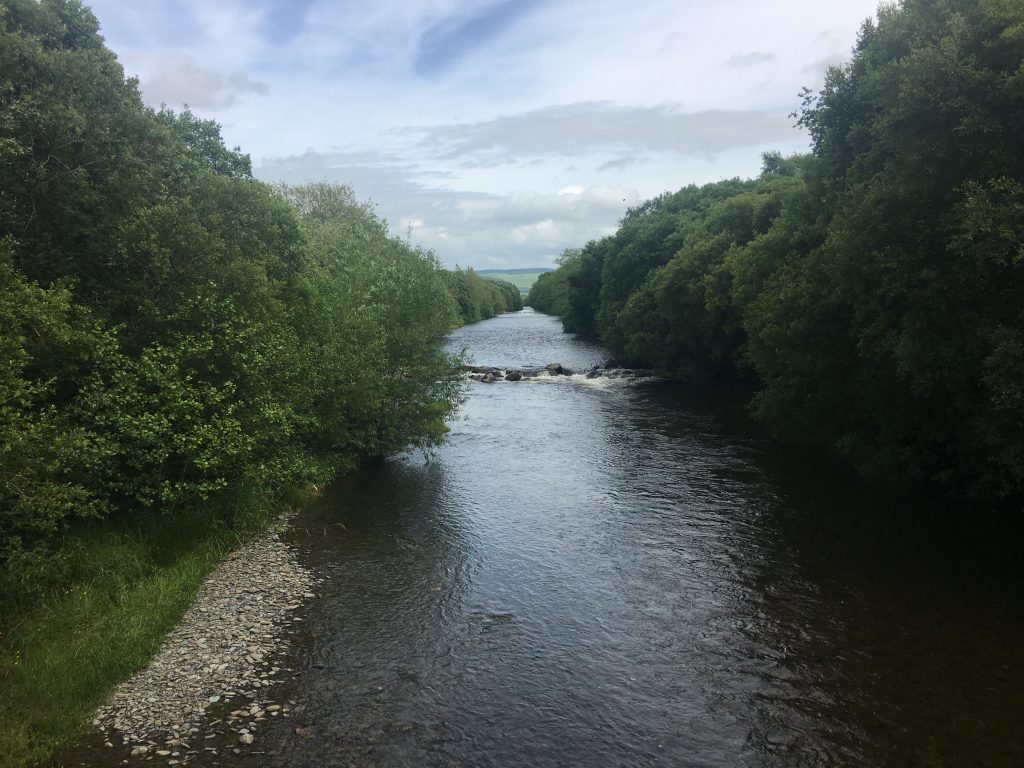 View down the Ystwyth river