With aching legs from our previous days drive we decided that this should be a day of sightseeing. We settled on Villefranche de Confluent as our destination as it had a selection of interesting looking tourist attractions, it was also the bottom station for the Train Jaune although we decided that we would save that for a future visit in the summer when we could try to get a seat in one of the open topped carriages.

With that destination in mind we actually drove a little way past the town to visit the Grottes des Grandes Canalettes, a tourist cave complex that appealed as we hadn’t visited any caves since Portugal last year. There was motorhome parking here, as part of the extensive parking for the caves, somewhere we thought about staying but decided against in the end.

We payed our €10 each to get into the caves, rather an expense for us, and proceeded through the tourist tat section of shopping and café into the caves themselves. The entrance way was not very dramatic and we looked at each other as if to say ‘what have we just spent our money on’. The tunnel showed the evidence of drilling by whoever had opened it up for tourists and was just rather drab brown rock. Soon, though, we were into spectacular large chambers with all sorts of formations. Unlike many caves we didn’t have a guided tour but were left to our own devices to explore the caves and read information boards, this was a blessing as it was the French school holidays and children were running around having a great time with the UV torches they had been given. We could let them get ahead of us and then take in the surroundings in peace and quiet. It must have been great for the kids too, not having to be quiet and listen to a tour guide, it definitely reduced the whinge factor. 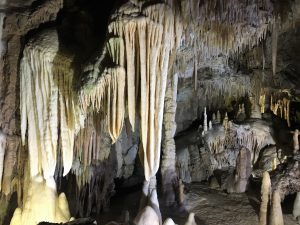 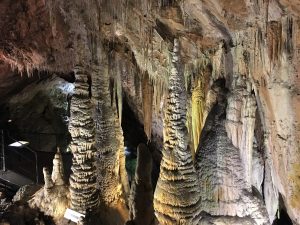 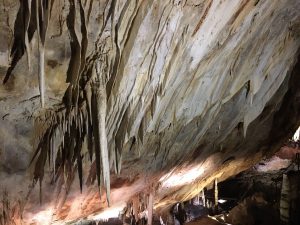 It took us just over an hour to get our fill of the caves, as you exit there is a bit about the water cycle and the history of the caves, including the sad tale of a cave diver who died during exploration (one of THE most risky hobbies) but unfortunately it’s all in French, unlike the information boards in the caves themselves.

After our visit to the caves we lazily drove down to the walled town, using the paid parking area at the western end of the town. The parking costs weren’t extravagant so we were happy to pay up and wander into the town to take a look around. 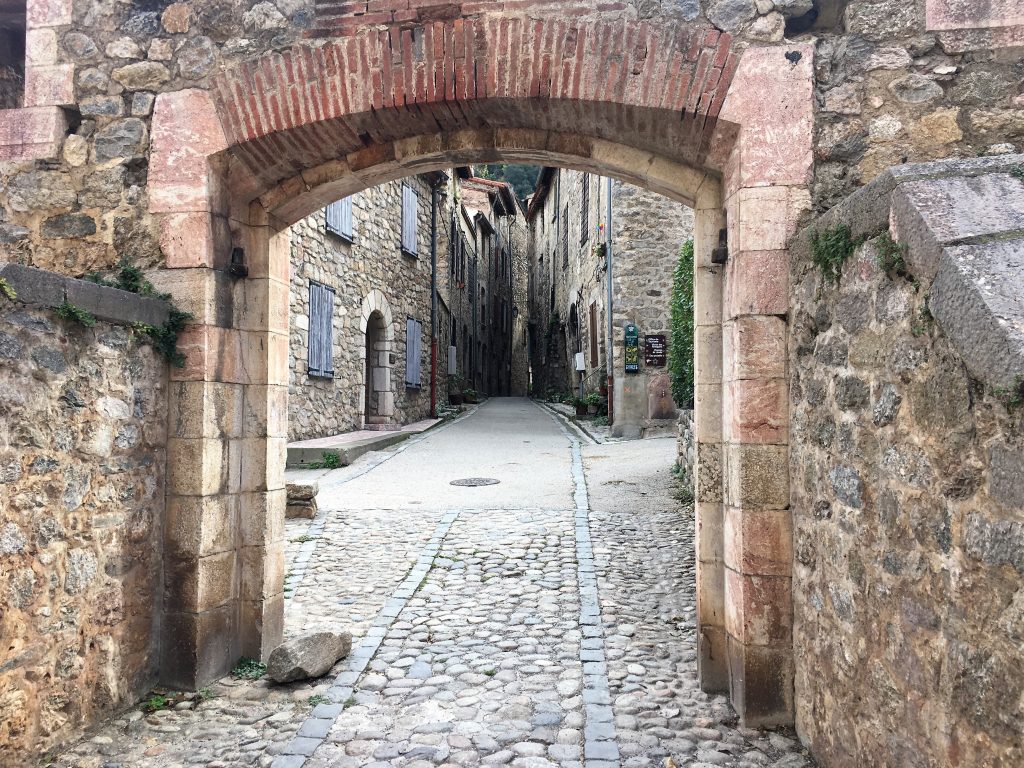 Looking into the towns medieval streets

Paul declined a visit to Fort Liberia which perches on the cliffs above the town, he said his legs were aching far too much to tackle the ‘thousand steps’, and I wasn’t willing to pay for the 4×4 to ferry us up there. So we contented ourselves with a walk around the fortifications (4 euros each). These fortifications are one of the reasons that Villefranche de Confluent is a UNESCO world heritage site. Originally built in between the 11th and 13th century they were improved by the famous military engineer Vauban in the 17th century. Although Vauban designed defensive improvements for hundreds of French citadels, it is the 12 in this contested area of Catalonia that make up the UNESCO world heritage listing. 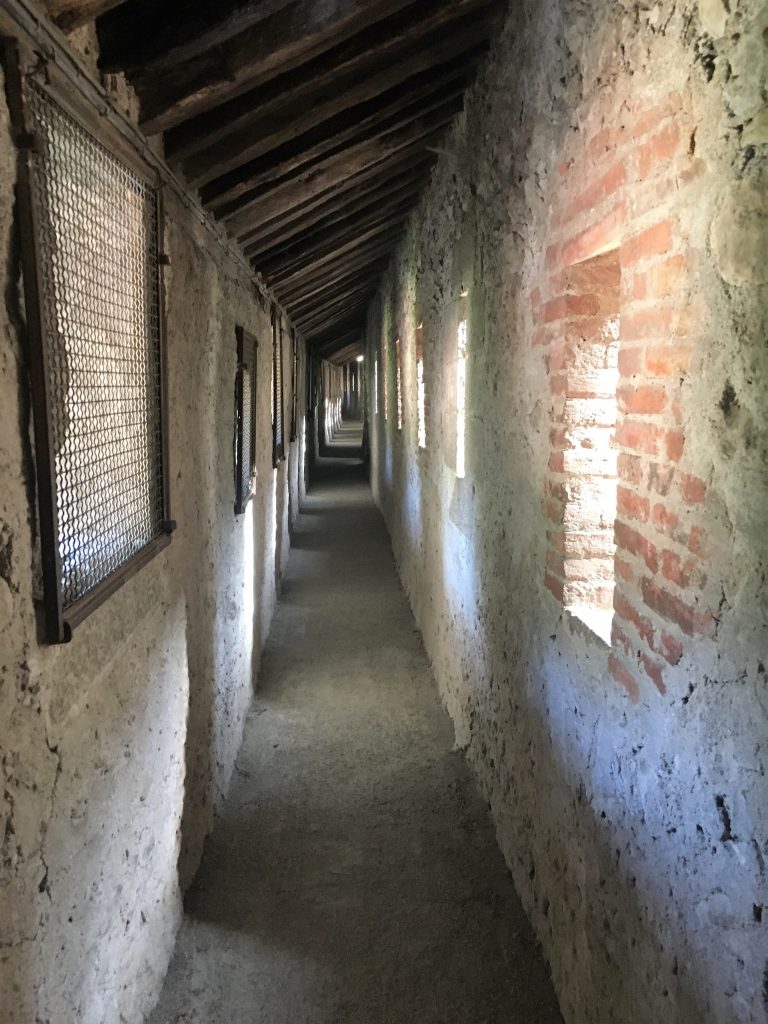 Inside the covered walls

We wandered around the fortifications, taking in the remaining medieval tower, the covered fortifications and occasional views of the rooftops. Because the fortifications are covered, not that high and set in the valley you don’t get far reaching views, I expect those are to be found at the top of those thousand steps. Nevertheless it was an interesting perambulation, helped by the English language information sheet we were provided at the ticket office. 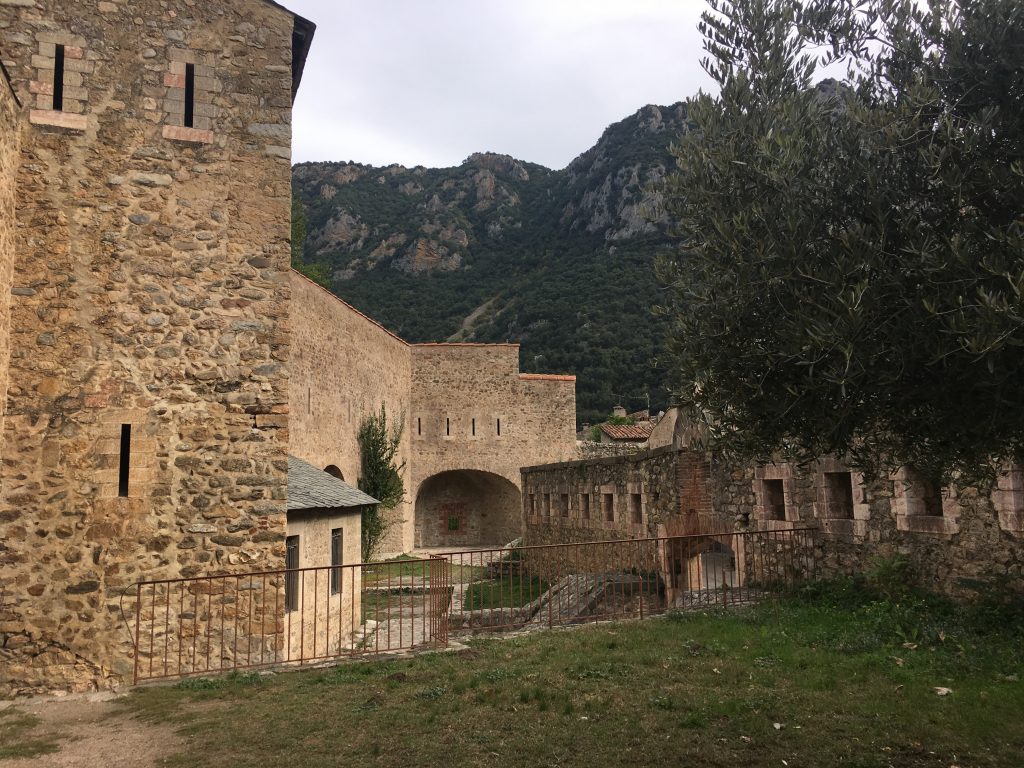 More views of the citadel 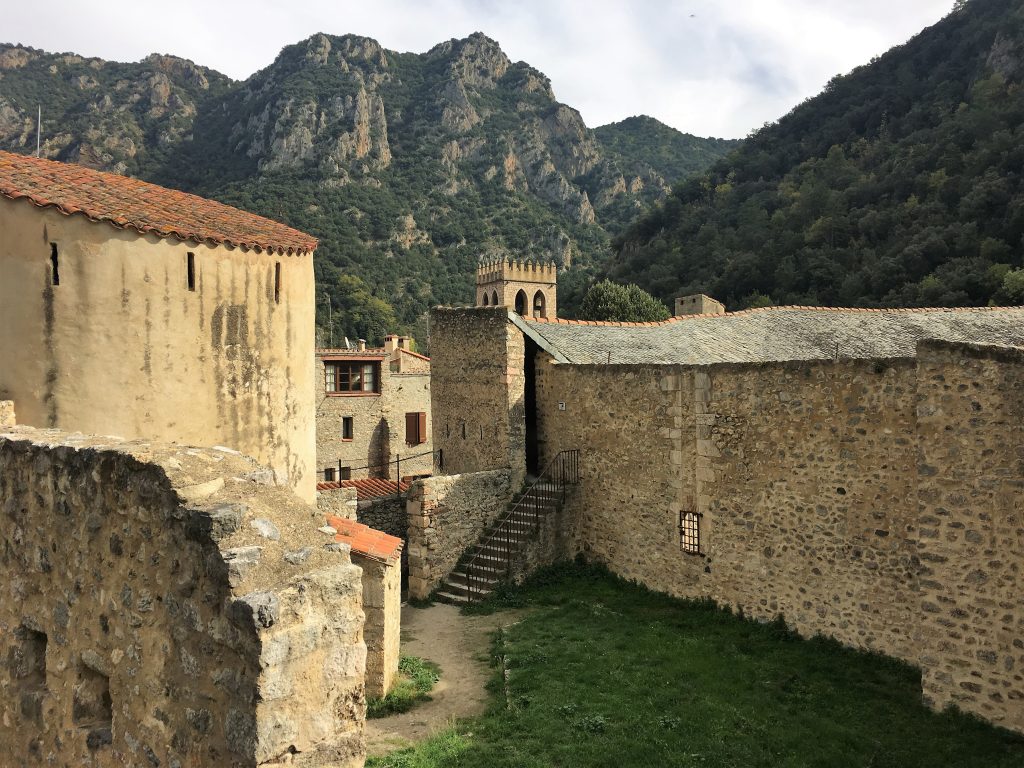 View into the citadel 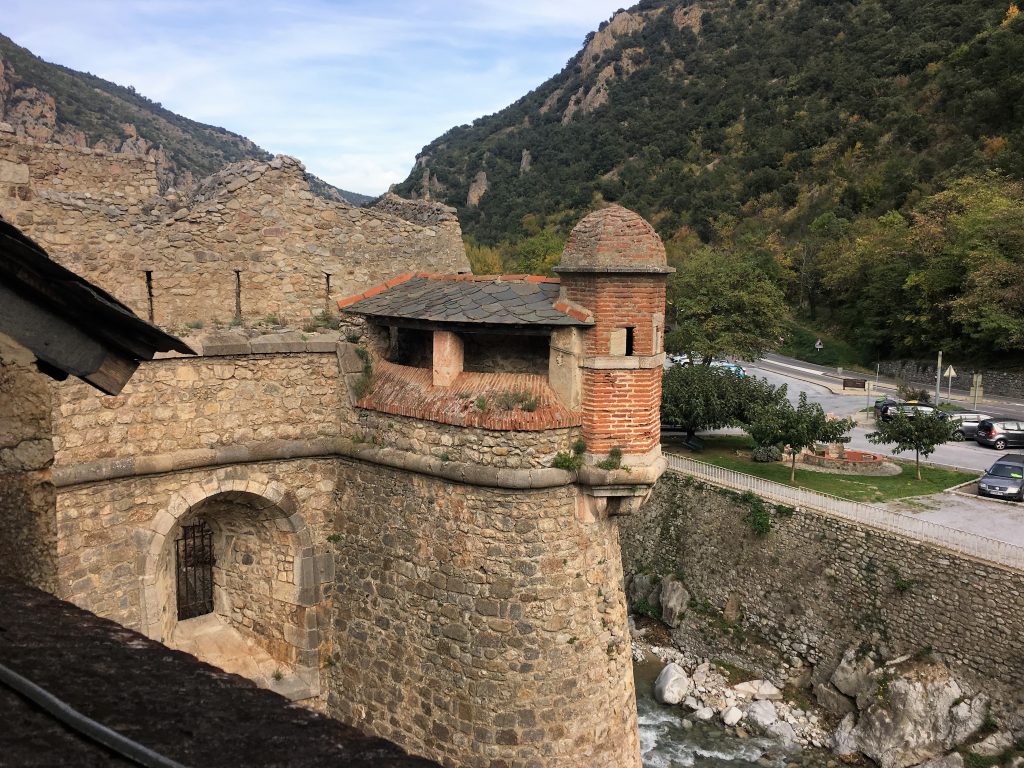 One of the many fortified towers along the city walls

After getting our fill of the pleasant and very tourist oriented town we returned to Bertie and decided to move on. The weather was due to turn and we decided to wait out the rain and snow down by the coast. That afternoon we did a bit of grocery shopping and then settled into motorhome parking near Ille-sur-Tet. The parking was for another tourist attraction – the gorges of Les Orgues – but by the time we turned up the rain was falling and we didn’t have any desire to get out for a look.