During yesterday evening we searched for a spot to park in the famous forests in the central Gargano. We found parking spots, but they were off road and deeply rutted. With a sigh of frustration we opted to continue to our next coastal parking spot at Vieste rather than carry on driving round the forest roads. Who knows, we might have found the perfect parking spot just around the next hairpin, but we’d run out of enthusiasm for looking.

Vieste has an attractive old town by all accounts, but I couldn’t persuade Paul to walk to it’s streets. We parked in a large carpark behind the wide sandy beach where there was specific prevision for motorhomes, then promptly copied the other dozen Italian vans and parked in the car area where there were better views (there were no cars in the car park as they had all decided to park on the street-side parking). From here we could look out to sea and see the buildings of the old town from afar.

We woke on the 1st still frustrated by our failed attempt to get parked in the forest, so decided to take a bike ride along the coast and then loop back inland where we would get a taste of the forest. Along the coast our frustration continued as we found ourselves stuck on the main road and unable to get to the coast proper due to so many private homes and businesses with locked gates. This is the first time we’ve really been thwarted by Italy’s private beaches. Usually they have been unguarded during the low season and open for anyone to use, but here all access routes seemed impossible (perhaps we were just going too fast to see them – not likely!). Finally we found a dirt track leading to Torre Calalunga and could see that we would be able to work our way back from here around the coast – at least for a while. We abandoned plans to go inland and instead cycled over grassy sward and limestone pavement back along the cliffs, stopping often to admire the views, caves and arches that are one of the natural attractions on the peninsula. At one point we came across a group of four motorhomes parked up on the grassy clifftop, we weren’t sure how they had got there but they were enjoying the May public holiday with the type of lavish spread that one associates with a food-proud nation like Italy. Our picnic was slightly less gastronomic.

We were able to enjoy this less developed coastline for a few kilometres, winding inland a couple of times to avoid hotels, before the Baia di Sifinale where we stopped for a swim and a snorkel back around the rocks. Then it was back up onto the main raod to cycle back to Bertie. 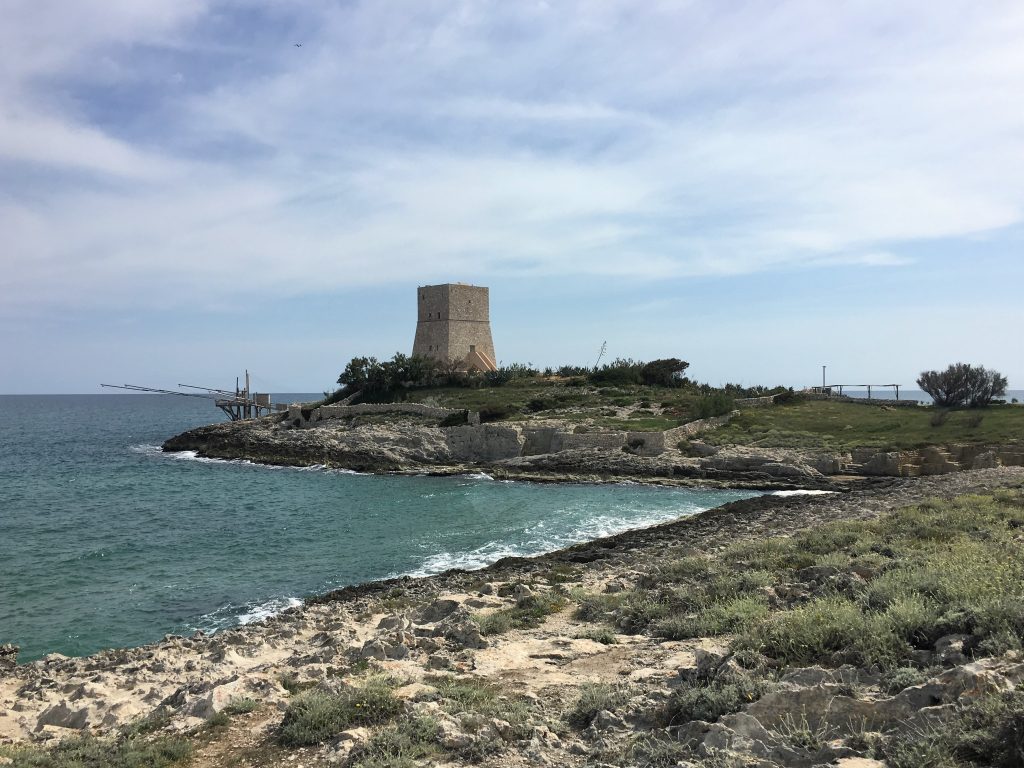 One of the many defensive towers along the coast. Notice the fishing Trabbuco, they are common from this point northwards along the Adriatic coast. 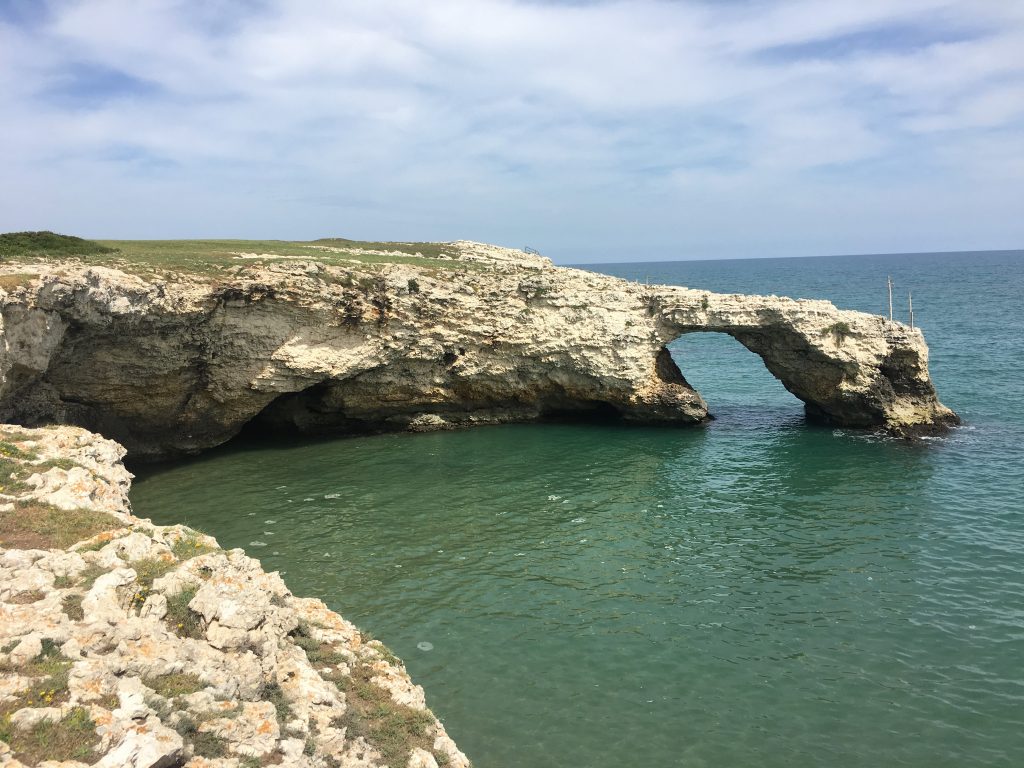 Arches and caves marked the coastline. Some of the caves reached through to the cliffs above where you could hear the strange gurgling of the sea echoing under your feet.

We were a right pair of whingers today, feeling like we had missed out on the forest (both of us) and the town of Vieste (me) but in the end we found somewhere spectacularly beautiful to enjoy, just not forest.