Next it was back to the original plan, and so we headed back down to the northernmost ‘toe’ of the peninsula. Mynydd Mawr (literally Big Mountain) overlooks Bardsey Island and there is a National Trust car park which was our camping spot for the next couple of nights. It was difficult to find a level spot on the grassy carpark, but we did the best we could. 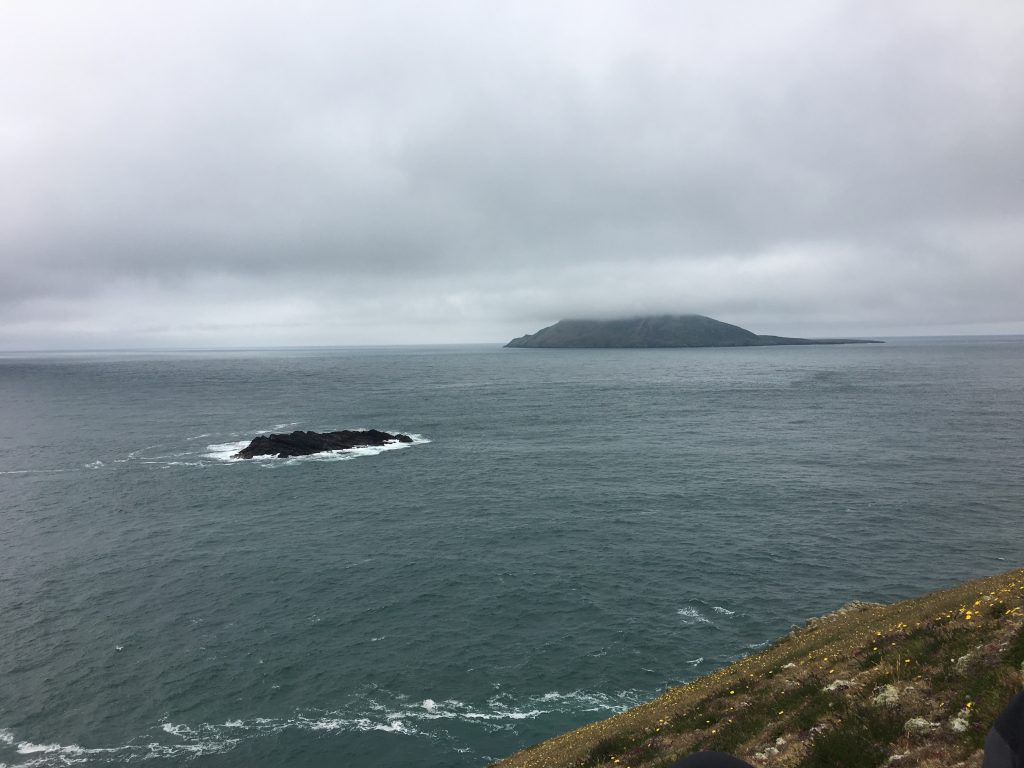 Bardsey Island’s welsh name ‘Ynys Enlli’ means Island of the Currents and you can see why it got it’s name at high tide when the currents race through the sound between the mainland and the island. Even when the sea is relatively calm it produces white water. Paul went down to the nearby beach to do some fishing (while I had an early night due to some unpleasant consequences of the Food Slam) and found it quite unnerving to see how fierce the currents were so close to shore.

We went for a walk around the headland on the first day, finishing on the top of the headland where there were long views across the Lleyn peninsular. The second day we took a bike ride following regional cycle trail 43 which used country lanes (not that there is any other type of road round here) – no off roading for us on this ride. 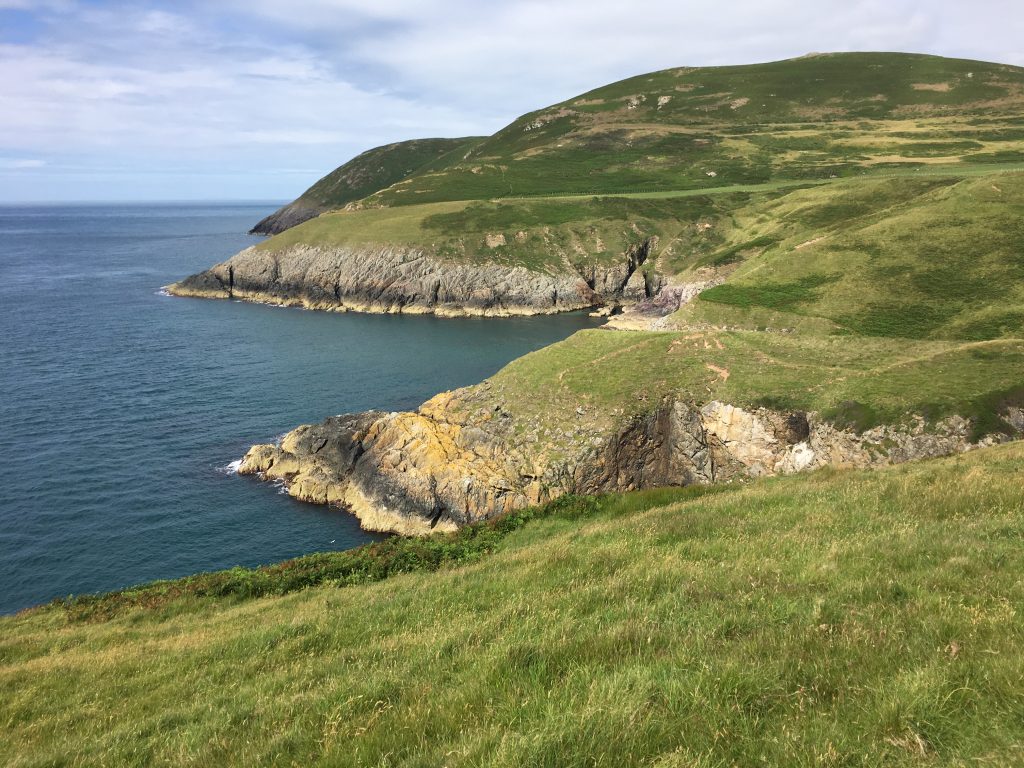 Walking round the coast path to Aberdaron

The weather had turned out better than expected, so we stopped a couple of times to take in what sunshine was on offer. Once at Porth Towyn, a lovely deserted sandy beach, and once at Aberdaron. Aberdaron is a bustling little village all set up for the tourist trade. For us the main excitement was the free beach WiFi, we’d been without a reliable internet connection for a few days and this let us catch up with the outside world. Plus we downloaded a few TV programmes to help us while away the rainy days we knew were coming. 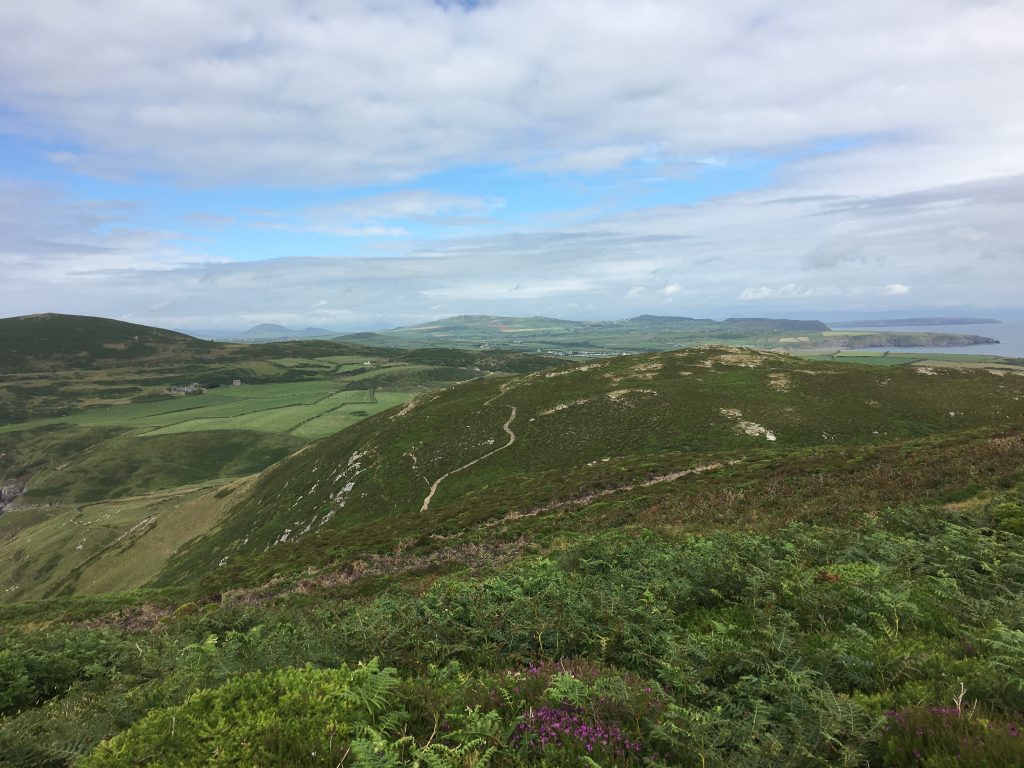 On our final morning here we woke up to grey drizzle, the only thing that seemed to be enjoying this were the choughs who were busy pulling up worms from the damp grass. These red beaked, red legged members of the crow family are quite rare in many parts of the UK but we’ve seen plenty of them round the coast of wales.

Even the sheep were trying to get away from the rain – by taking refuge under our van. When we woke up to strange sounds we couldn’t work out what it was, but when we opened our door and the sheep all scattered we realised that they must have been scratching themselves against the chassis.

A police car drove up to the carpark that morning, we wondered if this was going to be our first experience of being moved on, but this was obviously just part of their rounds as they drove up through the carpark to the view point at the top, and then a few minutes later drove back out again without a second glance.