We needed to make a decision for the next stage of our journey – stick to the coast on the Lleyn Peninsula or spend some time in the mountains of Snowdonia. The weather forecast was for overcast and cool weather and so the mountains were likely to be shrouded in mist and cloud, whereas on the coast there was the possibility of an onshore breeze to push the cloud back inland and provide some clearer skies. The weather made the decision for us and so off to the Lleyn we went.

We decided to start at the end of the peninsula and then work our way back, but this plan was slightly overturned when we passed Criccieth on the A497 and saw signs for the Criccieth festival. A bit of research indicated that one of the festival events was a ‘Food Slam’, we’re not completely ruled by our stomachs, but if it has the word food in the title…

We had a couple of nights to kill before the Food Slam so we stuck with our original destination and headed for Abersoch, a small village on the southernmost ‘toe’ of the peninsula and from there to Hells Mouth beach (aka Porth Neigwl) where there was a small parking area. From here we took a walk around the headland. Paul took his fishing gear and we stopped at a couple of fishing spots and finally caught something worth eating. One mackerel doesn’t make a meal, but it made a starter for that evening. 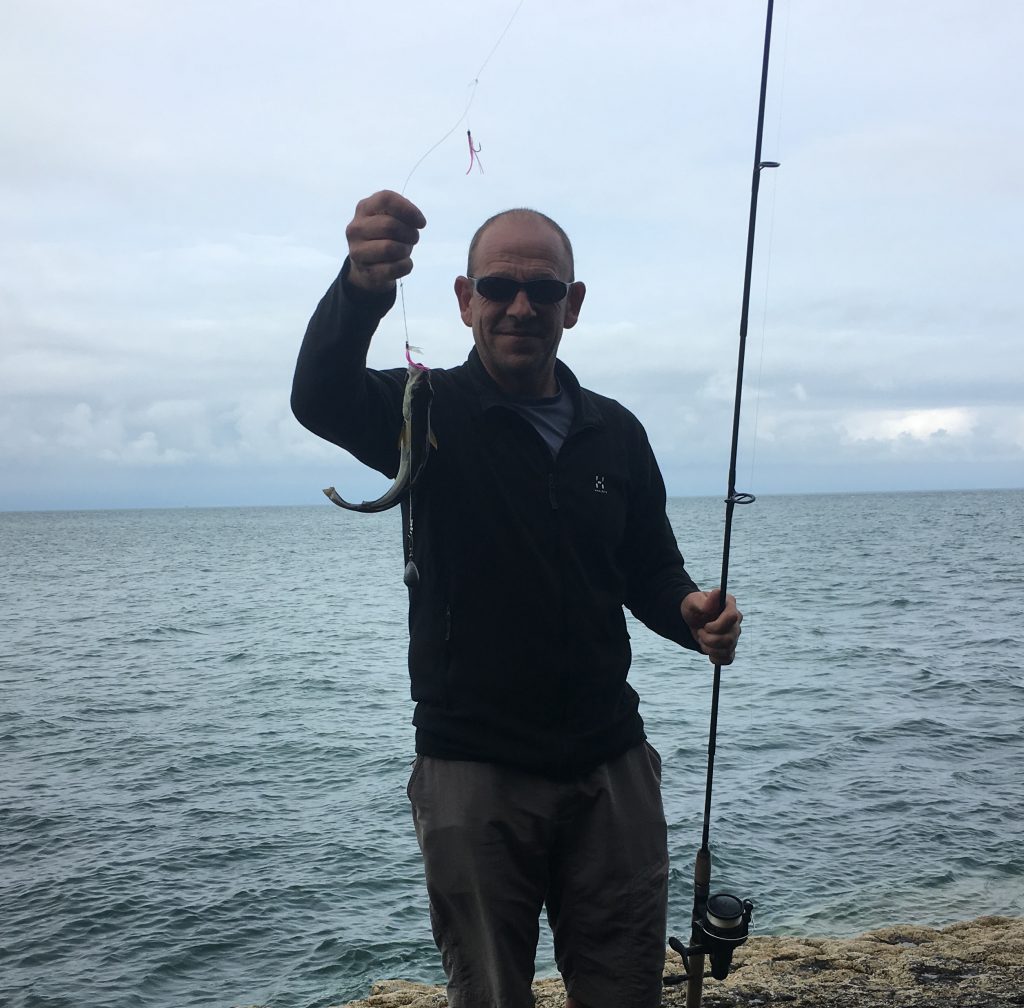 What is a food slam? Well, I think the idea is that it is a combination of street food and music, not quite a music festival and not quite a food festival. I’m sure that the intention is that it is quite ‘street’ but this was Criccieth so instead the feeling was local and regional, which wasn’t a bad thing. There was a good selection of food and drink, and a variety of music from brass bands, to jazz; I particularly enjoyed Patrobas, a folk influenced band with some strong fiddle lines. There was also a young indie style band I enjoyed whose name I didn’t get – here Welsh is definitely the first language and I didn’t manage to hear all of the announcements. 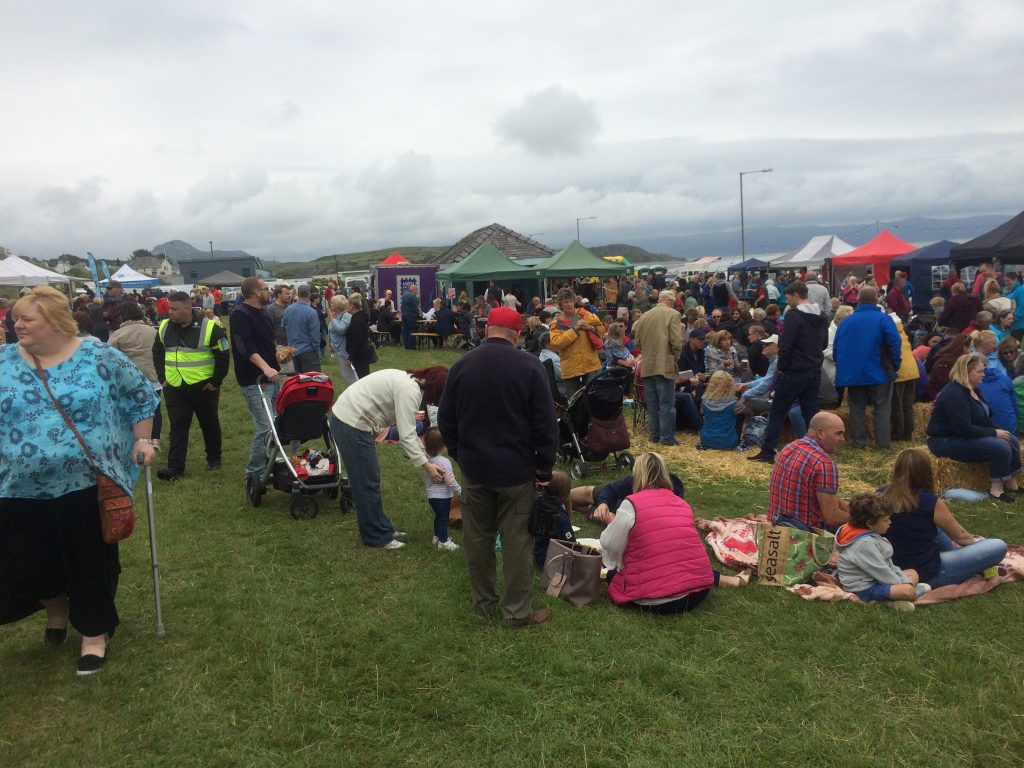 We had tried to find a campsite within walking distance of Criccieth so that we could watch the fireworks at the end of the evening, have a couple of drinks and stumble back to the motorhome, but there wasn’t anything close enough. In the end we parked up along the seafront. It took us a few tries to find a spot that would work for us. The carpark and the seafront east of the castle only had car sized spaces and no easy place to squeeze in. The parking along the beach to the west of the castle was in front of homes, hotels and holiday lets; we don’t like to feel we’re blocking anyone’s view or parking spot. In the end we found a corner which wasn’t in front of anyone’s house. I don’t think it would have worked in high season but it just about worked for this weekend. 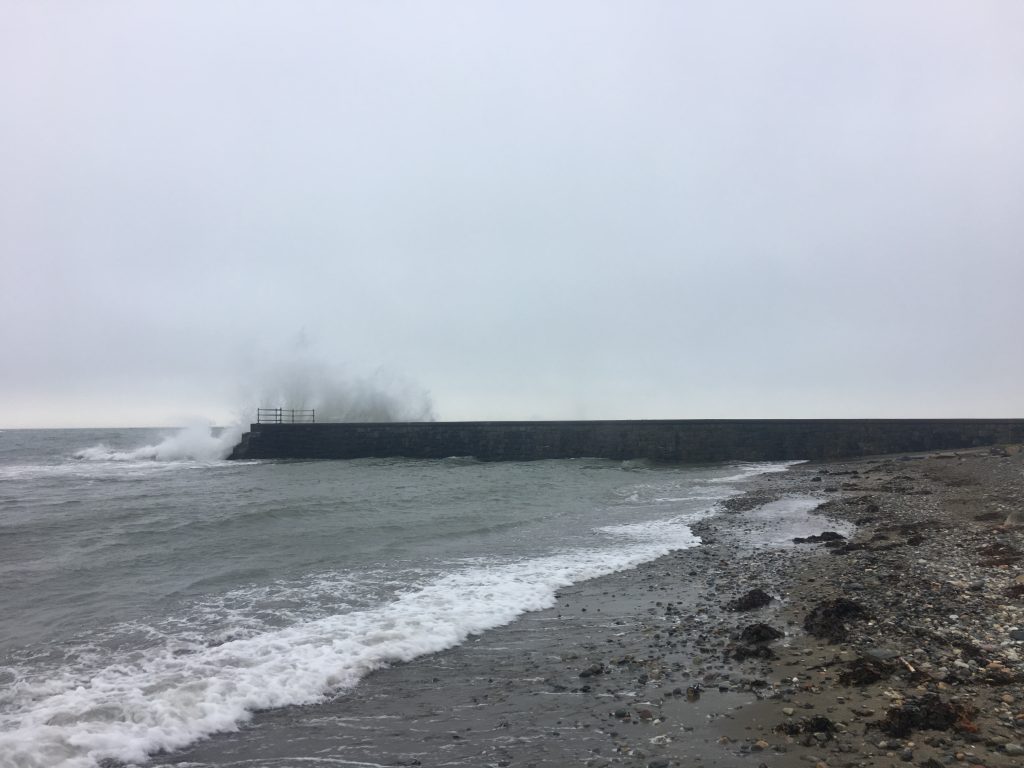