It’s been a week since we were in Shell Island, but we’ve had limited 3G/4G signal so it’s been difficult to post. This was also the last day of the mini heatwave, so if – as it is for us – the weather is currently drizzly and cold, hopefully this post will remind you that sometimes the sun did shine in June.

Shell Island is a sandy promontory on the coast west of Snowdonia and is reached by a causeway across tidal marshes. The causeway is closed for certain high tides but luckily for us the high tide was early in the morning so we didn’t have any hold ups. The campsite here covers a large area and is very busy and popular even in low season. It offers reasonable value pitches without any electric hook-ups but with a good selection of facilities on site, including very good showers, happy days.

We used the last of the hot weather to wash some clothes and get them dried. Paul sorted out a few odd jobs on the van. One of the jobs was to try and sort out the fridge, as we’d reported before it hadn’t been working consistently when on electric hook up. Paul had noticed some poor and unnecessary connections when he’d been doing some poking around in the van and he wanted to sort them out. Happy to report that since then the fridge and the electrical system in general have been much better behaved.

One thing that I wanted to do while the weather was so warm was have a swim in the sea, so we walked down to the beach. The beach around Shell Island is extensive but quite rocky in places so there are a couple of main swimming areas (the pitches with easy access to these areas tend to be the busiest). The tide was coming in and the water was pleasantly warm where it was washing over the hot sand, it felt very Mediterranean. Swimming might be a bit of an overstatement, but I bobbed around in the waves for half an hour or so.

Overnight the temperature started dropping and a breeze started up, for which we were quite thankful. The next morning was bright and cheerful and much more suited to us.

For some reason we didn’t take any pictures while were here, so here is a picture of our fridge. 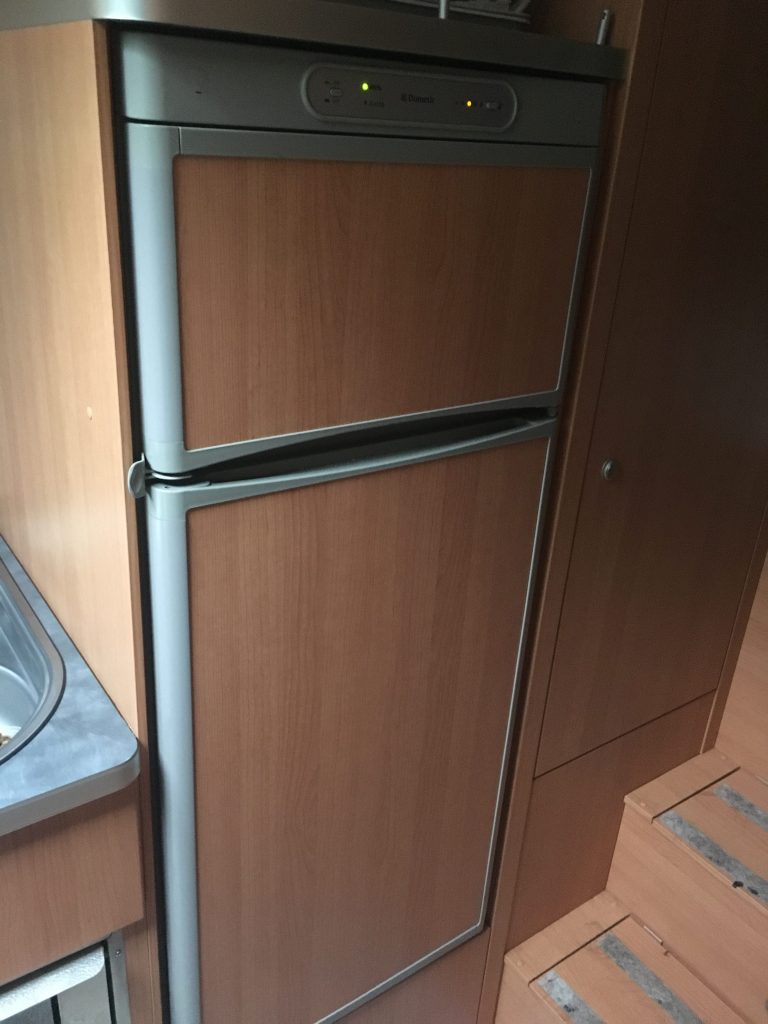