Pinniped means ‘winged feet’ and is the name applied to animals with flippers, such as walruses, sea lions and seals. Our next stop gave us multiple opportunities to watch common seals (aka harbour seals) along the north coast of the Lleyn.

We needed to check into a campsite after a few days wild camping as our water supplies were low. There are a few campsites along the stretch of coast between our last stop and Morfa Nefyn. We chose Hirdre Fawr because it boasted a track linking to the coast path and a nearby beach with seals. We certainly didn’t chose it for it’s price, but then prices along that coast were much of a muchness, I think that it’s quite normal for cartels to operate so that charges are fairly uniform between all campsites in an area. At £23 per night plus 50p for a shower it was definitely a ‘one night only’ stop. We managed to save 50p though by sharing a shower in a family shower room – eight minutes of hot water is a luxury when you’ve been used to showering in a motorhome.

The campsite did live up to it’s promise, so at least we weren’t disappointed. The weather that afternoon was dry and so we could explore the coast. There was a level track that took us straight to a series of small coves, and when we walked down at high tide we could see seals bobbing around in the water, with just their heads showing. There were at least six of them (it’s difficult to count when they keep appearing and disappearing) ranging in colour between creamy white and dark grey.

We walked north along the coast to the point at Morfa Nefyn. Paul did a bit of fishing but no joy (again – but it was on the outgoing tide – or is that just an excuse?). The coastline here is low and rocky, creating many interesting and inviting coves that you can spend a lot of time exploring. At one cove a pair of Shelducks and their chicks took to the sea as we approached and did the same again when we walked through on our way back. 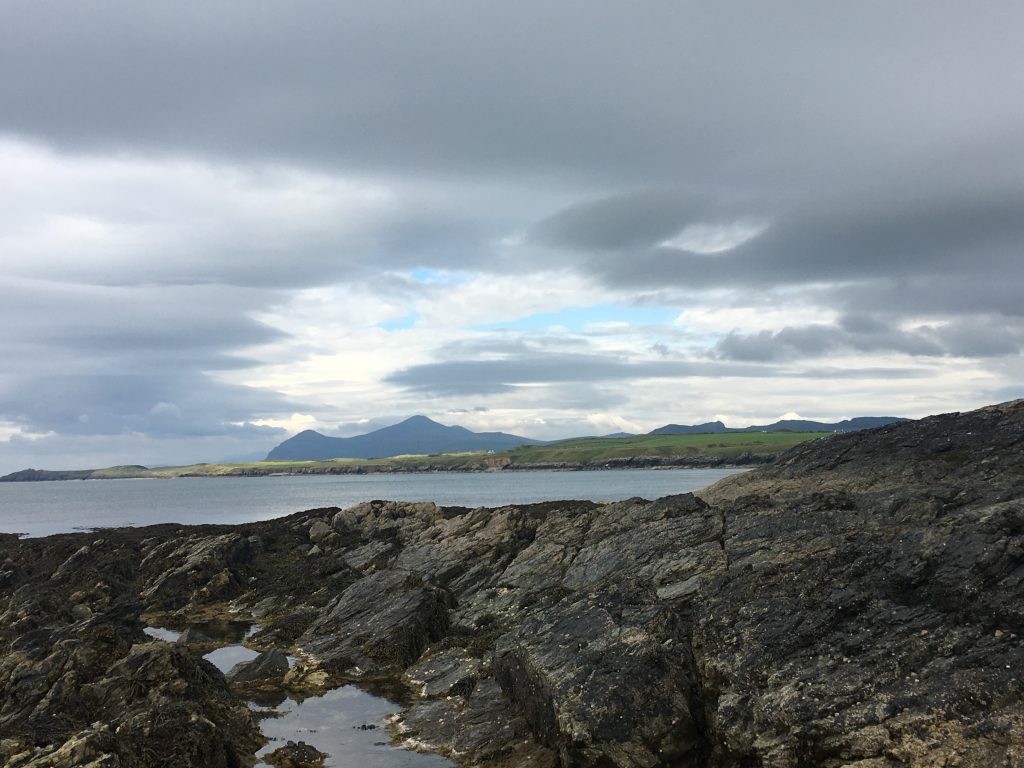 Rocky coves along the coast

By the time we were on our way back the tide was getting much lower and the seals had found themselves spots on the rocks to rest. We saw two groups of seals sunning themselves on pretty uncomfortable looking outcrops along the coast, constantly jiggling themselves around in the clumsy looking way they have when they are out of the water. We heard them too, both their soft exhaling barks and the higher pitched keening sounds they were making. We spent a bit of time exploring the rockpools – one tip for bringing a rockpool alive (if you’ve got the stomach for it) is to squish a couple of limpets and drop them in. The crabs, shrimps and little fish like to come and scavenge what they can. We whiled away a half hour or so watching all of the sea life, but the majority of our attention was definitely on the seals. 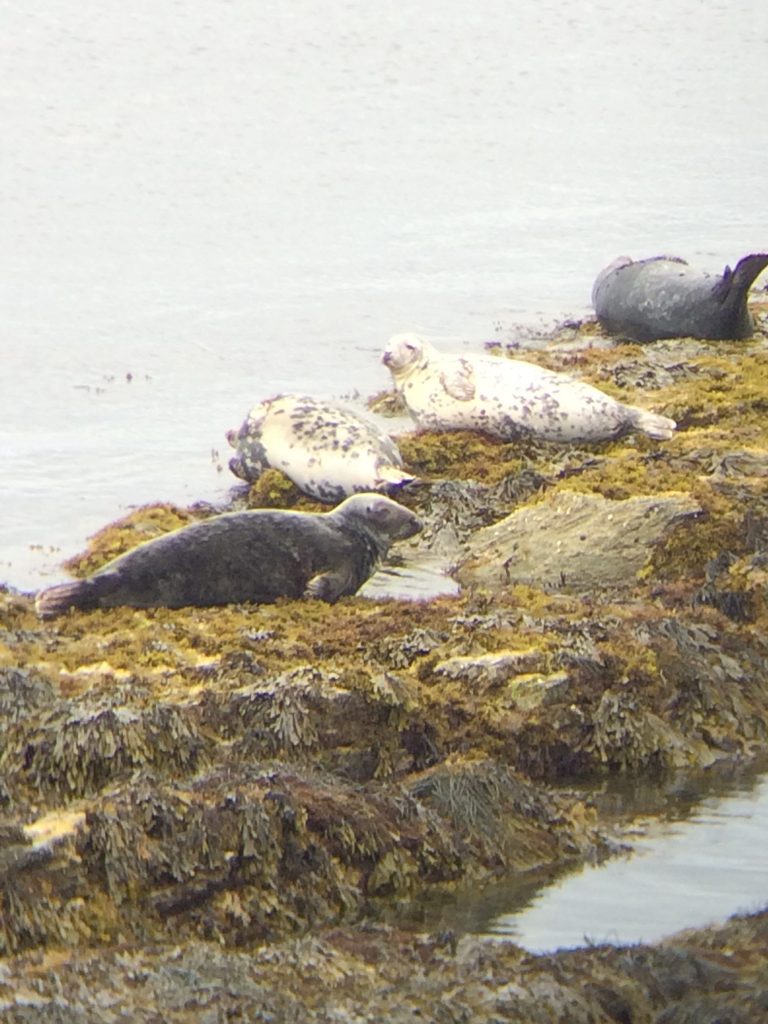 Seals basking on the rocks