Our search for something different took us inland to Newcastle Emlyn where we visited the Wool Museum and a local food festival.

I found the Wool museum very engaging for a couple of hours, it’s one of the National Welsh Museums and so entry is free. Paul was there on sufferance initially but couldn’t help being won over by the tools and machinery on display. Through the exhibits it charts the history of this particular mill, established in the early twentieth century, as well as providing a more general overview of the history of the wool industry in Wales. On the site there is also a small working woollen mill, Melin Teifi, which produces blankets, shawls and other woollen fabrics and clothing. You can access a viewing gallery that runs across their workshops and see them at work. I think I would find it quite uncomfortable to be watched in such a way when I was at work. 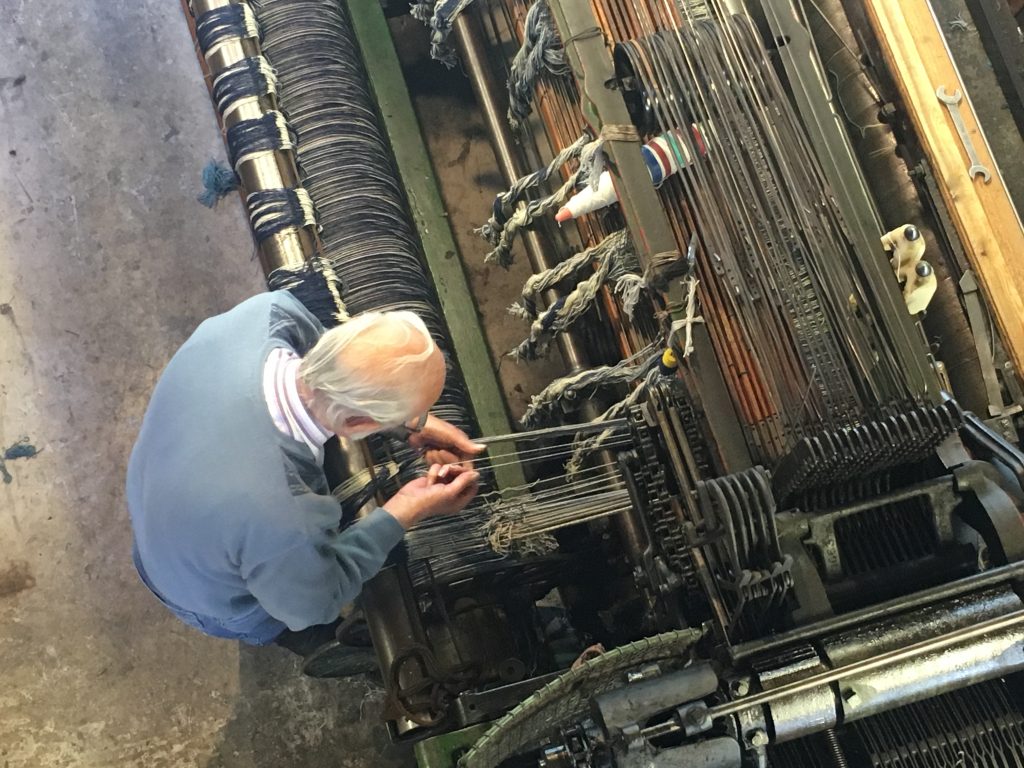 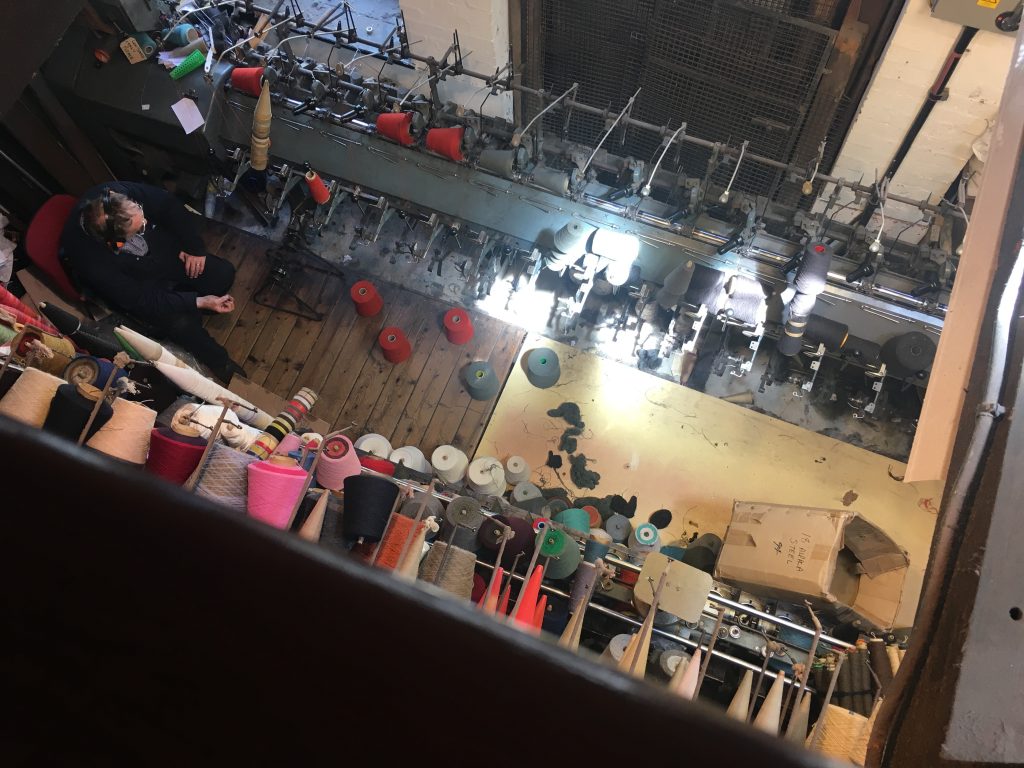 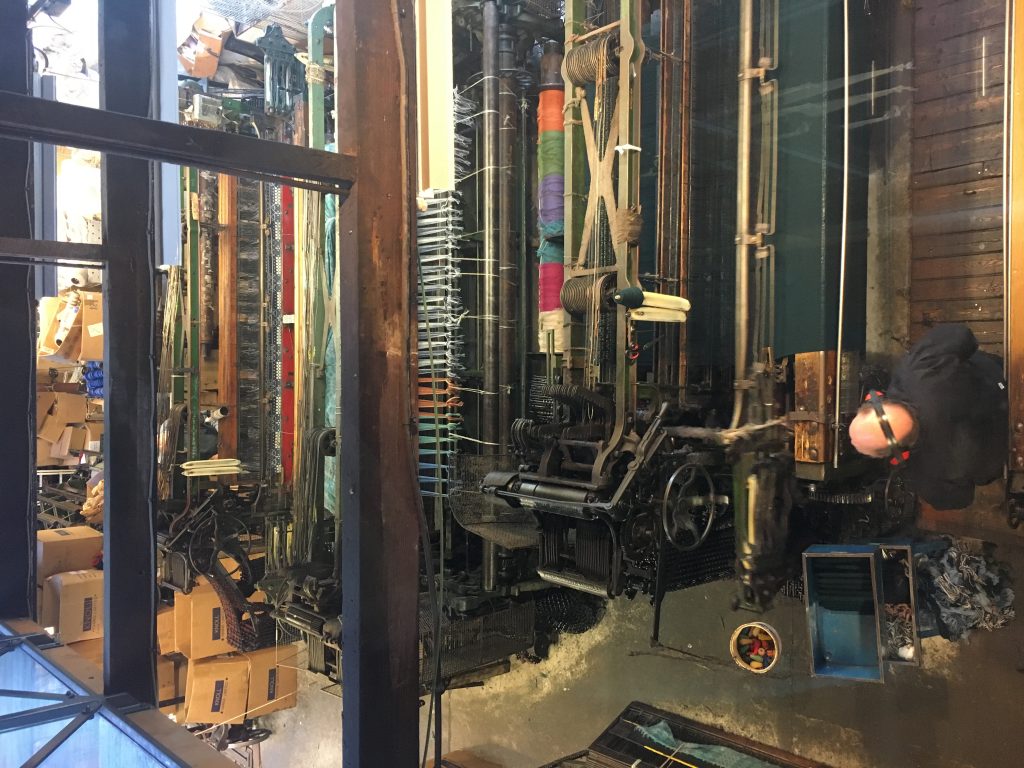 Reading and listening to the exhibits in the museum you can see how much life changed between the beginning of the century, when production of wool and cloth was mostly home based and highly manual, work for women during the winter months, and the end of the century when it was almost completely automated with foreign manufacturers  putting the woollen mills of wales out of business. The machinery being used by the Melin Teifi woollen mill now seems old fashioned and ‘manual’ even though in it’s time it would have been the height of automation.

And in looking at the changes over time you cant help being grateful for the advances in industrial capability across the world; it may have introduced pollution and excessive consumerism, but it also has given us our leisure time, enabled people of all classes to access education and allowed us to start to reduce discrimination based on sex, class or race. I’m not saying that it’s all rosy, but I would rather today’s advantages than the feudal systems that came before where the majority of us would be working from dawn till dusk.

We stayed at Dolbryn campsite, a couple of miles outside of Newcastle Emlyn, the campsite was just over the top of our budget but made up for it in particular with lovely hot water under good pressure, there is nothing as nice as a good shower after you have been showering in the motorhome for a few days. 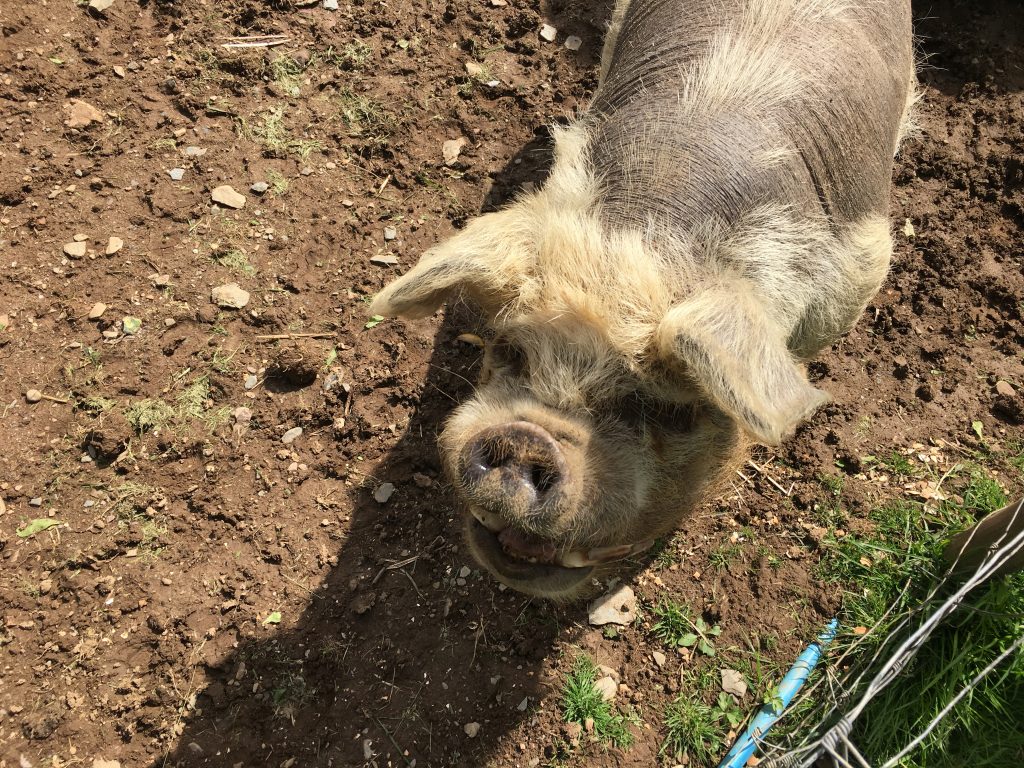 One of the Dolbryn pigs

The food festival was in the town which was a couple of miles away. We could have driven down but we’d had enough trouble finding a parking space the previous day so we decided to walk instead. It was wet, very wet. We wore our waterproof jackets and waterproof trousers but still it was wet. The two miles down to town went ok, but on the way back it was wet, in our faces windy and uphill. Thank goodness for the pie we had bought for tea, and for those hot showers of course.