While we were travelling Europe it seemed an ideal opportunity to watch England play a six nations match in Italy. Why Italy? Well firstly because it’s easy to get tickets to see England play in Italy. Try to get tickets for other games and you’re subject, literally, to the luck of the draw. And secondly we were unlikely to be in any other nation.

One of the reasons for choosing our campsite, Camping Village Flaminio, was that it was on a direct bus route to the Stadio Olympico – the number 200 bus runs directly past the campsite to the stadium. In the end we didn’t take this bus route at all, but the intention was there. We walked to the stadium from the city along the river Tiber and got the number 32 bus back which dropped us between the Carrefour supermarket and the Due Ponte railway station, just a 15 minute walk from the campsite. We saw plenty of people leaving the Stadio Olympico and getting on the wrong bus – we met at least three groups who got on the same bus as us thinking they were going back to the centre of Rome – partly the drink and partly the pure confusion. To get the bus back to the centre of Rome you need to be on the side of the road closest to the stadium. The buses on the far side are going north to the suburbs.

Our tickets were booked through  the official website www.ticketone.it; a relatively painless process. We chose the Print@Home option, so tickets had to be printed in order to be scanned at the gates, we got printed copies before we left the UK but the campsite would have printed them if we’d lost them.

The atmosphere in Rome on the morning of the match was busy but not manic, there were plenty of people wearing England supporters kit, some in cafes supping mid-morning beers, some cramming in as much sightseeing as possible. We sampled a couple of bars, The Highlander’s Pub and the obligatory Irish pub, but to be honest the bars were dark and dingy and we wanted to be outside because the sunshine had finally arrived.

We walked along the river to the stadium, in a long line of people who were also choosing to enjoy the sunshine. It’s an easy enough route, about 40 minutes from the city. We aimed to get there about half an hour before the match, which was only just enough time to get in and seated. We didn’t have time to buy any beer outside – the queues were huge – but that was ok because there were vendors selling cans of lager inside the stadium. 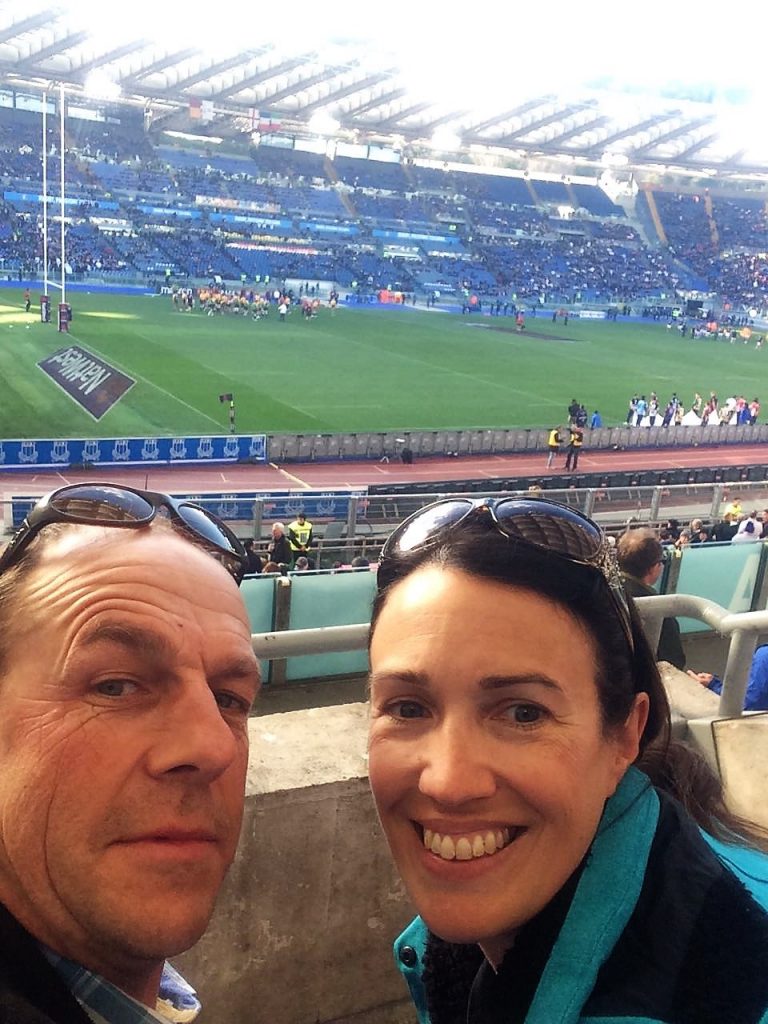 Settling in for the match

We enjoyed a spot of people watching while the match was on; in particular one young couple in front of us; he was enjoying his birthday treat and she was being harangued by a lady from another group who thought she was the world’s authority on everything and don’t stop talking all the way through the first half. The authority’s friends turned their back on her, and the young couple moved a few seats away for the second half. I think she might have got the idea that they wanted to watch the rugby and not talk about her opinions on child raising and natural foods. 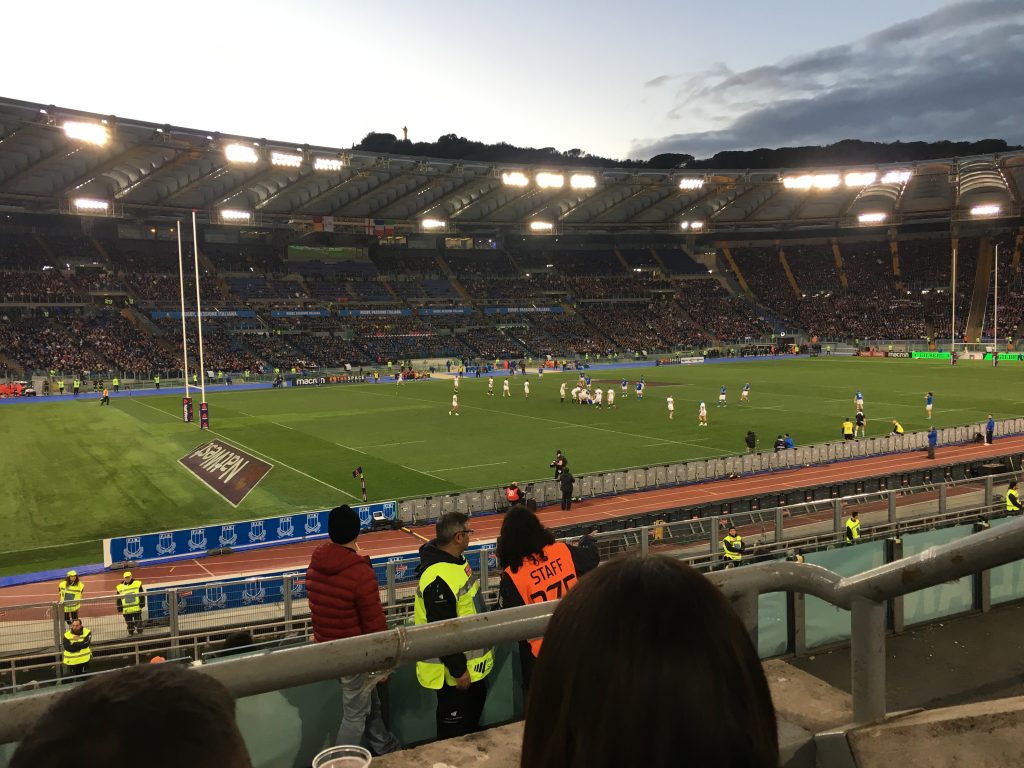 Not a bad view

And England won – of course – but Italy made it a competitive match so it was a good game to watch. Well worth the experience – I’d do it again even if I wasn’t on a long term tour, maybe combined with a few days skiing in the alps, and there is still so much more of Rome to explore.

Oh, and I nearly forgot, I found out that if you had a ticket for the rugby you could get in to many museums for free on the Friday, Saturday or Sunday morning of the match. I found out too late, but next time…