Our planning day had been fruitful and we knew what we wanted to do before meeting up with Aaron. So we were off on the way to Spain.

On the way we drove along the N125 with it’s many new roundabouts, we came across at least a dozen roundabouts that were either new or in the process of being built and wondered what the motivation was; safety, road budget surplus, or pushing people onto the toll roads? With the quiet out-of-season traffic they didnt hold us up much and we got used to the sounds of our belongings shifting in Bertie with each one we traversed.

We stopped off for the night at a large paid aire in Manta Rota. This was a different insight into long term motorhoming. Not the large pitches of the campsite with their extended dwellings, this was a car park with spaces big enough for a motorhome and maybe a couple of chairs but not much else. Despite this it had a more pleasant feel, being much busier than the campsite (maybe half a dozen spaces available), next to the village and right in front of the beach.

We went for a bike ride while here, following a path that took us out of the western end of the campsite and along walking trails behind the lagoon formed by the Rio Formosa. Eventually we picked up the cycle route that runs on roads and tracks all the way along this stretch of coast. On the way we found a Christmas market in the pretty village of Cacela Velha as well as dipping into the village of Fabrica and the town of Cabanas and finally ending up on the outskirts of Tavira. We cycled through many orange groves and past pomegranate trees with ripe fruits hanging on the leafless branches. 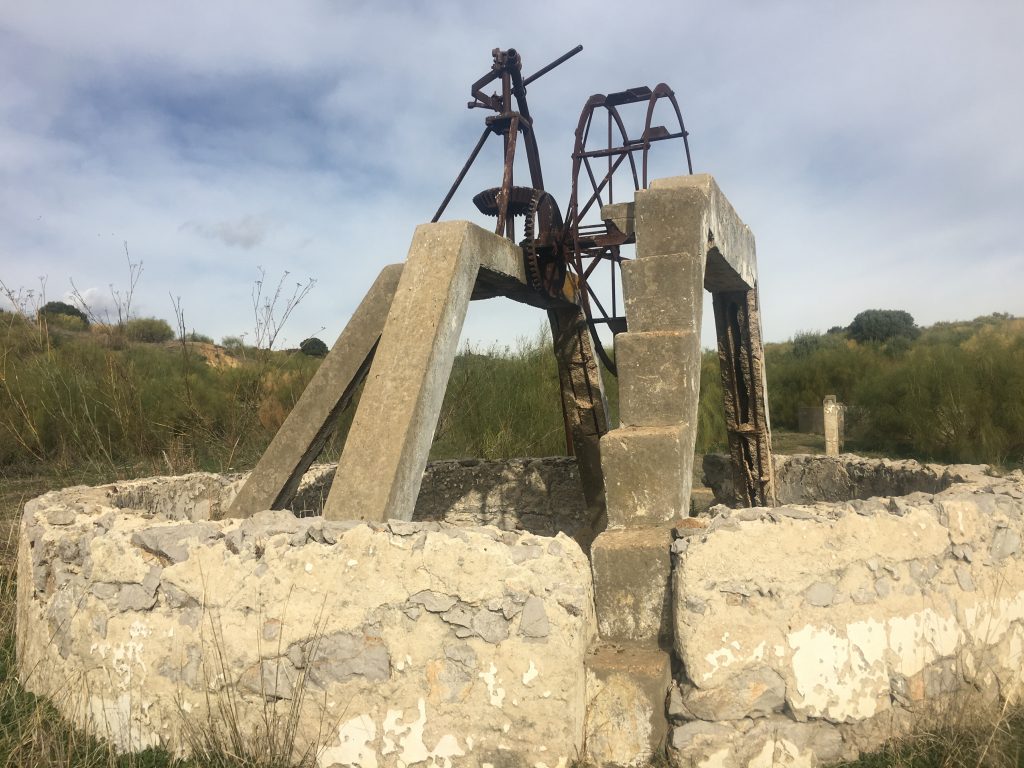 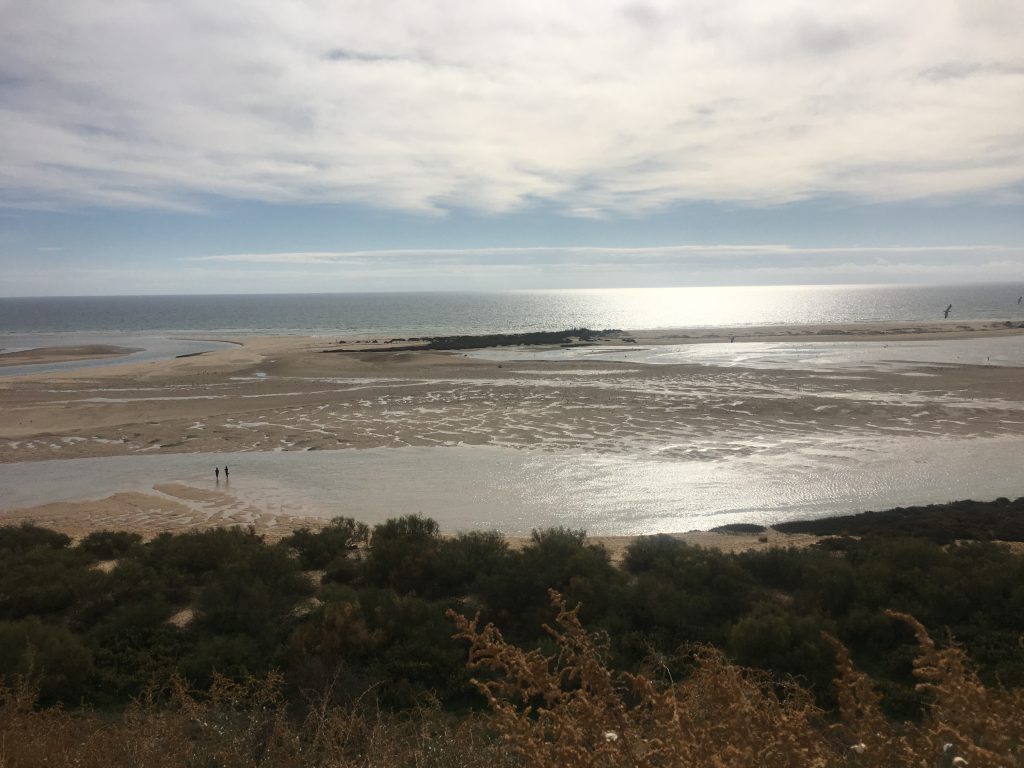 View across the lagoon at Cacela Velha 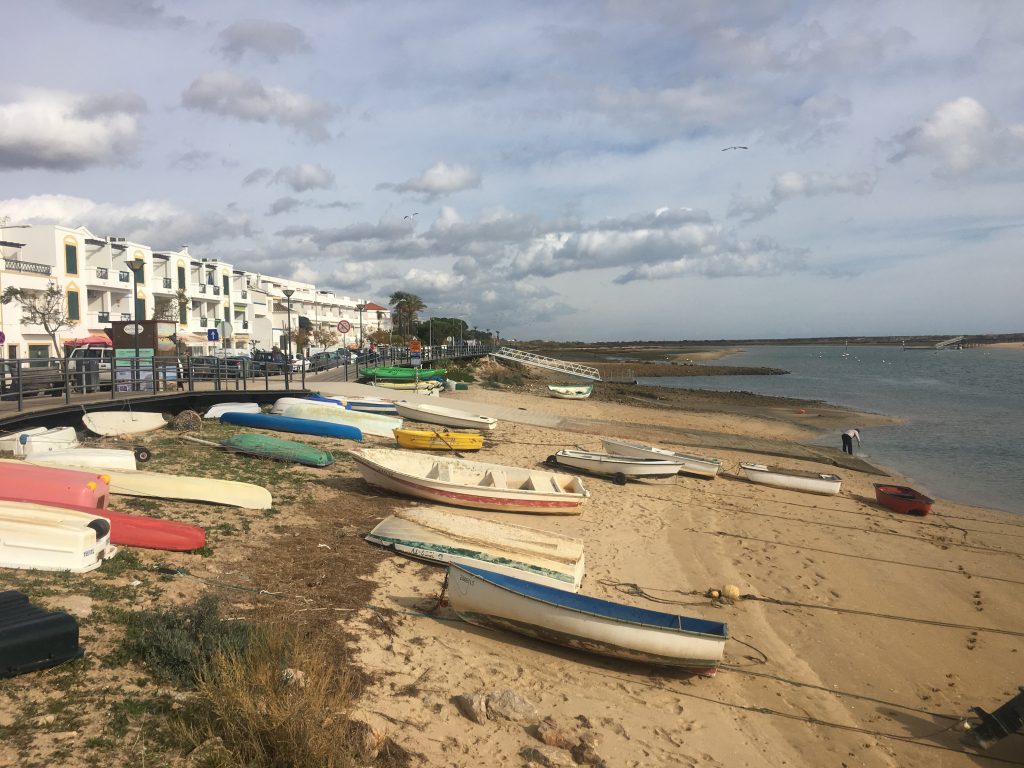 Promeade and boats at Cabanas

We stayed at Manta Rota for a second night because strong winds were forecast and we had a nice sheltered spot. The rain and wind battered the motorhomes in the campsite and in the night we could hear the leaves of palm trees brushing against Bertie as they bent over in the face of the storm. We hadn’t experienced such strong winds since the UK.