We crossed the border between Portugal and Spain, passing into the province of Huelva, an area of Spain I had never heard of before. There is a lot of industry here with mines inland and a large port at Huelva city, but there is also a long stretch of coastline with coastal resorts backed by pine trees and cork oak forests and a huge national park that encompasses the wetlands around the Guadalquivir and Odiel rivers.

We had fancied spending a night by the coast but we couldn’t find anywhere we felt comfortable, the parking in the forests was on soft ground made softer by the overnight rain and other parking was too close to the road. We settled for having lunch in a parking spot alongside the road and taking a short walk along the beach.

We proceeded onto Huelva city and drove around the outskirts to the large area of parking next to La Rabida monastery. On the way we passed through the wetlands; the ‘Marismas del Odiel’ where we saw flamingos, we didn’t stop here as we were on the main road but it looked good for a bit of bird watching.

Huelva has strong ties with Christopher Columbus, La Rabida monastery was where he approached the Franciscan order for aid in securing royal funding for his first expedition west to find the Indies, and the town of Palos de la Frontera was the point that the first expedition set sail from.

While we were here we cycled into Palos de la Frontera, and attractive town with the church where the sailors on Columbus’s first voyage received a blessing before setting off. We also found the point that the three ships set sail from, although the river is silted up and there is no port any more. On the way we passed through fields of polytunnels where strawberries were being grown – apparently the area is famous for them – and saw more birds on the wetlands this side of the city including several glossy ibis. 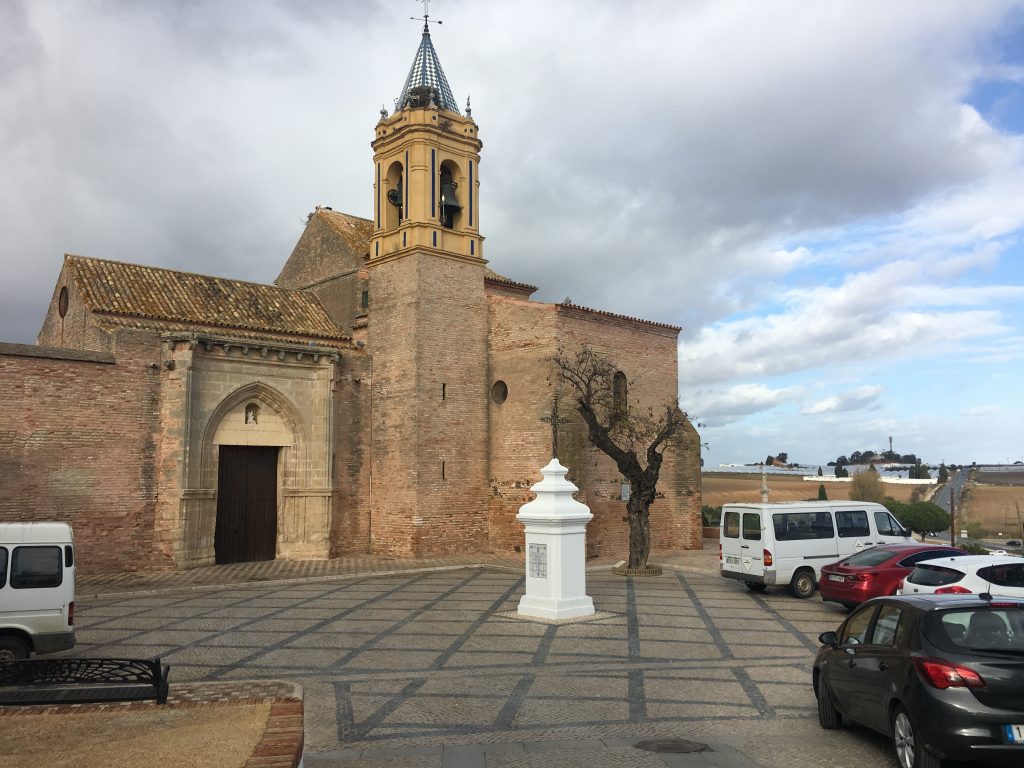 We visited La Rabida monastery, it was based on a Moorish site and had some Mudéjar architectural elements which made it feel cool and tranquil. There were  audio guides in English which explained the history and Columbus related artefacts. We wandered around with the guides glued to our ears, the only people in the building apart from cleaners. 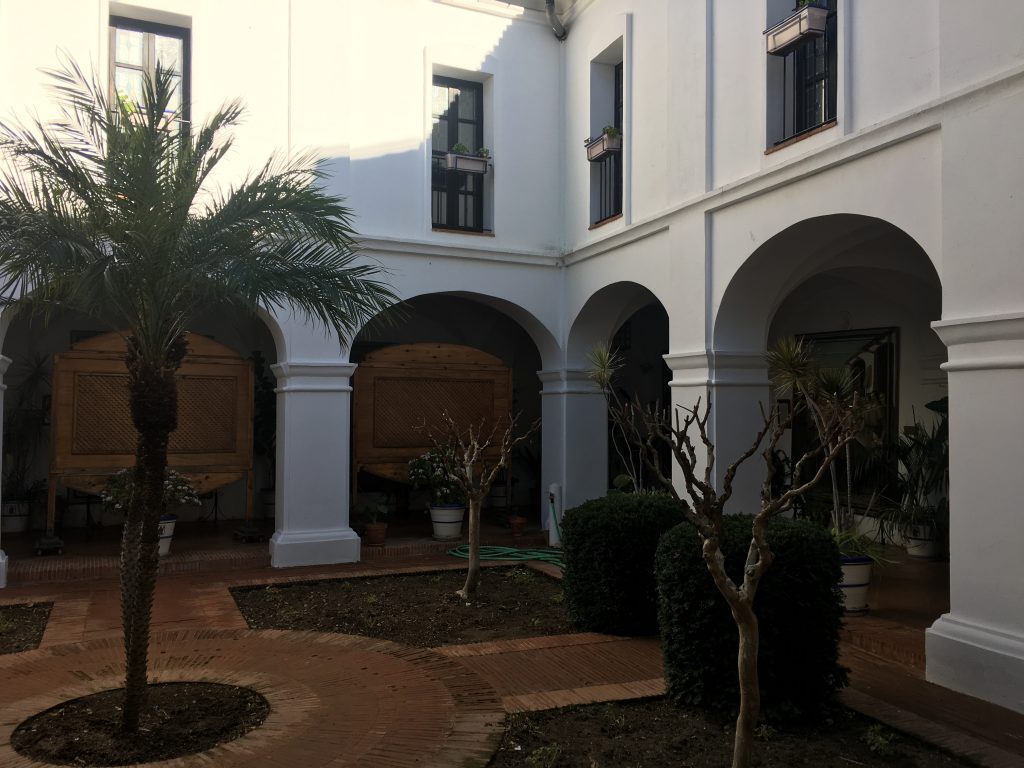 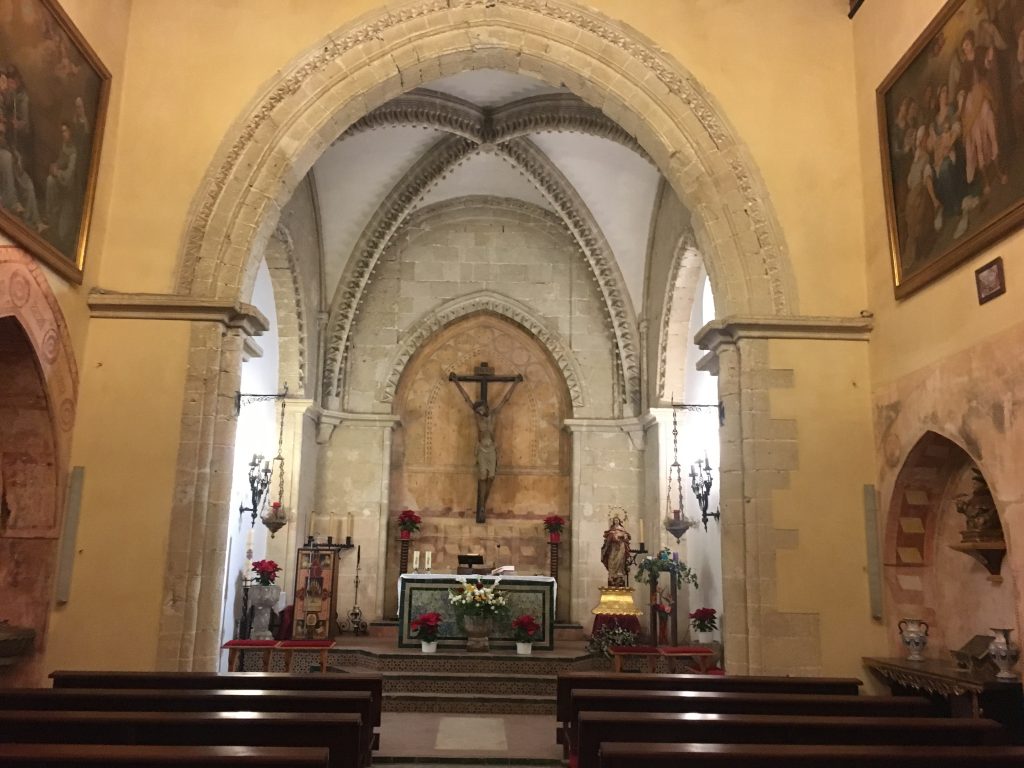 We also visited the replica ships from Columbus’s first voyage. These ships were constructed in the late eighties to be part of the celebrations of the fifth centenary of the discover of the Americas. They sailed to America before returning to Spain where they now sit in a dock with an accompanying small museum. It’s quite astounding how small the ships are, the ‘Pinta’ and ‘Niña’ were caravels and the bigger ‘Santa Maria’ was a carrack but is still under 19 meters long. When walking round the vessels we imagined what it must have been like on the heavy swells of the Atlantic, with water rushing down the curve of the deck, trying to manage the sails and the climb the rigging. Some of the reviews of the museum had been less than complementary but we found it really interesting, although some of the waxwork dummies of sailors and natives were unnecessary. 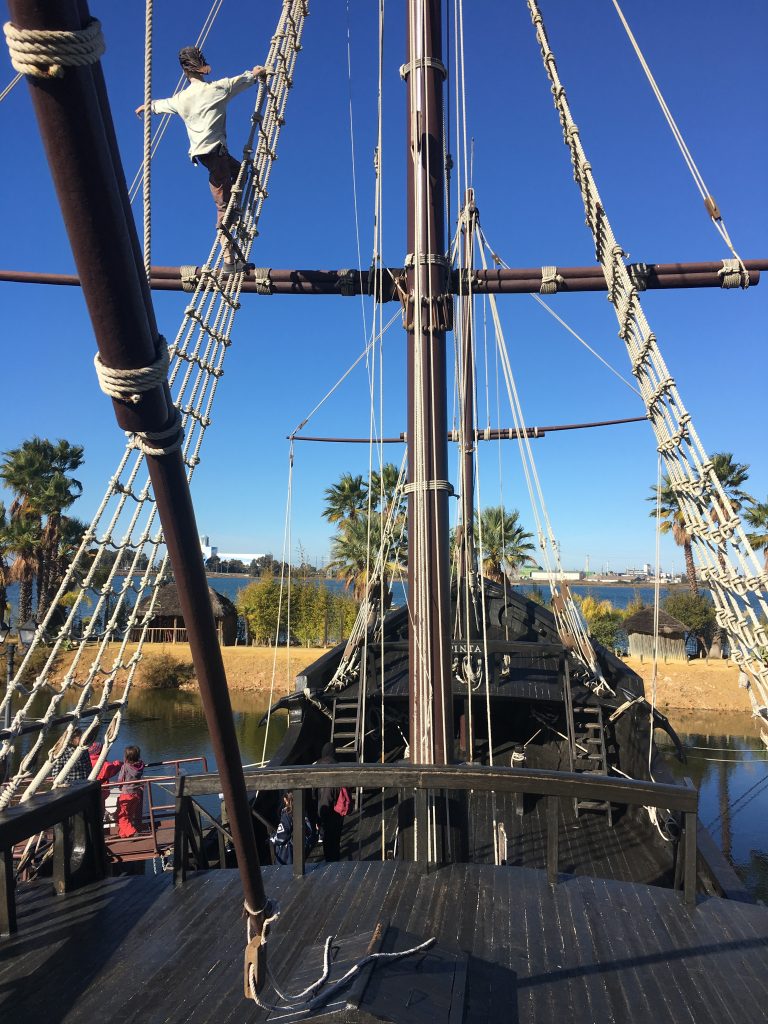 I think this was the Santa Maria, note the  sailor in the rigging – sadly I didn’t get any gratuitous photos of the naked natives 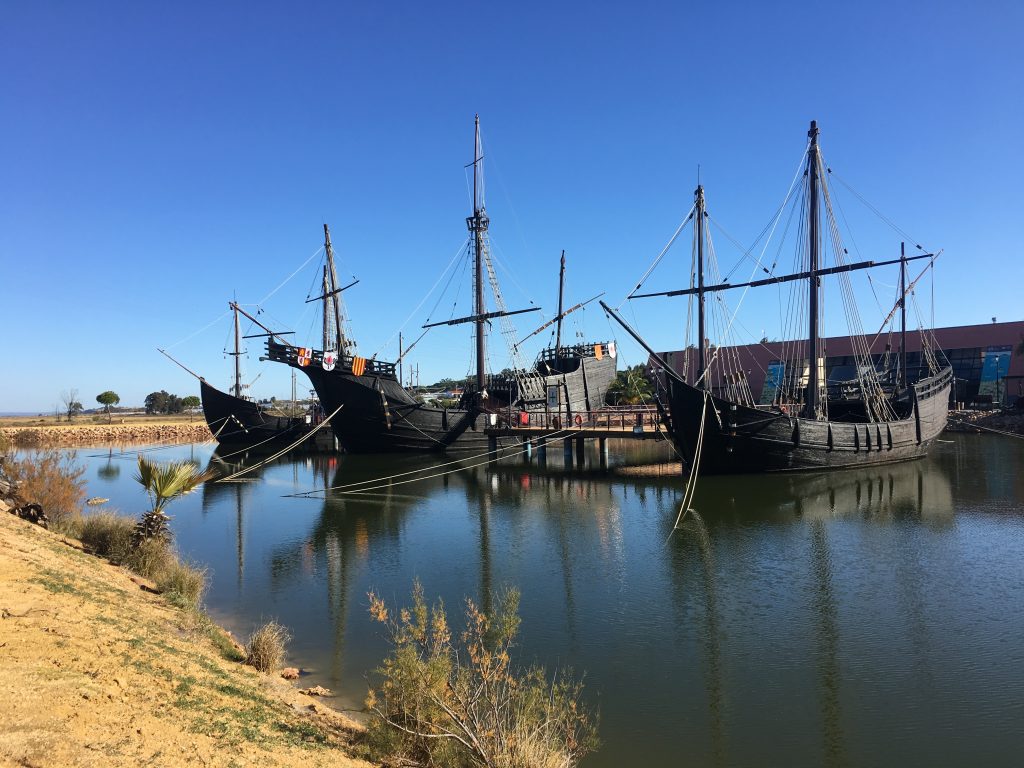 The three replica ships that undertook the voyage to the ‘Indies’

That afternoon we moved on into the mountains, heading to the town of Aracena. On the way we passed huge mine workings and at one point a large rodent ran out across the road in front of us. We thought it might be a marmot, but after a bit of investigation it’s more like to be an Egyptian mongoose.