The drive to the Playa de los Genoveses involved a long and dusty dirty track which we might have avoided if it wasnt for our bike ride the previous day. It was the type of track that involved driving slowly and carefully and we were glad not be doing it in the dark. Having said that there was a chance we would be moved on, most beaches in the Cabo de Gata do not allow overnight parking. We crossed our fingers and hoped that the ‘out-of-season’ fairy would be working her magic and causing any officials to turn a blind eye. 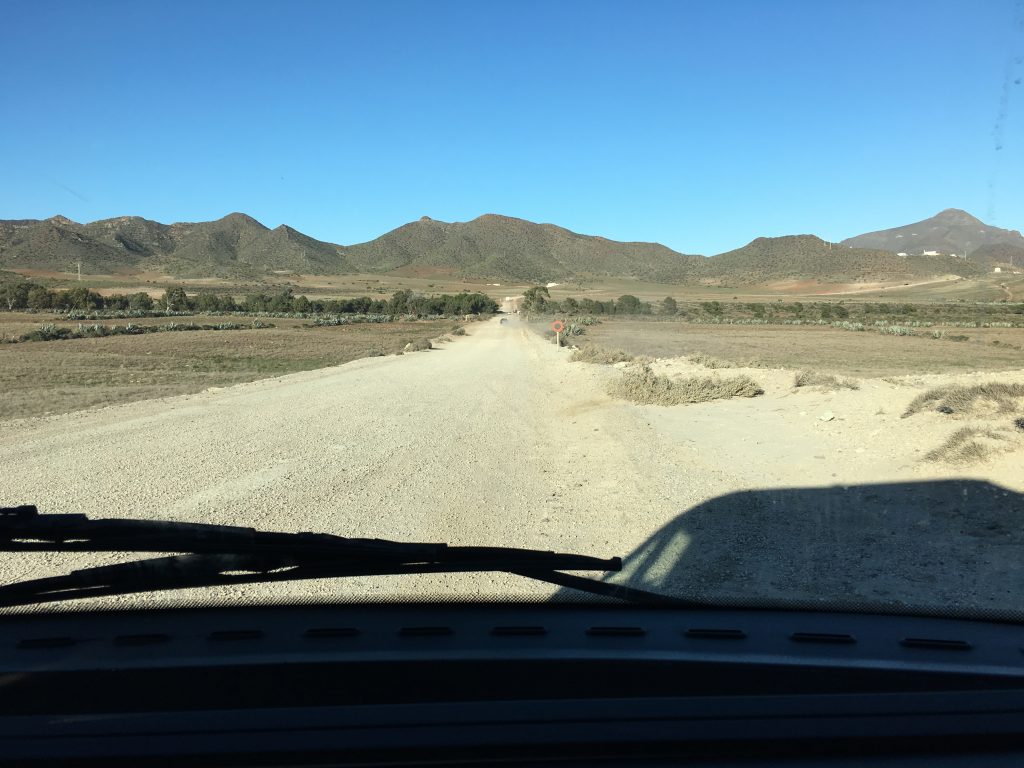 The dry and dusty drive back from the beach

Having moved onto Playa de los Genoveses we had to make the most of being close to the beach and get the kayak off the roof. The more we do this the more we consider getting inflatable kayaks. The faff of climbing up on the roof, especially the packing away when tired is quite off-putting, and that’s just for me – the person who does little apart from offer encouragement and a slight heave to help the kayak up.

But it didn’t put us off this time, we explored the coastline to the west of the beach, rounding the headland and hugging the coast, past pretty beaches and stopping at Playa Barronal which was incredibly scenic with it’s volcanic rocky outcrops. As we kayaked around the coast we passed a group of walkers who were walking along the base of the cliffs where they formed a natural shelf, it looked almost impossible to walk around but on closer inspection it was quite feasible and looked like great fun. They were the reason I didn’t end up taking any photos as they made quite a crowd and detracted from the ‘deserted beach’ atmosphere. 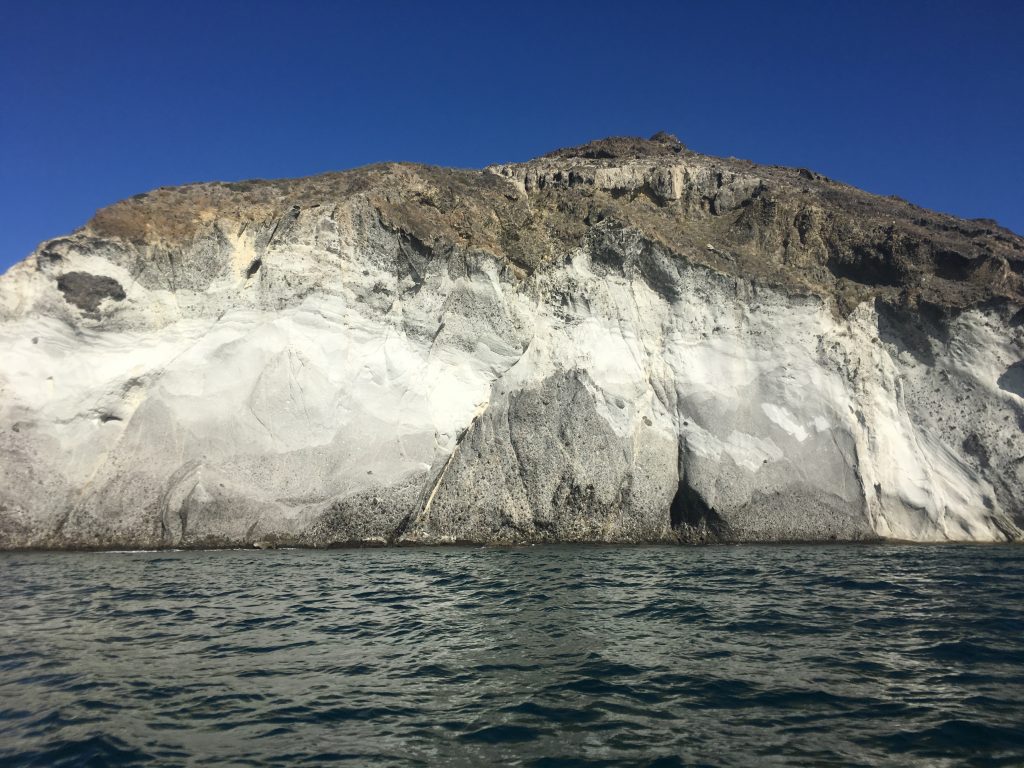 As we kayaked we could see a bank of fog out to sea and kept an eye on it. There is nothing more disconcerting than being caught in fog at sea. Thin strands of fog occasionally wrapped themselves around the headland ahead of us and we decided that discretion was the better part of valour and we should head back to the beach . We enjoyed sun and relaxation on the beach for the rest of the afternoon with not a wisp of fog to be seen – typical. 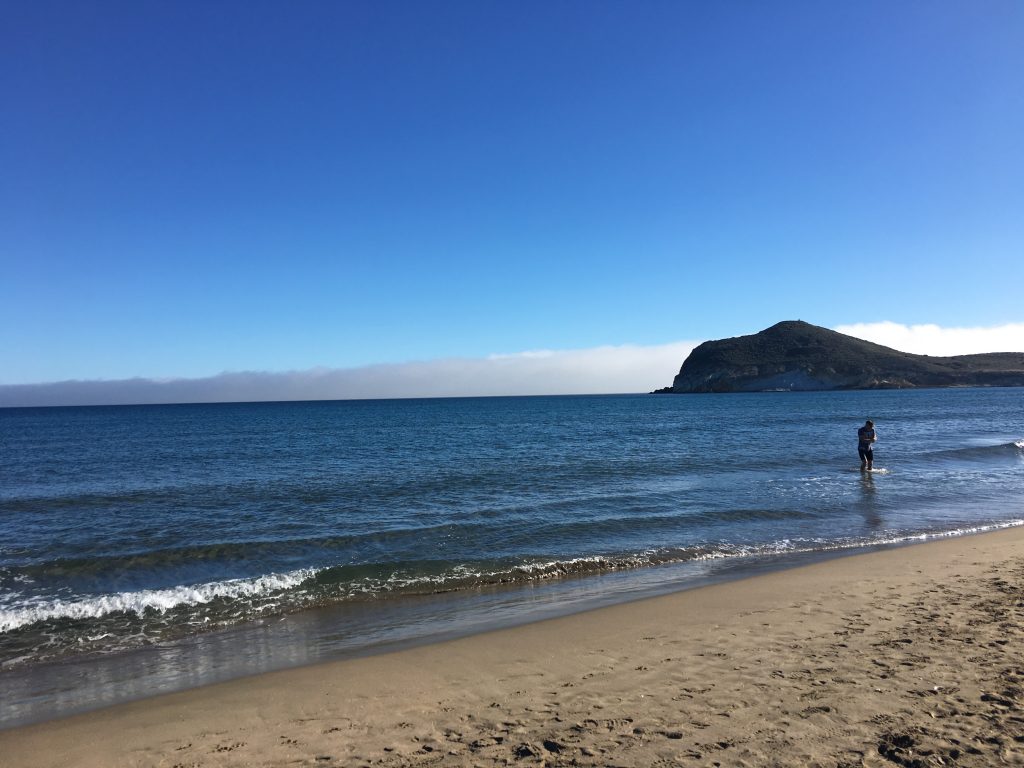 That evening we decided to move on to San Jose as we were interested to see what the town was like in the off-season. Quiet was the verdict, there were a few people wandering the streets and walking the beach, but it seemed that most of the resorts energy was focussed on daytimes in the low season.