Next we drove to Foz do Lizandro, intending to stop there for the evening. We parked up on the clifftop and walked down steps to the beach where the Rio Lizandro enters the ocean. The waves washing up the beach were coming from two directions, making interesting swirling patterns where they met. There was plenty of surf and surfers out to sea but towards the beach the waters were calmer, protected by a sandbank. We decided to go in the water, less a swim and more of a float as we allowed ourselves to be churned around in the currents created by waves washing over the sandbank.

After our swim we lazed on the beach drying out and warming up, but the sky was starting to cloud over which drove us back to Bertie. We looked at the local area and decided we might as well move on. We ended up at Praia Guincho, another surfer’s beach where campervans and motorhomes were parked up for the evening. When we got there in late afternoon the sea was still full of the black dots of surfers taking advantage of as much light as possible before they gave up for the day, it seemed fully dark to me by the time the last few were walking up the beach. 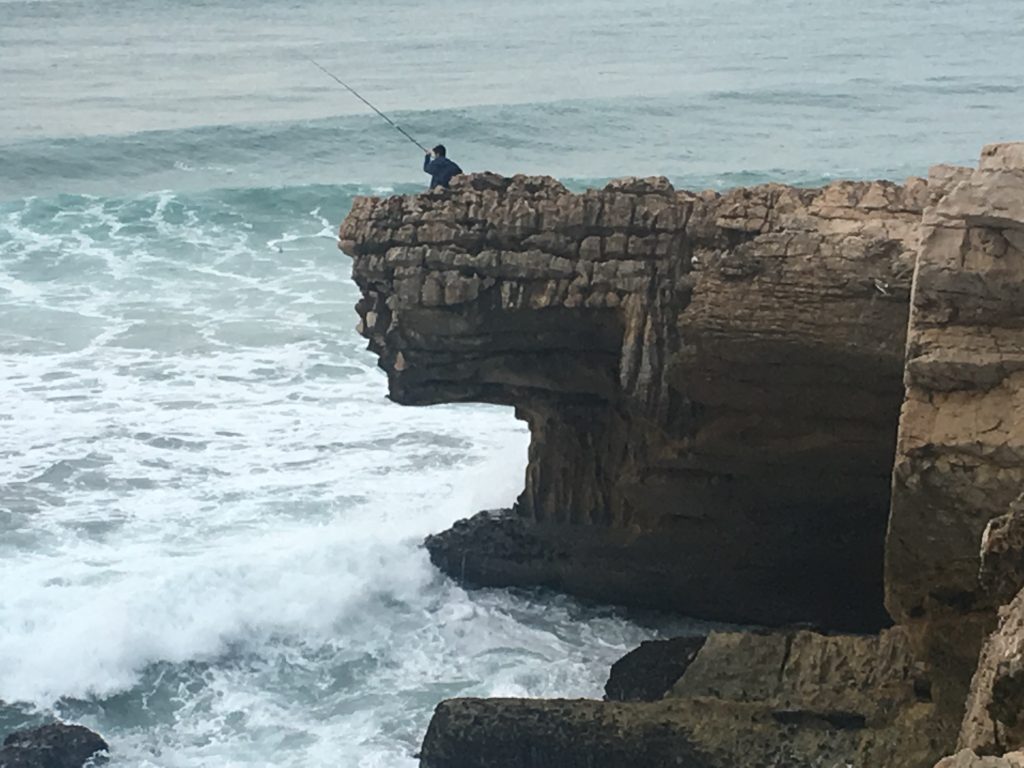 The usual Portuguese fishing spot. This isn’t Paul fishing, he prefers to get closer to the sea

Paul had been sussing out the cliffs to the north of Guincho and thought he might have some fishing spots, so we took a random walk along the coast that soon met a signposted route, so we followed it until we reached the promontory that Paul was aiming for. Here we followed fishermen’s paths down to the sea. The coast was south facing and slightly more sheltered from the ocean swells, but there were still big waves washing up and causing Paul to jump back every now and again. Paul fished (unsuccessfully) while I relaxed on the rocks reading. 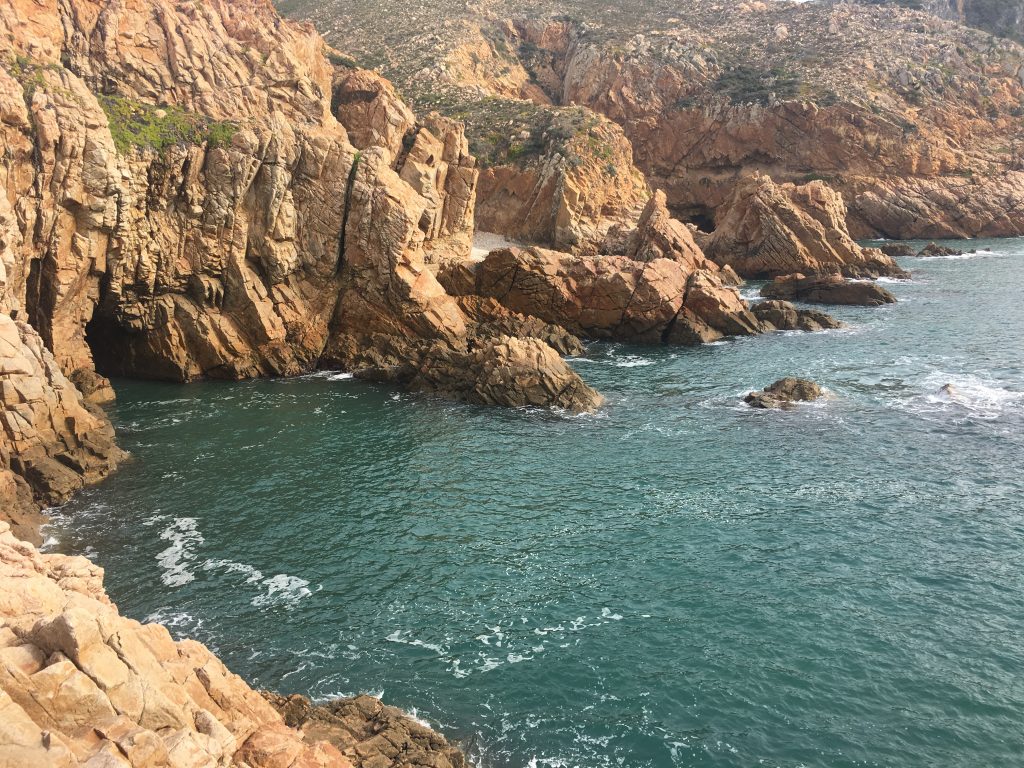 Occasionally I would have a little clamber about on the rocks to see what was around. Down at the edge of the water were mussels and gooseneck barnacles. The mussels were too small to gather and I think that the gathering of gooseneck barnacles (known locally as percebes, expensive, delicious and slightly odd looking) is probably regulated, so I decided against it – that, and they were too difficult to prise from the rocks by hand. 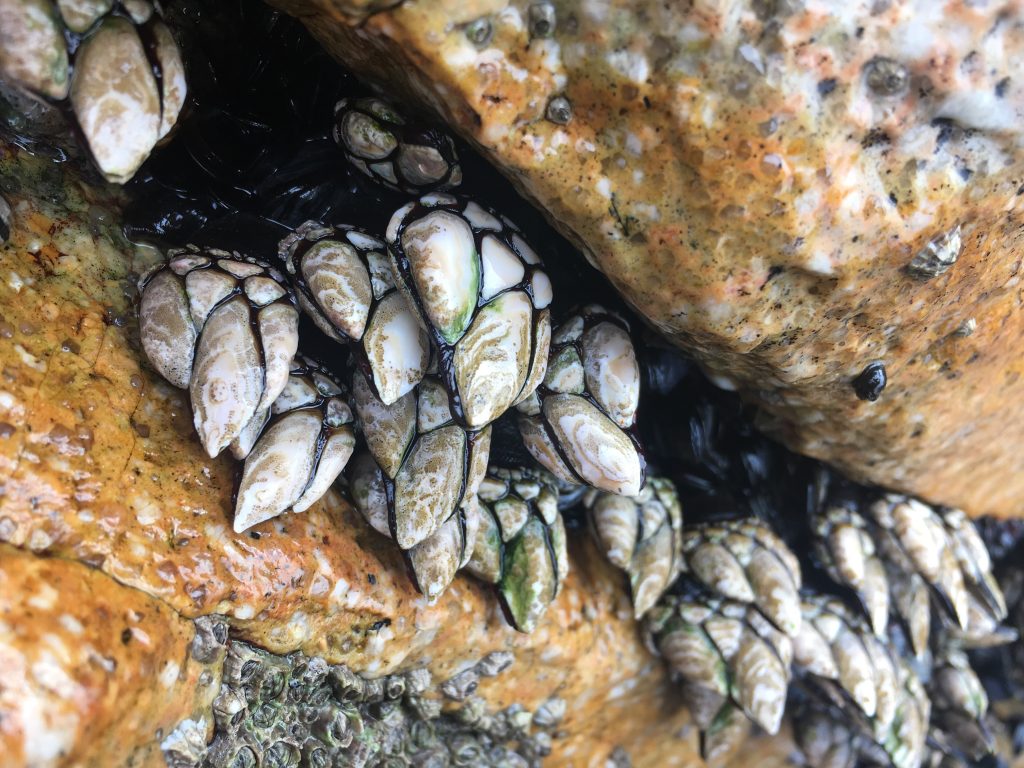 Percebes hidden between the rocks. Called gooseneck barnacles because it was once believed that they were the larvae of the Barnacle Goose

We stayed a Guincho again that night, it had a relaxed atmosphere, but we knew that rain was due the following day and we would need to find some services too.