Peniche is a town on a small headland that sticks out from the west coast of Portugal just north of Lisbon. It’s known for it’s great surf, and because it has coast facing in many directions it’s usually possible to surf here regardless of wind direction. Not that this was why we were here, but there were plenty of surfers around and also a lot of Portuguese motorhomes here for the weekend.

We drove along the north side of the peninsular, stopping at Intermarche for a quick restock and taking note of the motorhome facilities in their car park, then taking a look at a few parking spots. The one we had liked the look of on google turned out to have no motorhome/campervan signs all over it so we drove on out to Cabo Carvoeiro lighthouse.

We decided to take a walk around the headland, following tracks around the south coast until we got to the Fortazela and harbour area where we wandered through narrow streets of tiled houses and apartments, lived in and busy. Restaurants lined the harbours edge and were full of people out for their Saturday lunch. 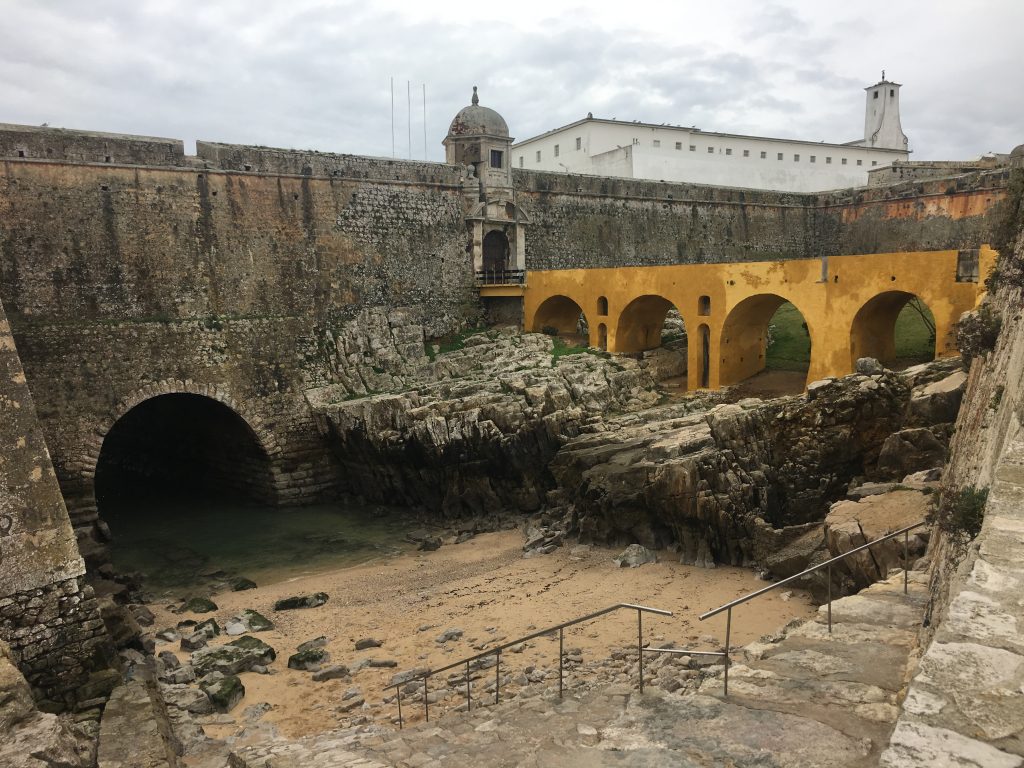 Peniche Fortezela – closed for lunch when we walked by

From the harbour we followed an inlet north, this cuts across the middle of the peninsular making it almost an island, the town walls hug the western edge of the water and an industrial estate is on the less picturesque east side. We crossed the main road to the northern coast where we stopped to watch surfers before following the cliffs back to Bertie. Along the way we noticed that fishing spots were marked with yellow fish symbols on white posts, these fishing spots often clung precariously to the side of the cliffs, down steps onto small platforms that looked like they might have been built by the fishermen. Some were already slipping down the cliff or undercut by the sea. 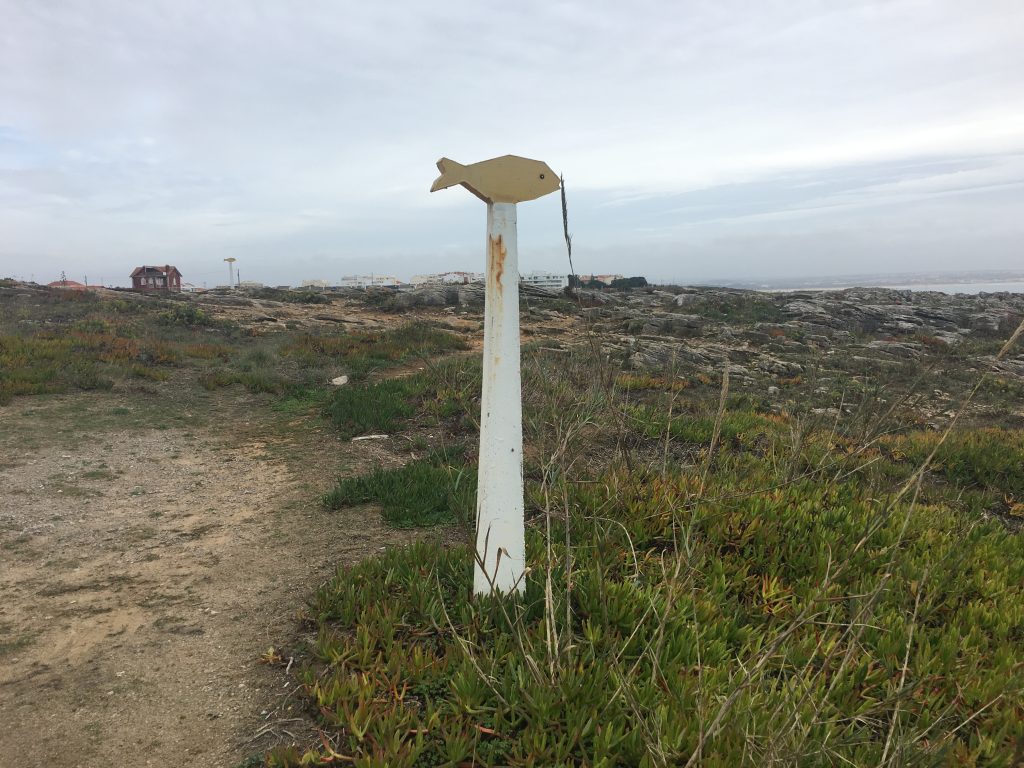 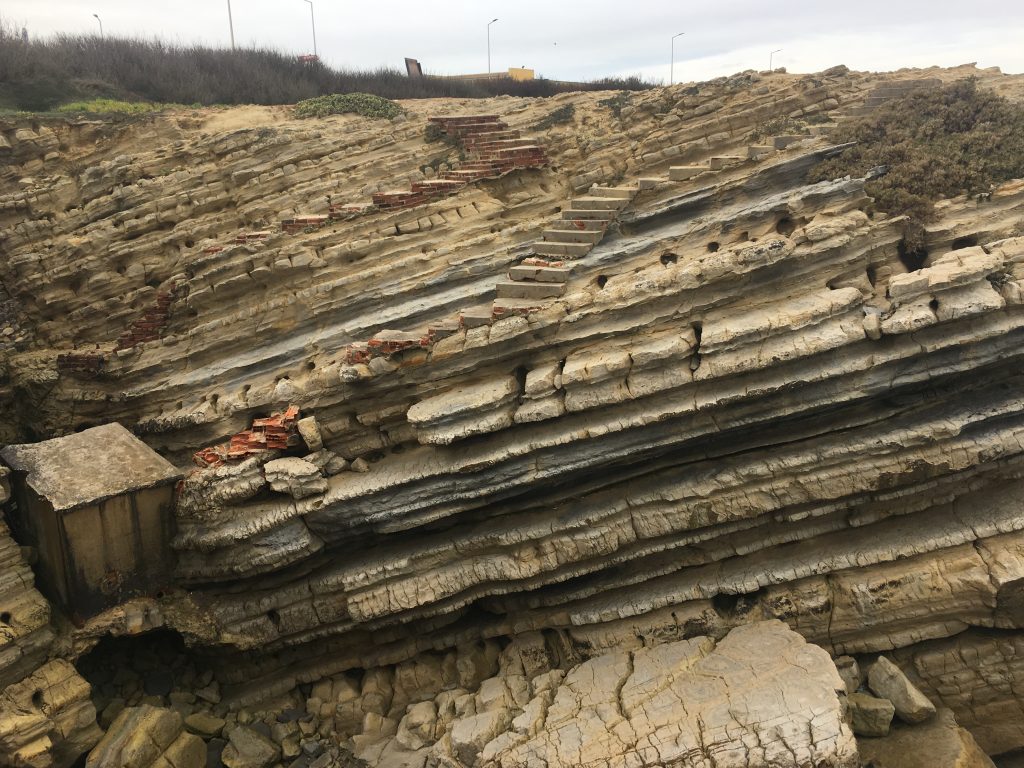 Collapsing steps down to what was once a fishing spot

The rock of the peninsular is heavily weathered limestone forming odd and beautiful karst formations with limestone pavements, deep crevices and sea stacks. 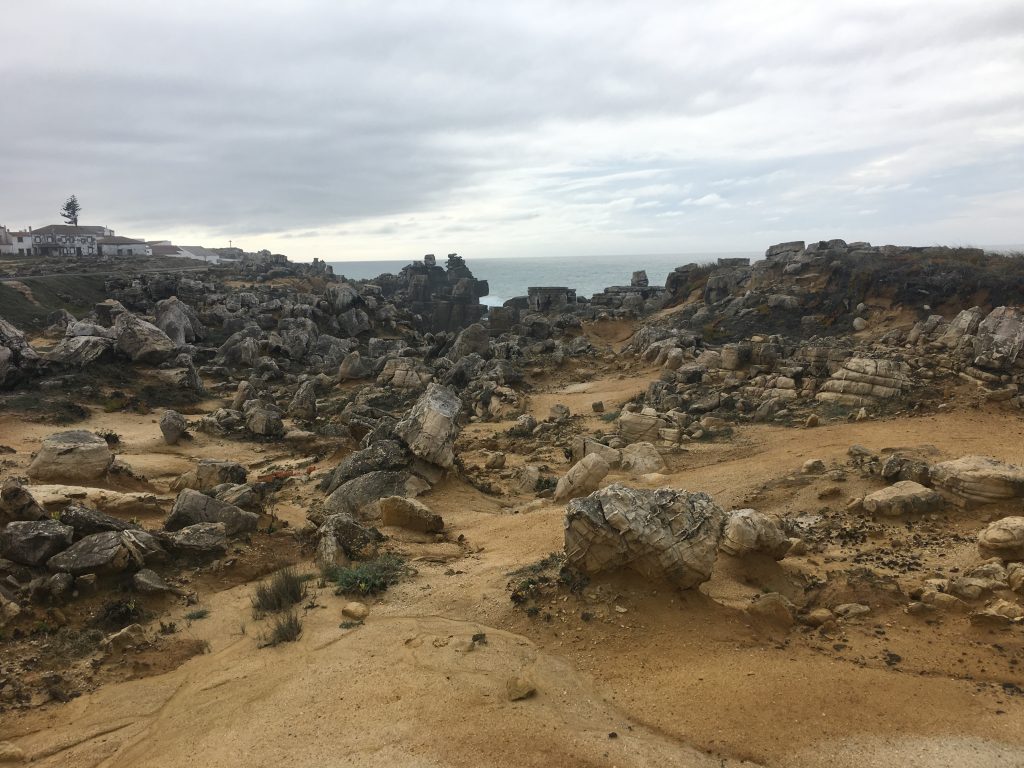 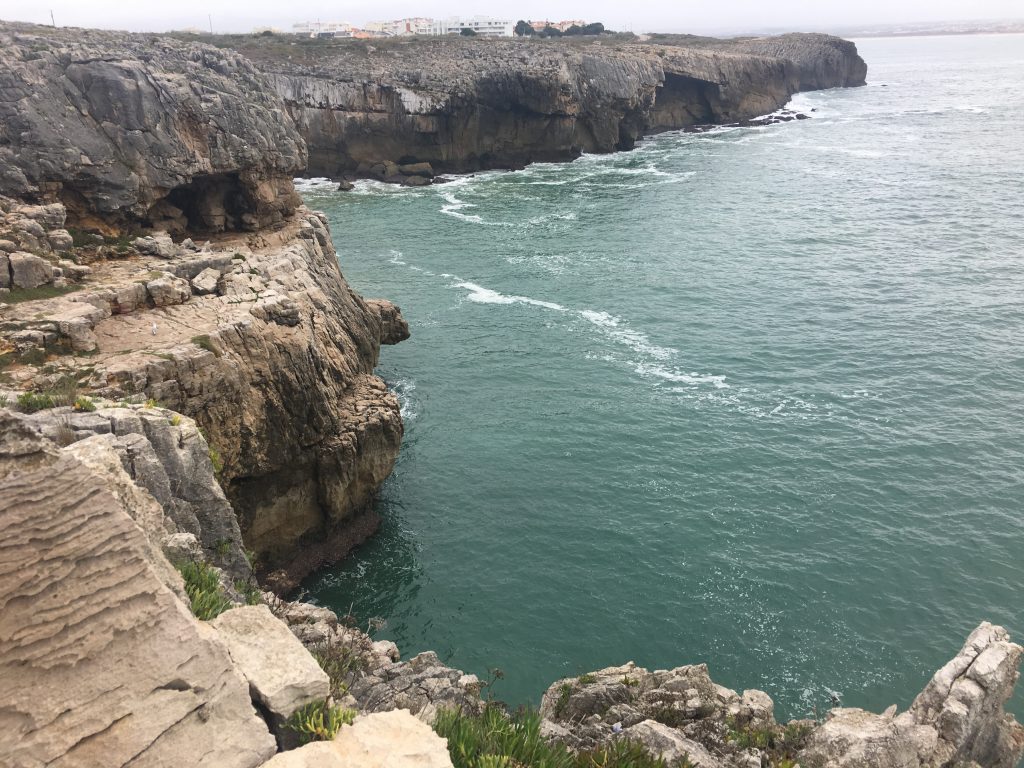 Eroded and undercut, the cliffs of the south coast

This was a nice place to spend the day and set the tone for the next few days as we followed the coast, the fishermen, and the surfers, south.