The conversation started as we sat on the chair lifts in Montgenevre on Sunday. We had been stood in a queue behind multiple beginners groups, waiting to get to the top of the mountain so that we could hot-foot it over to the less busy Italian side of the mountain. Did we really want to spend time skiing if we were spending so much of it queuing? To be fair this was the first time we had been stood in a queue of more than half a dozen people, but it was now half term for a large part of the UK  we could tell by the number of British voices around us that they formed the majority of the additional people.

Then, later that afternoon, with the sun beating down on us and the snow rapidly turning slushy under-ski, we decided that it would be best to escape the slopes for a while. We could find somewhere quieter, but there was not a sign of anything other than sunshine for the next week. Given the cost of skiing we didn’t want to spend our money skiing on slush, we could come back after half term when it (hopefully) snows again.

With a decision made we had to decide where to go. The good news was that sun was forecast over pretty much all of the south of France, so we would have great opportunities for hiking and mountain biking if we just dropped to a slightly lower altitude. Then a random facebook post from another motorhomer provided some inspiration. Back in January last year we had spent just one day in the beautiful Gorges du Verdon area. We had put it on our list of places to go back to and it was a mere 200k south of us. Why not?

So we made our way south, heading past the ski resorts of the Forêt Blanche, through Gap and Sisteron and many other places deserving of stops in their own right, and eventually finding ourselves in the high country of Provence, passing fields of lavender; rows of low grey mounds that will eventually sprout their purple fragrant flowers. Bertie’s cab was so hot it made me drowsy and sun-drunk.

We parked up in designated motorhome parking near the eastern side of the lake, just a gravel car park without any services, but it’s free and a short walk to the clear turquoise waters. Today we have been on a jaunt on the mountain bikes. Heading across the road and down a narrow road to the lake side and then following the footpath south as far as we could. We had to give up after about 8km as we reached the headland and the footpath became narrow and rocky, so we explored on foot for a while before having a picnic on the beach and then heading back to Bertie. Paul is back in shorts, giving his legs their happy freedom during the day, and Bertie’s doors are wide open for some welcome fresh air. But we know that tonight it’ll be close to freezing again so we’ll be shutting everything up before it gets dark. 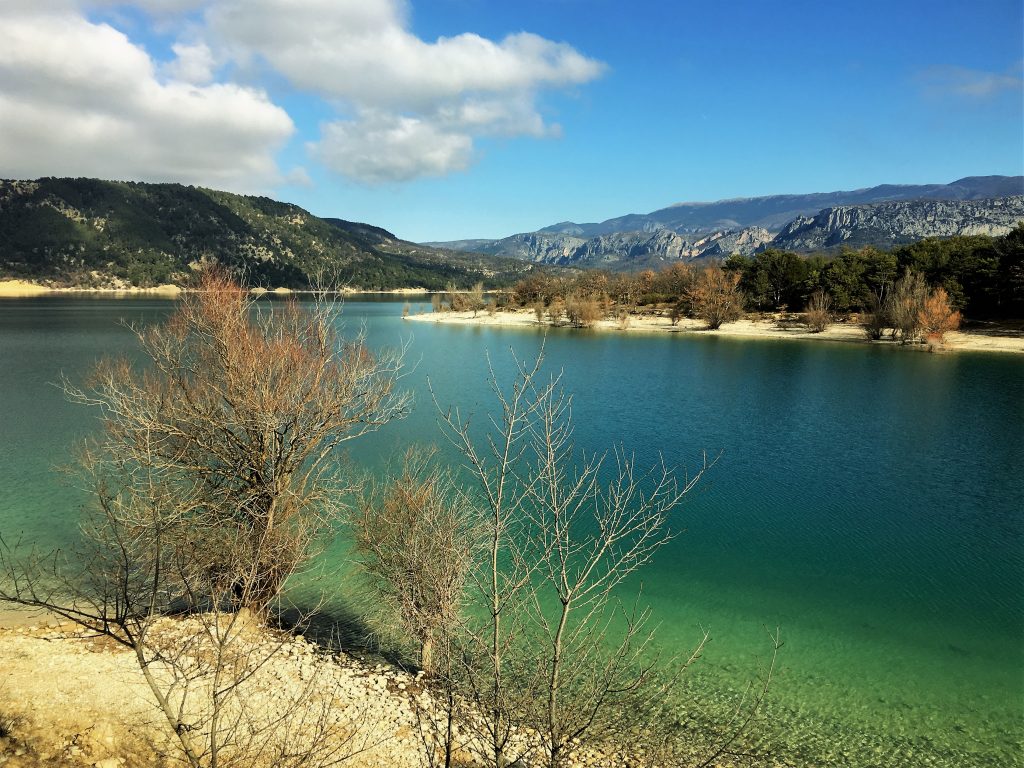 Our first view of the lake, just a few minutes from the parking. 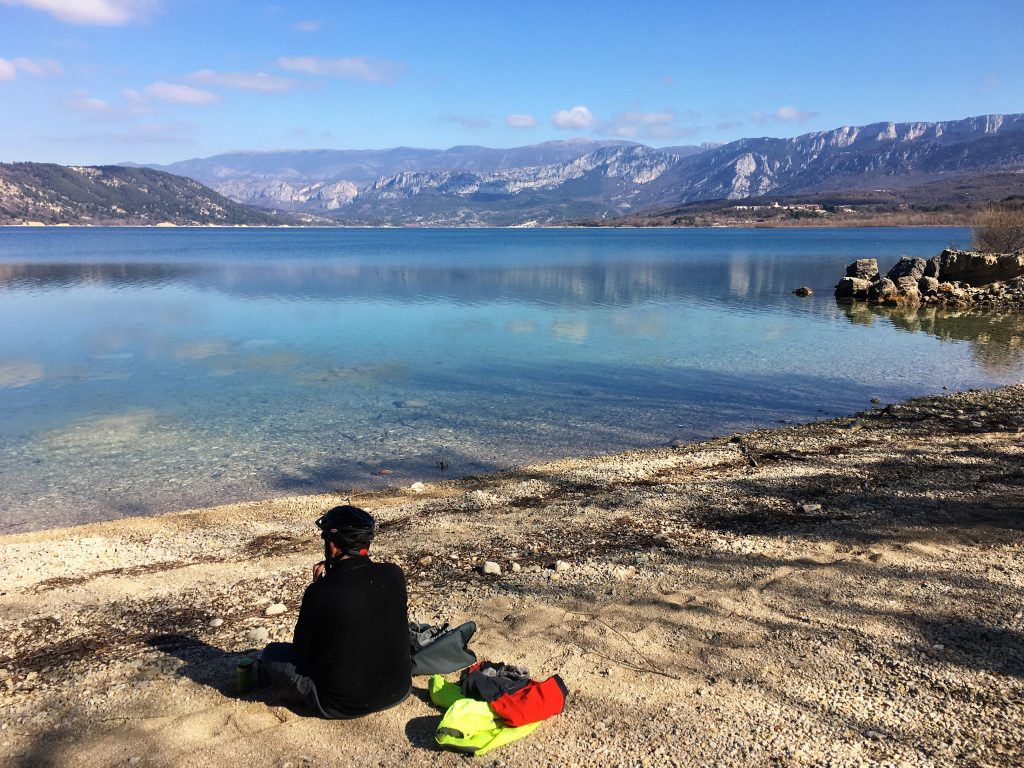 Picnic by the lake

It may have been an unexpected journey, but it’s provided a welcome change. One of the best things about motorhoming is the ability to change plans on a whim.

2 thoughts on “Escape to the Lac de Sainte-Croix”