Driving for pleasure is not something we’re accustomed to. We don’t really spend much time driving for the enjoyment of it. In Italy it’s even harder to enjoy a scenic drive, the potholes and tortured road surfaces make it difficult for the driver to do anything apart from focus on the road, and the passenger might be getting a good view but is often being bounced around. So usually we enjoy taking in the scenery on a bike ride or a walk, but this morning Paul declared that he was too hot to do anything that involved physical exertion so we thought we would drive south as far as we could bear and then park up and enjoy a leisurely day.

We were pleasantly surprised then to find that the SP358 is a nice road, with a good surface and nice views inland and down the cliffs to the sea. It is a trifle sinuous, but no so much that you end up with a queasy tummy, and it’s wide enough to allow two vehicles to pass each other with ease. So we enjoyed ourselves pootling along the road, stopping whenever we could find parking spots to enjoy the views.

It’s not like we went that far, probably only about 50k, but the shock of how nice it was has stayed with us. It says a lot about Italian roads!

At lunchtime we stopped at a large parking area just north of Tricase Porto and wandered into the village to pick up some lunch. With a couple of panini in hand we wandered back along the harbour, across the beach where even the Italians were sunbathing and swimming in the sea (we seem to have turned a corner from obligatory puffa jackets to exposing as much skin as possible), across the rocks and back to Bertie. Exhausted by the heat we decided to head back down to the rocks with our swimming gear and our lunch. We snorkelled off the rocks over clear deep waters and cooled our bodies down enough to feel ready to move on. 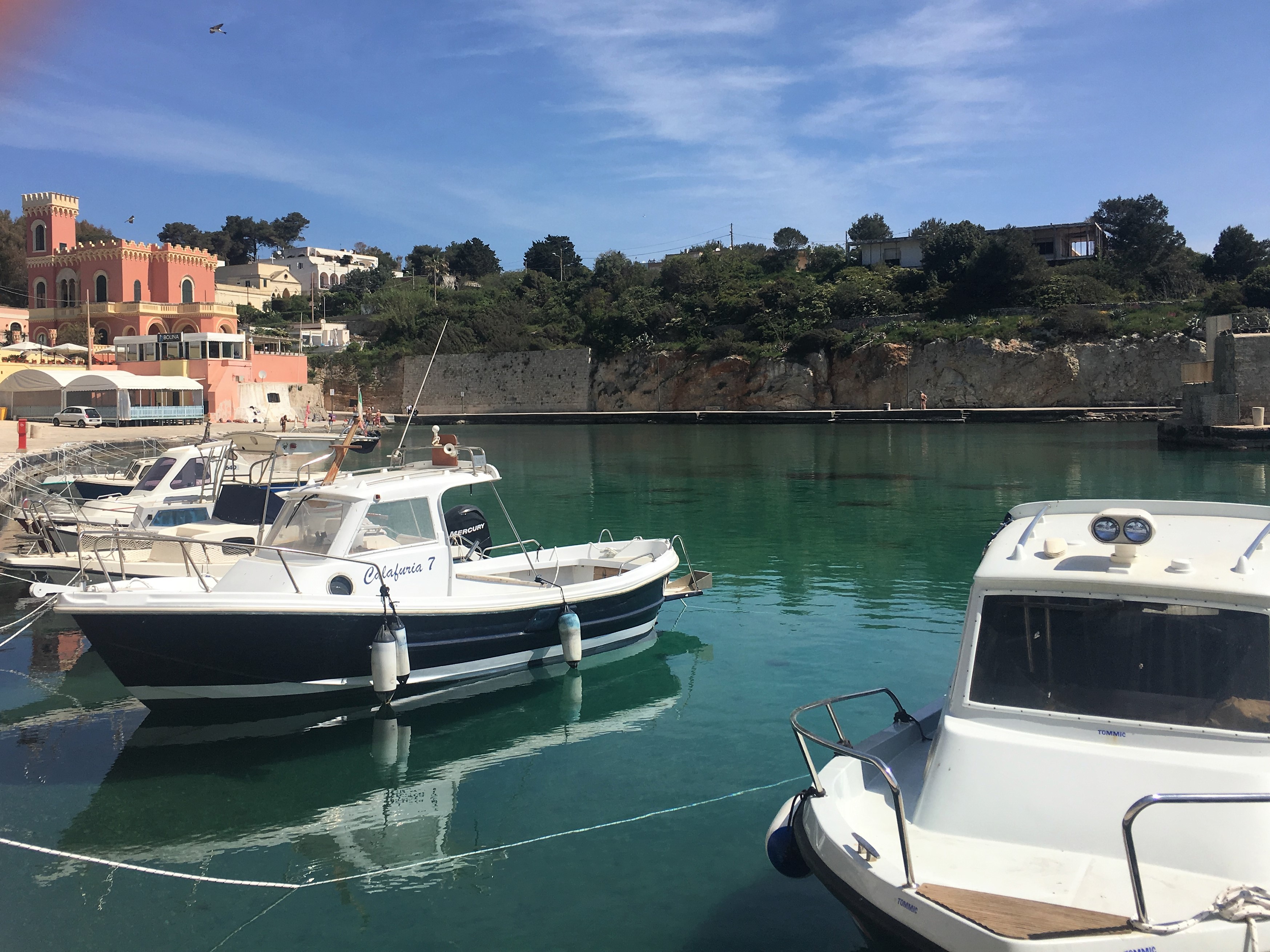 Just a few kilometres further south we stopped at a car park for a small nature reserve. A couple of paths here allowed access to the rocky shore. We waited until the heat of the sun had dissipated and tried both of them out, finding the inlet of the  Canalone della Guardiola where we could watch fish swimming – it would have been nice for another snorkel if we had taken our stuff with us. 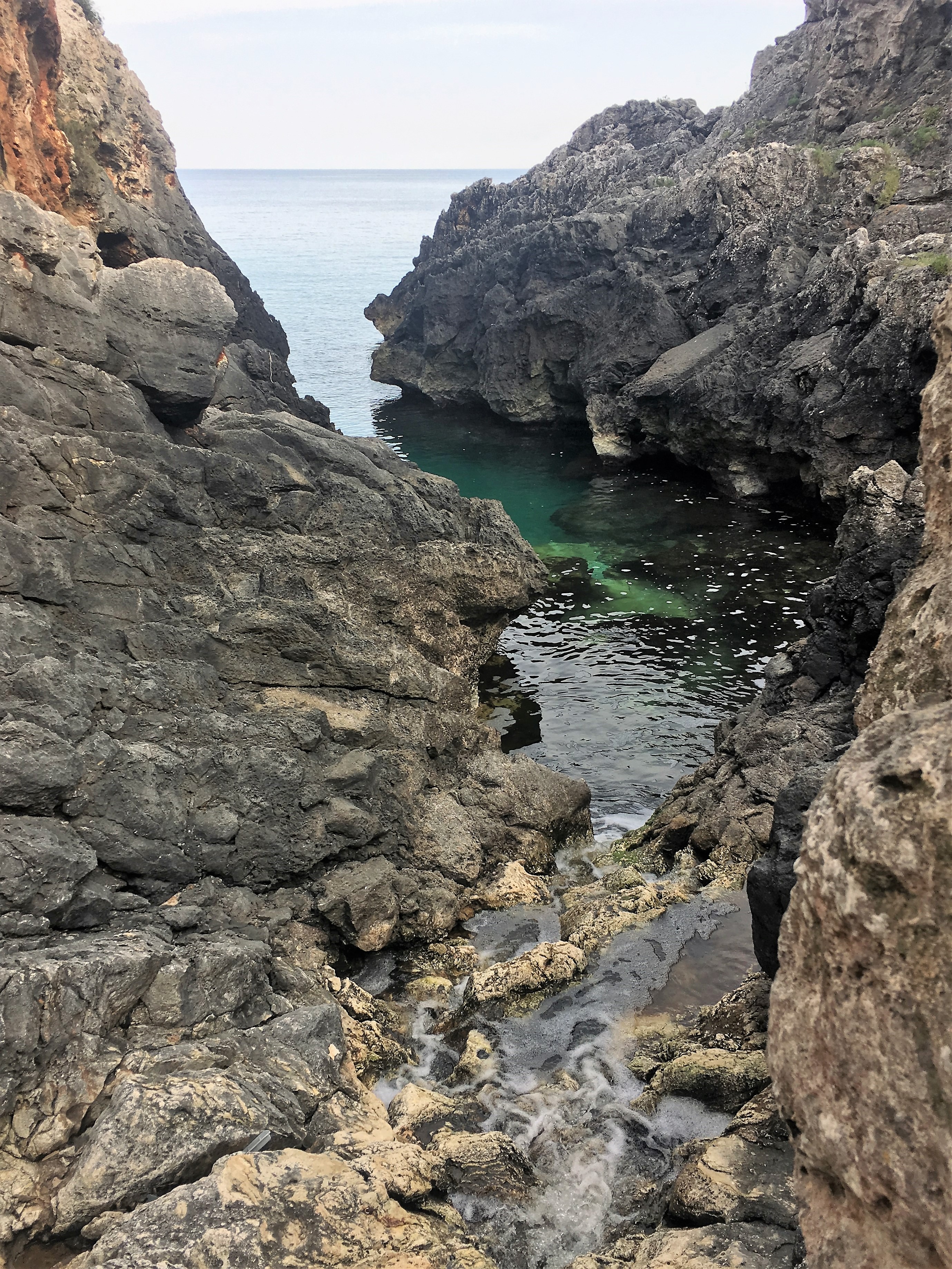 While waiting for the day to cool down I made some Golden Syrup for Paul. It starts by caramelising some sugar, then adding a lot more sugar, water and a couple of slices of lemon and simmering. You end up with something that’s almost the same as the stuff you get in the tin. 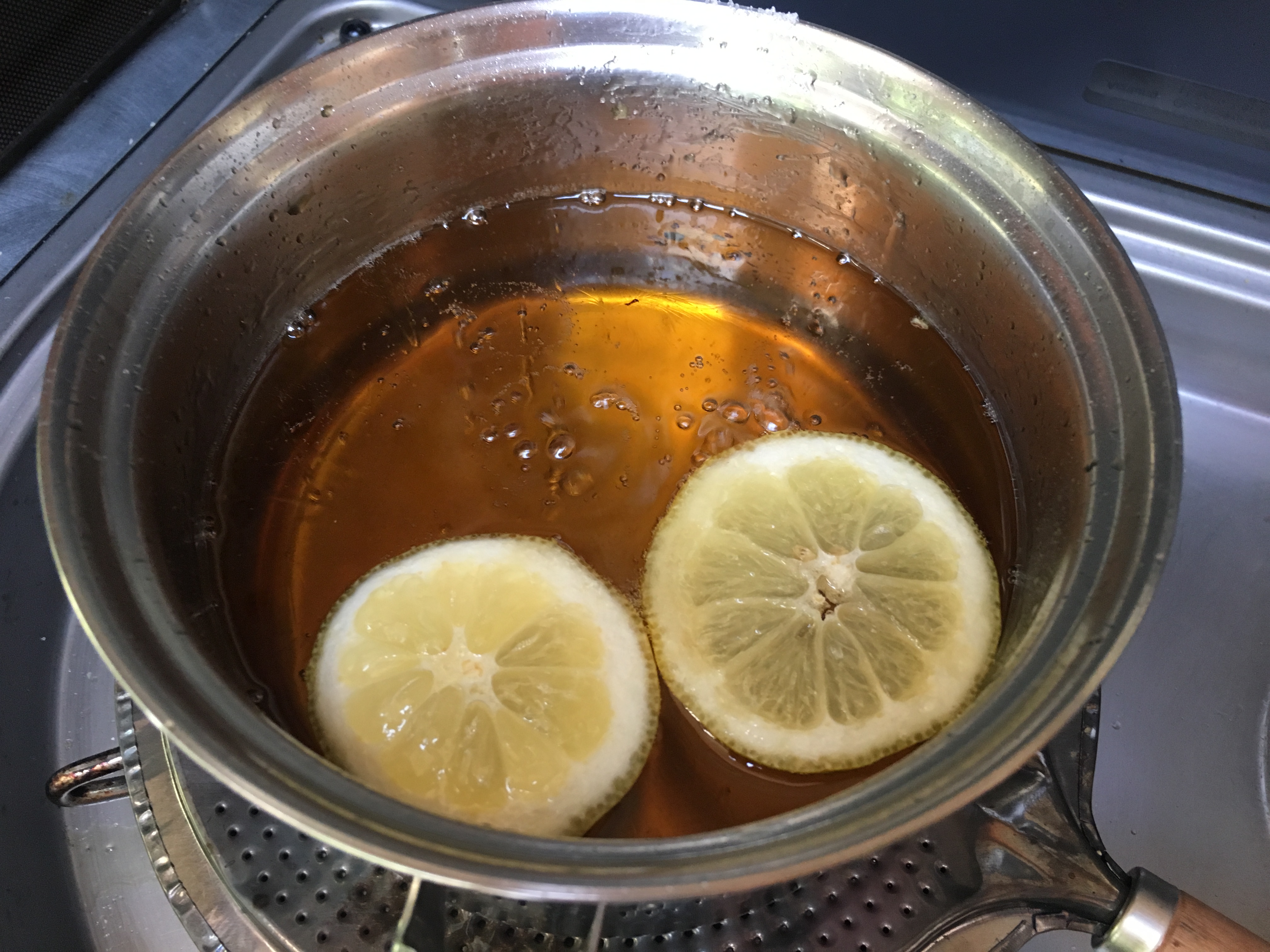