After looking at the weather forecast, where numbers in the thirties were far too prevalent, we decided that we had to get to a higher altitude as soon as possible. The problem was that we were heading south and so the weather was getting progressively warmer, but at least we knew we would be rewarded with the possibility of high altitude parking. Bertie’s greenhouse-like cab developed a rather pungent aroma as we drove south without the benefit of air conditioning.

When we stopped for a quick break we realised that for the second time Paul had left our petrol cap behind at a fuel station. The first time that this happened I was willing to accept that it may not have been Paul’s fault, but now it was feeling like a habit. We tried a Norauto and a Feu-Vert without any success, but a very helpful assistant in the Feu-Vert recommended the local Autodistribution, a ‘proper’ auto parts store where we found ourselves a temporary replacement (again).

A couple of hundred miles south and 5 hours driving later we stopped before we expired of heat exhaustion. The aire in Grisolles was just off a main thoroughfare into Toulouse and we found a spot under the shade of the trees where we people watched for the rest of the day. Top spot of the afternoon was a man who returned from a bike ride, changed into his speedos and took his hosepipe to the motorhome service area where he washed himself down over the grey water disposal. Not something I’ve ever seen before, but I’m sure that the cold water was very refreshing.

The following morning we set off for Foix, a town where the lowlands of the northern Ariège meet the Pyrenean mountains of the Haute-Ariège. We parked up in the free aire and wandered into the town to find the tourist office. The tourist office was rather low on maps, but provided a booklet of local walks. We may work our way back when the weather is cooler and complete a couple of them, Foix was a pleasant town, but for the time being we still needed to find a cooler spot. 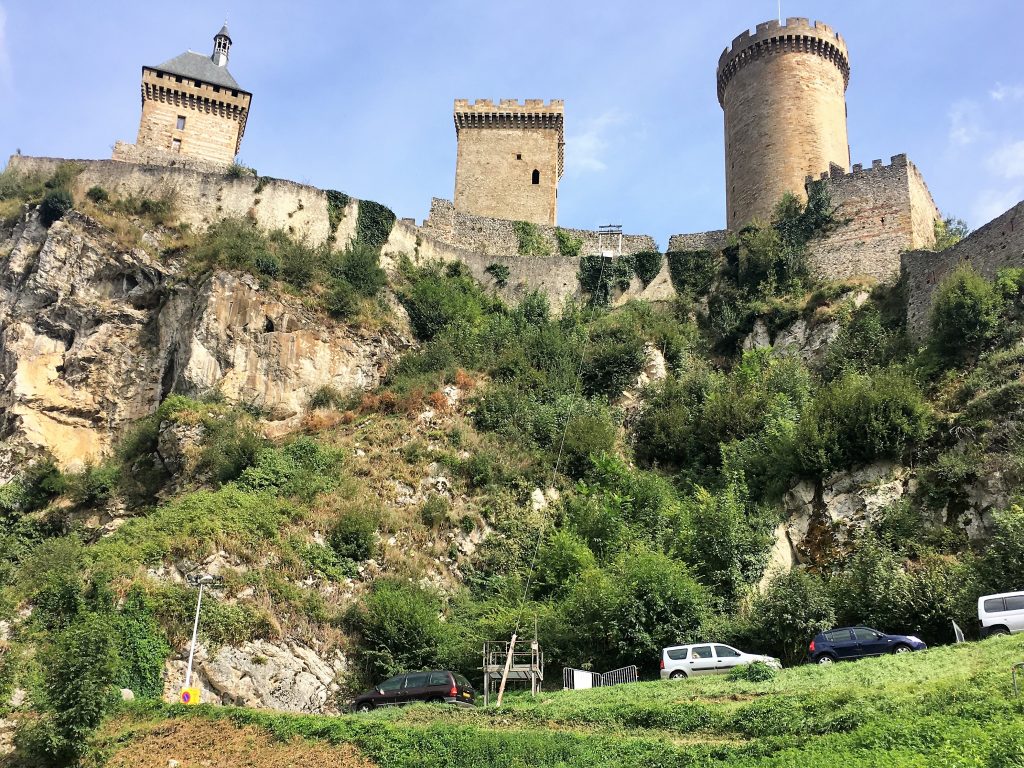 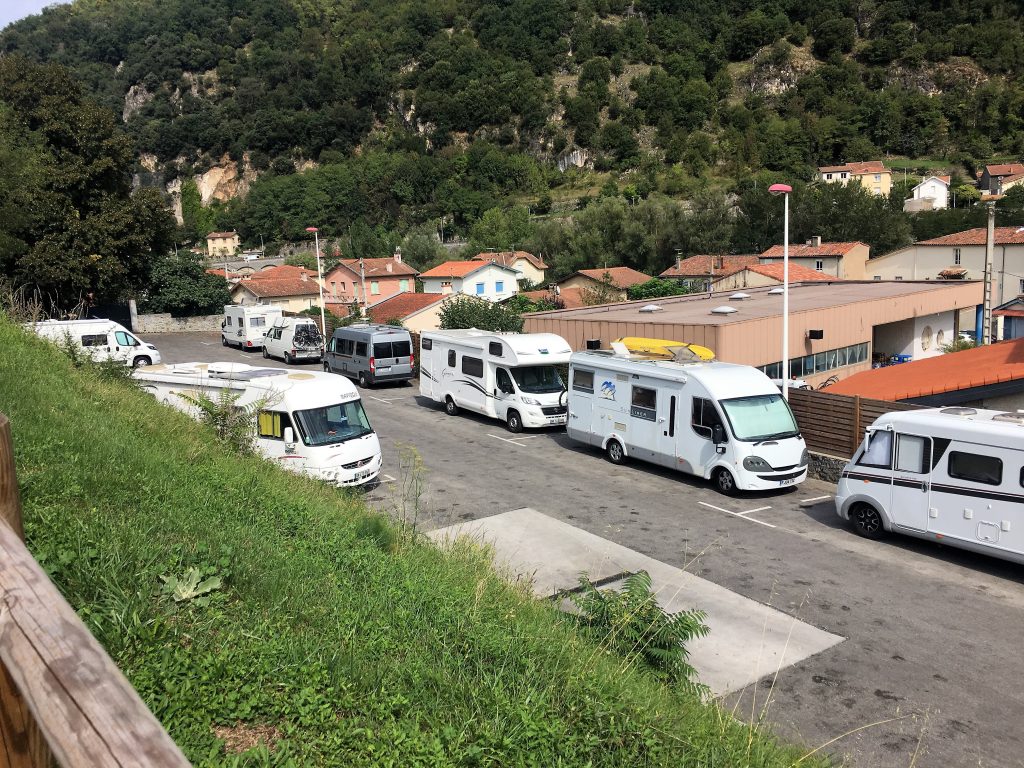 After using the free services in Foix we drove on a few km to Ax-les-Thermes, parked up in the daytime motorhome parking (next to the river on the Boulevard Paul Sabatier) and popped into the tourist office where they had more maps but were slightly less helpful. I had a moment of great frustration when I knew that the couple next to us were being shown a free map of walks in the area but the assistant who was ‘helping’ us didn’t even mention it. Eventually I had to just ask her to give us the same free map that the other couple had walked out with. I also bought two maps (I love a map) but by this point obtaining the free map was a point of principle. 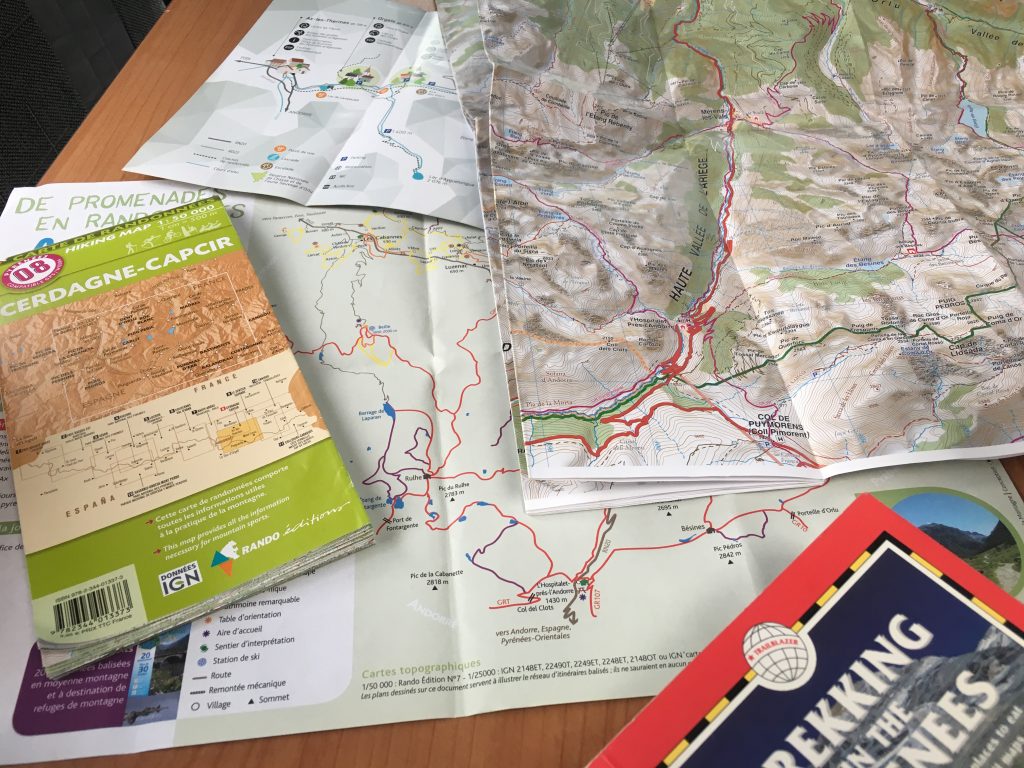 A satisfaction of maps

Finally we drove up to the extremely quiet 3-Ax ski station above the town where the weather was fresher. In fact there was a bit of a shower and some distant thunder – bliss. 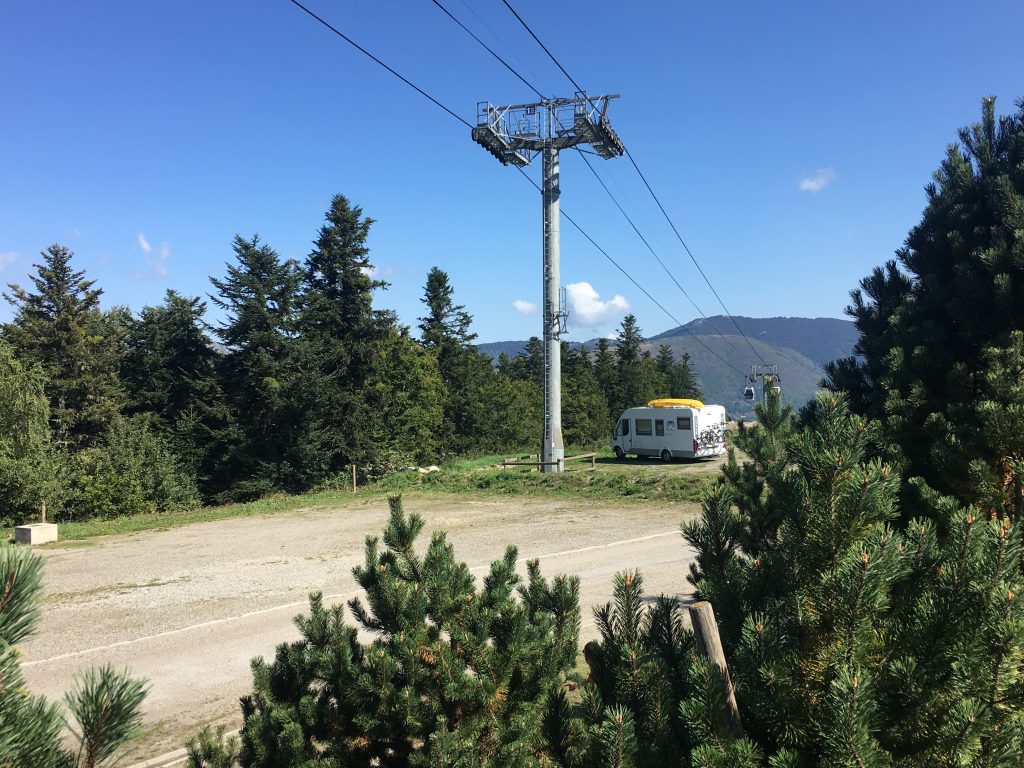 The motorhome parking spot at the ski station