After saying goodbye to Aaron and Katie we started heading further east, looking for somewhere to stay for Christmas. We used the ACSI book to try and identify possible campsites and as Paul drove I was reading reviews and trying to work out which would be the best.

Truth to tell, our most important criteria for a campsite these days is ample hot water and good water pressure. Anything else is just a bonus. As soon as we read reviews talking about cold water and dribbly showers we want to move on.

So we kept moving east until I found a campsite that seemed to meet our needs. This was Camping Mar Azul near the town of Balerma. The whole area from Motril to Almeria and beyond is devoted to growing out of season veg to meet the needs of supermarket shoppers throughout the whole of Europe. Tomatoes and peppers – and other veg too I’m sure – are grown under plastic shelters. They stretch for miles as far as the eye can see and although they are exceedingly ugly I cant object as I am an avid consumer of tomatoes at any time of year.

Camping Mar Azul was situated on a plot between these polytunnels and behind a long stretch of beach. The surroundings may not have been particularly scenic, but the campsite itself was exceedingly tidy, clean and had the all-important hot and powerful showers. It was also €15 euros with the ACSI card, a bargain.

We spent Christmas here, relaxing and chilling out amongst at least 150 other motorhomes (and a few caravans), mostly German but also a number of other nationalities, then we spent a couple of extra days while a storm blew over. It was tempting to stay for longer, lulled into campsite torpor, but we wrenched ourselves away finally with the promise of more scenic surroundings in the Cabo de Gata national park. 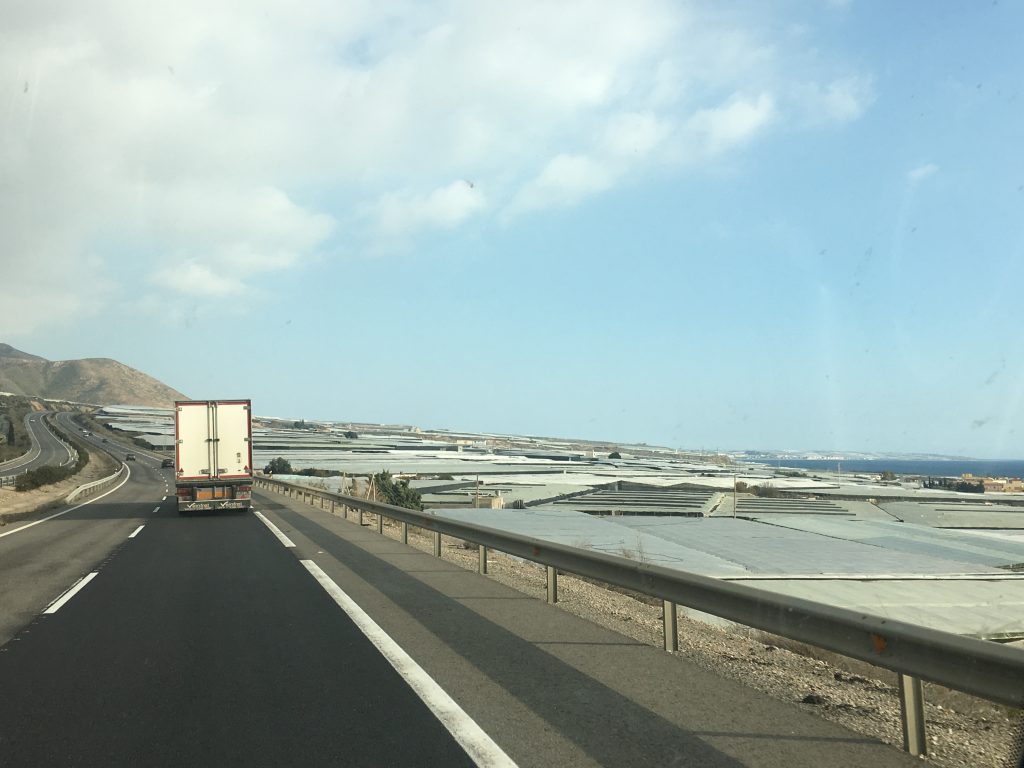 A sea of plastic on the way to Camping Mar Azul. 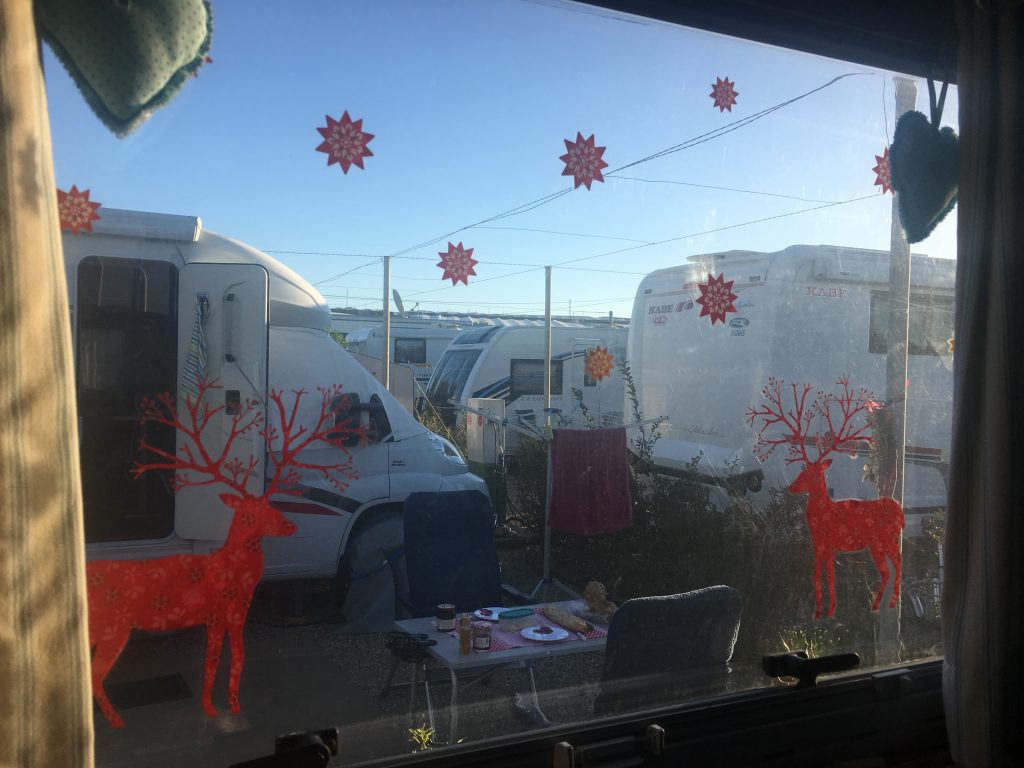 Our attempt at Christmas decorations – there is less clutter if you can stick them to the windows. Note the many vans around us. 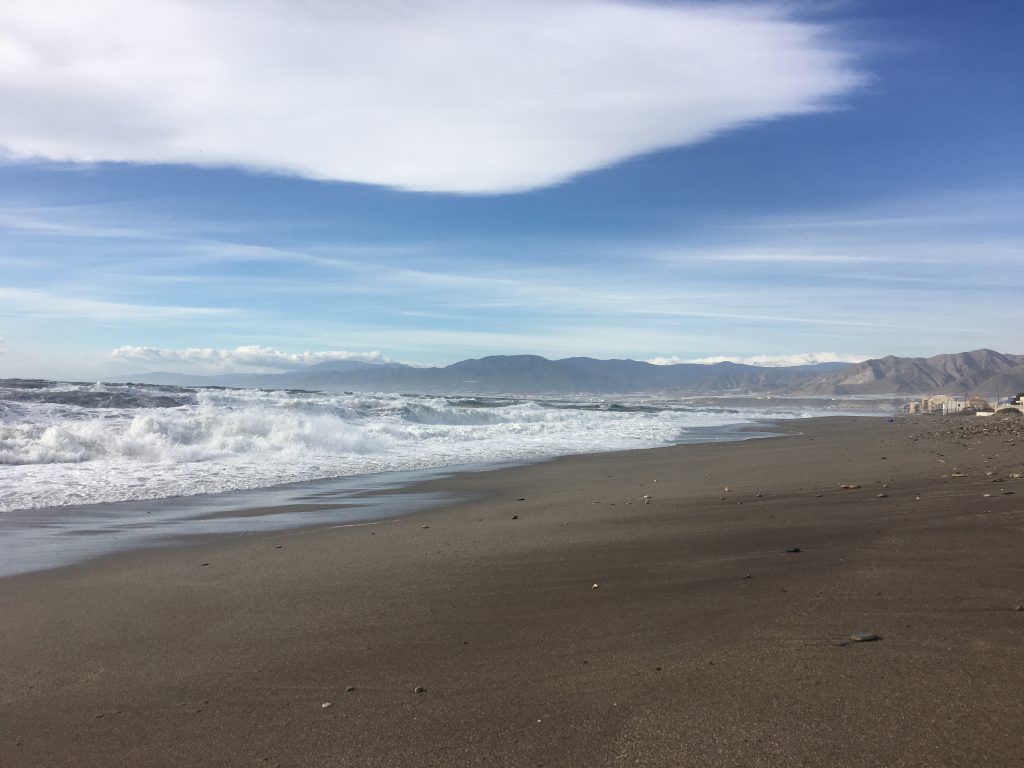 The beach at Balerma – the sea was churned up from the storm, more froth than wave