While in Campodimele we decided that we would drive down to Naples before heading north again for some skiing. We weren’t sure what we would do after skiing so wanted to ensure a trip to Pompeii before leaving Italy.

On the way to Naples we stopped in Itri, a town that is nestled in the foothills of the Aurunci natural park.

We had one of those moments when we approached our parking spot, firstly we narrowly avoided driving down a one way street, earning us our first serious Italian beep (which we were grateful for). When we found the right road it seemed to narrow down to an impassable exit, which caused a slight panic, but this was just an optical illusion as the street made a small turn and opened back up again. The parking was at the bottom of the old town and was nice and quiet for a Friday and Saturday night. We had views of the hills in front of us and the castle loomed overhead. 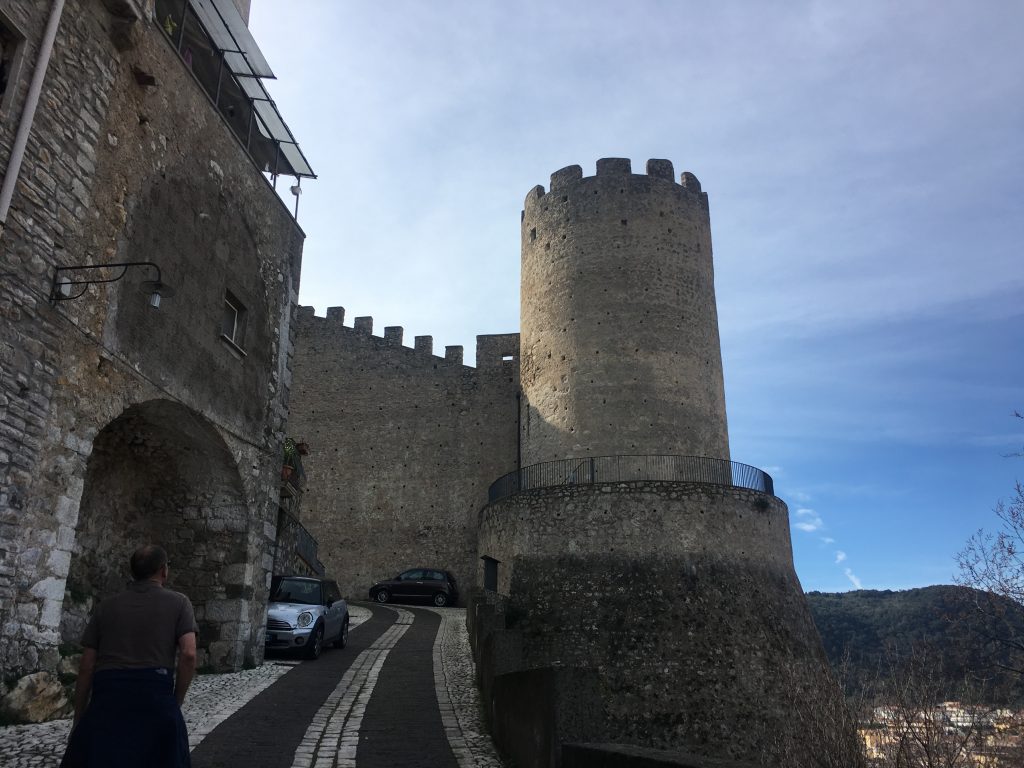 We didn’t do much on our Saturday in Itri, we wandered around the old town’s cobbled streets and then around the shops and cafes of the newer part of town. It was one of those market towns with a positive atmosphere, pleasantly busy with lots of families out in the parks and a good selection of shops, including one very smart butchers and deli (which, due to the decor, I was convinced was a hairdressers until we went in). Our perambulations were interspersed with a bit of rugby watching (from the van, as we couldn’t find anywhere showing it).