It was late summer when Paul’s friend Mark (aka Ted, aka Welshy) mentioned that the draw for the Rugby Union European Cup had taken place. Chiefs would be facing Castres, a team who had won the French League this year, most importantly Castres is in the south of France, close to Toulouse. ‘Definitely’ we said ‘we’ll be in the area, get us some tickets’.

So now we were on our way to Castres and ready for a rugby and beer filled weekend. When I say ready, we haven’t exactly been hitting the beer (or cider in Paul’s case) in any sort of volume since we’ve been away, so actually we were completely unprepared lightweights. And it showed.

We turned up in Castres hoping to find the local campsite open, but it had closed (as is the case for so many French campsites) at the end of September. Parking was allowed in the adjacent Gourjade park for 24 hours, so we flagged that as a possibility for match day and looked at our options for aires in the surrounding towns and villages.

We ended up in Labruguière, a pleasant town about 10k south of Castres that was on the train and bus routes into the city. The aire here is really quite nice, it’s a paid aire with a barrier on entry, but for your 7 euros you get a nice sized pitch that is big enough to roll out the awning and sit outside, plus electricity and all the normal services.

We popped into town to find the timetables for the buses and trains. Bus travel is free here in the Castres-Mazamet area which was a real bonus. It’s one of those initiatives that seems to have paid dividends in non quantifiable benefits. For example they have seen a reduction in youth crime since the free transport was introduced – why? who knows but there must be a link. Sadly the bus service only runs till 7pm but the trains run later and after the first attempt at buying a ticket from the machine in Castres I downloaded the SNCF app. It was easier to understand, which mean we got cheaper train tickets through the app, and I could buy the tickets in advance while unaffected by alcohol. I would definitely recommend the app if you are going to use French trains at all during a visit.

Despite plans to drive into Castres on match day, we decided we were better off staying put, especially after a particularly beery Friday. The added advantage was that we had to leave at 9:30 to catch our train. Much as I hate missing out on fun and excitement I think that staying any later would have been too much for either of us.

When we arrived in Labruguière the weather was a bit dismal, but it soon brightened up. For some reason this seemed to wake up hordes of shield bugs and we were infested with the blighters. So much so that we are still finding them hibernating in our window seals two weeks later. Luckily they are very dopey and easy to pick up and throw out into the cold (poor things).

We spent the next few days socialising with Mark, Jen and the rest of the Chiefs fans. Predictably this was mostly done in the Irish Bar (there is always one) in Castres who must have doubled their annual profits from this match. This was our first Chiefs away game so it was all quite new to us, we had a great time; mingling with the coaching staff on the evening before the match, following The Tribe to the stadium on match day, eating French match day grub (no pasties here), and generally having a great time. 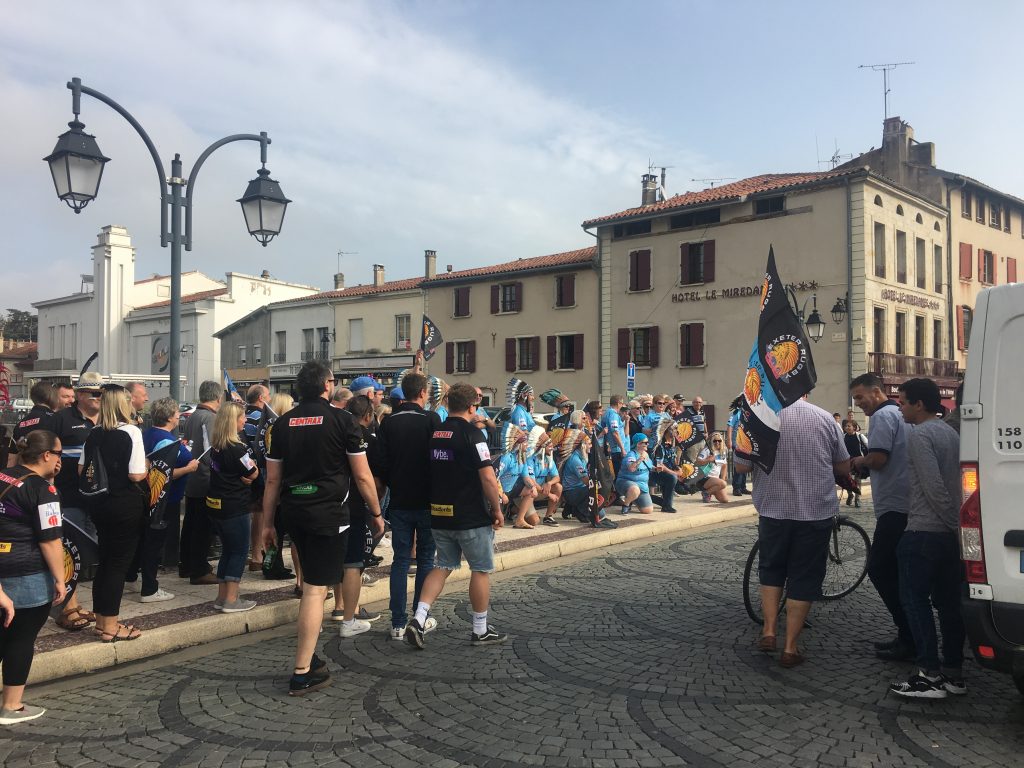 The Tribe, preparing for the march to the stadium. 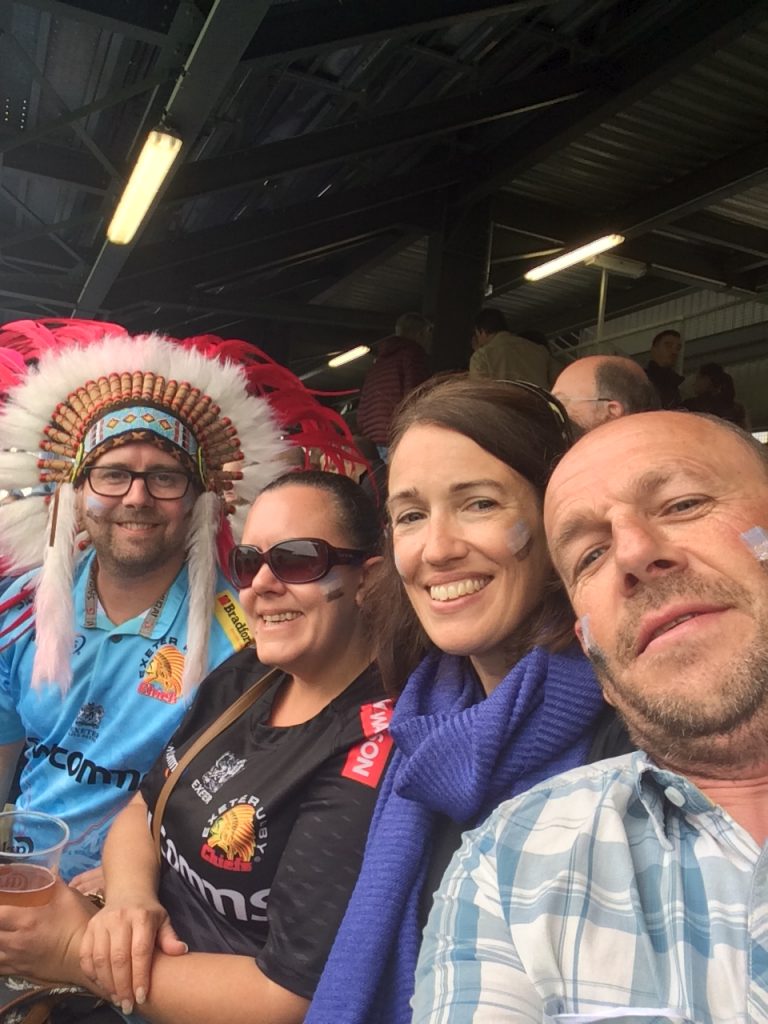 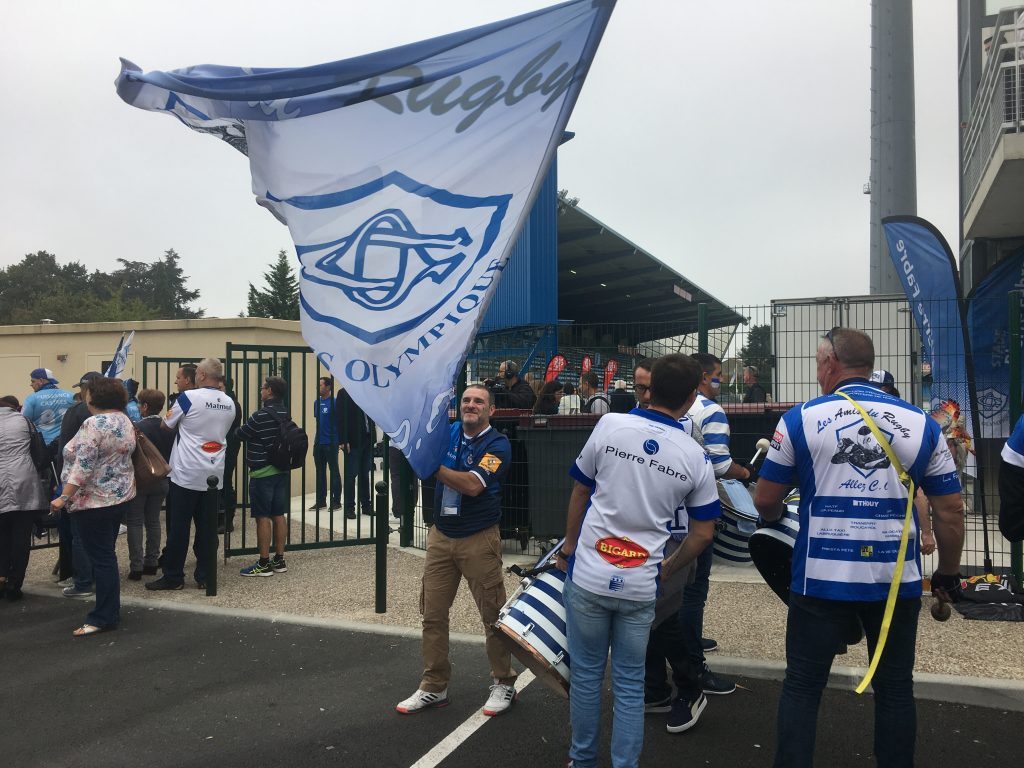 Castres fans at the stadium

The less said about the result, the better. Suffice it to say that Ted still hasn’t seen Chiefs win away. But that didn’t dampen our enjoyment of the weekend (much). It wasn’t a  cheap weekend, it wasn’t a sober weekend, but it was a great fun and I would definitely do it again! 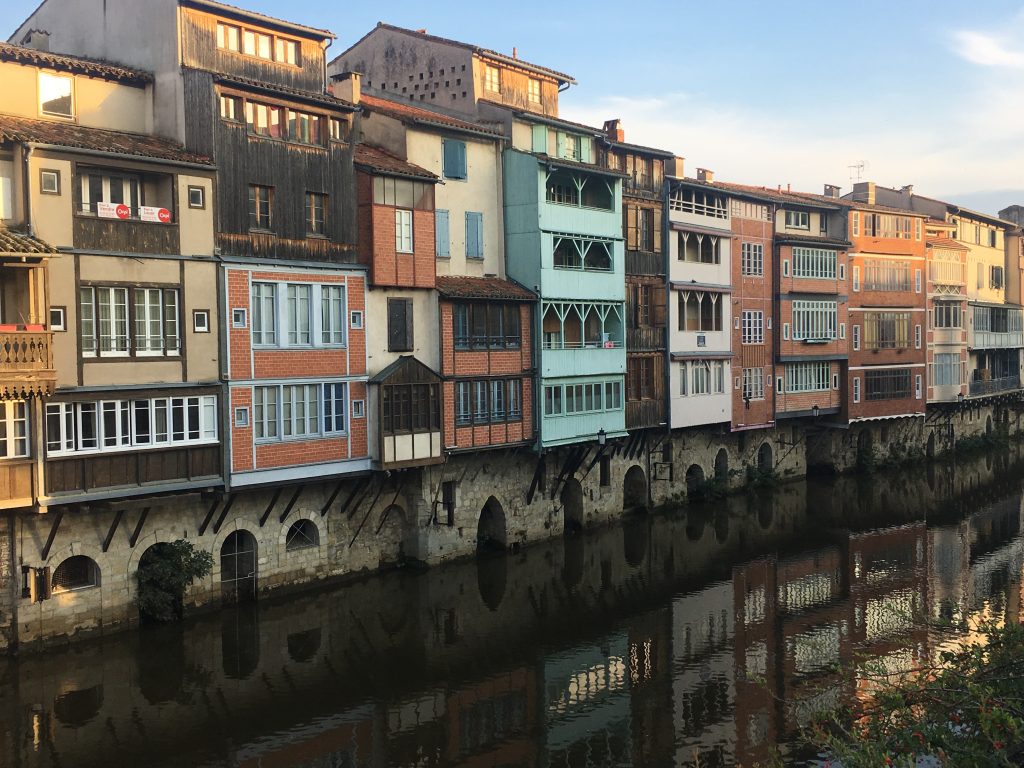 Castres isn’t the most tourist centric town, but we did also do a bit of sightseeing.