We woke up to fine weather and so continued with our plan to walk around the coast to Carradale. The intention was to follow part of the Kintyre way to Carradale and through the woods behind the village, then we would head out to Carradale point. On the way back we would make a circuit of Carradale and walk along the beach, crossing the river using the stepping stones before retracing our steps for the final part of the walk.
We started by walking up the road from Torrisdale before joining the Kintyre way as it heads over to Dippen Bay. The route finding was interesting as one of the pale blue markers for the Kintyre way had been knocked over. This was the key marker for determining our route across the first bit of open land to the coast and we managed to take a couple of wrong paths into boggy declivities before we managed to get down onto the rocky shore. Once on the coast though we were good to go with the rest of the route pretty obvious and well marked. Here we saw another otter sitting on a rock having a good nibble on a crab, how lucky to see two otters in two days and an excuse for a rest after our wrong turns earlier. 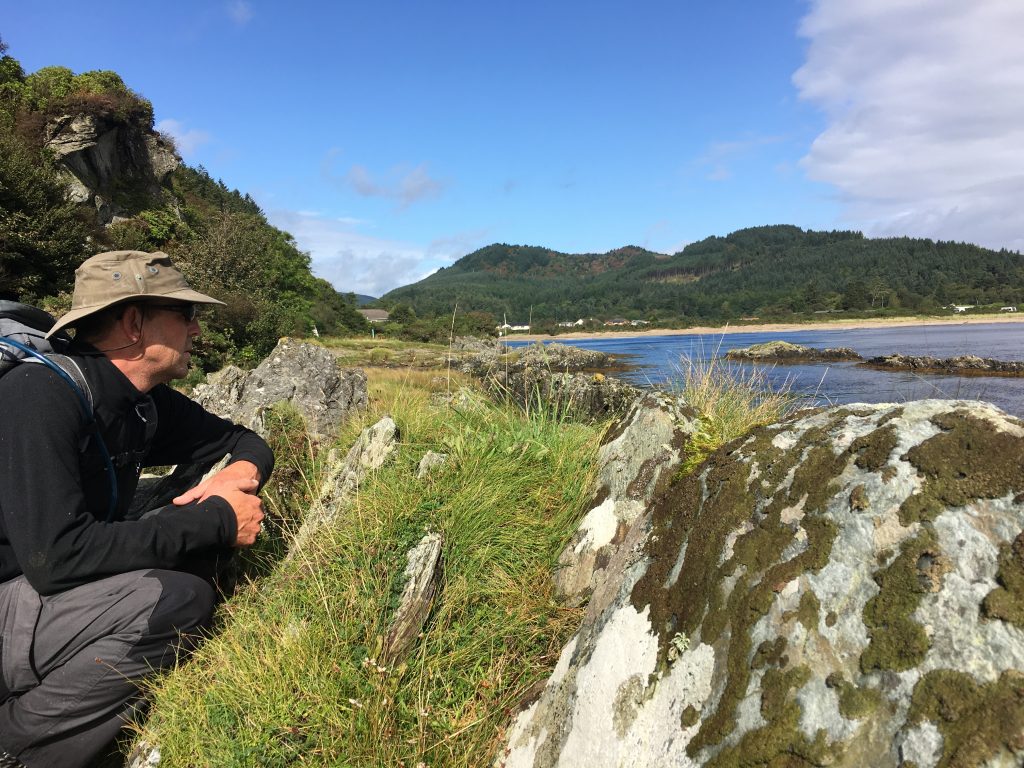 At the western end of Carradale bay the route left the coast and walked alongside the river before heading along tracks through forestry commission land and then back down to Carradale where we could pick up the path to the point.
When we got to Carradale point we had hopes of seeing some more wildlife – but all we saw (and smelt) was a herd of feral goats and a few gulls. 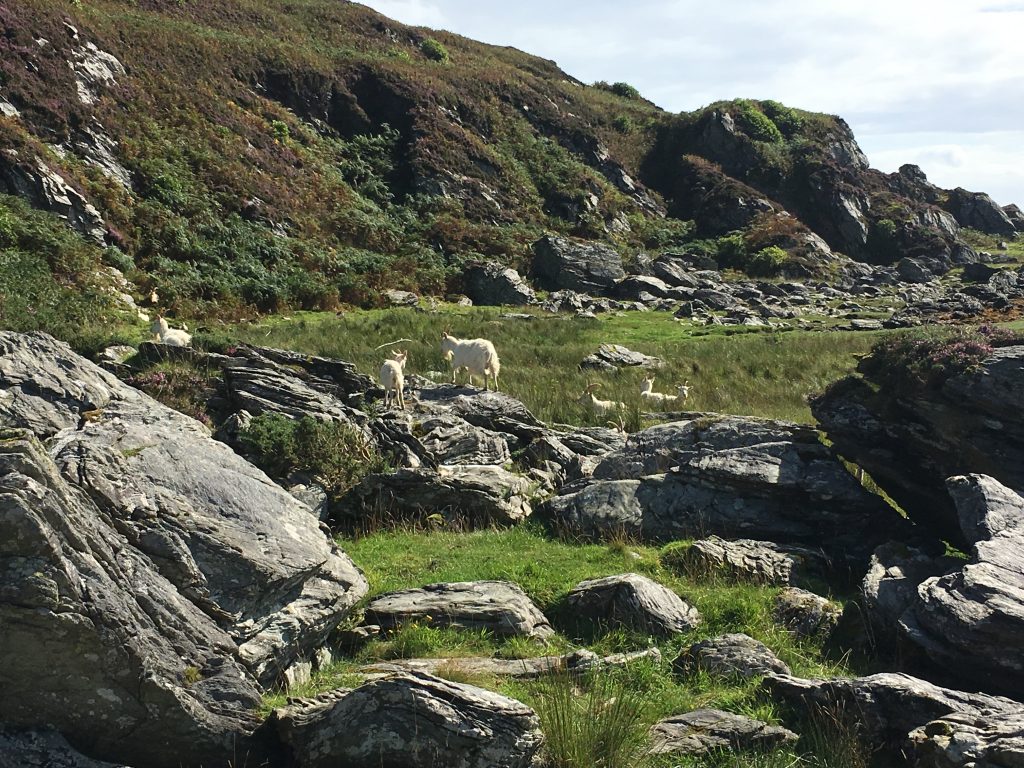 We had a pleasant walk back along the sandy bay to the stepping stones but then much disappointment as half of the stones were underwater and there was no way I was going to attempt them. We had an extra mile or so to add to the route as we took a detour back up to the nearest bridge, but rather that than embarrassment or a soaking.

By the time we got back to Torrisdale we were quite tired, so decided to stop there for the night. It also had to rank as one of our favourite overnight spots for it’s beauty and peacefulness. 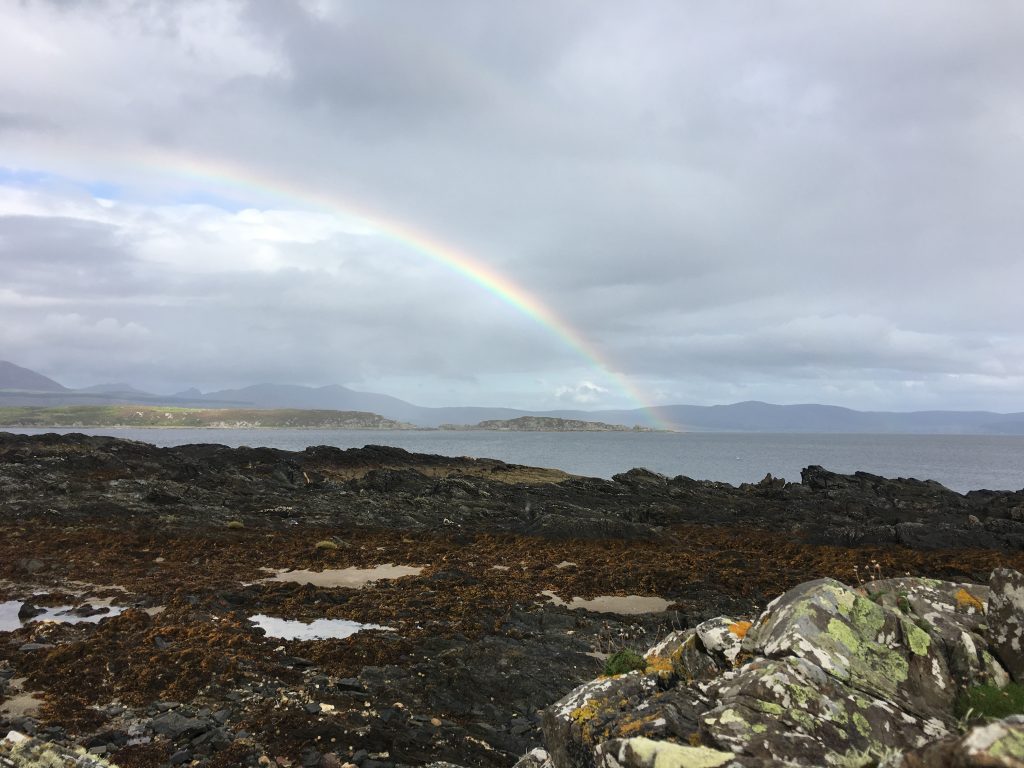 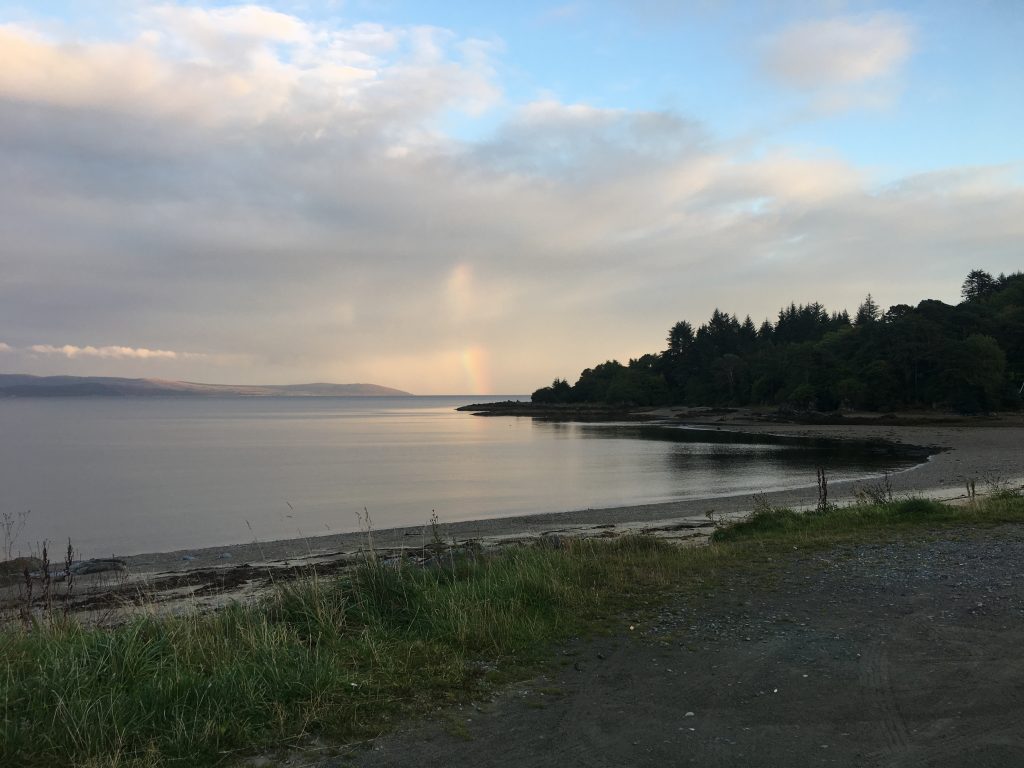