After a day on the mountain we didn’t feel like doing anything too strenuous so we headed to Brodick. We parked up in the car park by the Mountain Rescue centre, where we intended to spend the night (although we decided not to in the end).

First port of call was Castle Brodick which we could visit for free courtesy of our National Trust memberships. From the car park we could walk across the road and go through the pedestrian entrance. The castle itself isn’t open at the moment as it’s undergoing essential fire prevention work, but the gardens were open to wander around. They had a number of nice specimen trees and two walled gardens (I do like a walled garden), although the only walled garden that was open was the ornamental one and the kitchen garden was not open to the public. 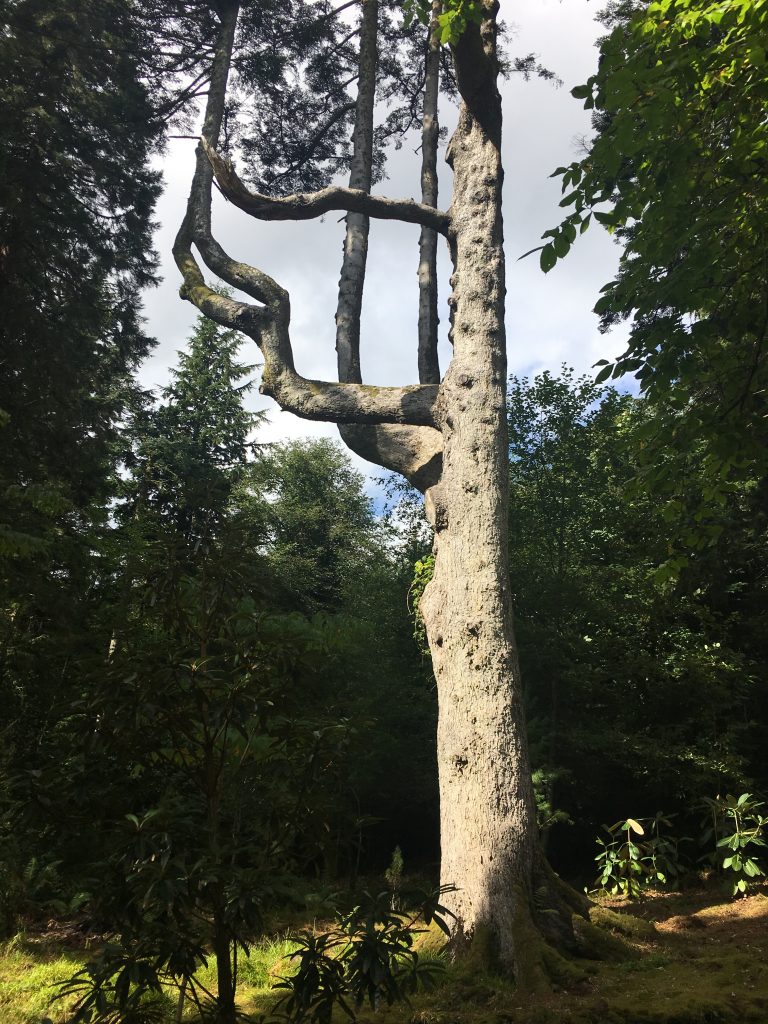 One feature in the gardens is the Bavarian Summerhouse which was built by the 11th Duke of Hamilton in the 1840s for his German wife. This structure, built of wood and decorated with pine cones was interesting especially as the ceiling decoration is still the original and hasn’t been restored (although it looks like roofers may have put their feet through the ceiling on a couple of occasions). The 11th Duke was also responsible for the castle building as it’s seen today on the back of Scottish £20 notes, which bears very little resemblance to the original 13th century building although some of the original walls still exist. 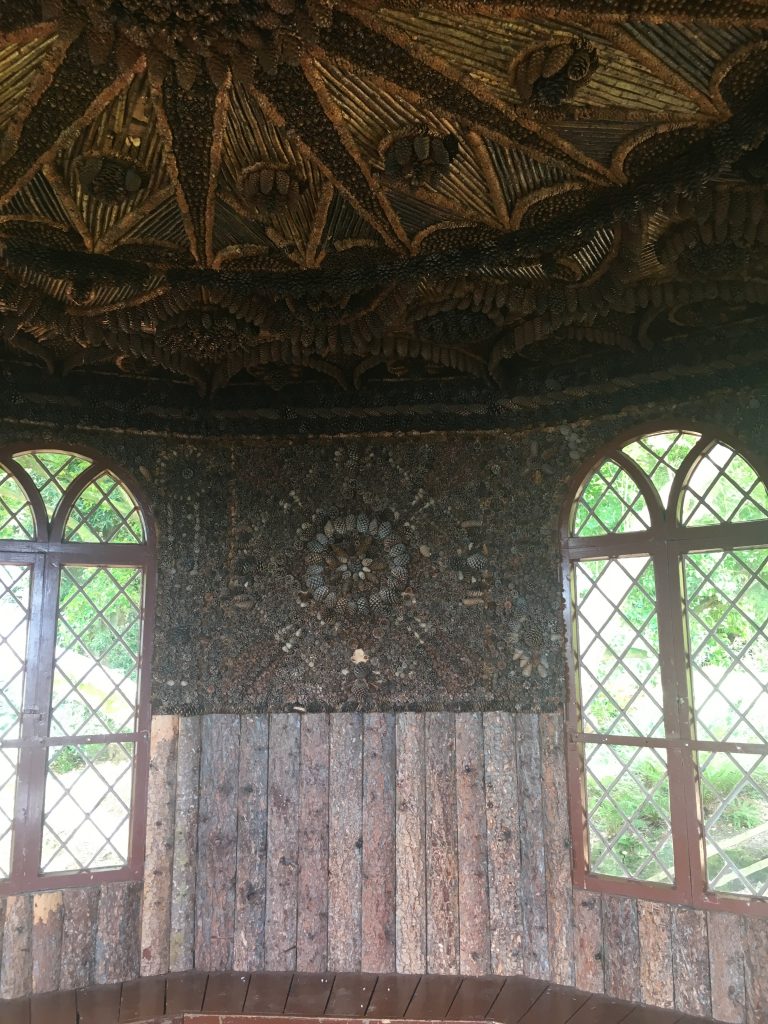 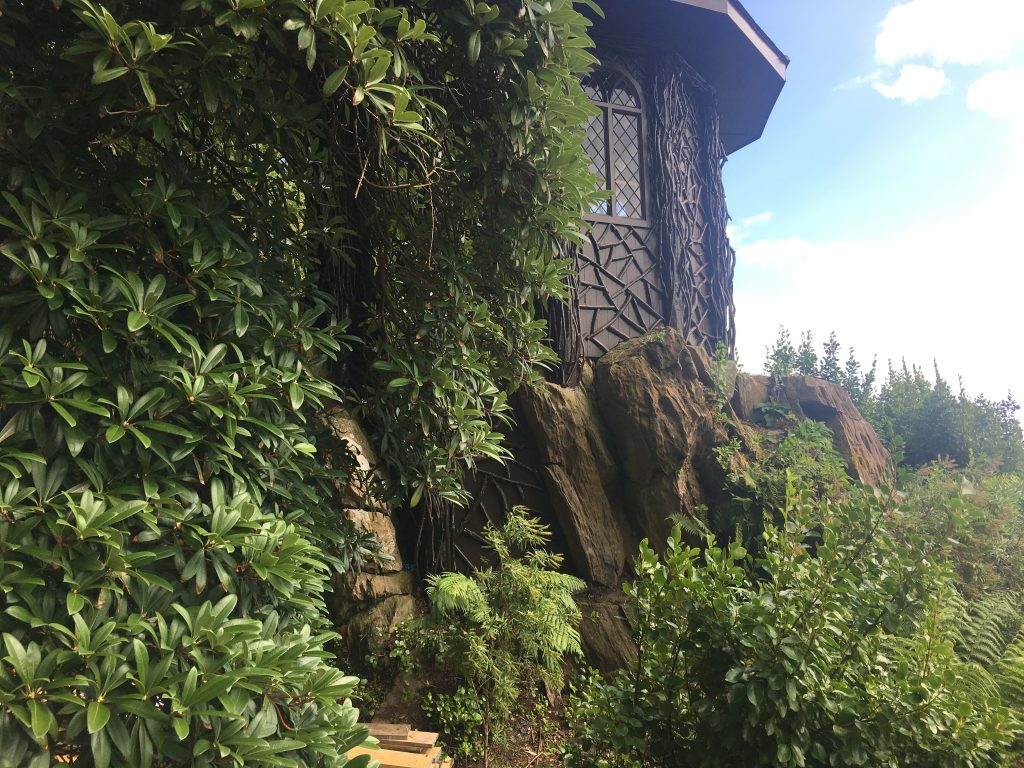 After a couple of hours wandering around the gardens and some tea and cake (in Paul’s opinion the worst cup of tea he’s ever had although mine was perfectly fine – maybe it was the milk as I have my tea black) we went back to Bertie for some lunch and then walked in the other direction down the Fisherman’s Walk which goes into Brodick. This is a nice stroll which runs between the beach and the golf course, sometimes on grass, sometimes on the sandy beach and a short stretch on boardwalks. We popped into the bakery and the coop in Brodick to pick up some essential supplies and then toddled back along the Fisherman’s walk to Bertie. 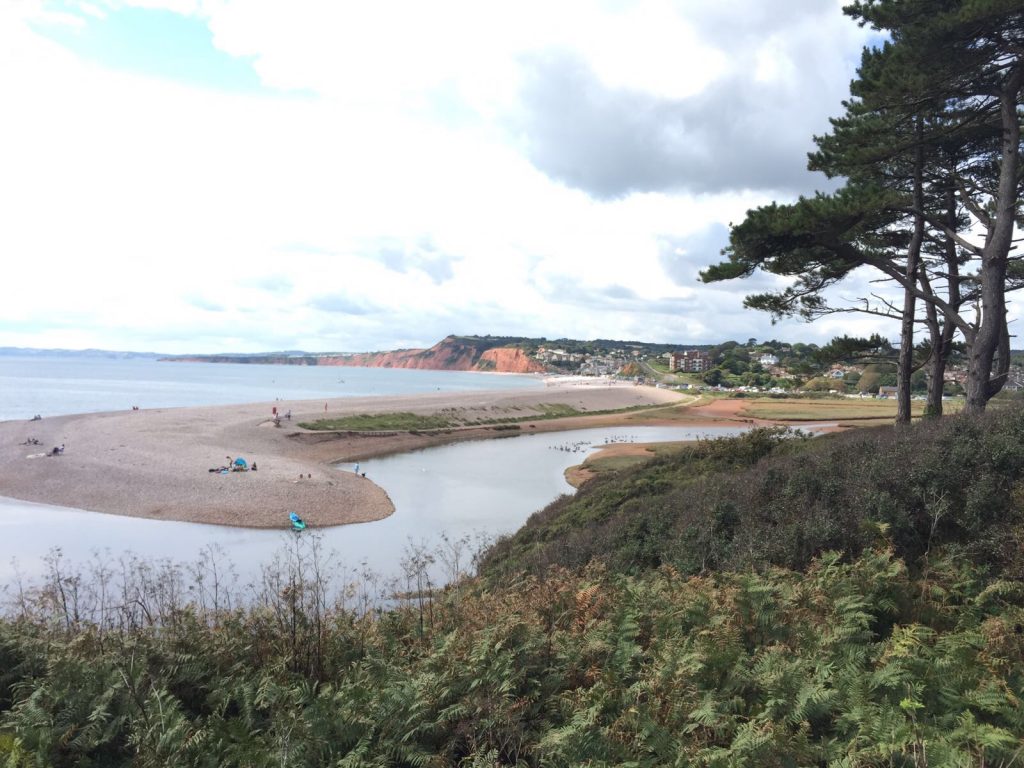 By his point it was mid afternoon and as we sat in Bertie we decided that the car park was perfectly satisfactory but a bit dull – no views – so we moved back north to Sannox where we parked up in a laybys by the picnic spot just at the northern end of the village. We could see the sea and river from here which was much more interesting. At this point Paul wasn’t feeling too good (blamed on that cup of tea) so I left him in the van to wallow while I took a walk along the bay. He managed to eat his dinner though so I think he was just a bit tired! 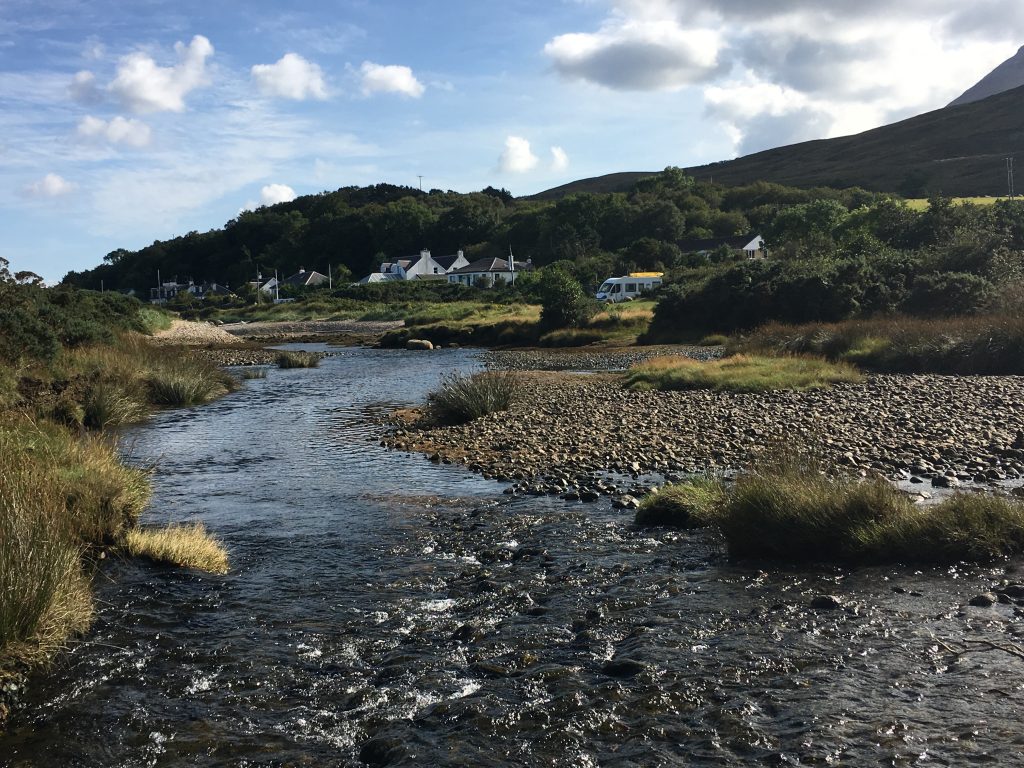 Bertie in the Sannox parking spot