Since moving into our flat our weekends have been engaged in moving stuff around, collecting belongings from our storage unit and from the loft in our rental property and transporting them to the garage of our new flat where we have been sorting through belongings old and half-remembered and trying to decide what should happen to them.

After three weeks of being away from Bertie we had become accustomed to our excess of elbow room. I always find it amazing how quickly humans can adjust to new circumstances. Ok, so our change of accommodation was not a major change compared to the upheavals that many people have to endure, but still we have settled almost too quickly to relish the ability to stretch out.

We had promised ourselves at least one weekend away a month, so it was time to load the motorhome back up and head off on a mini adventure. This felt very alien. We had been used to Bertie being full of all the trappings of our life, but now our life is in our flat and the motorhome is almost empty. We had to decide what to pack up and take with us for the weekend, a process of planning and preparation that was very different from just driving on to a new destination.

Our destination was Lynton, a small town on the north coast of Devon, so close to the coastal harbour of Lynmouth that the two are often named in one hurried break ‘LyntonAndLynmouth’. Lynton is high above the sea on the undulating North Devon cliff tops and connected to Lynmouth by, amongst  other options, the Cliff Railway that is definedly worth a trip if you haven’t done it before. 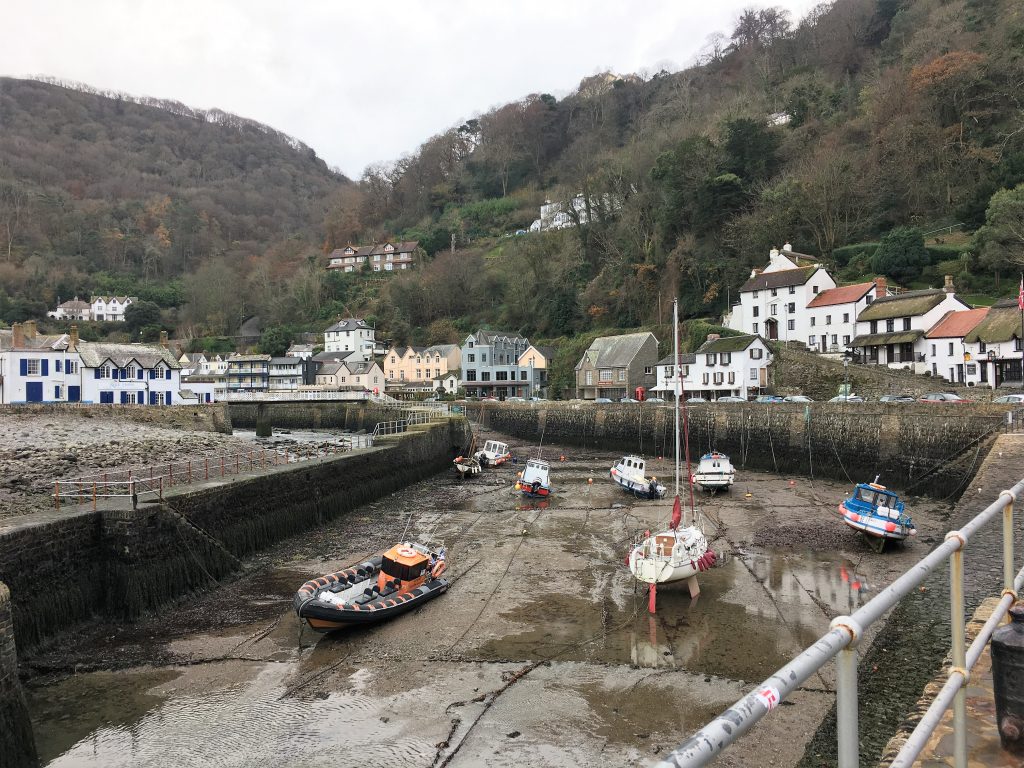 Our friends have a static caravan here and we were expecting to pitch up on the same campsite, not realising that the campsite had changed owners and was shut for renovation. No worry though, the local pub landlord was persuaded to let us park up in his carpark, all he wanted was a charity donation and a promise that we would spend some money in the pub. An easy decision for the Friday night.

We both arranged to leave work early on the Friday so that we could at least start our journey in daylight. Paul’s work van was loaded up with several bags of belongings (how we needed quite so much for a weekend, I don’t know) on the Thursday evening so that we could do a quick vehicle swap at the farm where Bertie is stored.

That’s when we had our first issue. As I directed Bertie out of our parking space I noticed that we only had one rear light. An hour later we were no clearer as to the source of the issue; the bulb was fine, no fuses had blown and the wiring seemed to be intact (not mouse chewed as we feared). Paul ended up wiring the non working light from the working light. A good job too as it was now dark and Paul was working with a head torch.

Slightly stressed we set off for North Devon. It’s not a difficult route, but the main road across Exmoor was closed and so we had to take a long detour around through Barnstaple and along the winding and hilly A39. Here we had our second issue as a large van knocked wing mirrors with us. The A39 is wide enough for two vehicles but two large vehicles need to slow down to pass safely. I’m sure that we should have slowed down more than we did, and our opponent (well it did feel like a joust) was obviously trying to get home in a hurry. The glass in our mirror was hanging by a couple of wires as we found a layby to pull over into where we could apply electrical tape to bind it all back together.

When we finally got to our parking spot we were definitely ready for a few drinks in the pub. We had a lovely time catching up with our friends, followed by a long walk along the scenic cliff path the following day. We cut our stay short though, with our MOT looming we wanted to get home and make sure that Bertie was in good condition. 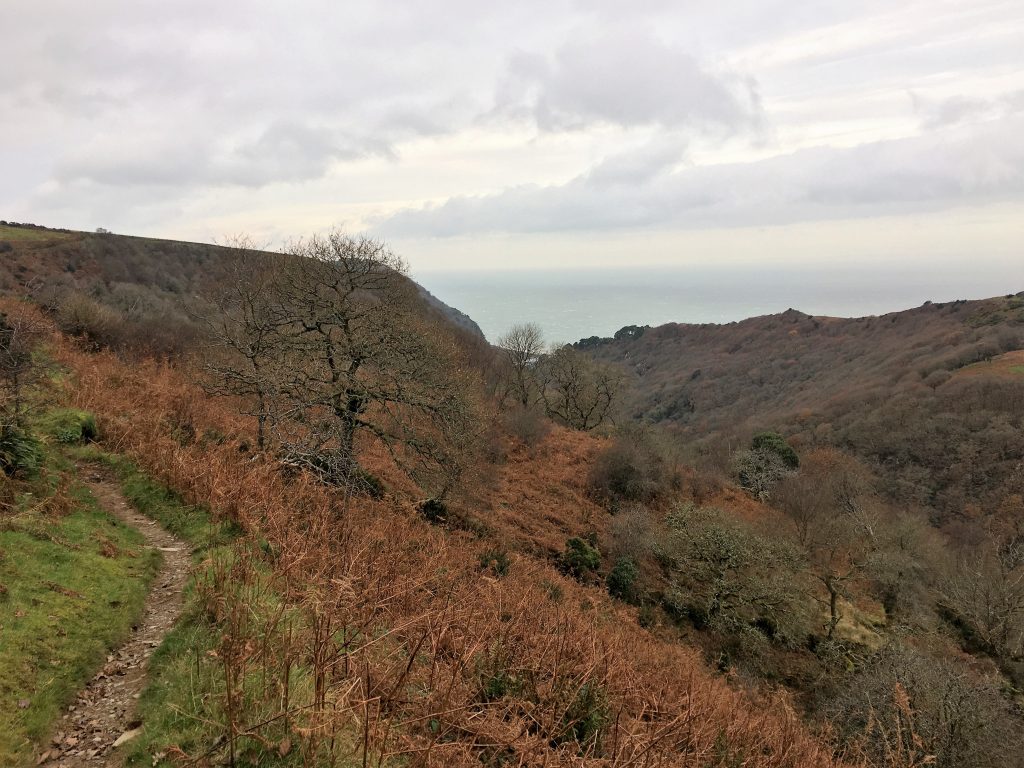 Walking the coast path above Lynmouth