The next stop for us was the Mendips. We were due to spend a couple of days with Aaron and Kate before they flew out to Morocco for a well deserved break.

Unluckily for them Aaron was told at the last minute that he’d been nominated for some additional training that meant their holiday was going to have to be cancelled. Luckily for us that meant we got an extra couple of nights with them.

We stayed at Cheddar Valley touring park, Aaron and Kate stayed in a static van on the same site. Next to a caravan club site, this was much better value and the staff very friendly and accommodating with our change of plan.

We did an extended circular walk around Cheddar gorge with Aaron and Kate, followed by a bit of tourist shopping and beer drinking. The last time I was in the Mendips was when I was at university, I was a member of the university caving club (LUSS – Lancaster University Speleological Society) and we had a little trip underground at Swildon’s Hole. Visiting the tourist caves didn’t hold much appeal for me, and the price didn’t appeal to anyone else either, so we contented ourselves with a lot of cheese tasting (and buying). 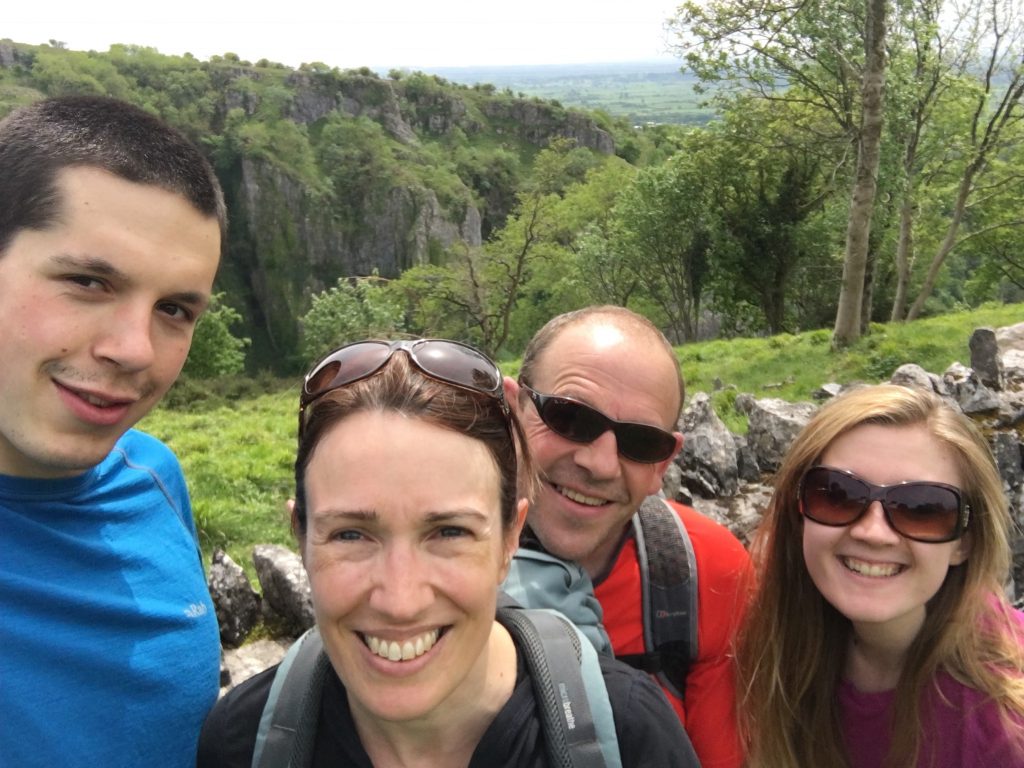 As we walked back down into Cheddar we had a minor drama as we met a couple and their two dogs walking up the steep section from the village. One of their dogs, an elderly poodle cross, took it into her head to follow us downhill and nothing could stop her. In fact she then bounded ahead of us and much to everyone’s consternation went off piste as she tried to find a way across the wall and back onto the main road. Luckily, between us and another couple we managed to get her reunited with her owners, who sternly told her that she wouldn’t be allowed off the lead again.

The next day we took advantage of Aaron’s (brand new) car to go further afield and visited Brean Down. The peninsular here has some interesting features including a Napoleonic fort and Second World War fortifications which fitted nicely with Aaron and Kate’s RAF interests. 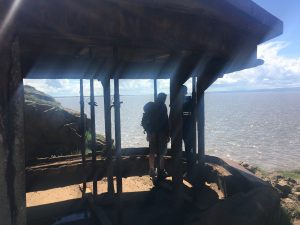 Some of the Second World War fortifications 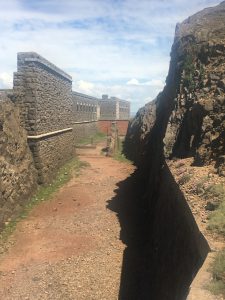 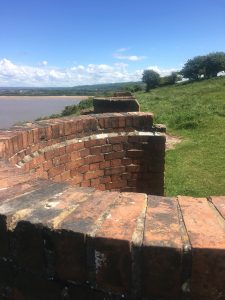 1 thought on “A flying visit”