Our final day in the Mendips was spent on our own as Aaron and Kate went to the Fleet Air Arm museum to take advantage of their free entry.

We decided to do the Strawberry Line cycle route to Clevedon. We knew it was going to be a grey day, so we’re prepared for rain. But it rained! By the time we got to Yatton we’d had enough and turned round to go back, after all it would still be a 24 mile cycle, even if it was all on pretty easy cycle track.

On the way back a rare spot of blue sky and sunshine appeared at the same time as we cycled past the Thatchers mill in Sandford, buoyed by a sign of improving weather we decided we would stop for a quick one. Cider really is Paul’s favourite alcoholic drink and it would be rude to pass by without stopping.

Well then the rain started again, so why would we move on – a second pint was ordered. And then we realised that Exeter Chiefs were playing their premiership semi-final against Sarries. The phone was propped up against the menus and we started to watch a very close game. A third pint was ordered to see the match through to a very exciting climax, and Chiefs won! Chiefs! Chiefs! Chiefs!

When we finally left, powered by three pints, the rain didn’t bother us. 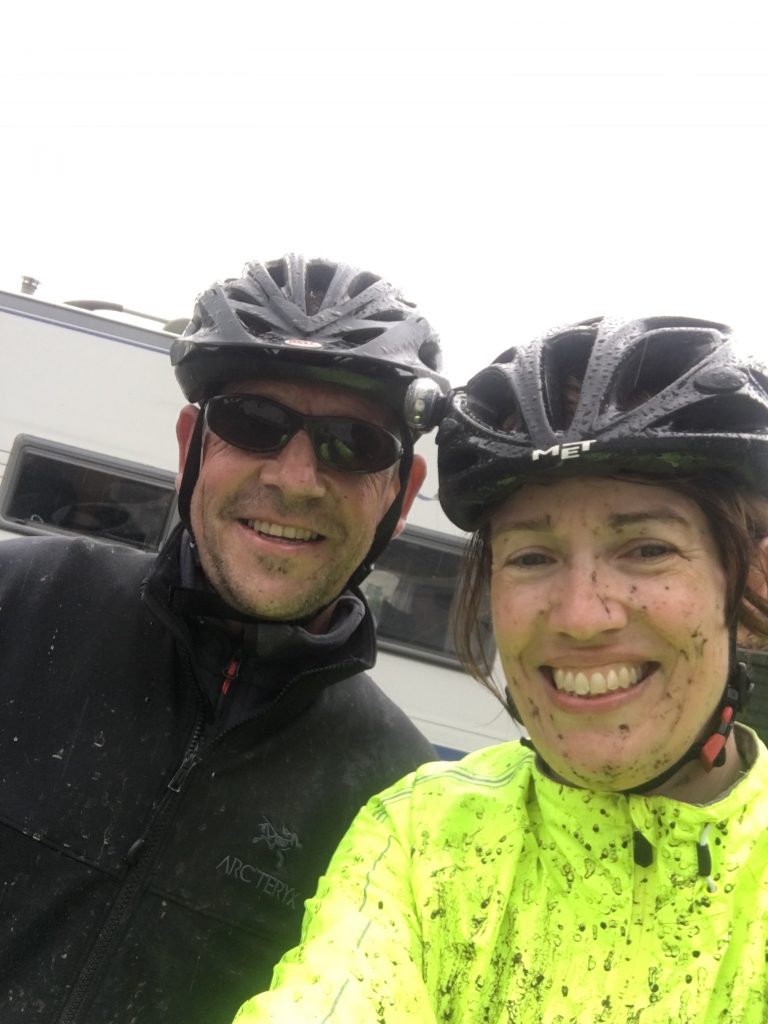 ps I don’t drink Cider (evil stuff that has an aftertaste of vomit – or maybe that’s just my teenage memories) so I had a beer or two instead.