When we got on our bikes the following morning it was with the intention of heading east and exploring the nearby WWF nature reserve. But first of all we had to cross a river. At one point we crossed a canal, thick with reeds and noisy with the burbling of frogs. We thought it was the river but a check of the map revealed we hadn’t gone far enough.

When we found the river we followed it’s bank northwards on a farm track, hoping to find a bridge used by one of the many farms in the area The only thing we found was a railway bridge until we got to the main road. As the main road was the equivalent of a motorway I wasn’t happy to cycle on it – and besides it probably wasn’t allowed.

A quick look at google showed the nearest bridge that was suitable was 14k upstream, of course there was always the possibility we might find that elusive farm bridge but we decided it was time to change our plans. So we set course for the inland town of Nova Siri. At this point I managed to get another puncture which needed a roadside repair, my inner tubes look like they have measles.

We cycled under the main road and got onto the Strada Provincial that heads to Nova Siri. The road inland was quiet, a gentle but consistent uphill along the side of a ridge. The landscape was mostly farms, cherry trees thick with blossom and pear trees starting to bud but vines still looking bare. The verges of the roads were colourful with spring flowers, reds, oranges, yellows and purples. Farm dogs grew excited as we passed, chasing us down their fence lines but well trained to stay inside their territory. 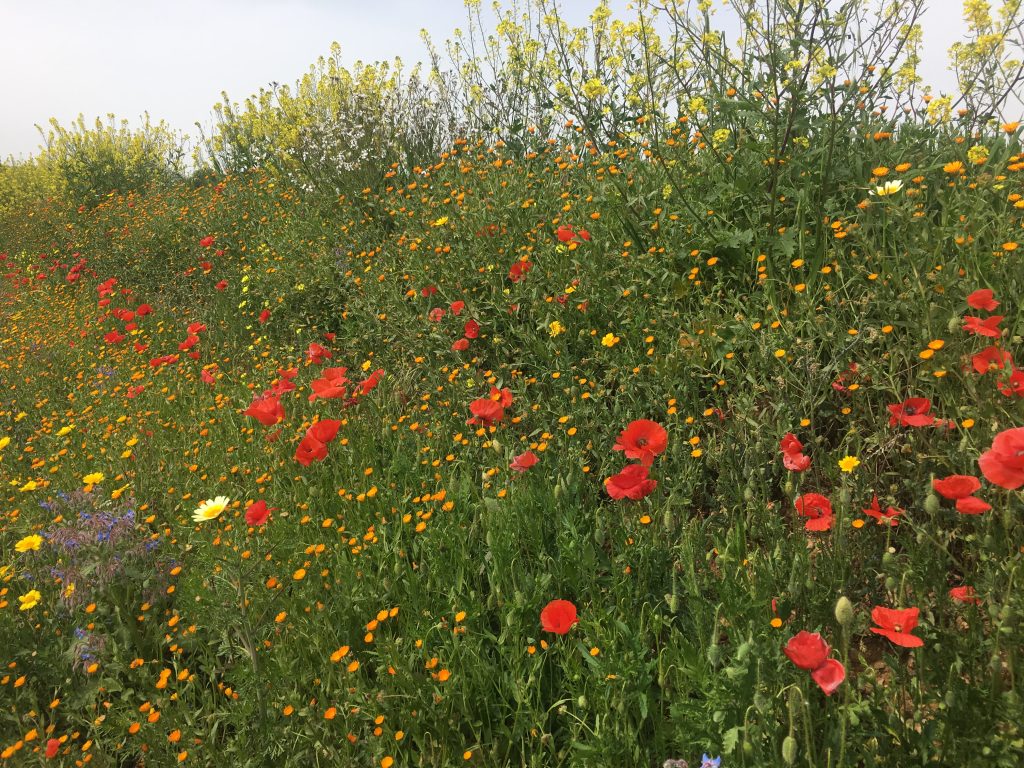 Colourful verges on the road to Nova Siri

As we approached Nova Siri we branched off to the right on a closed road and past a small church. Then finally we went up into the pretty little hill top town. In the distance the higher town of Rotondella looked inviting but we fought off the temptation to go that far, instead we rode downhill out of Nova Siri and this time followed the valley south. We took the Contrada Grotte del Carmine along the valley next to a river still singing with the frog chorus. We had to cycle up switchbacks out of the other side of the valley for a while before we re-joined our outward route where the underpass took us below the main road. 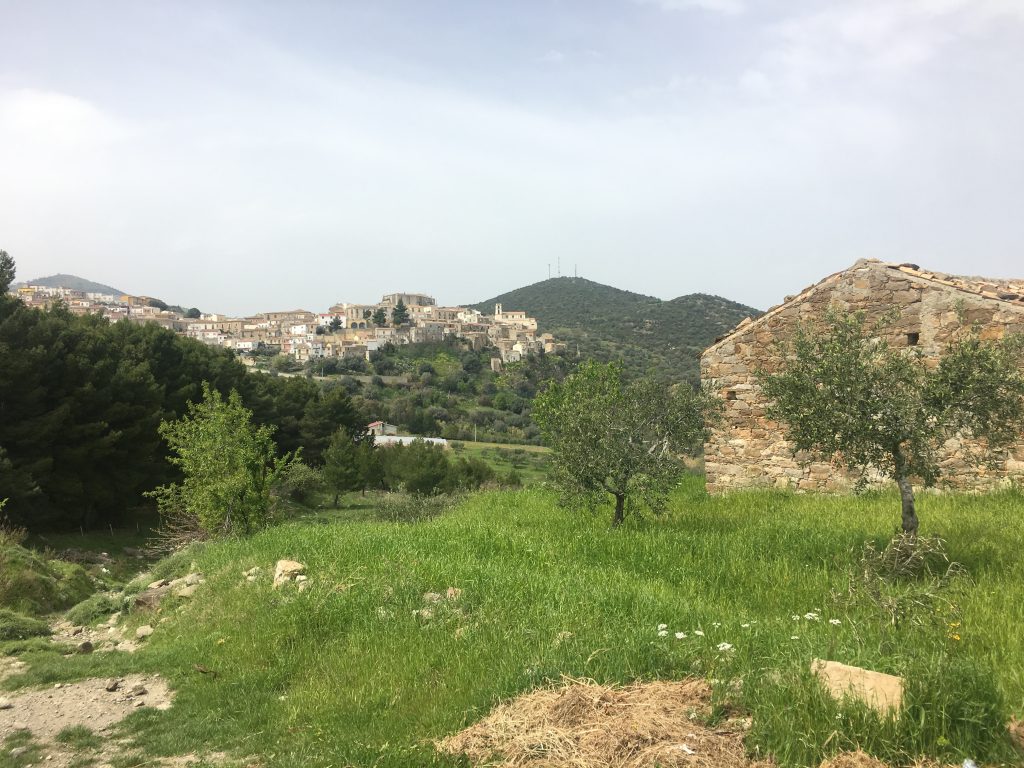 The hilltop town of Nova Siri, a far cry from the beachside resort with it’s modern grid layout

Once back closer to Bertie we spent a while pottering on our bikes around Nova Siri Scalo trying to find a shop that might be open so we could buy some bread. Nothing was open over the extended lunch period so we changed our plans for dinner. Italy, similar to Spain, is wedded to an extended lunch break (sometimes as long as 12:30 – 16:00) when only cafes and restaurants and large supermarkets seem to be open, down in this sleepy holiday resort it was eerily quiet. Later that afternoon everyone was back out for their early evening passegiata down the seafront.

That evening we decided to stay put for a second night, serenaded for the evening by the strangely mechanical car alarm hooting of Scops Owls in the pine forests behind us.