We were aiming for the village of Ripe where we hoped to walk the Gole del Salinello. After a supermarket stock up we headed north, taking a scenic route towards Ripe. Our route was thwarted though with 3.5T limits. The limits excluded buses so we could only conclude that there was no physical reason why larger vehicles couldn’t use the roads, but that the village didn’t want to get clogged up with trucks and big old motorhomes like Bertie. We didn’t want to cause any problems so we drove on and found somewhere to pull over so that we could revisit our options.

Our guidebook had lots of walks, but they would either mean turning back to go Ceppo, where there was a campsite, or finding our way up small roads and tracks to find their start points. Trying to work out possibilities was making our head hurt, so we looked at motorhome parking spots closer to Ripe. Maybe we could get a bus?

We ended up in Civitella del Tronto, parked on a mixed car park underneath the medieval borgo and a huge fortress. The fortress was originally commissioned in the sixteenth century by the Spanish king to guard the border between the Spanish controlled ‘Sicilian’ states of Italy and the Papal states. We enjoyed walking around the narrow streets of the town and then visiting the Fortezza itself, which is impressively situated and worth visiting for the views alone. As well as enjoying the commanding views of the surrounding mountains and plains you can explore the buildings of the fort, barracks, chapel and cisterns, large parade grounds and various passageways. At the western end of the fortress you can walk around the walls that were rebuilt after lightning struck the powder magazine that was housed at it’s far end. Our walk was accompanied by the sound of a brass band practising in the church below us. 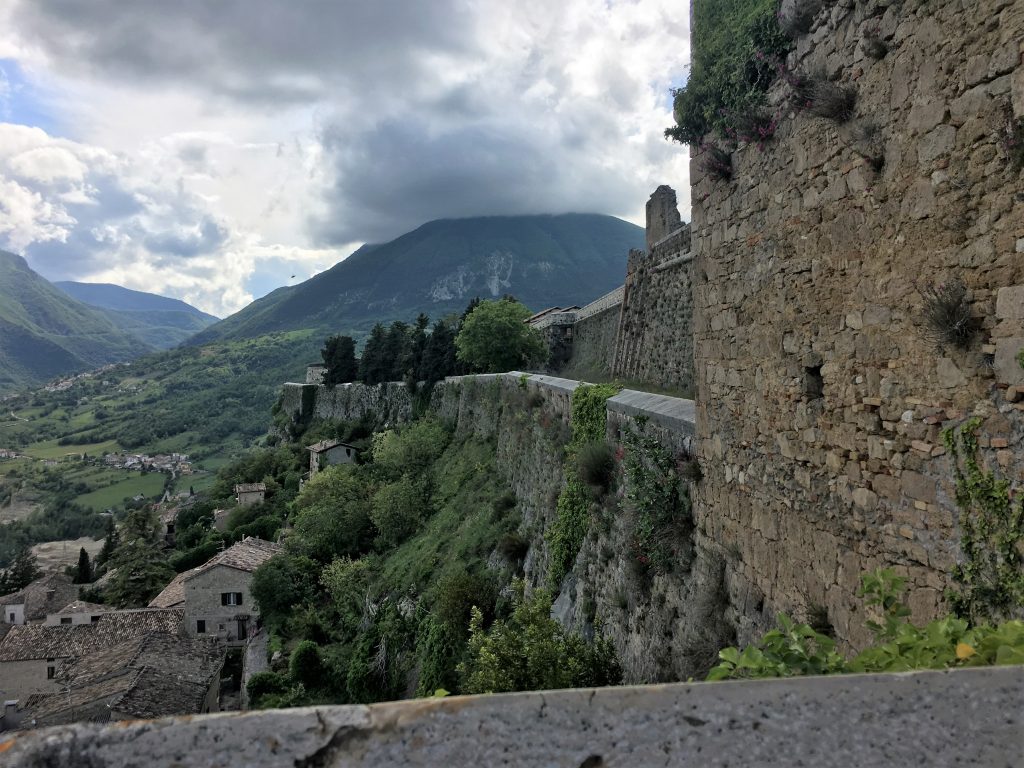 View of the Monte della Laga 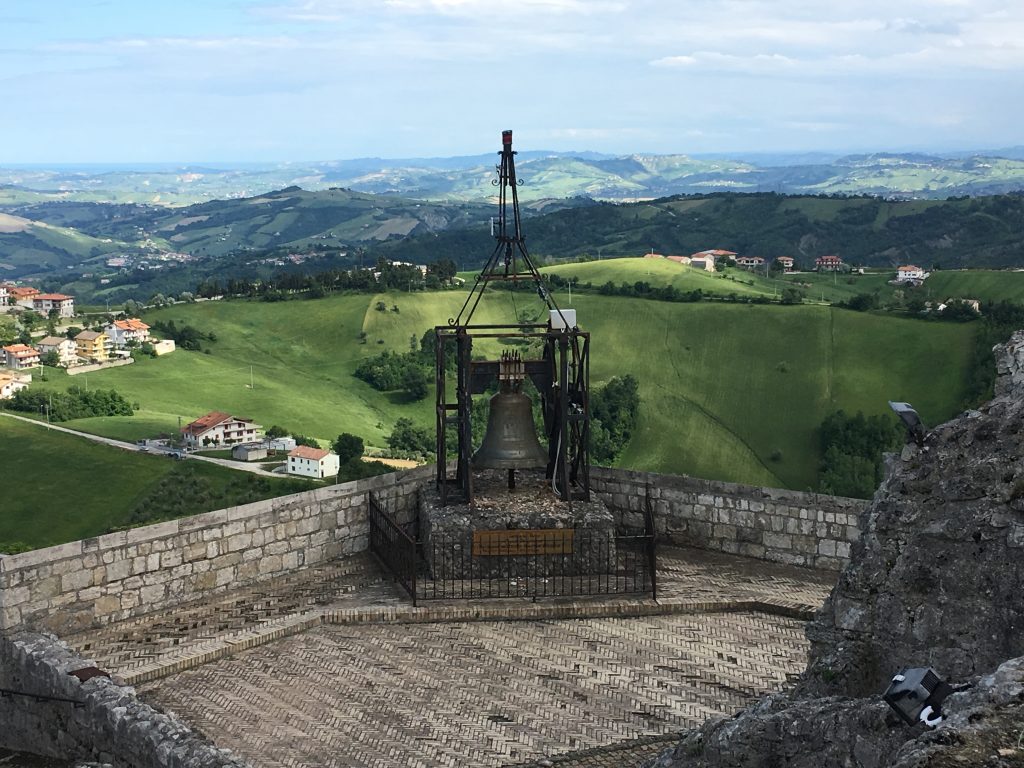 The Bell to the Fallen, presented to the town in 1970 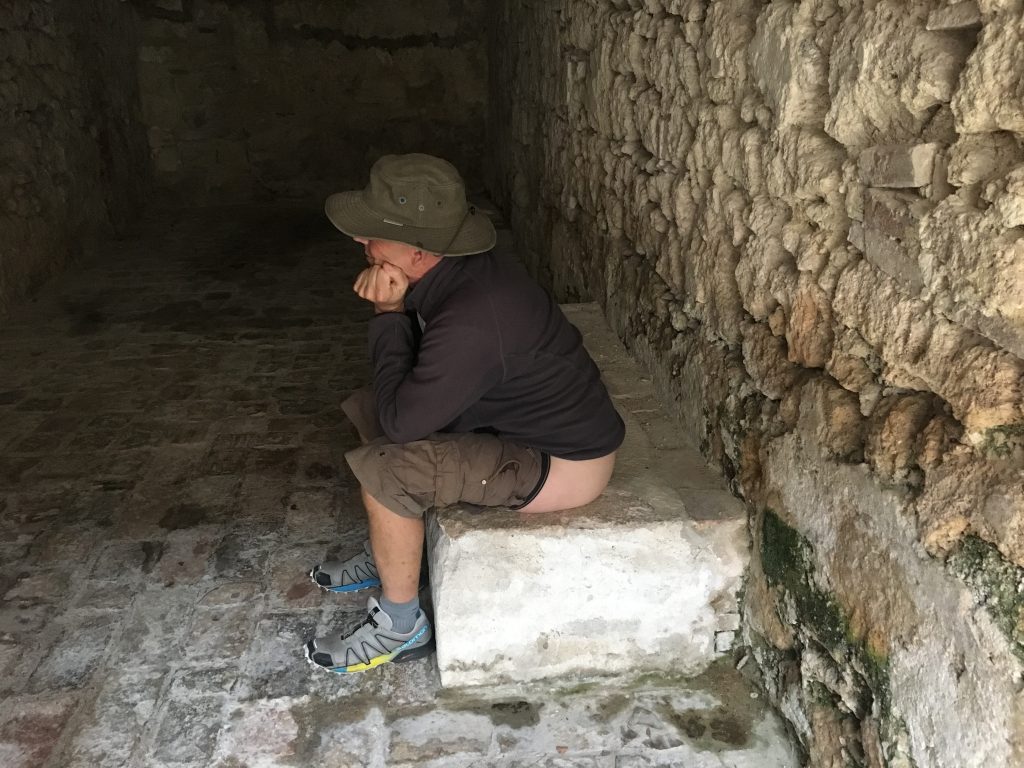 Paul making use of the barracks facilities 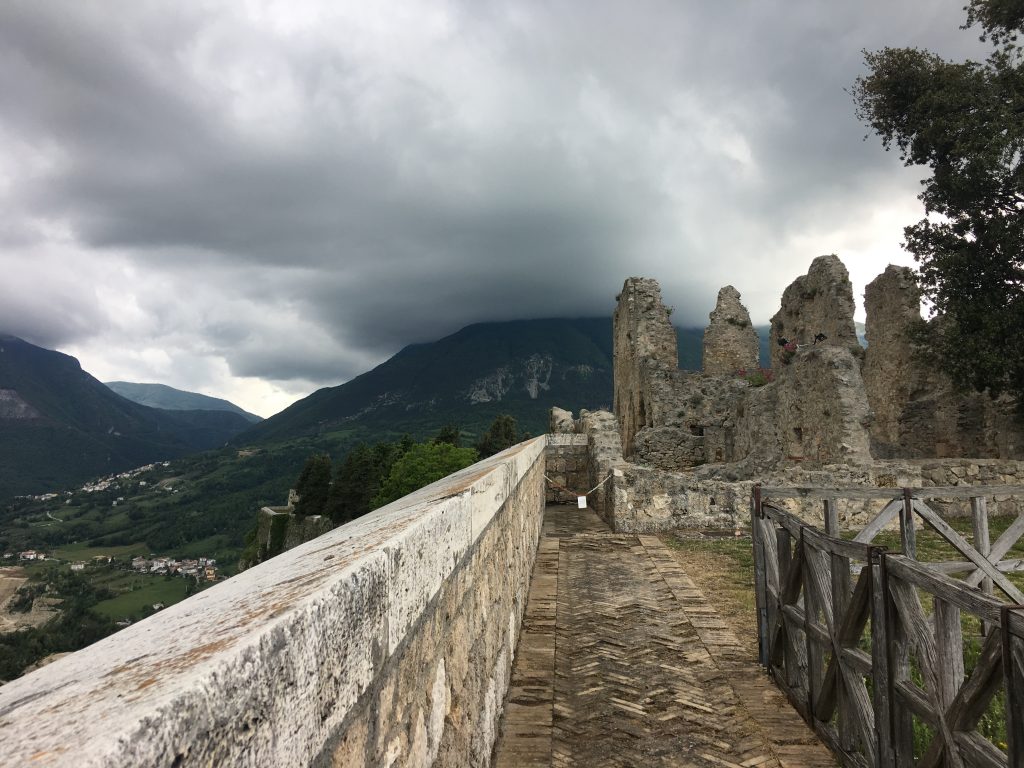 Ruined buildings on the fort 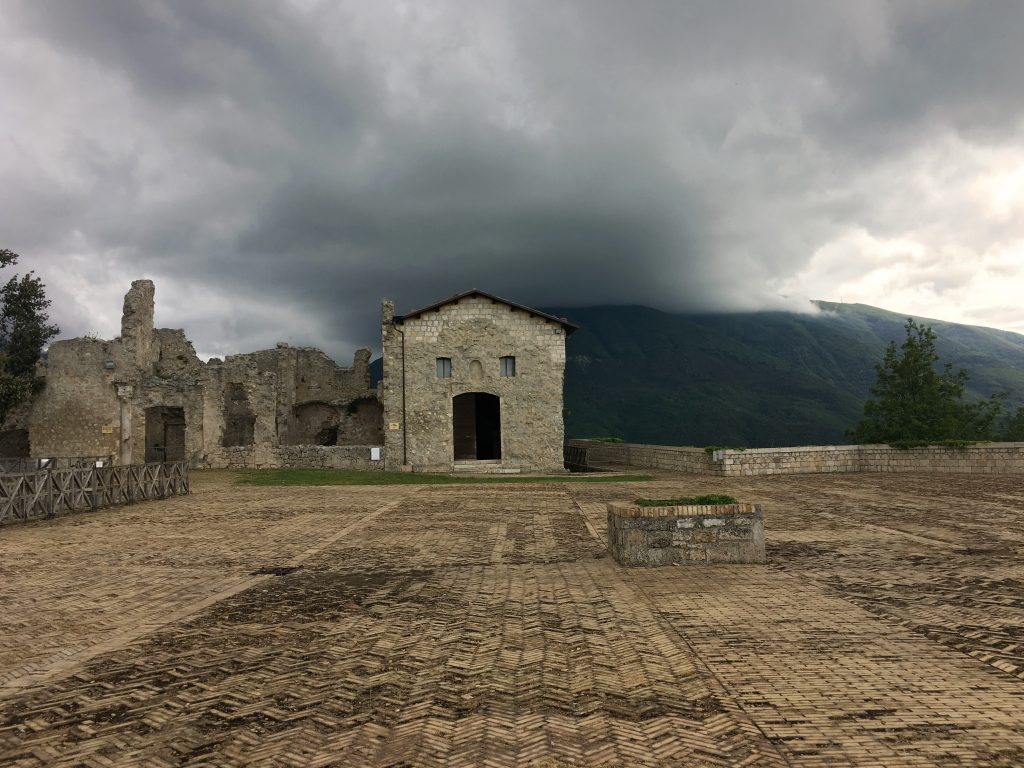 The Church of St James

In the town we found many buildings had been subject to earthquake damage, but it was still a lively little place and had lots of visitors. Later that evening we were in Bertie when we heard music and fireworks from above. We would have gone to see what was going on….but it was raining quite heavily and being dry took priority. 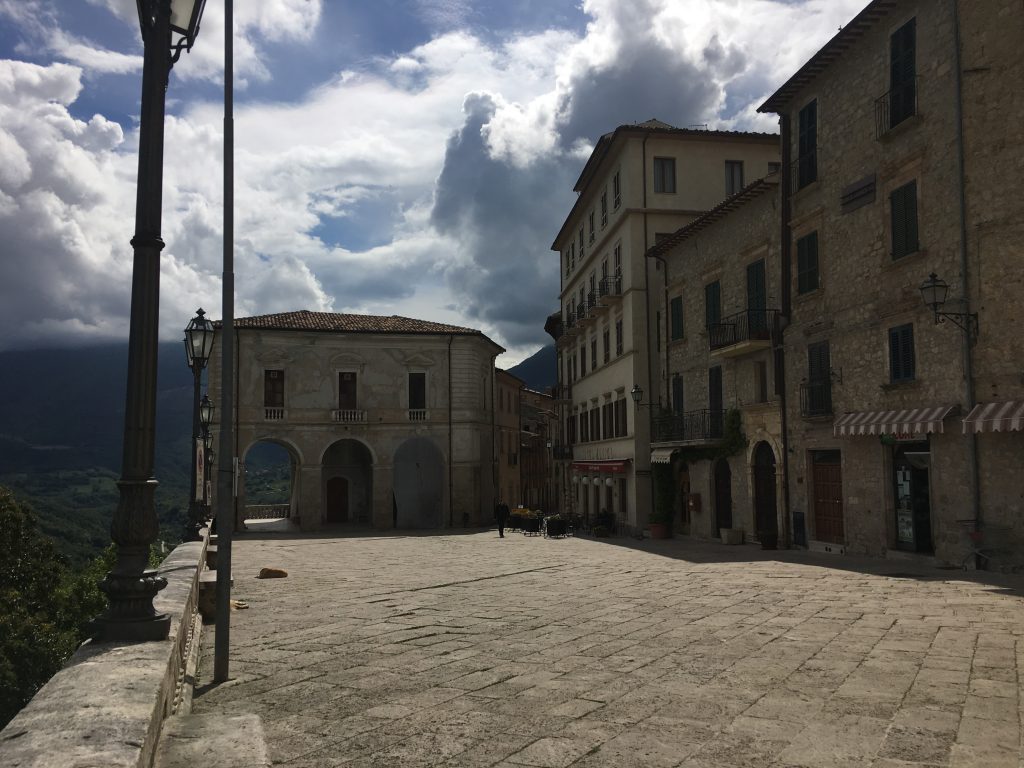 Town square, quiet when we arrived during lunch, but busy in the early evening 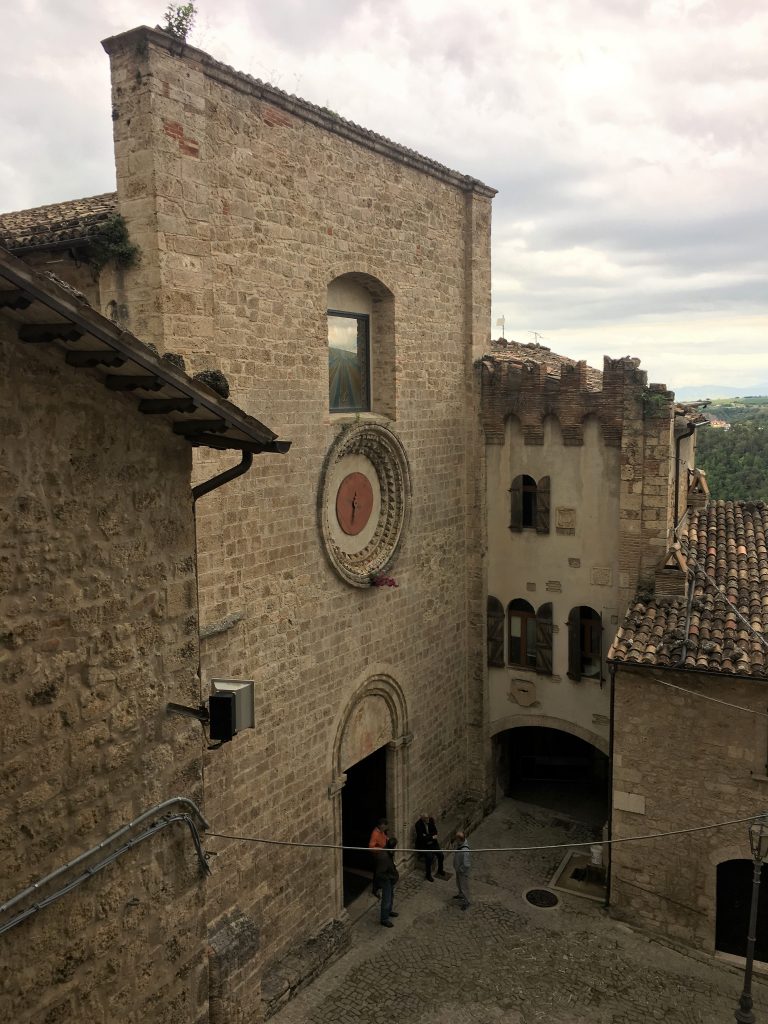 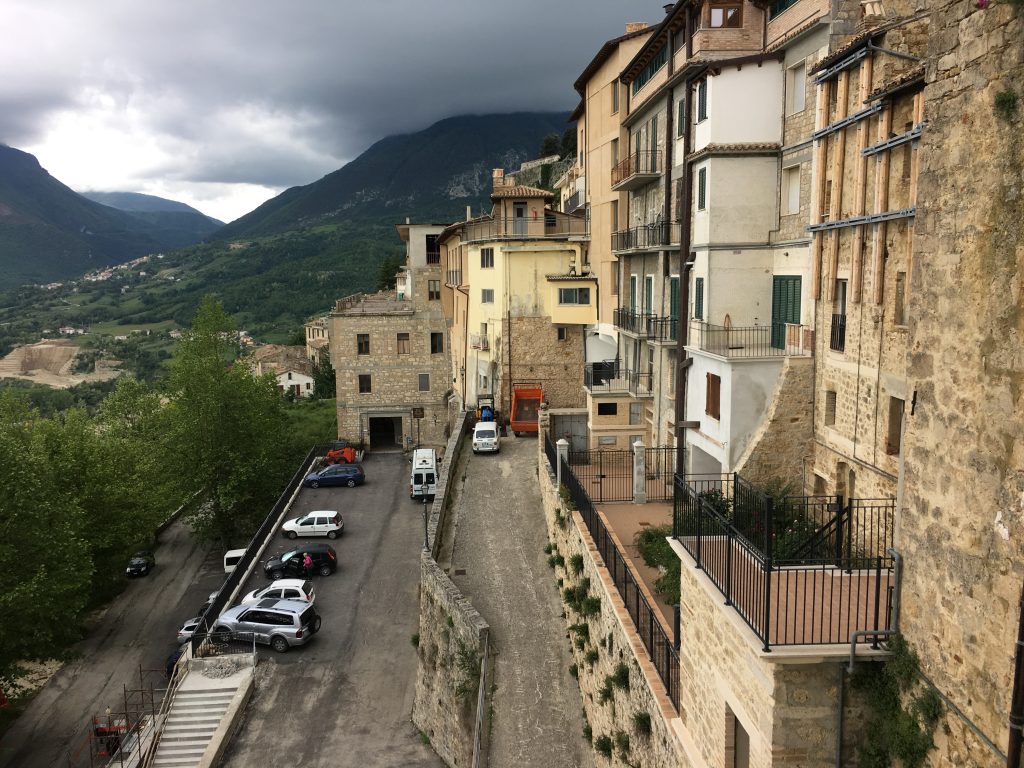 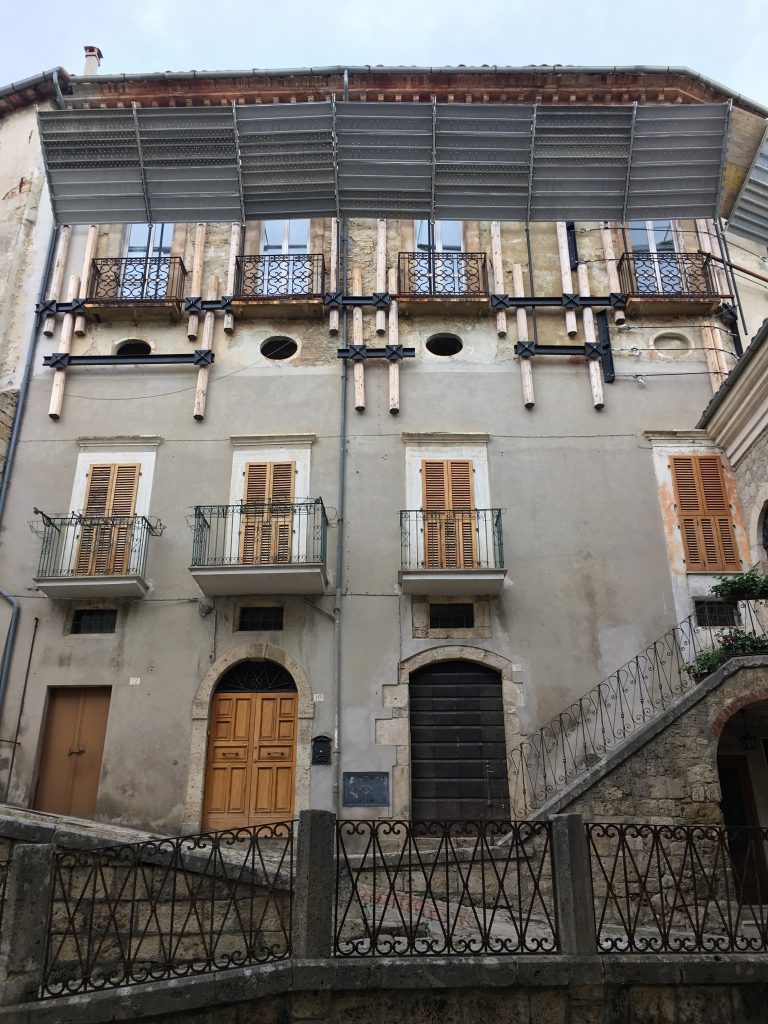 Earthquake damage to this lovely building – note the reinforcement to the upper storey and the construction to stop any parts of the façade from falling on people.

This had been an unexpected stop, but had made up for our disappointment of not getting to Ripe.