Through France and Spain we had avoided toll roads. When we reflected back we decided that it hadn’t necessarily been the most sensible decision; it had been fine to avoid tolls when bumbling slowly through an area, but when we wanted to travel long distances we ended up travelling inefficiently. In Portugal we decided that we would consider toll roads if they made our journey easier or more efficient, we would still avoid them for shorter distances but if we found ourselves in a situation, for example, where we wanted to travel south quickly to avoid bad weather then we would consider them.

Portugal has two toll systems. The first is the usual ticket booth system where you collect a ticket when you enter the main road and then hand in the ticket and payment to a machine or person as you exit the road. There is an automated solution for these toll roads (called Via Verde) but we didn’t investigate it as we didn’t think we’d use them enough to warrant it. The second set of toll roads levy charges through automatic number plate recognition (known as EASYTOLL) and you need to be registered. Having read numerous forum posts on the subject we knew that many people didn’t bother to register, and that the Portuguese authorities didn’t tend to follow up or fine them, but we didn’t want to be a potential example case so we wanted to either register or to avoid those roads. As luck would have it we were close to one of the four on-road registration areas (you can find them here) , so we were able to drive up to an automated machine, get our number plate read and register a credit card for payment. Now we know we are legal for the next 30 days and have the receipt to prove it.

We drove to Viana do Castelo and parked up at an official motorhome parking behind the beach. Unexpectedly there was a motorhome service point here, not that we needed it having just left a campsite. We went for a walk along the boardwalks through the dunes and sat and watched surfers playing in the waves. It was a pleasant enough place but we weren’t in the mood for roaming through the town and decided that we should head inland that evening rather than wait till the following morning. 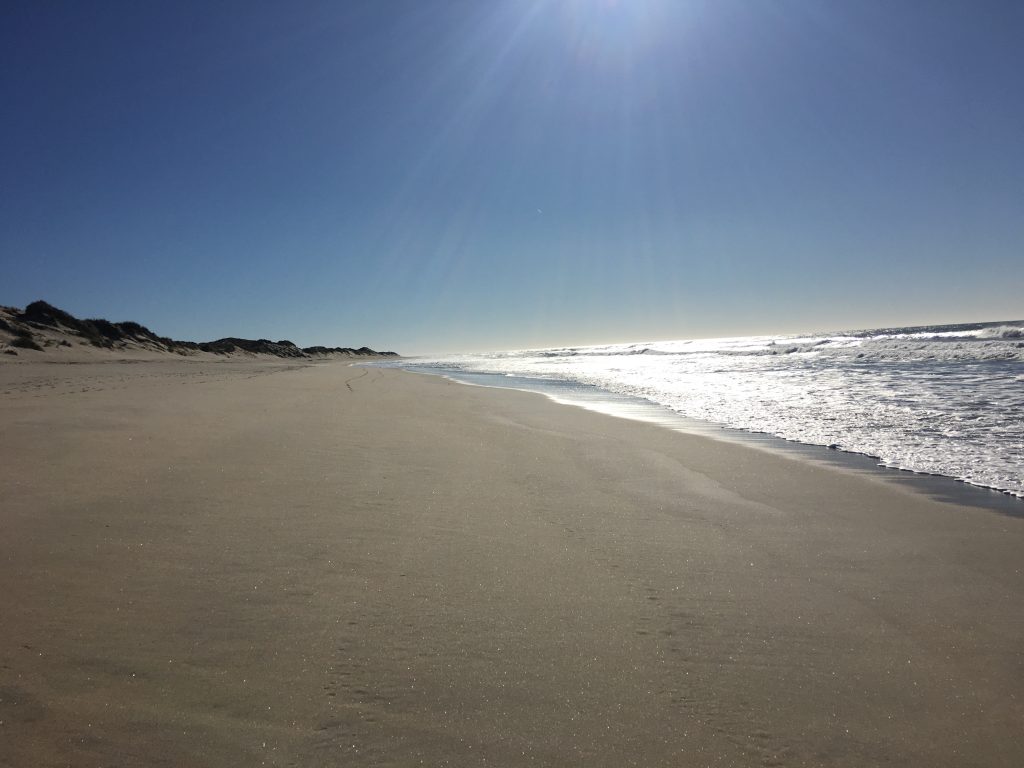 Glorious sunshine on the beach at Viana do Castelo

So we took off for Ponte de Lima. This town is known for it’s bridge over the river Lima and an apocryphal story about Roman legions crossing the river; apparently the foot soldiers were superstitious about crossing the river as they thought it was the river Lethe and they would lose their memories, so the officer crossed the river first (on horseback of course) and then called each soldier over by name in order to prove that he still remembered them, I think the soldiers just didn’t want to slog through a wet and muddy river on foot and the officer called their bluff rather expertly). The town was very attractive with cobbled streets in the centre, medieval towers and views of the bridge and riverbanks. When we arrived on the Monday it happened to be having it’s fortnightly market in the large parking area by the river, so we had to find somewhere else to park until the market had packed up. It wasn’t too difficult to find some on-road parking slightly out of town and we were able to wander around for a couple of hours as darkness fell and the market stalls were dismantled. 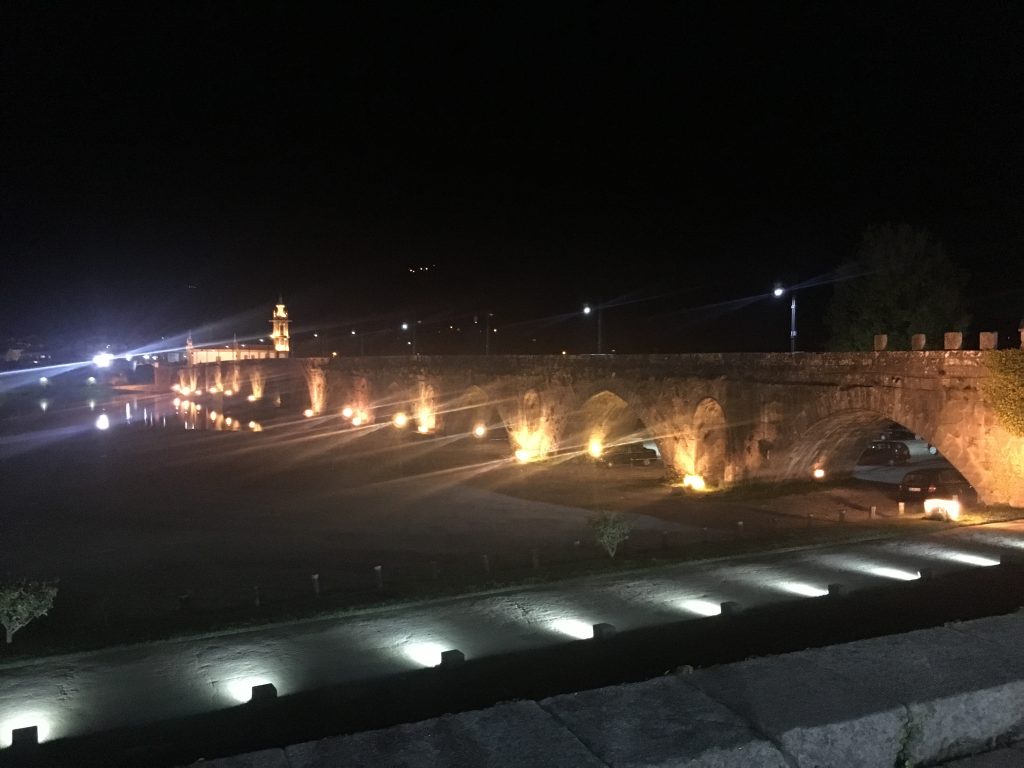 The medieval bridge at Ponte de Lima lit up at night

Finally we were able to drive along the cobbled street along the riverside and descend the ramp onto the rough ground of the parking area where we could settle down for the evening. We took another turn around town, this time crossing the bridge amongst the evening joggers and getting a closer look at the chapel on the other side of the river.