Portugal has a number of national bike routes – Ecovias, Ecopistas and Ciclovias. Ponte de Lima was on the route of one of them and we followed it upstream and along it’s south bank to Ponte de Barca where there was another bridge over the river. 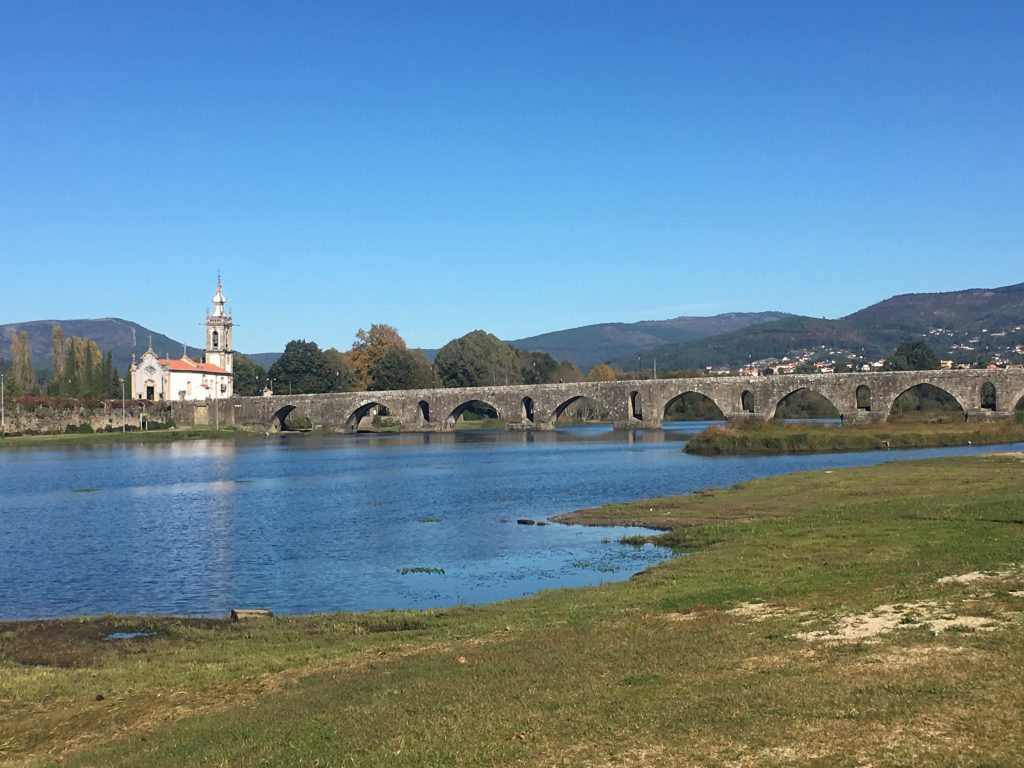 The morning view of the Ponte de Lima, a medieval bridge built on Roman foundations 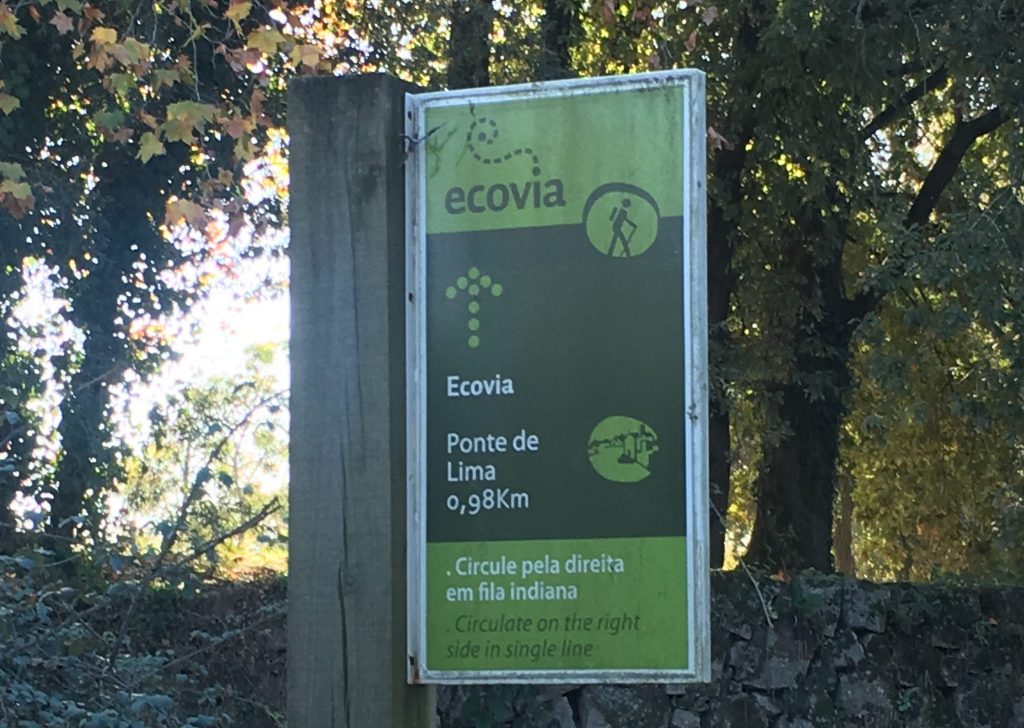 We found the route markers by cycling under the bridge, but almost immediately had to deviate from the pedestrian route because it had steps down to the river bank. Our deviation took us along tracks through allotments and small vineyards before we rejoined the river. 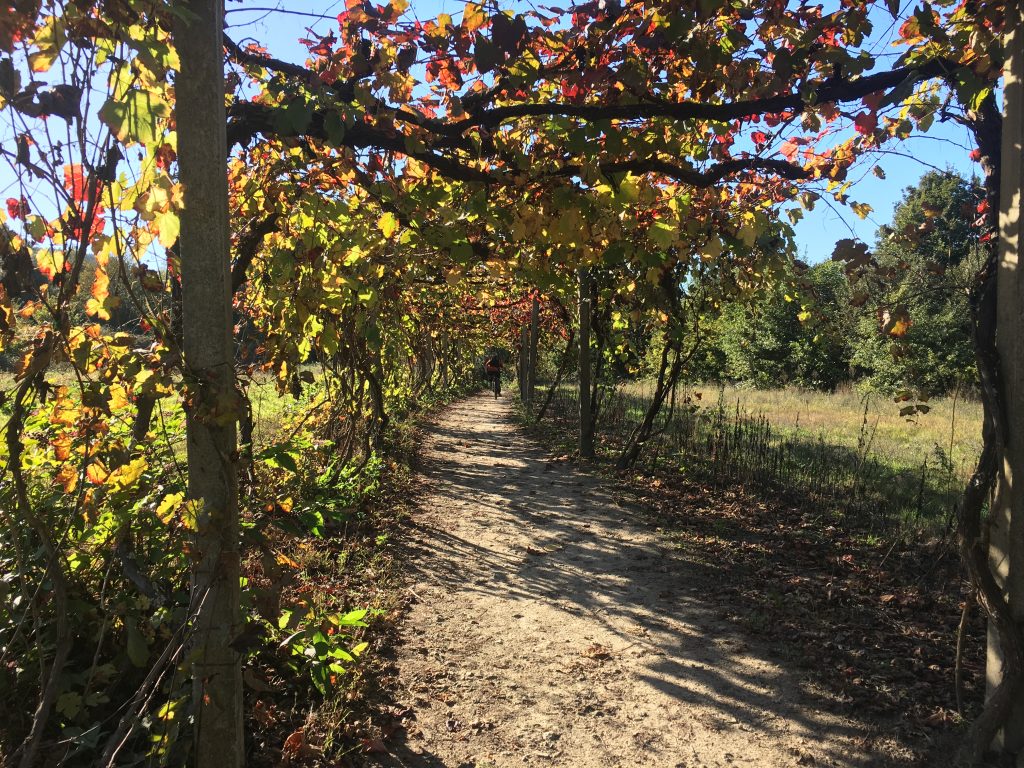 Cycling through an avenue of vines

Disused mills and empty millstreams dotted the sides of the wide and placid river and at one point the main road bridged the valley high above us. 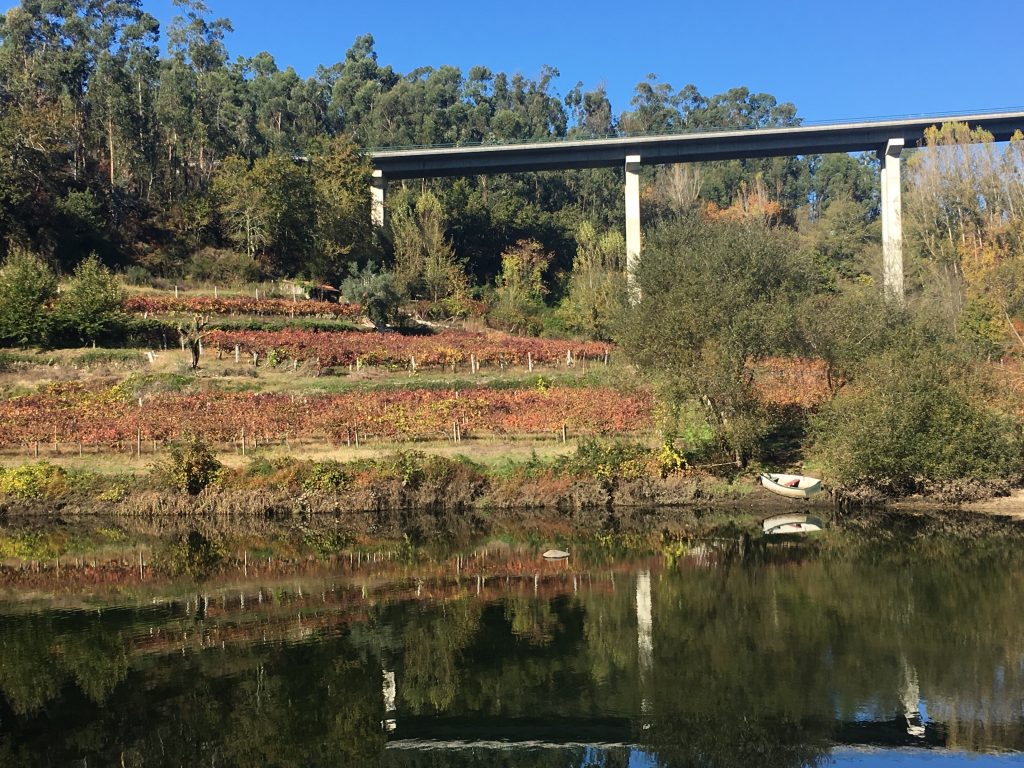 Vineyards overlooked by the modern bridge of the main road

We enjoyed the blue skies, bird song and clear reflections of autumn colours in the calm waters. 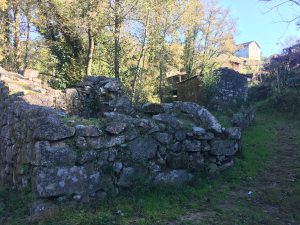 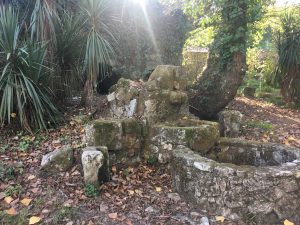 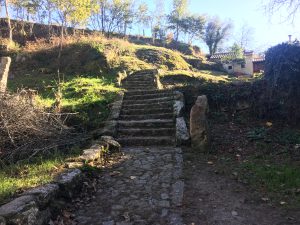 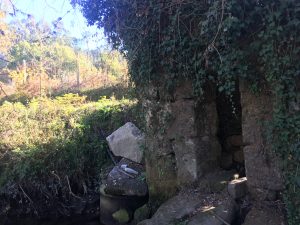 At Ponte de Barca we considered crossing the river and trying to find a route back along the other side, but it seemed to mean a deviation away from the river along roads before it rejoined the river bank, and as the river bank was the main feature of this ride it looked more enjoyable to just retrace our route back to Bertie. 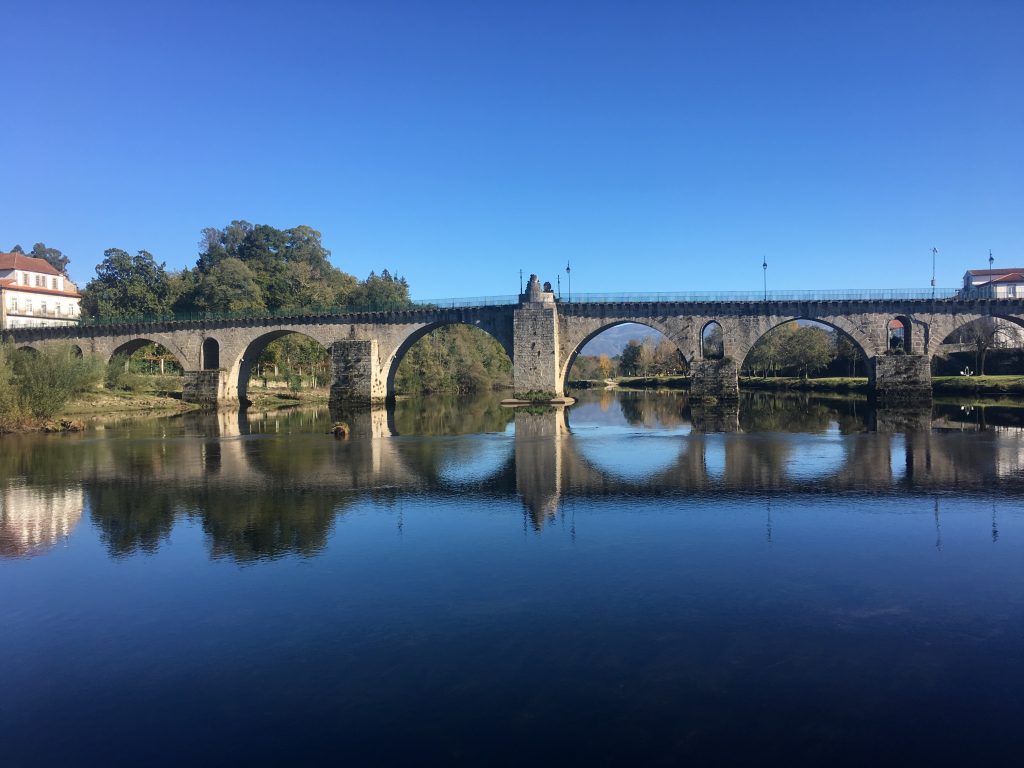 It had only been a relatively easy 20 mile ride, leaving us plenty of time to move on to our next destination, which was lucky for us as we had a trip into the mountains of the Parque Nacional Peneda-Geres, Portugal’s only National Park.

We followed roads up into the hills, winding higher and higher up switchback roads as we approached the village of Vila do Geres. The roads were in good condition with no single track lanes so everyone was happy until we realised that the sat nav was not taking us the direct route that we’d looked at on the map. For some reason it wanted to take us to Campo do Geres and then across the hills on a windy single track road, I think because the sat nav was set to fastest route and this was the way with least speed restrictions. We started gamely up the single track road until we got an odd look from a shepherd, at that point Paul decided that we should stop and check out our alternatives. In the end we turned round and went back down to the large lake created by the hydro dam on the Cavado river where we could take the direct route to the village, although the sat nav insisted all the way that we should turn around. Turning around on the single track mountain road was interesting, especially as Bertie doesn’t have a big nose – the view from the cab at the edge of the road was buttock clenching.

Finally we made it to the village where we parked up in a good sized parking area and were able to indulge in a stiff drink. The sun was just starting to set and we were glad we hadn’t been forced to make any of our navigation decisions in the dark, although it may have made turning round less nerve-wracking.