We were staying at a large paid aire at Foz do Arelho. This area of parking nestled between the coast and the Óbidos lagoon and was very busy with motorhomes. Because we didn’t want electricity we managed to nab a spot on the front looking out over the lagoon, an unforeseen advantage of solar panels.

After all the rain the previous day the weather had improved and we decided to go on a bike ride. We thought we would try to cycle around the lagoon. We knew we couldn’t make it a circular route as the lagoon is not completely separated from the ocean, but we could do a horseshoe there and back again. There are cycle routes down each side of the lagoon and it didn’t seem like it would be too difficult to join them together. 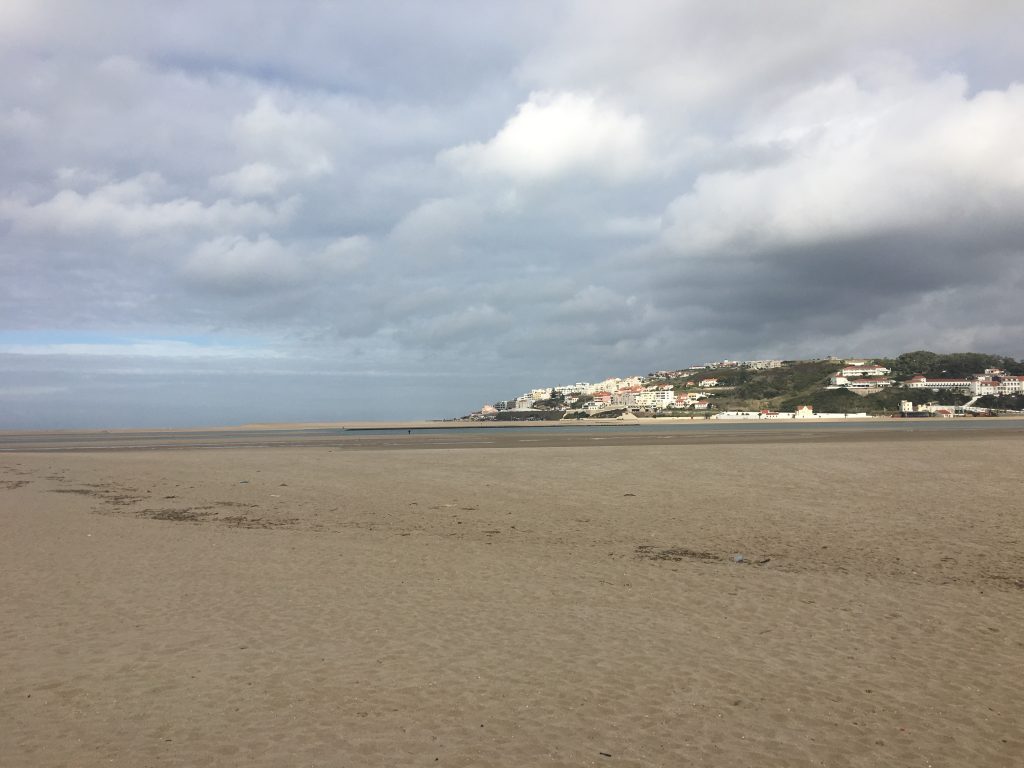 Looking towards the village of Foz do Arelho

Joining them together was a bit of an adventure as we tried to head down tracks rather than roads. We didn’t manage it on the way out but on the way back we found it easier to track the edge of the lagoon most of the way, including one narrow path that we followed along the lagoon shore. At one point we encountered a herd of goats and sheep; the herder whistled and they moved aside and let us through – very well trained!

The lagoon was very attractive, we saw loads of wetland birds as we cycled around including pale pink flamingos sitting on a sand bar. Having to join the different cycle routes together meant we cycled through a village, crossed farmlands and navigated through a vineyard giving us a bit of variety of terrain. The previous day’s rain left us mud spattered with the claggy white clay of the tracks. 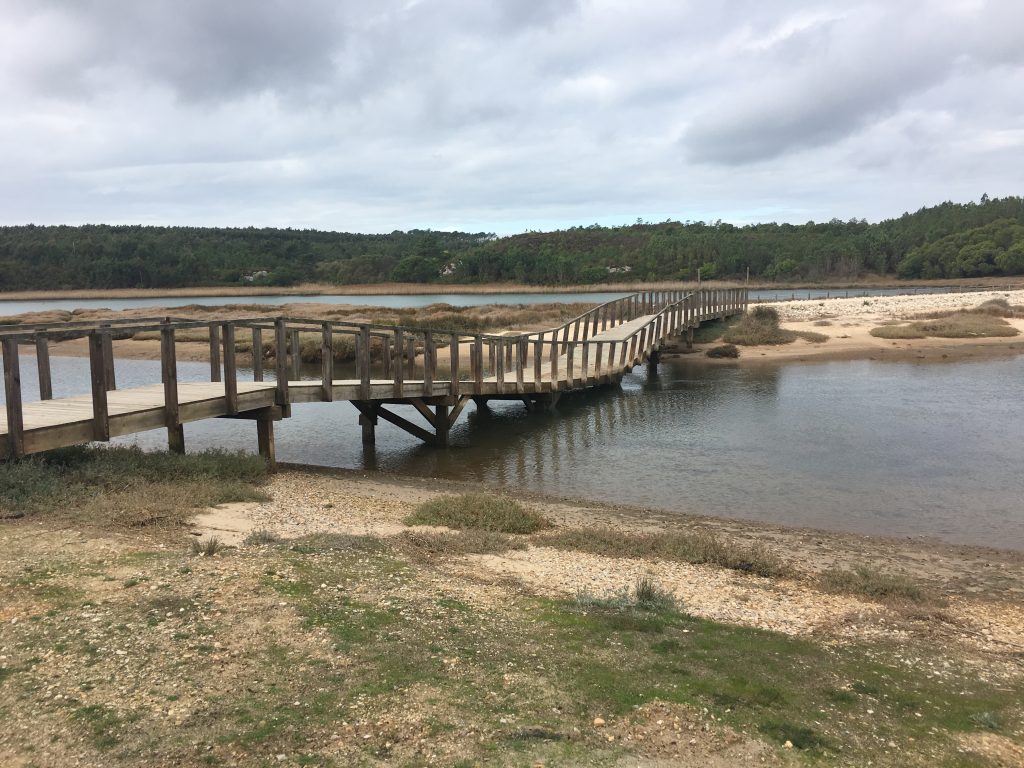 Collapsing bridge across one of the streams feeding the lagoon

We liked our outlook enough to cough up for another night at this aire before moving on. We spent the late afternoon watching the goings on on the lagoon. As well as the usual fishermen on the shore or out on boats there were a number of people who were snorkelling. We didn’t know what they were collecting but they towed buckets buoyed up by rubber rings and obviously were collecting something edible. One of them swam up to the shore in front of us with his haul but we couldn’t work out what it was. 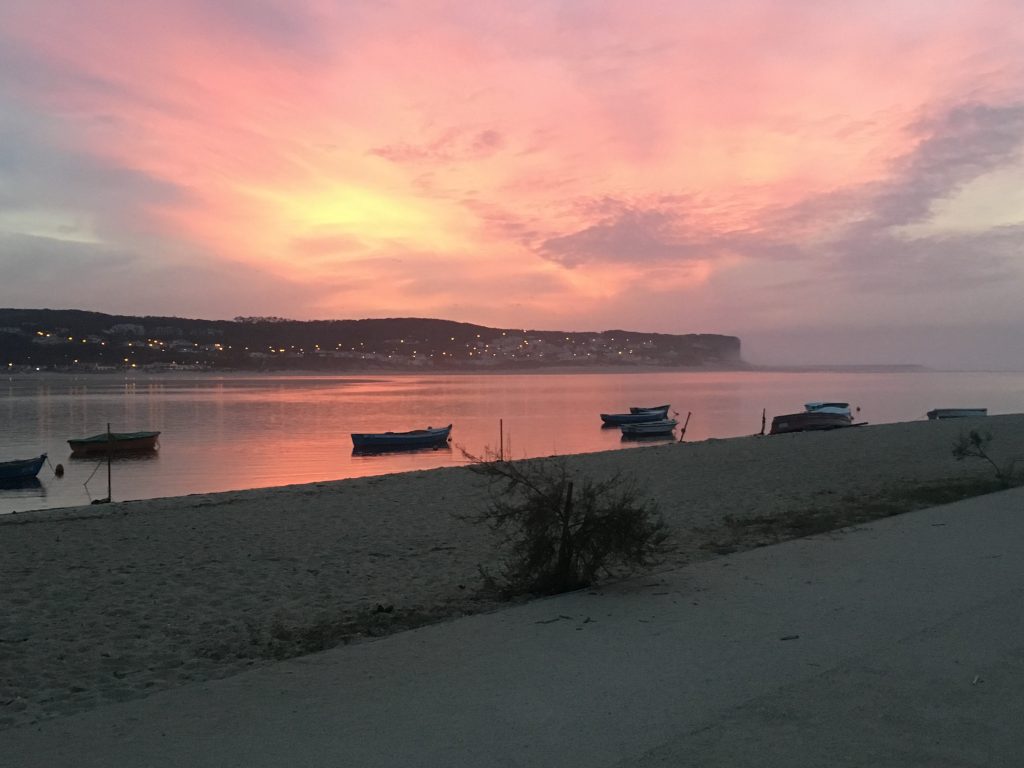 Sunsetcolours from our parking spot