From the Isle of Whithorn we were heading to the Rhinns of Galloway, the word Rhinns (or Rhins) is derived from the Gaelic for point or headland, and the Rhinns of Galloway is a hammerhead shaped peninsular on the far west of the mainland. We drove along deserted roads, following the coast for a while. Under the grey sky, the grey sea and grey beaches looked bleak and lonely.
We stopped off in Stranraer for a bit of grocery shopping and to refuel. Then we made our way south to take a look at a few possible parking spots, we wanted somewhere with a sea view and there were lots of possibilities around the peninsular. In the end we decided on Port Logan, there was a car park at the north end of the beach close to the Port Logan fishpond; an intriguing little tourist attraction, the fishpond was created from an existing geographic feature in 1788 as a larder for live fish. Now it’s used as an aquarium and holds lots of native species of fish. 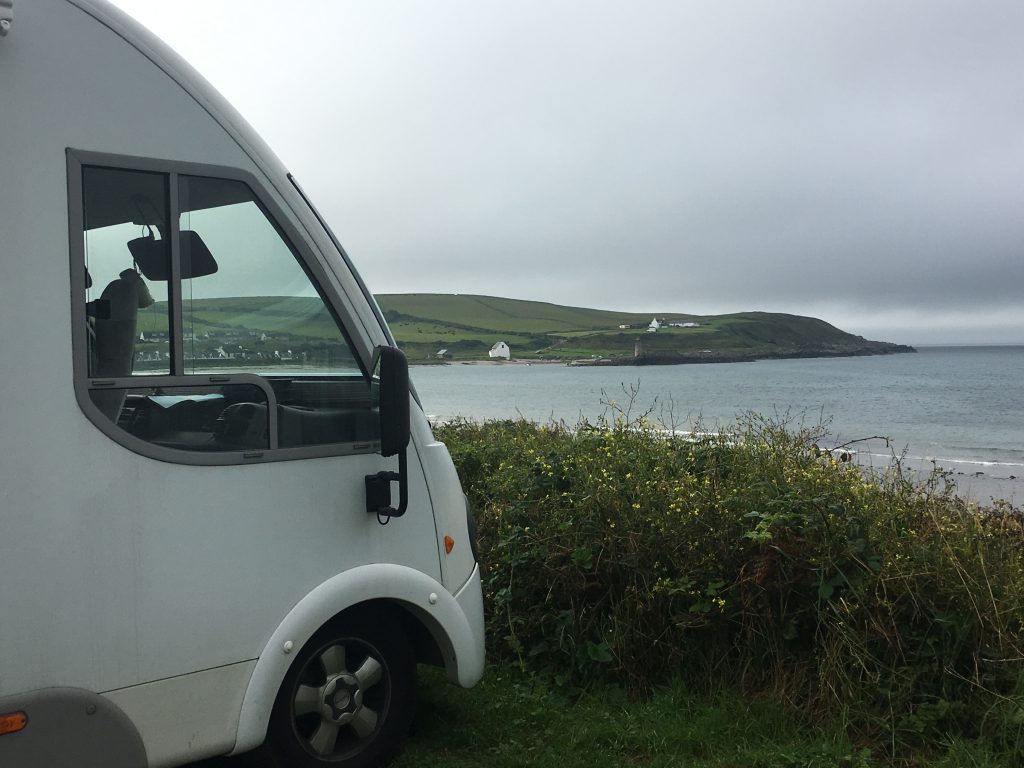 A Thomas Telford designed quay and bell tower protect the southern end of the beach. It strikes me that most of the impressive engineering projects we have seen in Wales and Scotland have had something to do with Thomas Telford, I don’t know if he is the most prolific British engineer but it certainly feels like it. 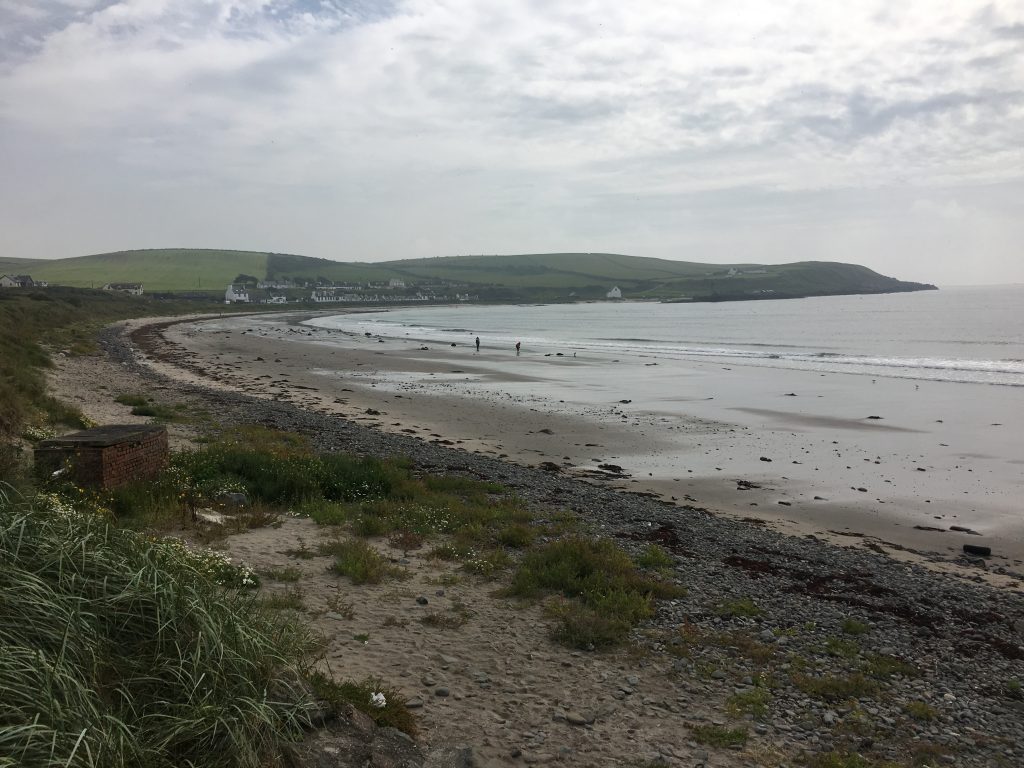 Looking across the bay to Port Logan and the quay

We took a walk down the beach to check out the village, tempted by the mug of ale symbol on the ordnance survey map, but unfortunately the hotel/pub was shut and looked like it was undergoing renovation or conversion.
That night we had a lovely quiet night’s sleep, one other campervan joined us in the car park, they were off to catch the ferry to Ireland the next morning.
We decided to go on a bike ride the next day, so we headed out to the Mull of Galloway, the most southerly point in Scotland (Mull is derived from a Gaelic work for bare or barren and is often applied to headlands i.e. Mull of Kintyre) home to a lighthouse and an RSPB reserve. As we approached the Mull the cloud got lower and lower so that we were cycling through fog and all we could see was the road seemingly endlessly uphill in front of us. The fog lifted slightly as we got to the lighthouse so we saw the building being unveiled before our eyes. 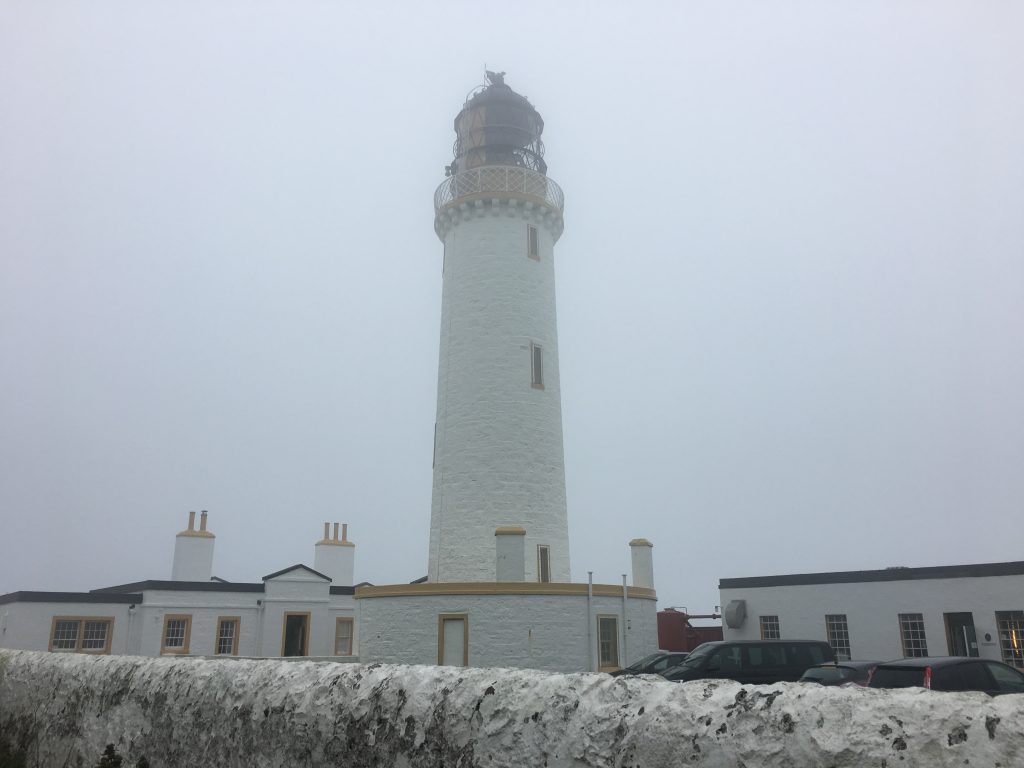 Mist shrouded lighthouse at the Mull of Galloway

From here we took a short walk around the headland and stopped for a spot of lunch. We didn’t spot much of interest, nesting season is over and although we could see flocks of sea birds out to sea it was mostly pigeons on the rocks.
We cycled back along the east coast of the Rhinns before we cut back across to Port Logan, this gave us the opportunity to look at a few possible parking spots for the next day. The forecast was for sun so we were planning to take the Kayak out.