We rumbled along the smaller N and D roads of France towards the coast, passing by many signposts pointing to First and Second World War memorials. It is incredible to think of the events of the two wars that impacted this area of France over such a short period, the devastating history contrasts sharply with the bucolic landscape of the present day.

My knowledge of French Geography was growing daily, here I found out we were travelling through French Flanders on our way to Dunkirk (Dunkerque). Flanders was a medieval state covering this part of modern day France as well as parts of Belgium and the Netherlands. Today there are cultural, linguistic and architectural similarities across the area and many of the buildings in the countryside had a look I would have described as Dutch, but is probably Flemish.

We parked up north of Dunkirk in Bray-Dunes at a Motorhome parking spot behind the tourist information office. It was a popular spot for motorhomes, but very few other people were around and the grey weather and closed up tourist apartments made it look more like October than June. We wanted to go for a walk to find the shipwrecks left behind during the evacuation of Dunkirk. A quick check of the tide tables revealed we would need to wait until the evening, so we did a bit of housework and had an early tea before setting off to explore the dunes and the beach. The long wide sandy beach was almost empty, only a couple of kite surfers in the distance and one lonely walker striding along the edge of the sea. Although the tide was low, we could only just see the wrecks of the paddle steamers used in the WWII evacuation breaking the water. The most visible wreck was a schooner that had run aground in the 1920’s, although it had nothing to do with WWII it made an evocative sight against the silver sea and setting sun. 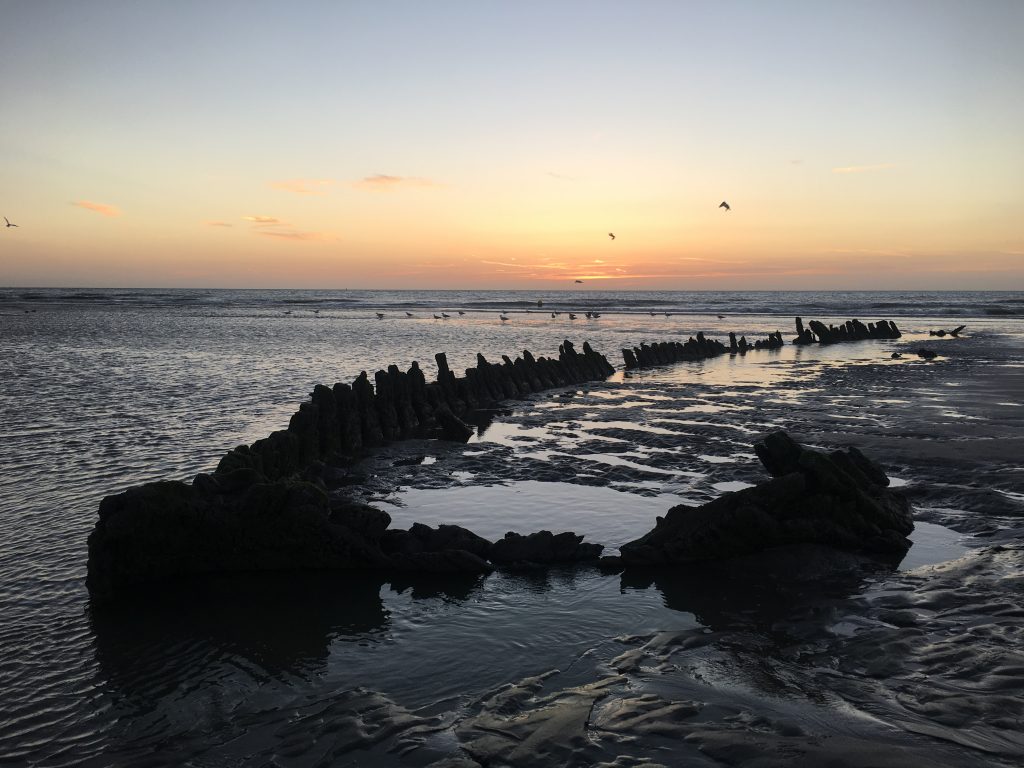 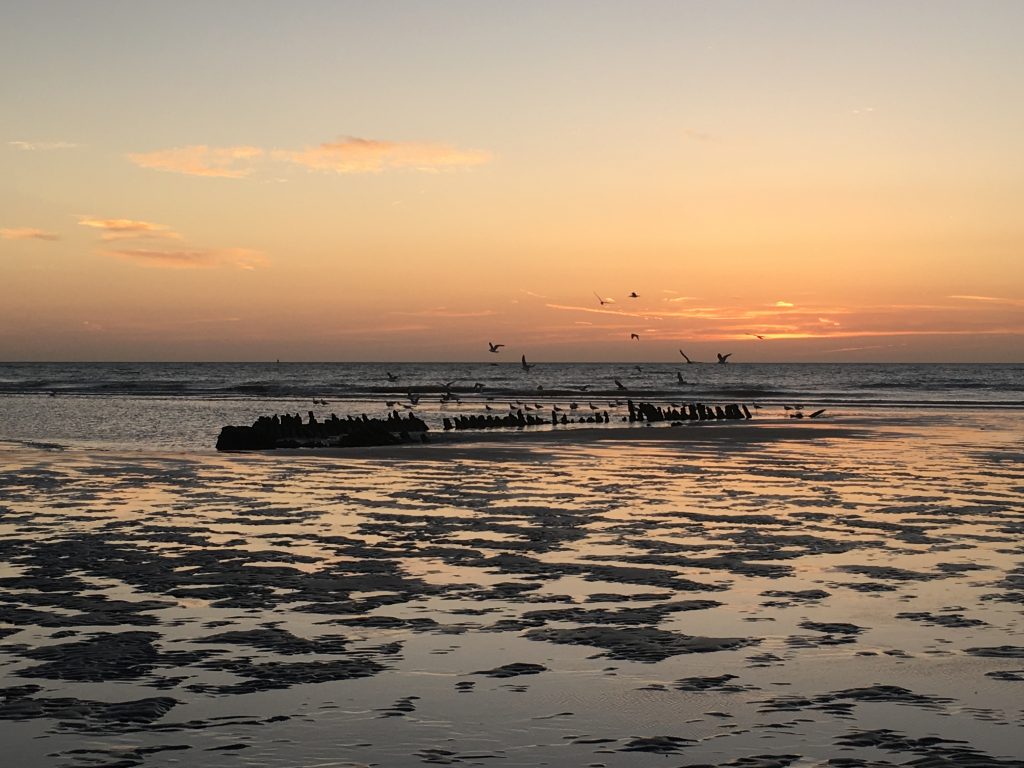 The following morning we drove into Dunkirk itself and parked opposite the 1940 museum. This museum focussed on Operation Dynamo – the evacuation of British Expeditionary Force (BEF) from Dunkirk – and was worth spending a couple of hours exploring. It’s small but has plenty of exhibits; a short film, photographs and artifacts, some of which were found buried by the sand at Bray-Dunes where much of the British equipment had to be abandoned in favour of saving human lives. It includes exhibits about the ‘Little Ships’; the fishing boats, barges and pleasure steamers who volunteered to support the evacuation of over 300,000 British, French and Belgian soldiers. It’s one of those gutsy war time stories of triumph over adversity that gave rise to the phrase ‘Dunkirk Spirit’. While we were wandering round I couldn’t help thinking of all those soldiers, plucked from the jaws of the German advance, given a heroes welcome and then having to return to fight again, any respite only fleeting.

After our edifying visit to the museum we wandered around Dunkirk, following the harbour through modern apartments and houses with odd shapes vaguely reminiscent of upturned boats. In the harbour were many interesting ships, part of the Port Museum, including the restored paddle steamer Princess Elizabeth (now a café), the Duchesse Anne – a three-masted ship that was part of Germany’s reparations to the French after the war – and the Sandettie. I was very excited to find that the Sandettie was indeed the Light Vessel Automatic of shipping forecast fame. Little things! 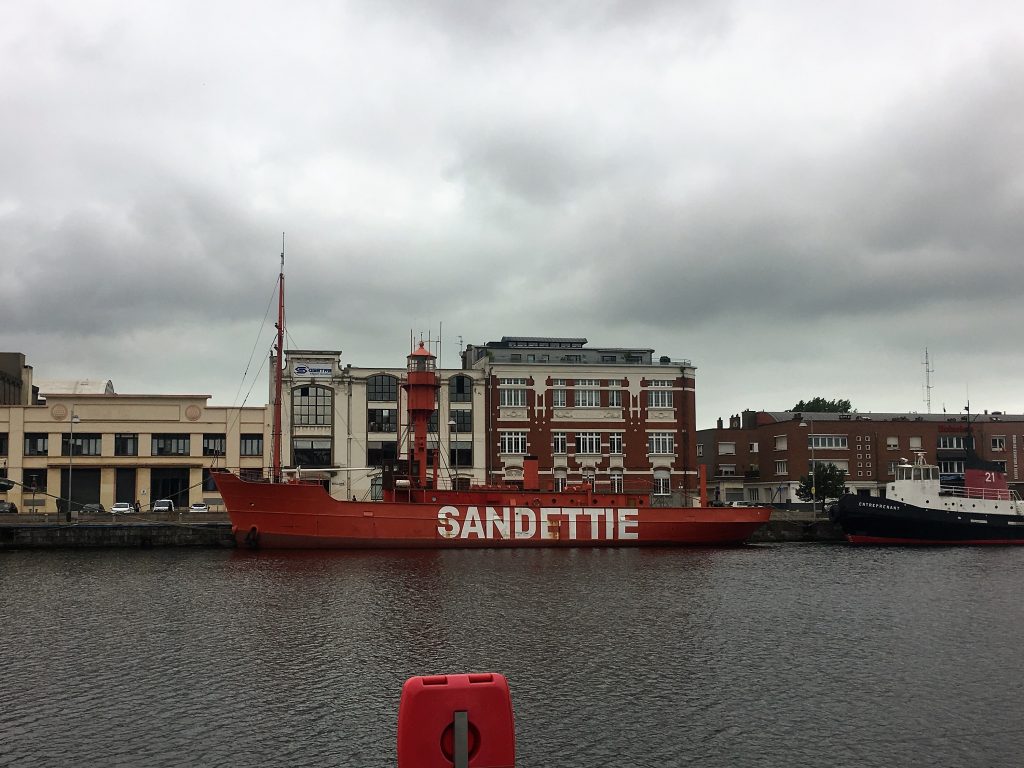 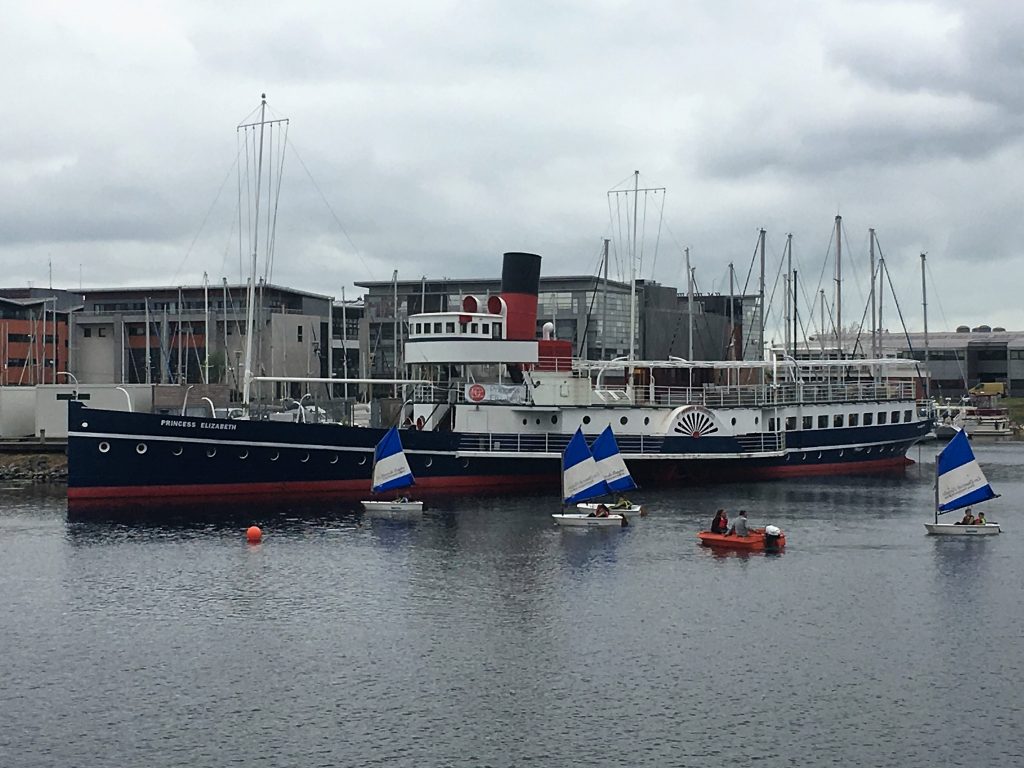 The Princess Elizabeth, one of the Small Boats that supported the evacuation

Although Dunkirk suffered badly in WWII, there were a number of older buildings amongst the more modern architecture and some interesting display boards with pictures of the town before war broke out. Dunkirk is much more than just a ferry terminal and is a key part of the WWII story.