On Mull the roads are in the highland style i.e. single track with passing places. The classification of the road does not tell you how wide it is, but it does give some indication of the size of the passing places, presumably to cope with the larger vehicles that will use them. The main A road that runs all the way from Fionnport on the south west corner of Mull up to Tobermory in the north east has a few short sections with two lanes, but is mostly single track. Paul has plenty of experience driving on highland roads, but mostly as a car driver where his driving behaviour involves hunting down the car in front so they have to pull over and let him pass. In Bertie he has to be the one to pull over. I wondered if his masculine pride would be dented with this role reversal, but he seems to have taken it in his stride. The reversing camera came into it’s own as we left it on all the time so we could see what was coming behind us and choose our spots for pulling over, rather a nice wide tarmac passing place than a rutted earth and grass one.

As well as being the first place with a significant proportion of single track roads, this is also the first place I have ever seen Otter Crossing signs, including one sign with the ‘Number of Otter Fatalities’. We didn’t get a picture of these but you can see plenty of examples on the Mull Otter Group website.

We drove from Craignure up to Tobermory, we will then make our way back down south before going back up to Tobermory to get the ferry off of Mull. The key reason for this is that there are a couple of walks in the south that rely on a low tide, and it would be a few days before low tides were at a reasonable time of day to make it practical.

Our first spot for overnight parking was the Forestry Commission parking at the north end of Loch Frisa. 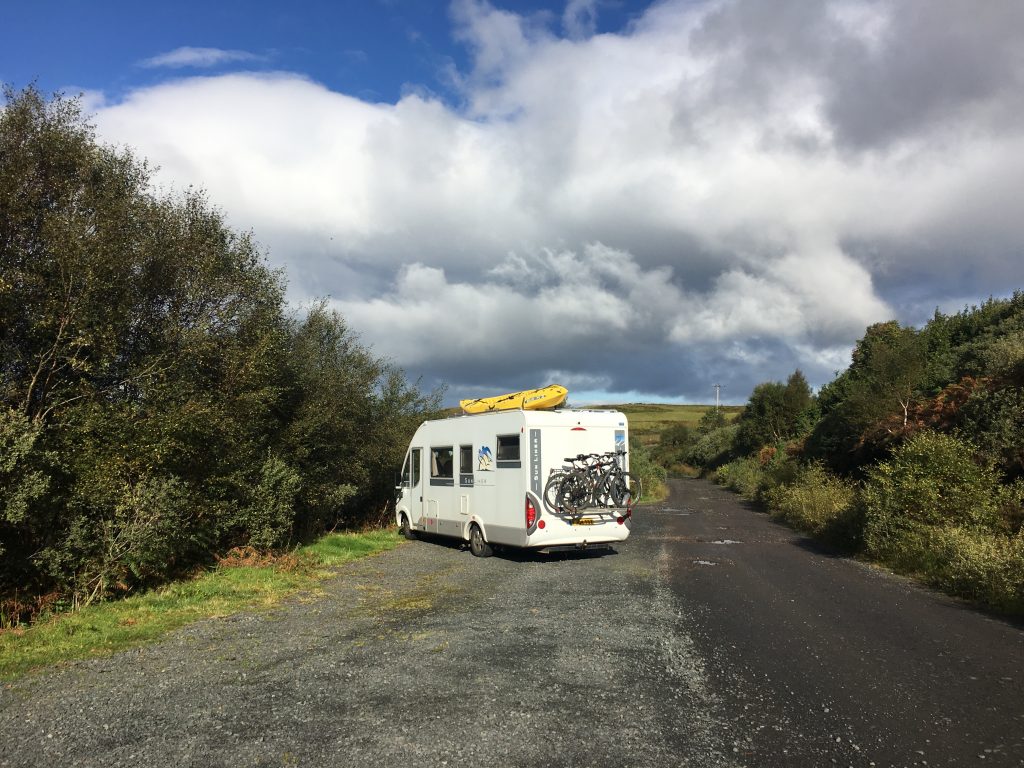 Bertie’s parking spot at the north end of Loch Frisa

We cycled from here down to the other end of the Loch and then took a short circuit through Glen Aros before retracing our steps up to the north. On the way we were keeping our eye out for eagles. Mull is well know for the white tailed sea eagle which was reintroduced in Western Scotland in 1975, golden eagles can also be seen, so we were hopeful for a sighting at some point while we were on Mull. We saw a number of large birds from a distance, which could have been eagles, and one up close which was probably a buzzard but could have been a juvenile sea eagle (it didn’t have the distinctive white tail). Buzzards and sea eagles have very similar silhouettes, golden eagles are quite different, but it’s difficult for amateurs like us to tell the difference unless they fly very close or all conveniently fly past at the same time so that we can tell the difference. So nothing conclusive on this bike ride, but looking very hopeful. 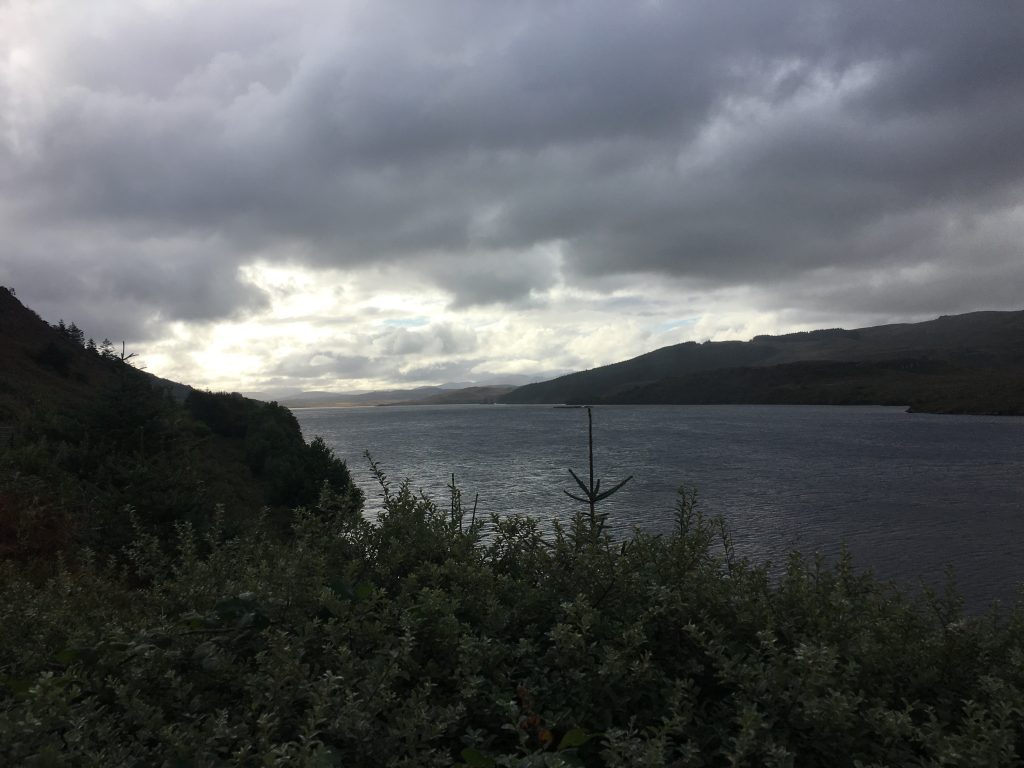 We settled down for the night in the forestry commission car park with a couple of other campervans joining us. We were really starting to notice the shorter days now; it’s pretty dark by the time we’re eating dinner, a sure sign that we’re getting into Autumn and no signs of an Indian Summer in this part of the country.