Bertie has finally made it out of storage. It’s not the first journey of the year; earlier in January Bertie popped out for an MOT, failed and then had to wait until February to be fixed and re-MOT’d. The good news is that the replacement of the CV boots removed a persistent squeak that had been worrying us at the end of last year.

After February Bertie was left languishing on the Farm with only one subsequent visit from us, to pick up a box of eggs we had left inside. A further six weeks passed and we decided to visit to have a bit of a tidy up and make sure everything was ship-shape for our first trip planned for camping’s ‘opening weekend’ of 16th April.

On opening the door a waft of urine scent washed over me. Being a bit naive in the way of rodents I just assumed that Paul (obviously not me) had left the toilet open. But no. This was the smell left by a family of mice who had used the six weeks of stationary time to build a nest of shredded bath mat in the bottom of a now very pungent wardrobe. A second nest was found under the toilet cassette (what a place to choose!) and a trail of tiny droppings found in every cupboard and compartment in the vehicle.

The mice had vacated the premises, presumably after they had used Bertie as a shelter for nesting they had to get out and find a food sources, luckily we had left nothing to nibble on. Maybe I should thank the mice for spurring a through top to toe spring clean of every cupboard and surface in the vehicle but mostly I was swearing at the inconvenience.

After cleaning up, Bertie’s cushions were returned to their bench locations with some new upholstery to smarten up our interior. This was a bit of an experimental lockdown project. I started with the smallest cushion and some old fabric to check that I was capable of fashioning a cover. With the experimental version a success, the long process of fabric shopping started. This was by far the most drawn out part of the whole endeavour; we couldn’t agree on a pattern and it took ages until we found a lovely blue and grey welsh blanket effect from Textile Express.

Once the fabric was chosen I calculated how much fabric I needed, added half as much again for luck and placed the order. It was quite exciting to see it arrive on a roll, ready to start sewing.

I started the painstaking process of unpicking each existing cushion cover, turning them into pattern pieces for the new covers and lining up each piece so that there was a reasonable amount of pattern matching. Each piece was edged with a zig zag stitch to stop it from fraying and finally I started putting it all back together again. 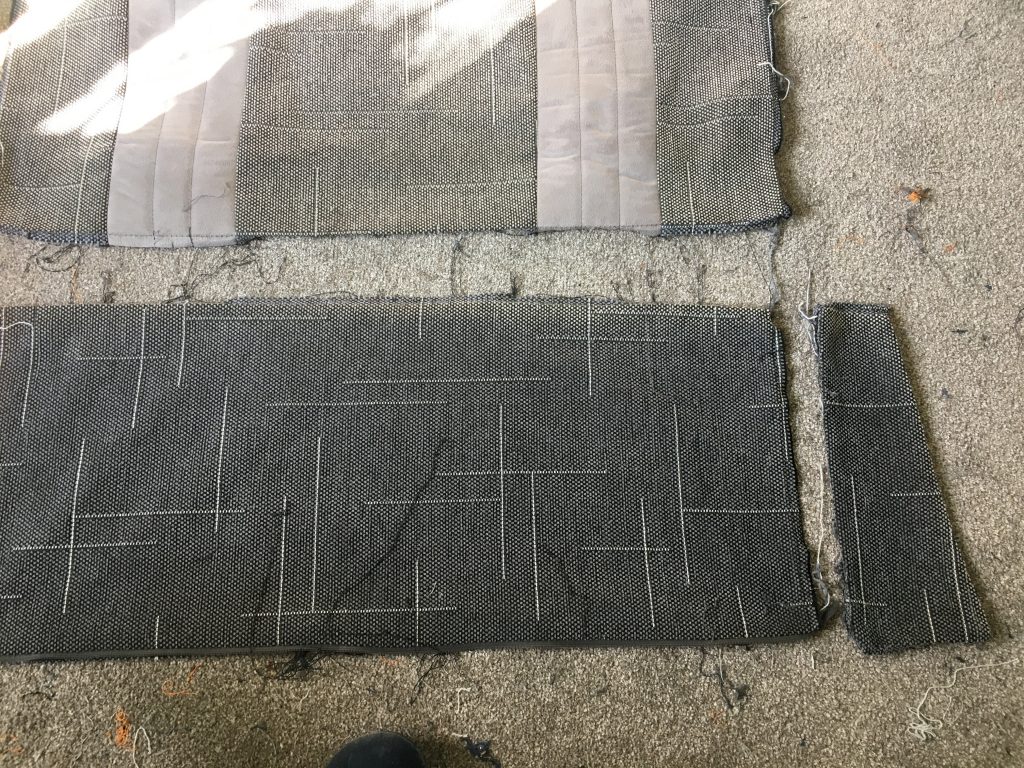 I’m pretty pleased with the result but am still too nervous to attempt the captains seats. I have a feeling they’ll be a lot less forgiving than mostly rectangular seat  cushions. 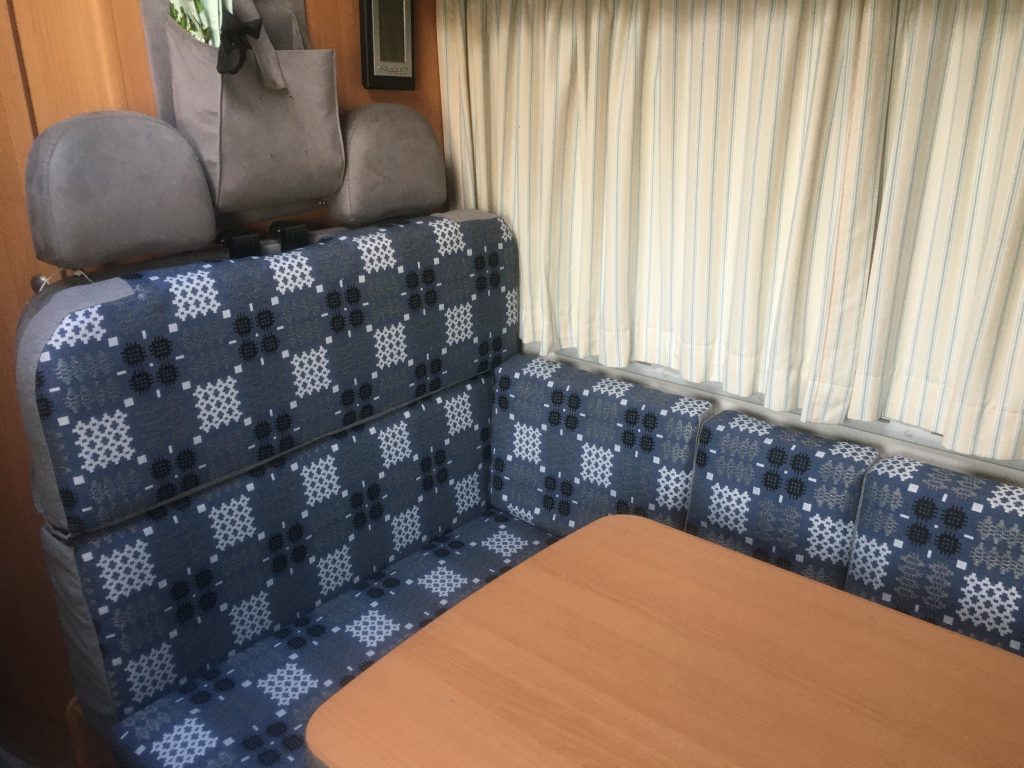 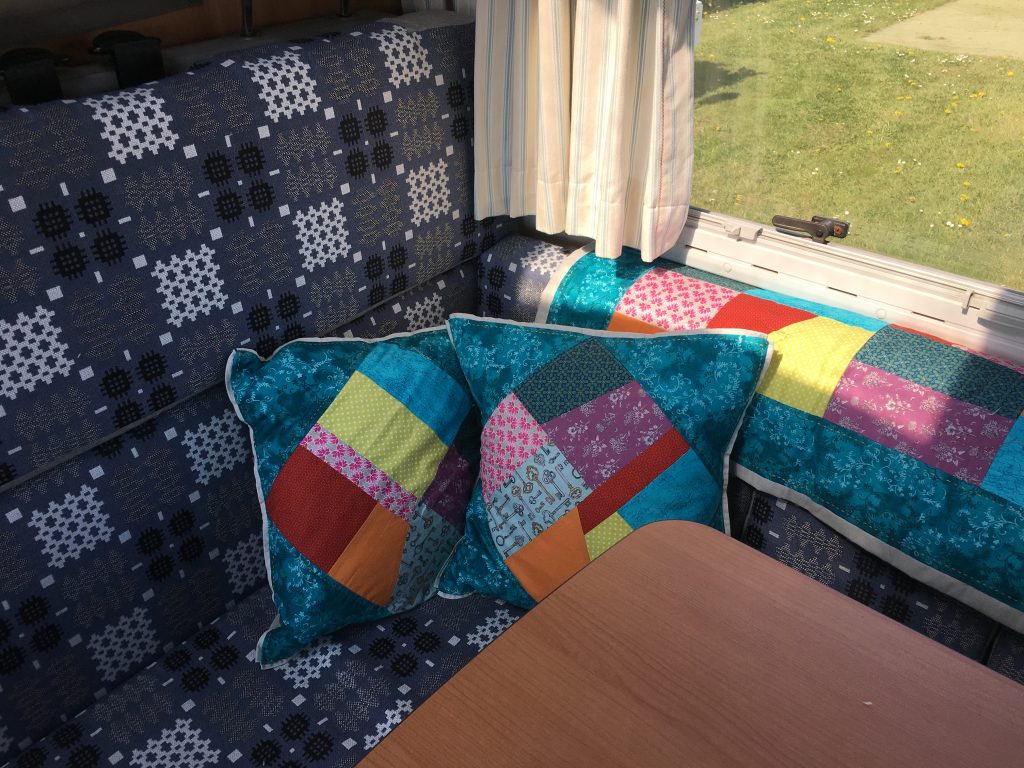 With some added patchwork courtesy of my Nan.

2 thoughts on “Of Mice and Upholstery”