The forecast was for two days of rain, but then some improvement. We decided to sit out the rain in Snowdonia, and chose to stay in Betws-Y-Coed, tourist hot spot and home to many outdoor gear shops. One of Paul’s walking boots was letting in water and on inspection the upper had come away from the sole, so a new pair were needed. 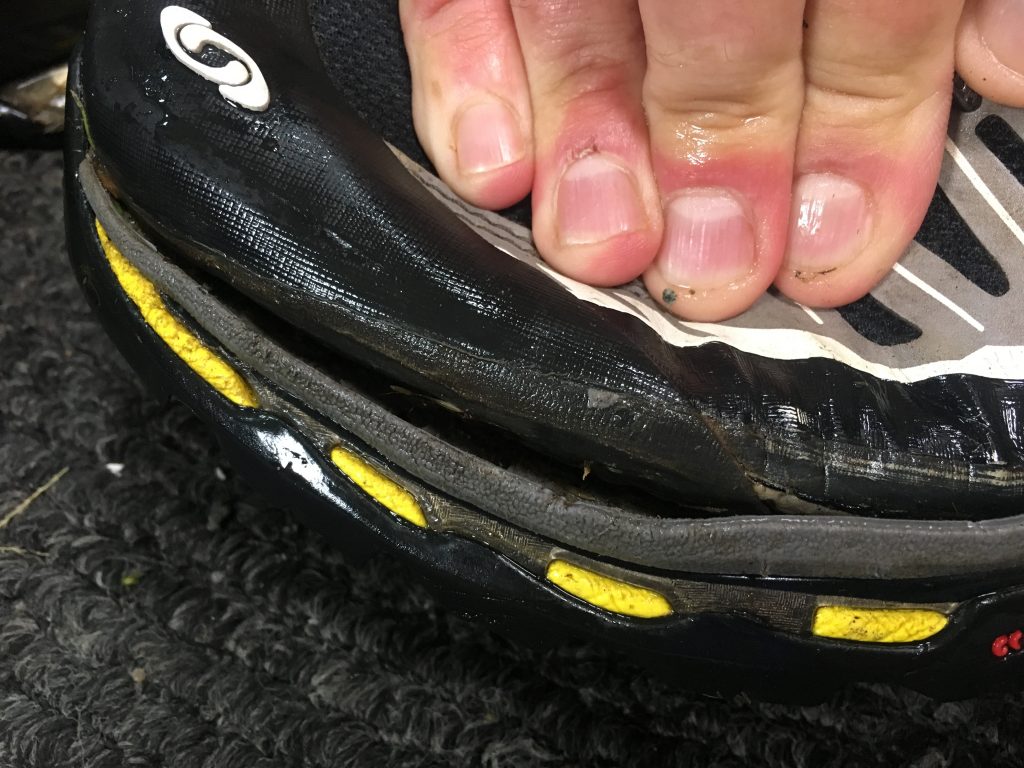 A hole in Paul’s shoe – it was letting in water

Paul is a big fan of Salomon shoes and boots, they seem to fit him really well and don’t require much breaking in, so it was no surprise that he chose to buy a new pair that were pretty much the same as the old ones. Hopefully they will last a bit longer. I’m also hoping that we will get some money back for the old boots. Salomon have a two year warranty and these boots were a couple of months short of that. So the boots have been returned to the retailer and my fingers are crossed.

It did rain pretty persistently over the next couple of days, but our nice level parking spot in the Station car park was sheltered from the wind and central to town which was ideal for when we wanted to get out. It also meant we had good internet access, so more online shopping was done. 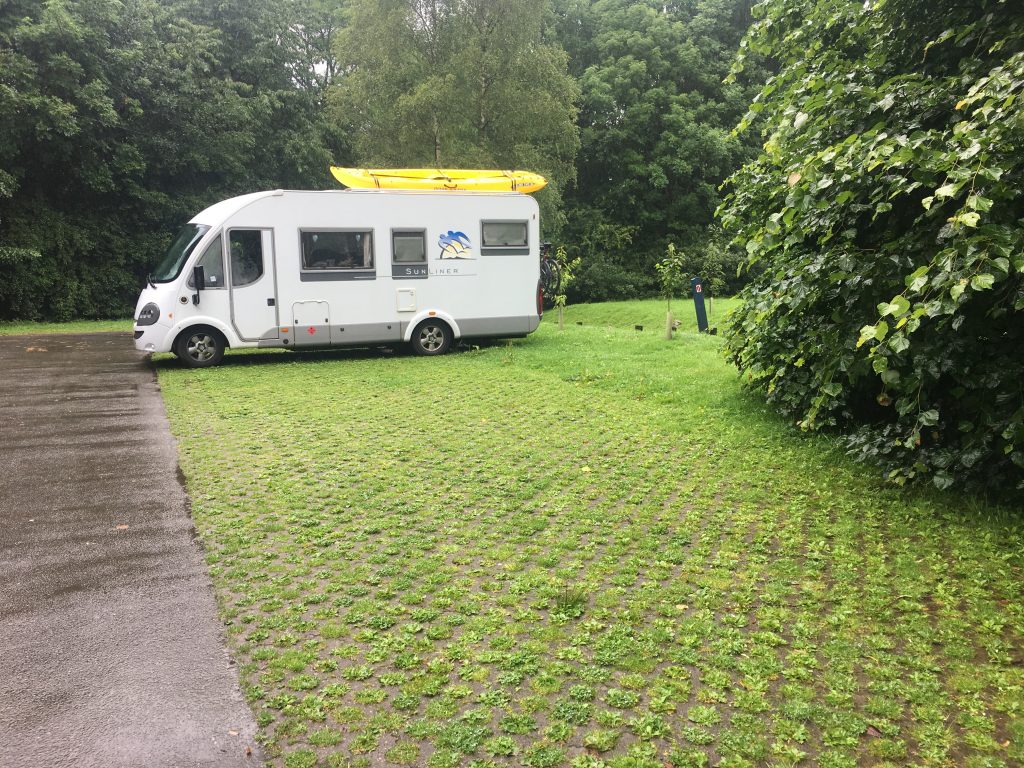 Parking on ‘grass-crete’ in Betws-y-Coed

To while away the wet hours, apart from shopping, we went out for a few drinks and a meal and downloaded some more TV using the pub wifi. I also did a bit more baking and made some chocolate chip shortbread. 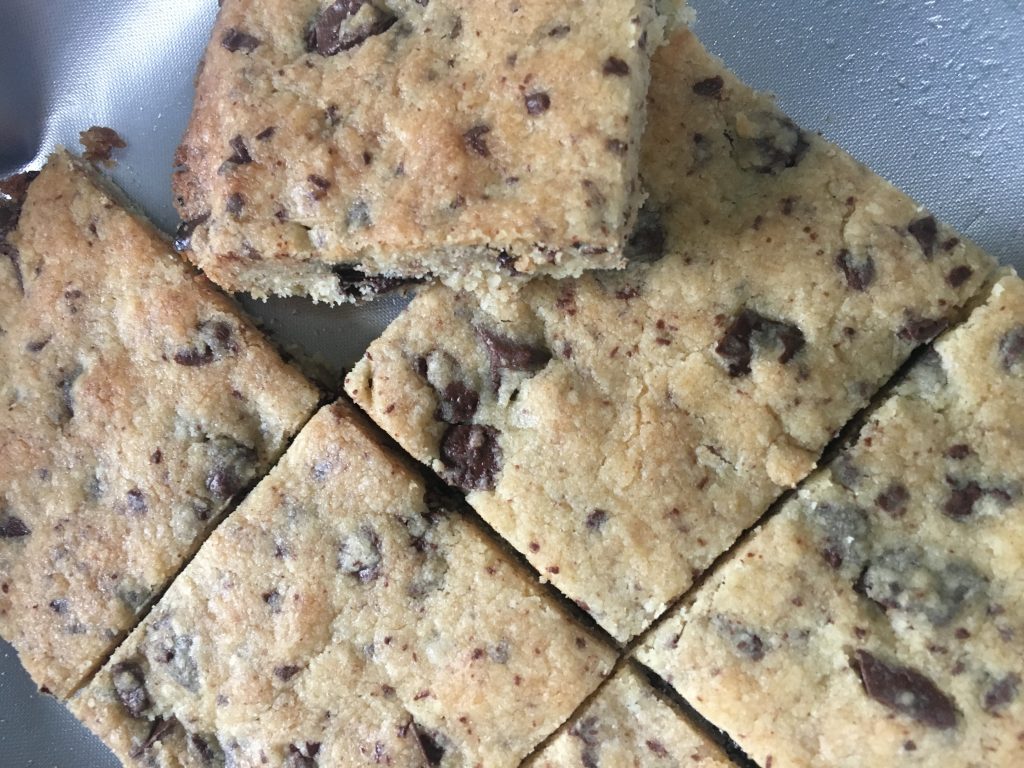 Finally the rain eased and so we decided to go for a bike ride. After the fun we’d had on the single track in Coed-Y-Brenin we decided we’d take on another official mountain biking route and headed to the forest north-west of Betws-Y-Coed. The trail, once called the Marin trail but now called Gwydir Bach, officially started in LLanwrst but passed within a couple of miles of our parking spot so we picked it up half way round and then completed most of the circuit.

We had been warned that the ride from Betws-Y-Coed to the trail was ‘short and steep’ and boy was it steep. We were shattered by the time we reached the trail, and that set the tone of the ride, it was 25k of forest track and single track and included about 800m of ascent. The route was lovely, with some great views and some fun single track but it really tested our cycling endurance to the limit. It also tested my ability to do steep downhill sections. I’m not great at anything which requires me to go straight downhill, steep ski slopes and walking down scree both test my nerve and this ride also tested me with some of the downhill sections being pretty steep. Although I managed to go for it on most sections I had to get off a couple of times and walk down the worst of it. In the end we bailed out just before the last section of single track and followed the road back instead, we’d just had enough. Plus we needed to conserve a bit of strength for a good mountain walk the next day. 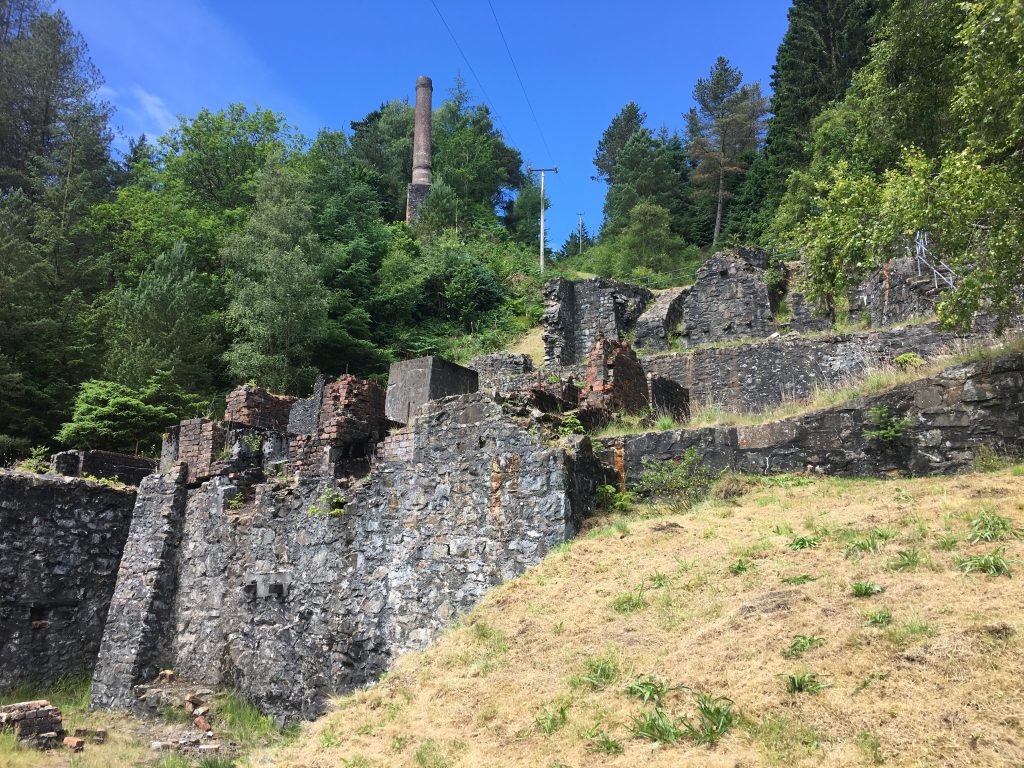 Hafna mine – relics of lead mining in the forest