Our last post was on New Year’s Day 2018, so we’re going back in time to catch up on the happenings of later December 2017.

We had stayed the night outside Grazalema village and been awakened, multiple times, by the sound of vehicles driving over rumble strips on the way into the village. Once we’d woken up properly and had our breakfasts, we drove back through Grazalema again, stopping for bread and cakes on the way.

On today’s agenda was a longer walk. We parked outside the local campsite on a large flat parking area, the campsite seemed to be closed for the season and I’m sure we could have parked here overnight, but then we would have needed to drive to get bread anyway.

From this spot we were climbing up and turning right at the junction to meet the path we had walked the day before. Today we would be turning off behind the enclosure to go up into the mountains proper and we were full of excited anticipation as we would be climbing to a couple of summits for a change.

The start of the walk was even more frosty than the day before and we marvelled at the way the ice crystals had pushed the earth up, especially where the previous day’s frost hadn’t melted. It looked beautiful in the morning light and the going was easy underfoot over the solidified mud. To the west the cliffs held griffon vultures, large even from this distance, perched and waiting for the warm air currents to start rising. On the rocks to the east of us we startled a herd of Spanish Ibex who were minding their own business on the rocks. 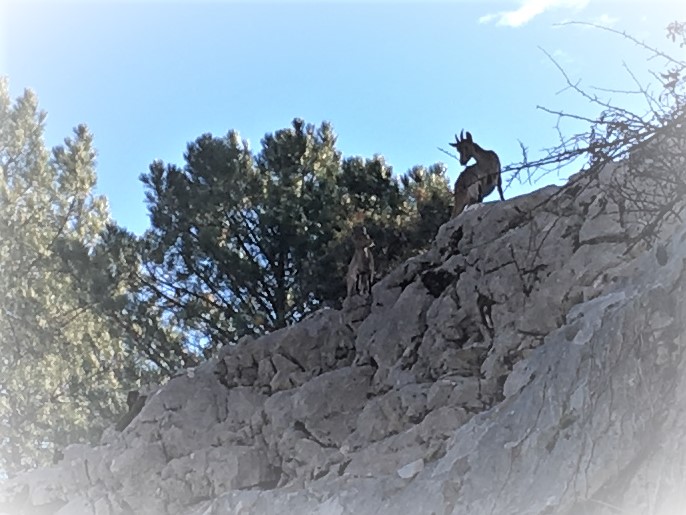 Ibex looking down on us 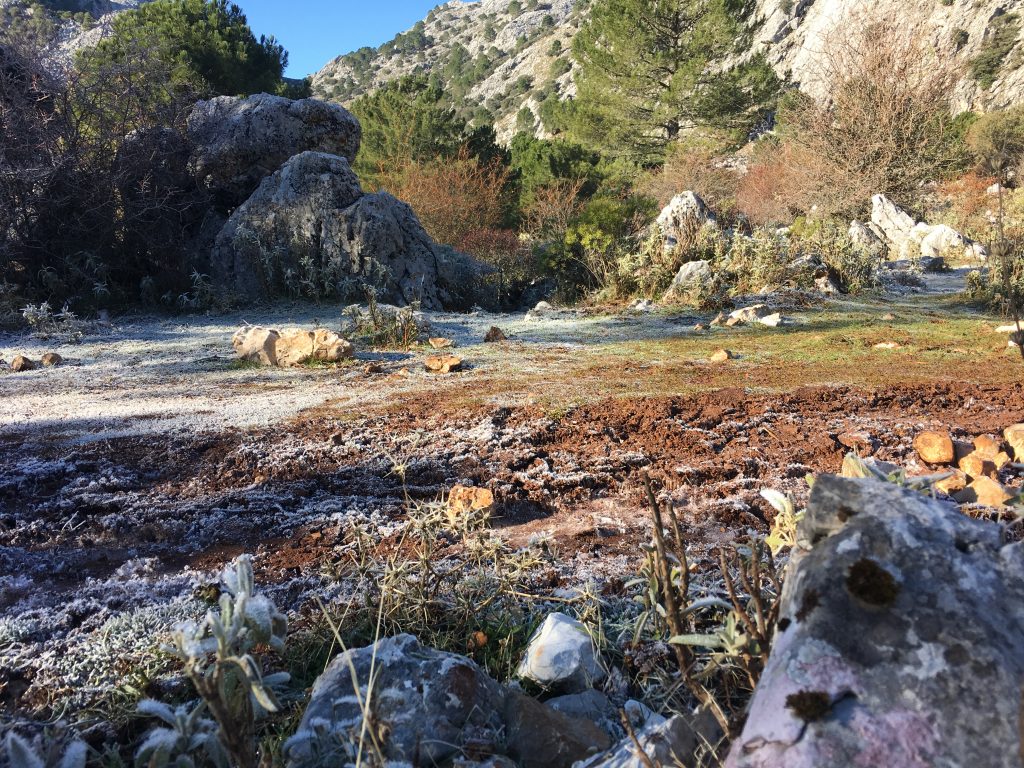 Frosty meadow. near the animal enclosure at the beginning of the walk 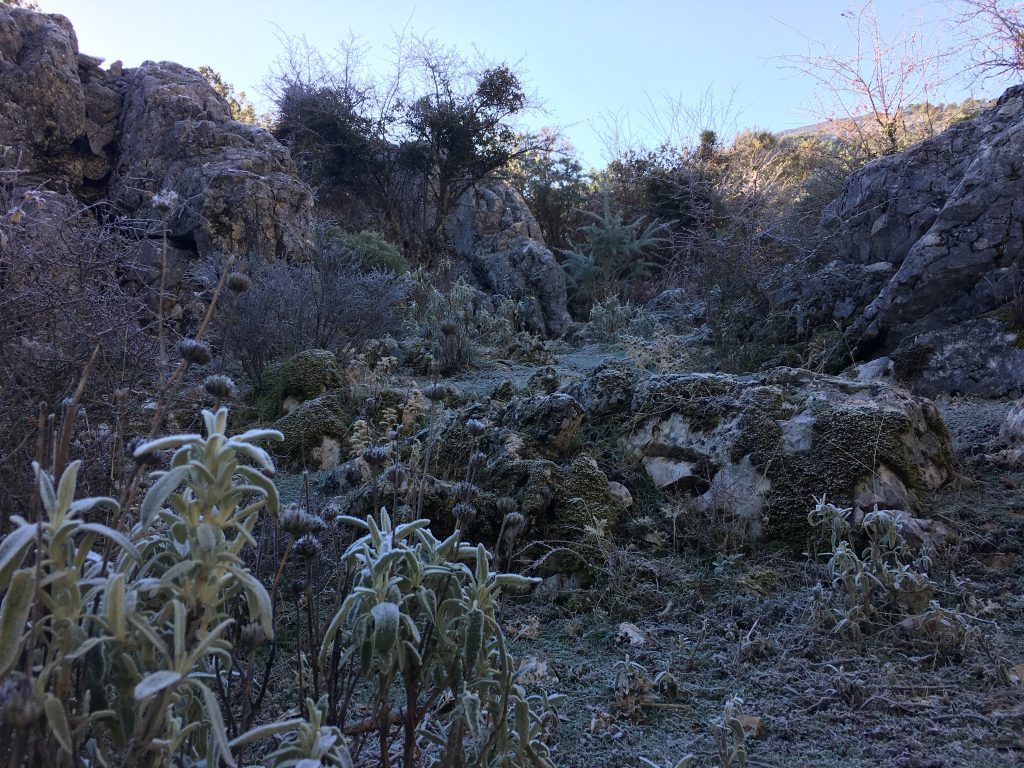 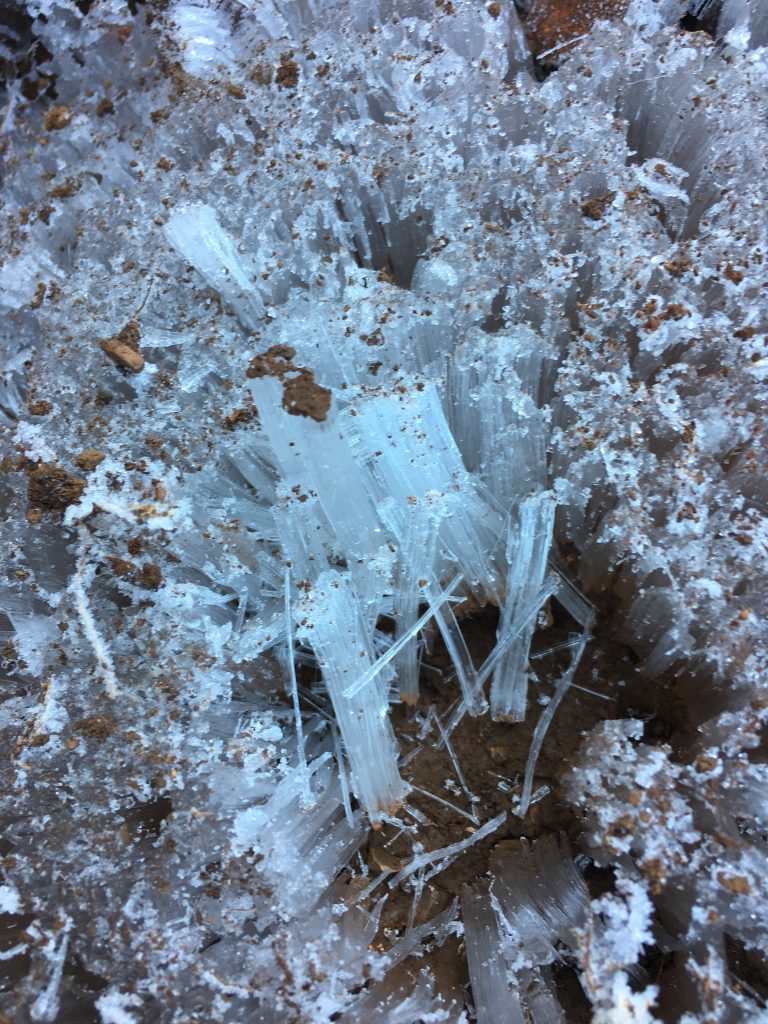 Frost crystals pushing through the soil

The path was easy and obvious to follow, although we were also following the walk via wikiloc. It skirted behind the enclosure heading up through the woods and out onto open mountainside, always pretty much south. Once out into the open we warmed up and were quickly down to t-shirts in the sun. We continued to head south following the path through a high meadow with the ridge of Simancon on our left, trying to decide at which point we should head up onto the ridge and back north to the summit. In the end we walked to the south end of the meadow to see the views before taking an easy line north-west onto the exposed backbone of the ridge. 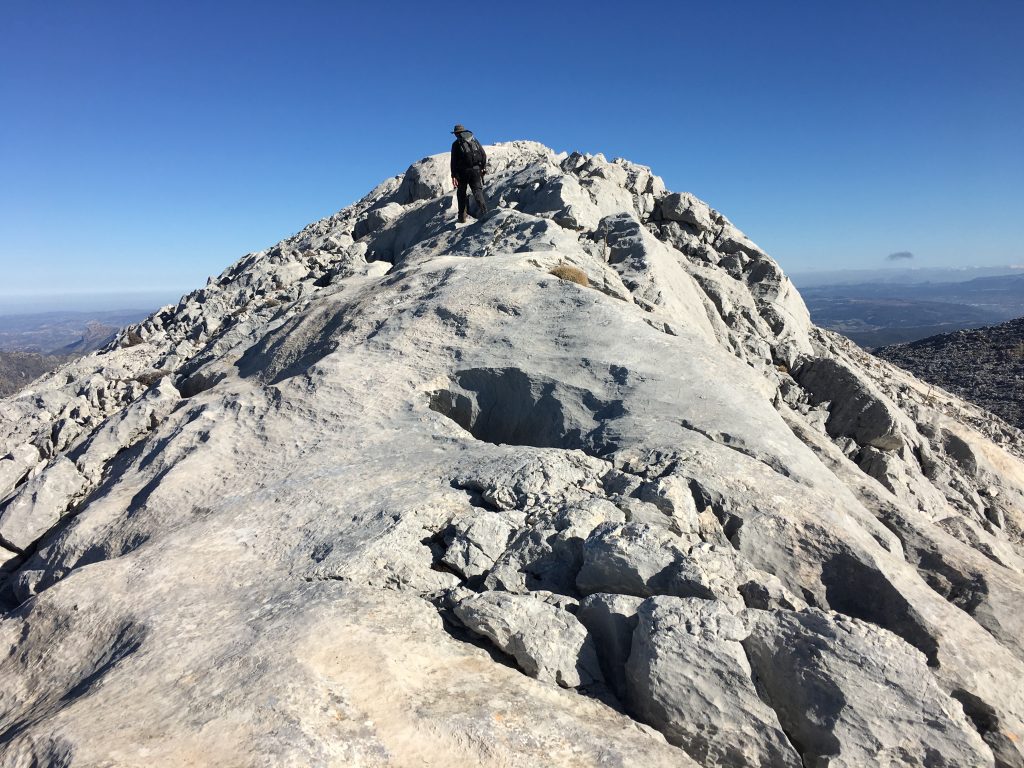 The bare ridge of Simancon

From Simancon our route to the next peak was obvious, picking our way down steep slopes westwards to an obvious saddle leading to El Reloj (The Clock). Then less obvious route south from El Reloj, trying to find our way to the Charca Verde (green pond – more like a puddle, but still attractive to cows who had congregated there for a lie down) where the path became clear again. 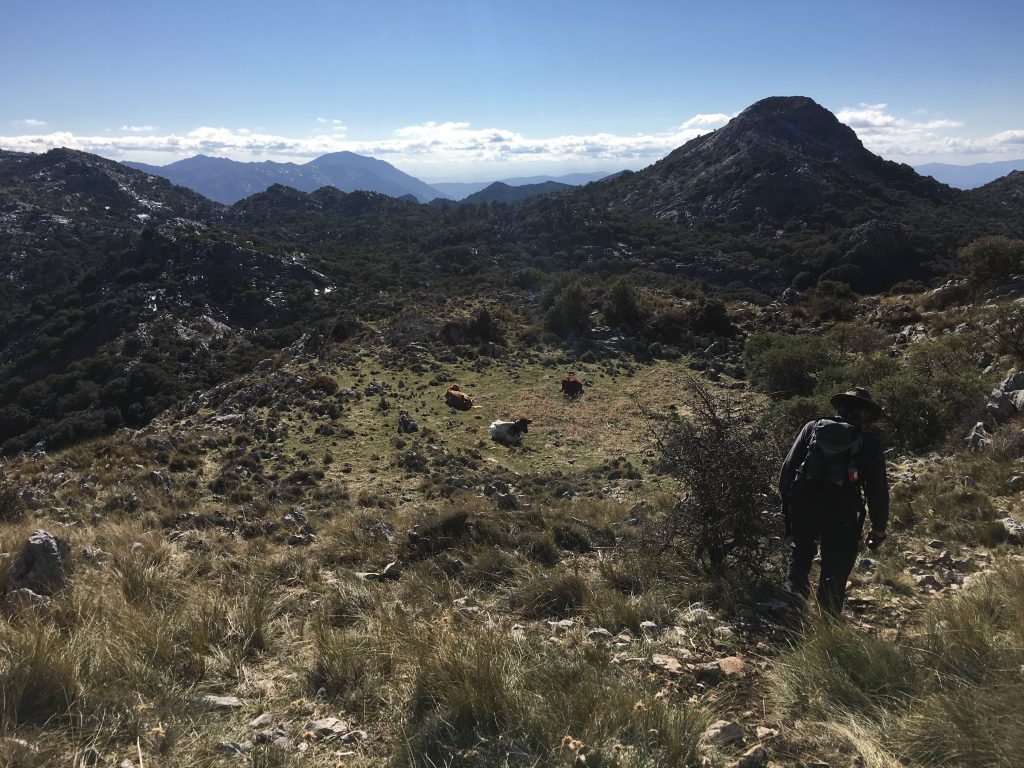 Cows congregating on the way to the Green Pond

Following the path down was a delight, the forest was shaded and mossy with stark white rocky outcrops and occasional tiny grass clearings where the sunlight broke through. It would have made any Victorian garden designer weep with envy.

Eventually we re-joined the path back down to the campsite, the ground was still frosty even on such a sunny afternoon, but the air was warm and we sat and watched many vultures carrying nest building material to the cliffs. We pondered over the collective noun for vultures, and when we got back to Bertie we found that they have three. We had definitely seen a Kettle of Vultures (in the sky), and possibly a Committee of Vultures (sitting), but not a Wake of Vultures (feeding) on this walk. 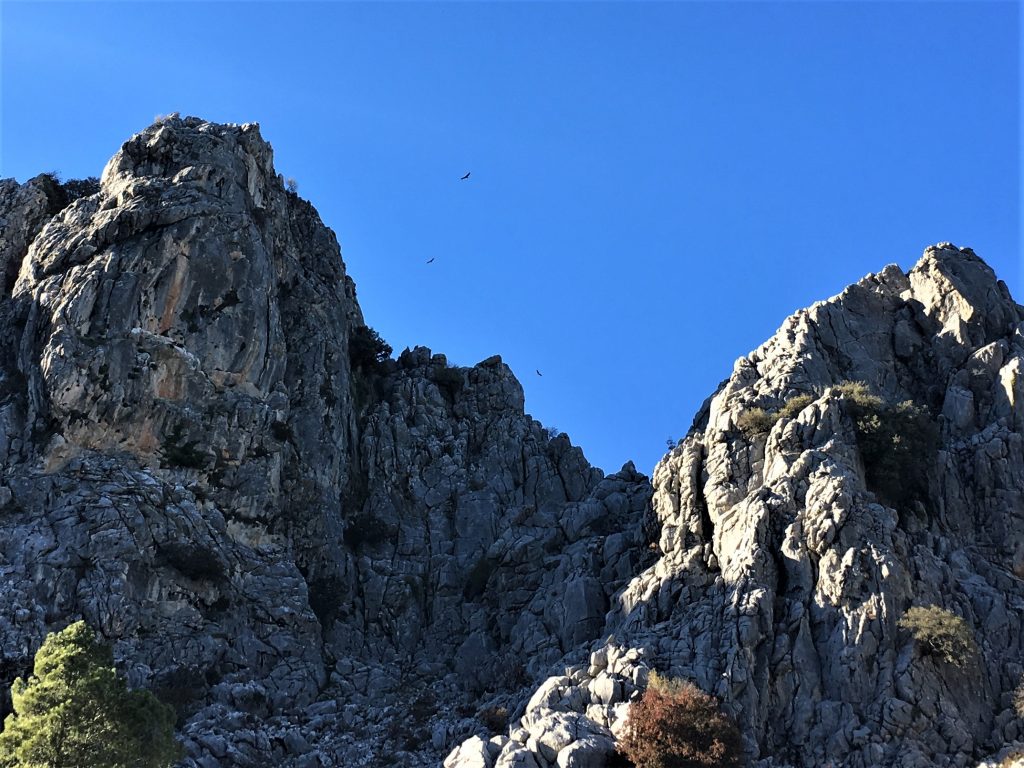 Back at Bertie we knew we would have to get moving before we succumbed to exhaustion. It had been a great day but we were leaving the mountains on our way to meet up with Aaron. The Sierra de Grazalema  Natural Park is another place that we’ll definitely return to.