We took the plunge and booked our ferry to Arran for Monday. The weather for Monday was going to be pretty dire (again) so we thought we might as well plan to travel rather than sit in the motorhome watching the rain.

The ferry to Arran leaves from Ardrossan which is further north up the Ayrshire coast, towards Glasgow. We looked at possible places to spend the Sunday before embarking on the next stage of our journey. After a lot of outdoor activities (and some weather enforced inactivity) we fancied something a bit different, so we made tracks for Irvine where the Scottish Maritime Museum is based.

Initially as we headed north the roads were just as empty as they had been throughout Dumfries and Galloway. The road was also pretty awful and ripe for some resurfacing, but luckily the lack of traffic meant we could easily avoid potholes and take our time without worrying about building up a tail of traffic. As we got closer to Irvine though the traffic started to build up and we were back to ‘normal’ traffic density.

When the road was close to the coast we could see the rocky outcrop of Ailsa Craig. This island is most famous for producing the granite used for curling stones and is a prominent feature that will be on our horizon for much of our planned route round Arran and later on Kintyre. It’s a very distinctive lump of an island that is the core of an extinct volcano and rises steeply from the sea. If you want to buy it the asking price only 1.5 million pounds!

We parked up in the small carpark at the very end of the beach in Irvine. There is a coastwatch station here with public toilets and a small café facility. It is also the only bit of the surrounding carpark without a No Overnight Parking sign.

Across the bay from our parking spot is a now abandoned grass roofed building built for the millennium celebrations, there is a bridge leading across the harbour entrance which is now permanently open for boats to pass through. It seems such a shame that this investment couldn’t find a use. 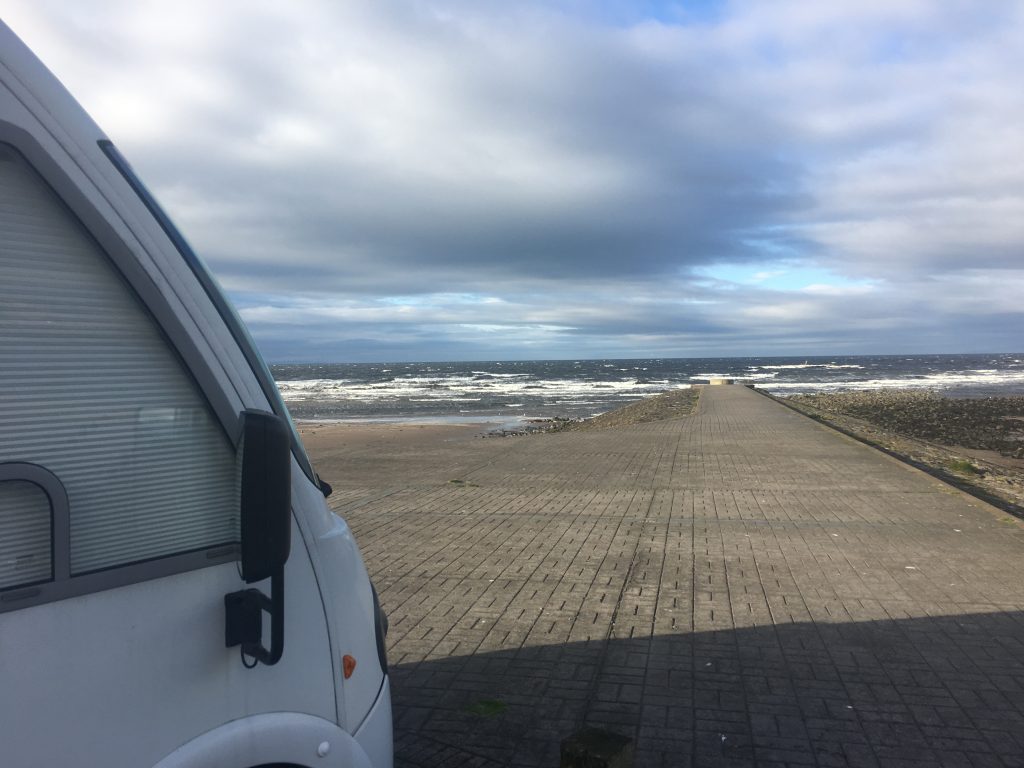 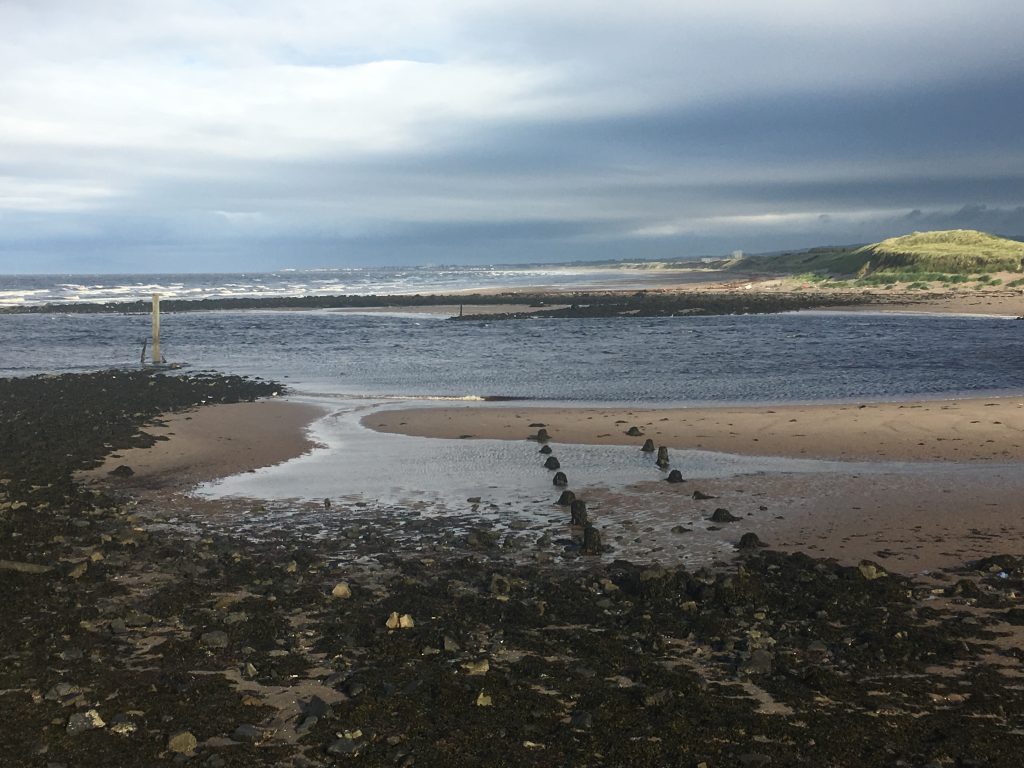 View across the bay at Irvine

We wandered along the harbour to the Maritime museum, this is based in the ‘Linthouse’ an engineering shop from the Linthouse dockyards on the Clyde that has been moved and rebuilt in it’s current location. The building itself is a lovely red brick building, light and airy with it’s glass roof, and the exhibits covered a varied history of boat building. 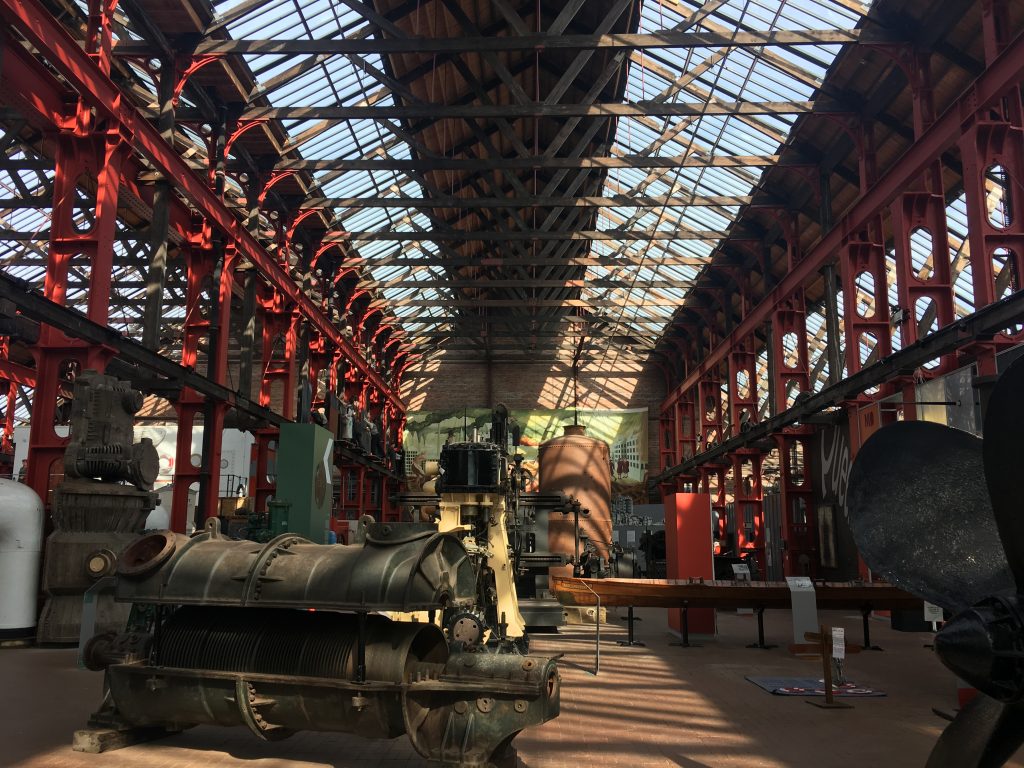 Some of the heavy machinery from the dockyards was incredible and really made you think about the size and scale of the ships – like the ferry that we were due to take the following day – that we take for granted. 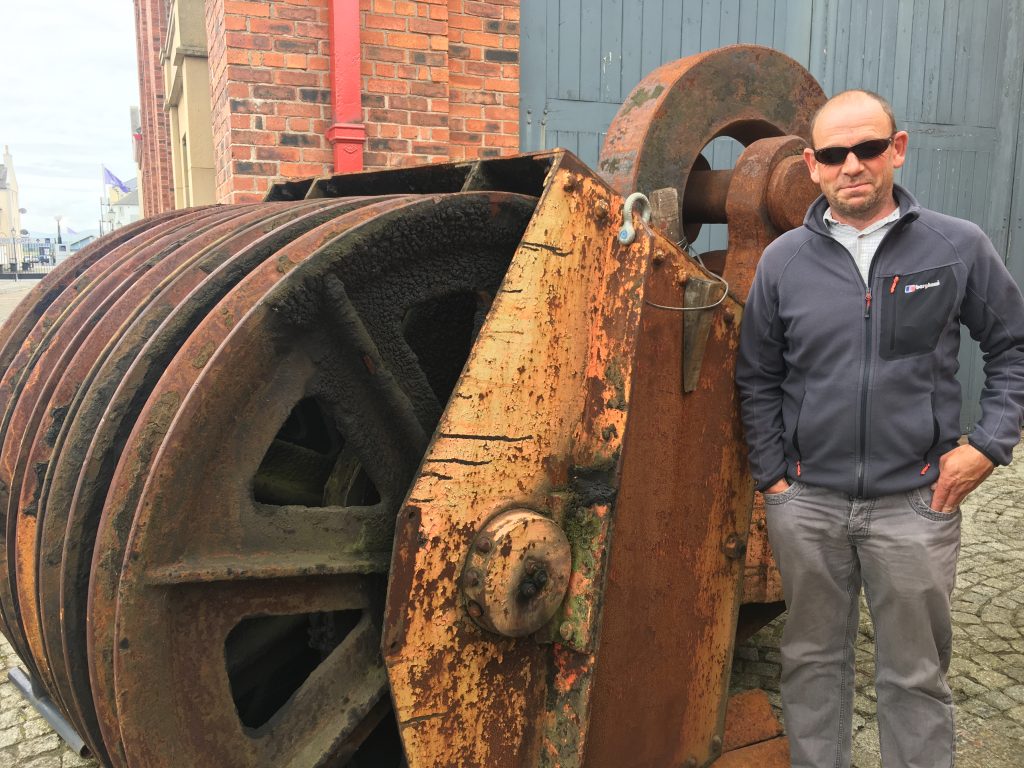 Some heavy lifting equipment – and Paul trying not to laugh!

Also thought provoking were some of the descriptions and exhibits that showed how boats were designed and built before we had computer aided design (it’s not that long ago really). The scale models of ship’s engine rooms had so much fine detail that they were works of art in themselves. 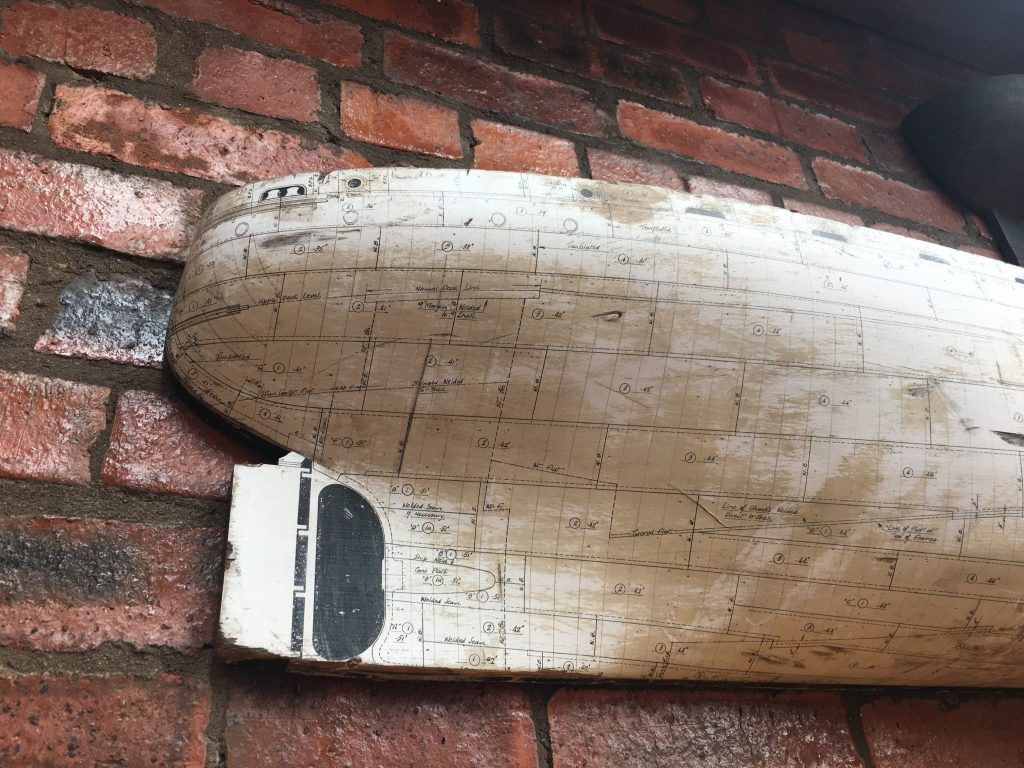